India's 26th GM Lalit Rohit dominated Thailand Chess Festival 2021 as he won both Classical and Blitz event. Lalit scored an unbeaten 7.5/9 and finished a full point ahead of the competition to win the Classical Open event. He scored a massive 10.0/11 on the rest day to win the Blitz event without making a single draw. In Blitz also, he finished a full point ahead of the competition. He won a trophy and US $2500 in Open, US$ 500 in Blitz. His first event after recovering from Covid was a team event for SJBVS. He scored an unbeaten 8.5/9 in that. Lalit scored 26.0/29 in the festival, suffered only one loss. Check out Lalit's games and his thoughts on a fantastic return to over-the-board action.

National Team in February 2020 was the last over-the-board event Rohit played and won for his team PSPB. It is poetic that, 22 months later, he played his first event, a Rapid team championship where he scored 8.5/9, for his team SJBVS. He remained unbeaten in this event just like the last team event he played. He was the highest scorer for his team, and they secured 4th position, scoring 12.0/18. The team won US $300. 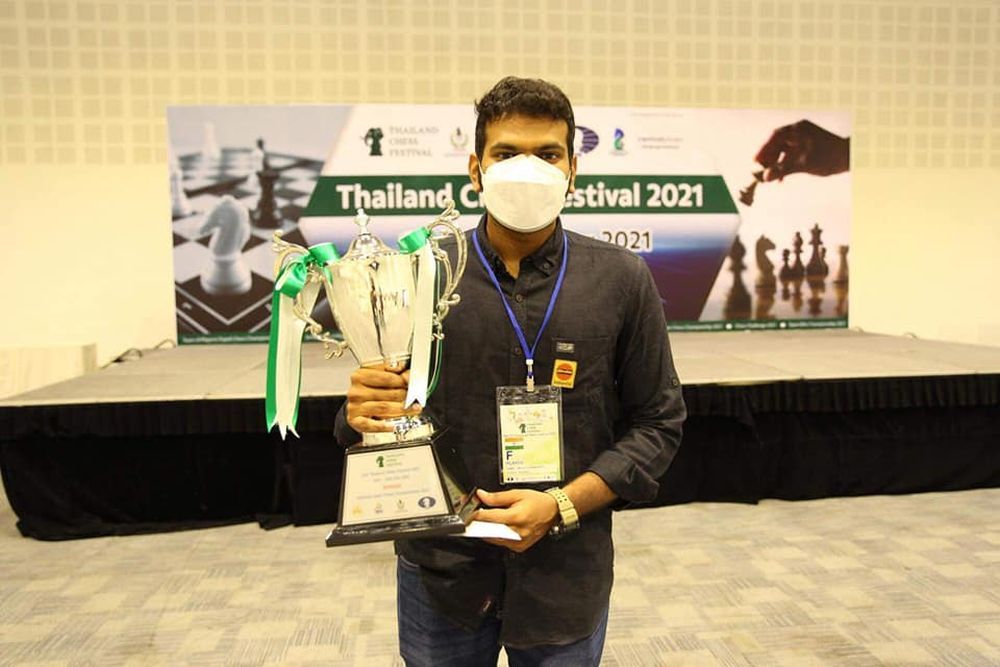 "Thank you very much. I think I am playing otb tournament almost after two years, my last tournament was on 2020 Feb. In Blitz tournament, I was happy with my game. I scored 10.0/11, though the line-up is same as the classic tournament, it was good pratice to me. Actually Thailand chess festival started with Team Rapid event, my first experience over the board" = Rohit on getting back to over-the-board action after 22 months.

SJBVS finished at 4th place in the Open Team event
Lalit with the team captain of SJBVS - IO and Planning and Development Commission member of FIDE, Sahapol Nakvanich

"Coming to classical tournament, I felt I should have done better. My initial thoughts after looking at the player list was like scoring 9.0/9 is possible. But not everything goes according to the plan. Playing against lower rated is always tricky. Some of them played better than their rating. Nevertheless I am happy to win the tournament, but I was slightly disappointed that I am still losing my rating -5, in that aspect I have lot to improve in my upcoming tournaments." - Rohit on the competition, his performance and experience. 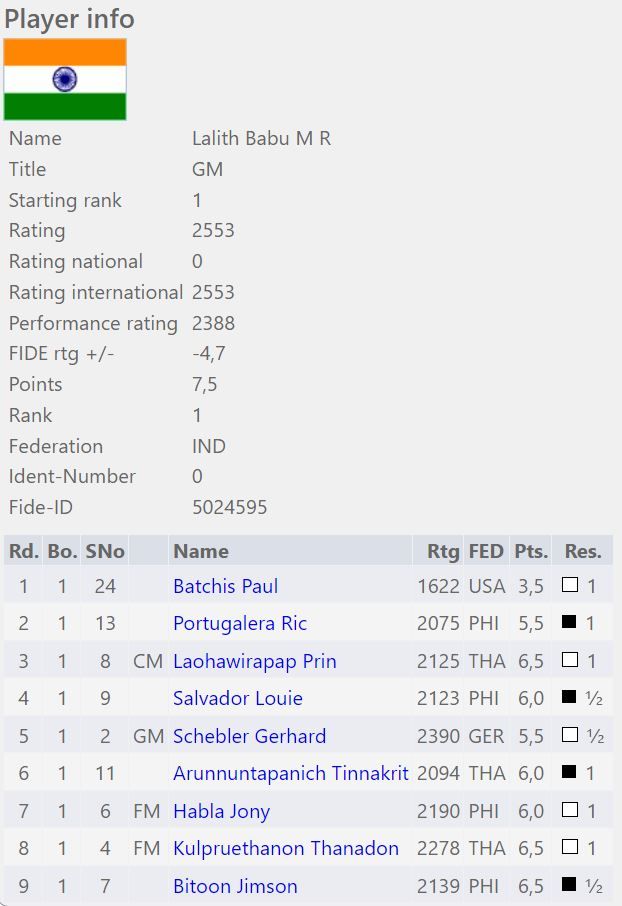 Lalit scored a lot of good victories, six to be exact. The best finish has to be against Ric Portugalera (2075) in Round 2. 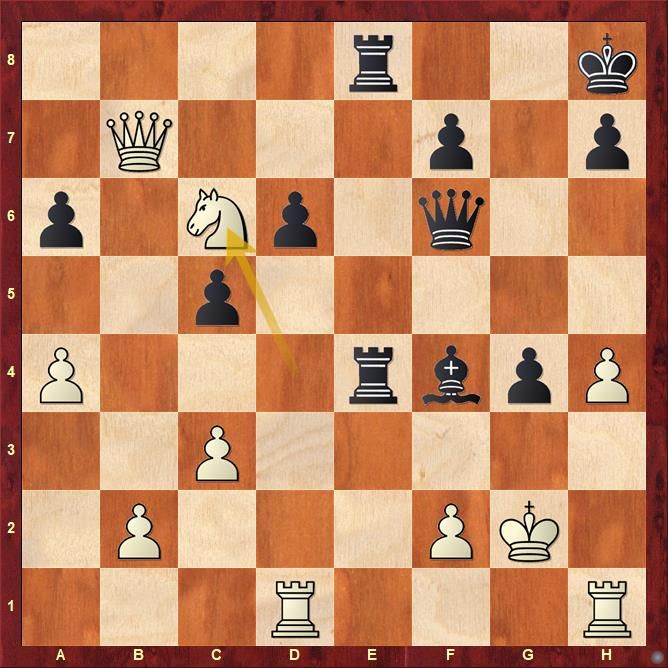 Black is completely winning in the above position. Find out the beautiful finish which Lalit executed in the game after 37.Nc6.

The feeling of playing over-the-board chess cannot be replaced by any other form of chess, a sentiment echoed by the strong GM Lalit Rohit | Photo: Thailand Chess Festival

When asked about travelling in the middle of the pandemic, Rohit said, "Actually not so difficult, I mean this is the new routine, RT-PCR, Mask-on. I think if we want to play otb tournaments, we better get used to it." Vergani Cup 2022 is the next event where we will get to see Rohit in action next.

Lalit scored 10.0/11 in the Blitz event with a no-draw approach! 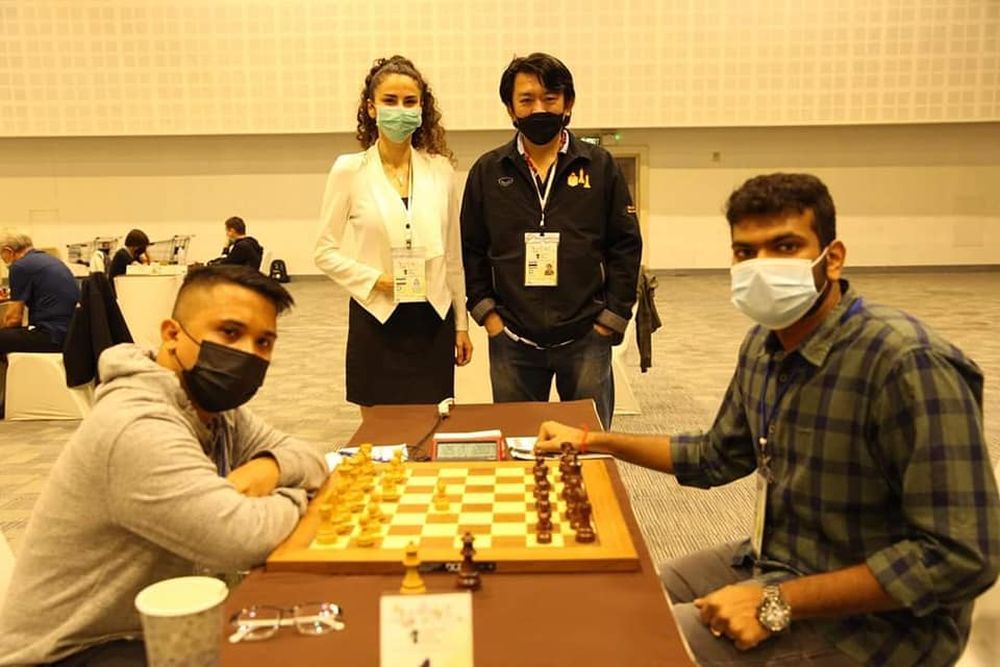 Rajesh Vasanthakumar won the Challengers scoring 6.0/7. He won US$ 400 as his first prize.

The tournament was organized by IO Sahapol Nakvanich at Central Chaengwattana, Bangkok from 13th to 22nd December. Rapid Team Open started the Thailand Chess Festival on 13th, Rapid Team Age Group took place on 15th, Open and Challenger event took place from 15th to 22nd with 18th being the rest day when the Blitz event took place. Players from ten countries across the world participated in this festival.