WIM Vantika Agrawal pulled the biggest upset of the tournament when she defeated two-time National Premier champion, GM Karthikeyan Murali in the 2nd round of LIC 3rd Kolkata International Open 2018. Rithvik Raja was a complete piece up against Abhijeet Gupta, but Mr. Commonwealth survived. Experienced IM D.V. Prasad has come to this tournament with great energy as he beat the in-form GM Deepan Chakkravarthy in Spanish game. We have a lot of material for you in this report with game analysis, excellent pictures and an interview with the FIDE Presidential candidate Nigel Short.

In complex positions there are very few players in the 2600 range who can be better than Karthikeyan Murali. The Indian youngster thrives in unusual middlegames because of his calculating abilities. In fact Karthikeyan even creates his own compositions in chess and is considered to be one of the best study solvers in our country. But WIM Vantika Agrawal knows no fear! She took on Karthikeyan's forte and outplayed him in a complex middlegame! How did she do it? Let's have a look. 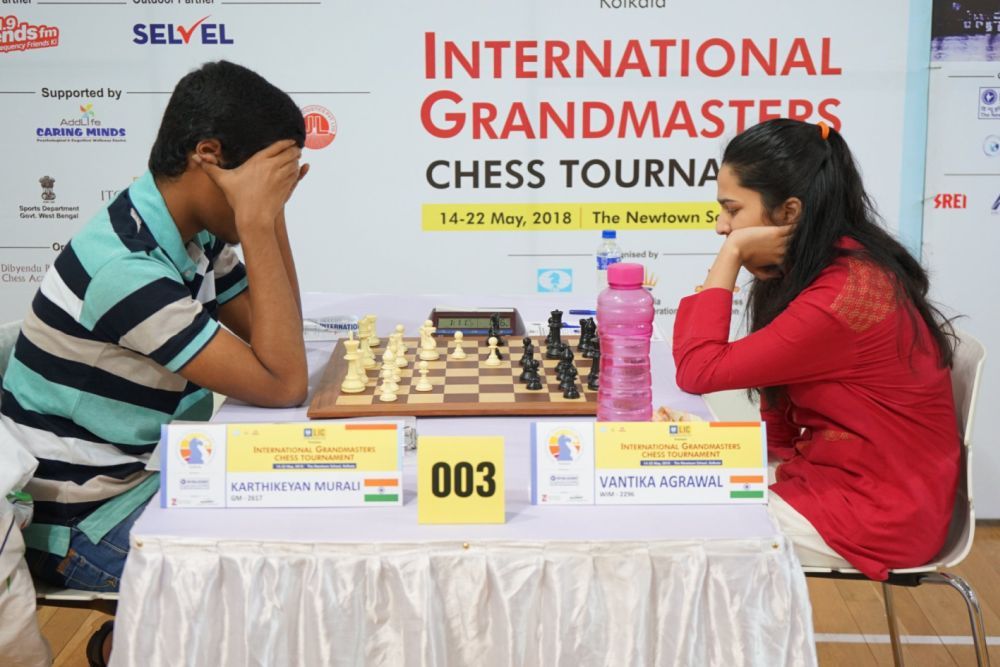 GM Karthikeyan Murali did not have his best day as he was humbled by Vantika Agrawal | Photo: Amruta Mokal 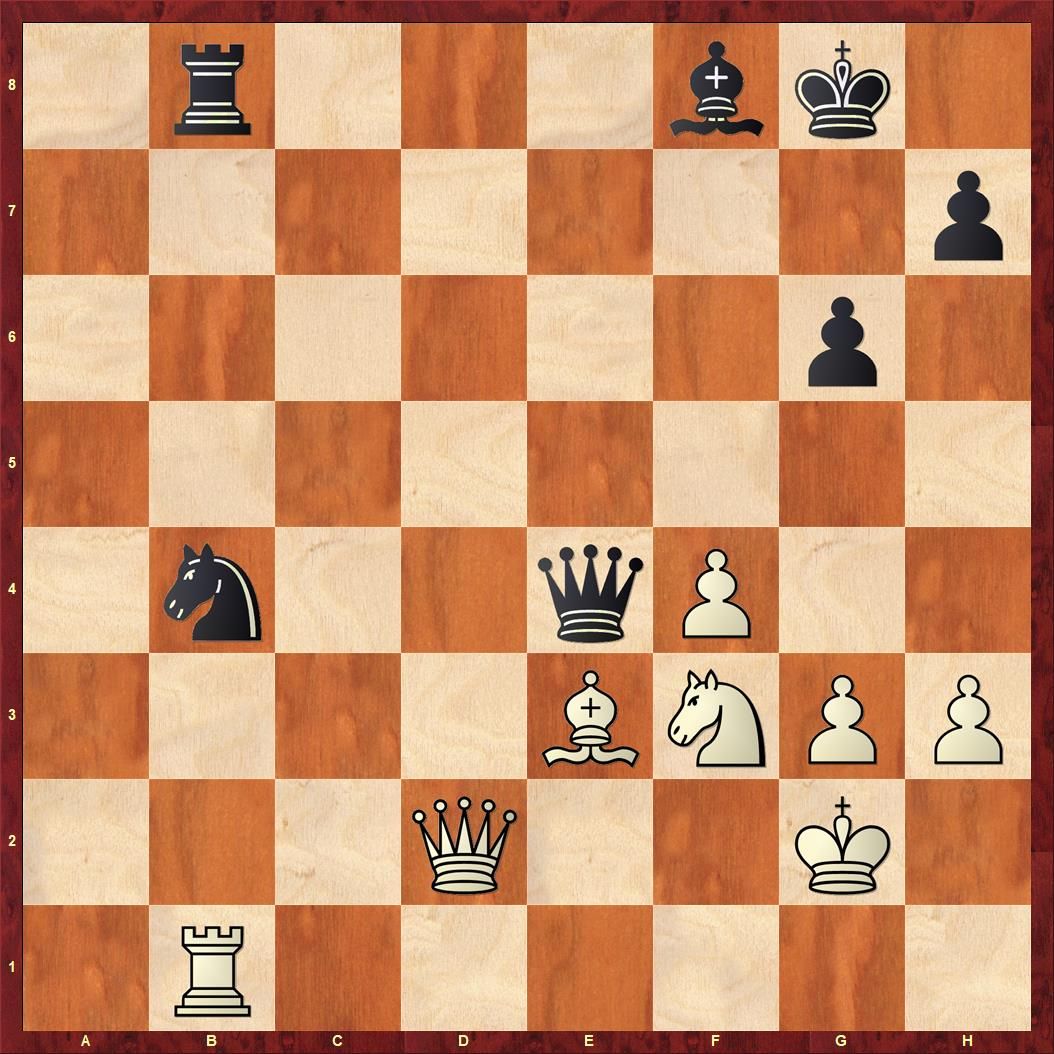 Take a gander and decide the best continuation for White here. Murali blundered in this position and things just went out of his hand.
WIM Vantika Agrawal talks about her win against Karthikeyan Murali

Abhijeet Gupta is well known in chess circles to trick his opponents. In his game against Rithvik Raja he was worse right from the opening and in the end he was dead lost. But somehow he managed to save himself once again! 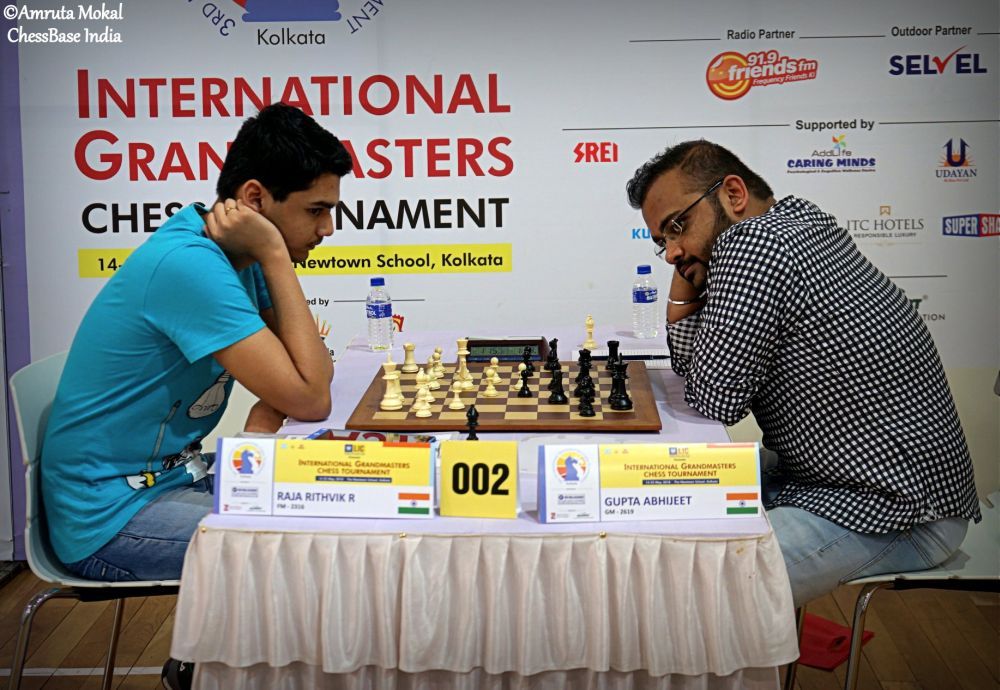 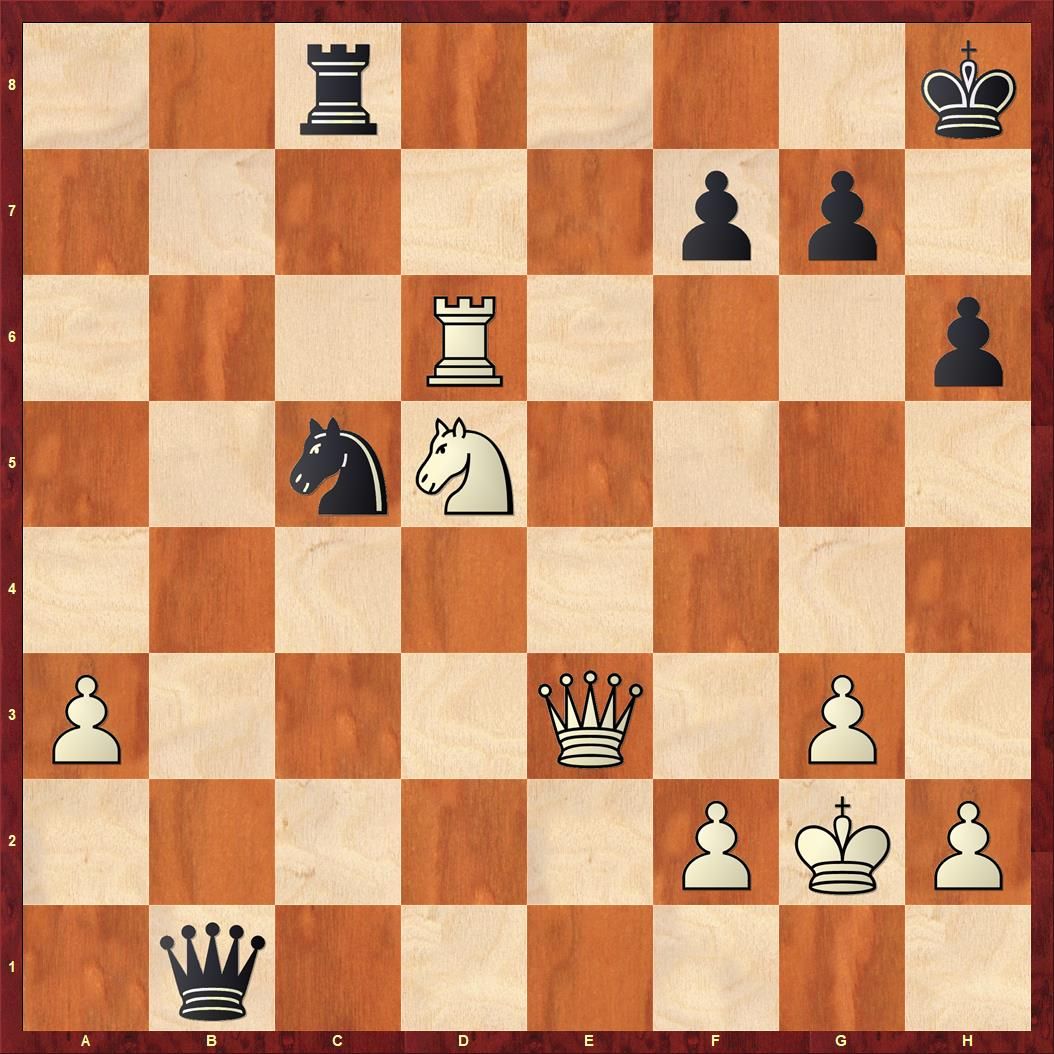 White is now able to win a piece. Can you see how?
Rithvik Raja tells us why he couldn't convert such a winning position 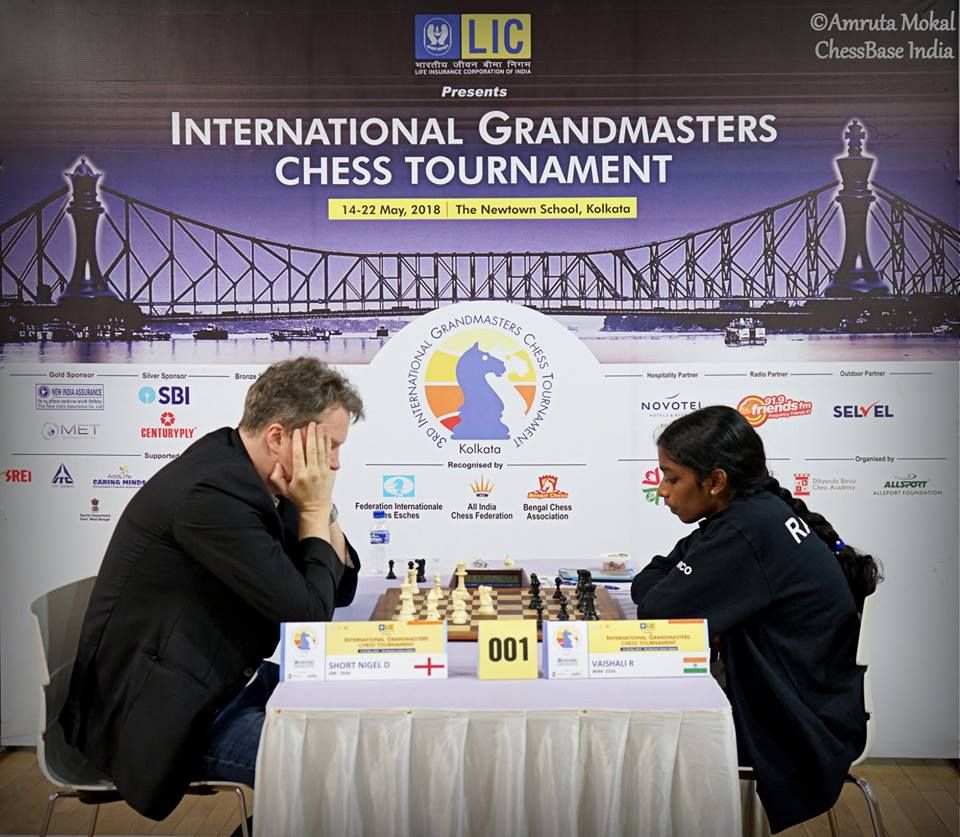 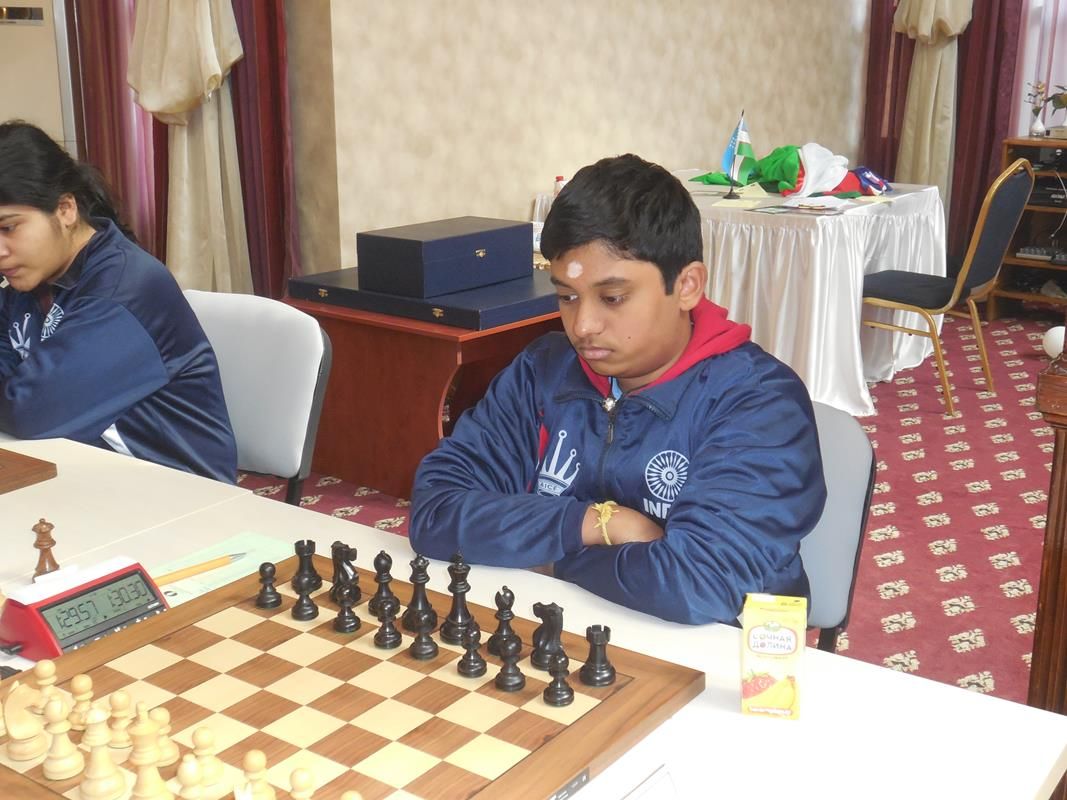 Sai played Symmetrical English and drew his game in the Rook-Pawn endgame after defending a barrage of attacks against his king. 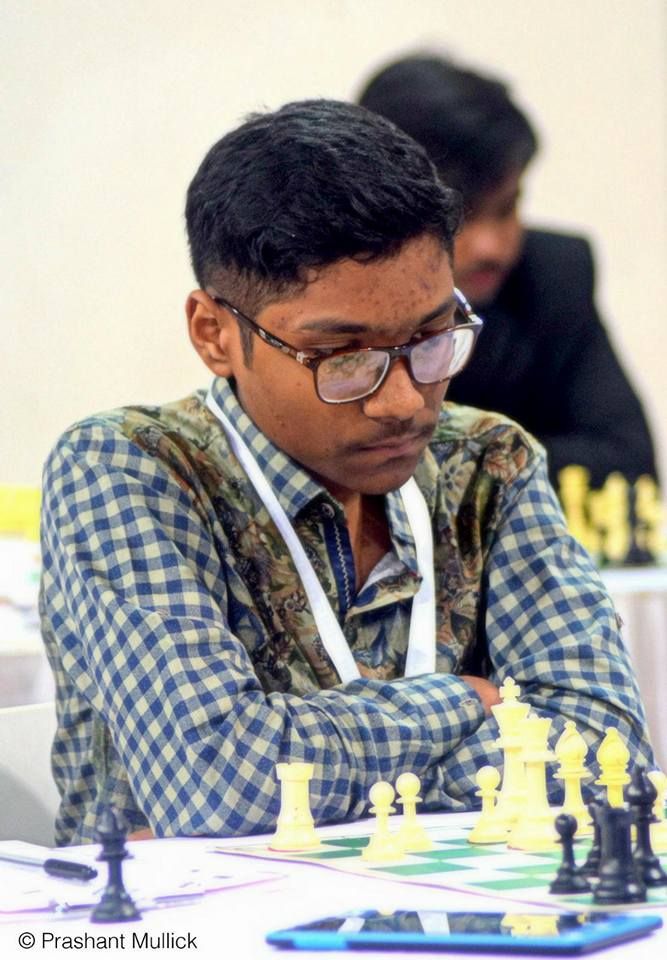 Fahad played Two-Knights variation in Caro-Kann's Defence and drew with Lalith in just 22 moves. Although there is a rule of no mutual draw before the 30th move of Black, a threefold repetition on the board is permitted. 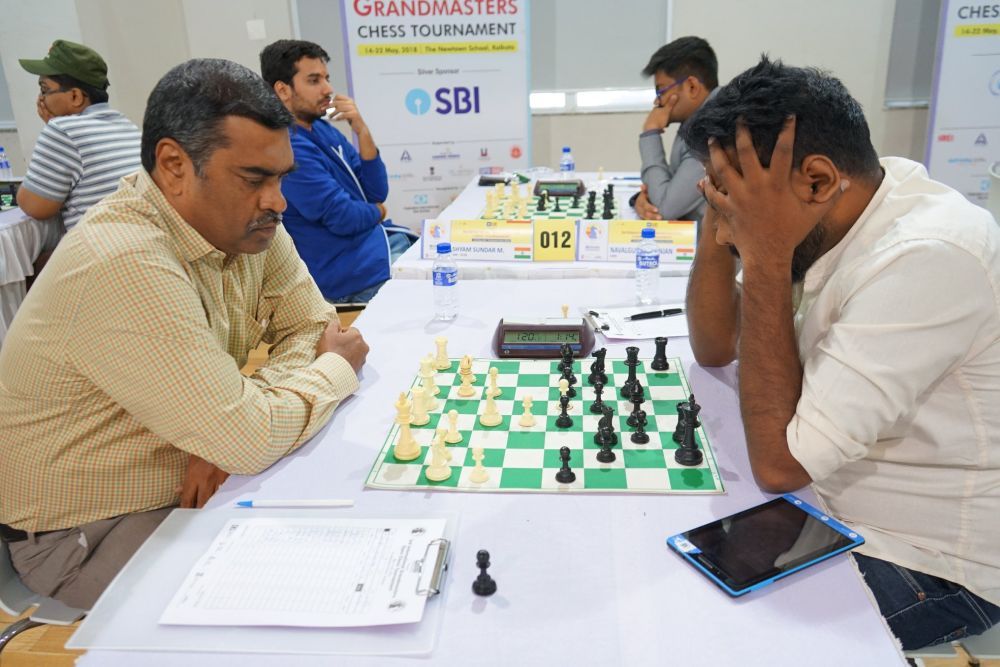 D.V. Prasad has a different look at this event. The experienced IM has beaten none other than the great Mikhail Tal in the Subotica Interzonal in 1987. Somehow it seems as if Prasad is in a similar kind of form as he showed some amazing understanding 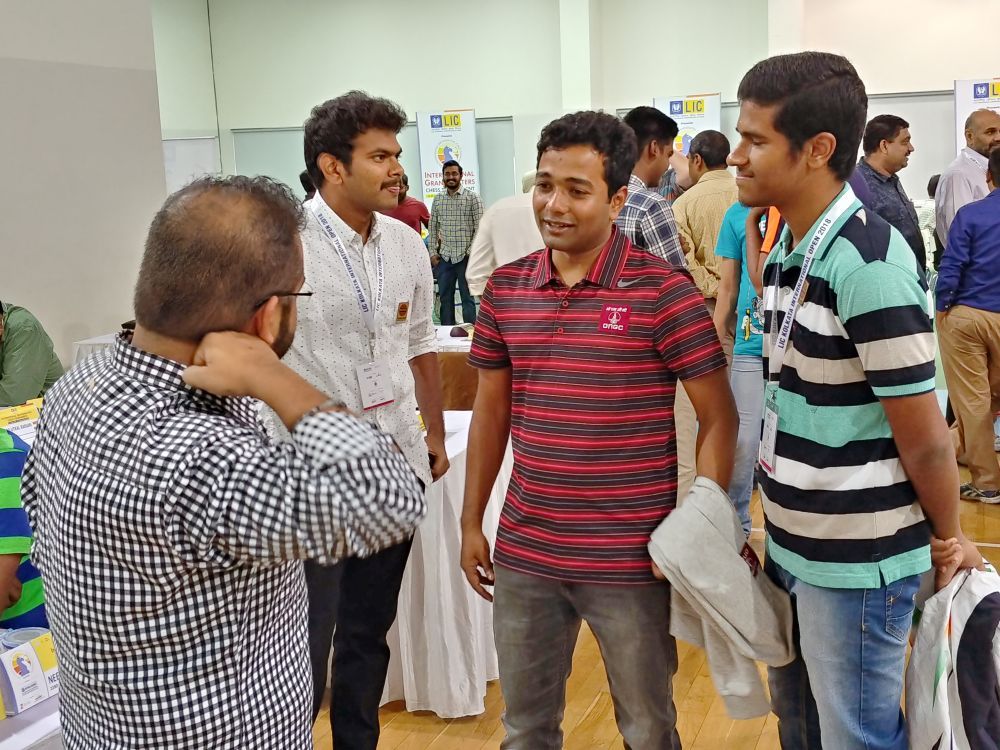 Who could have guessed that 3/4th of this pic would not be 2.0/2 after the completion of round 2. Only Deep survived! | Photo: Shahid Ahmed 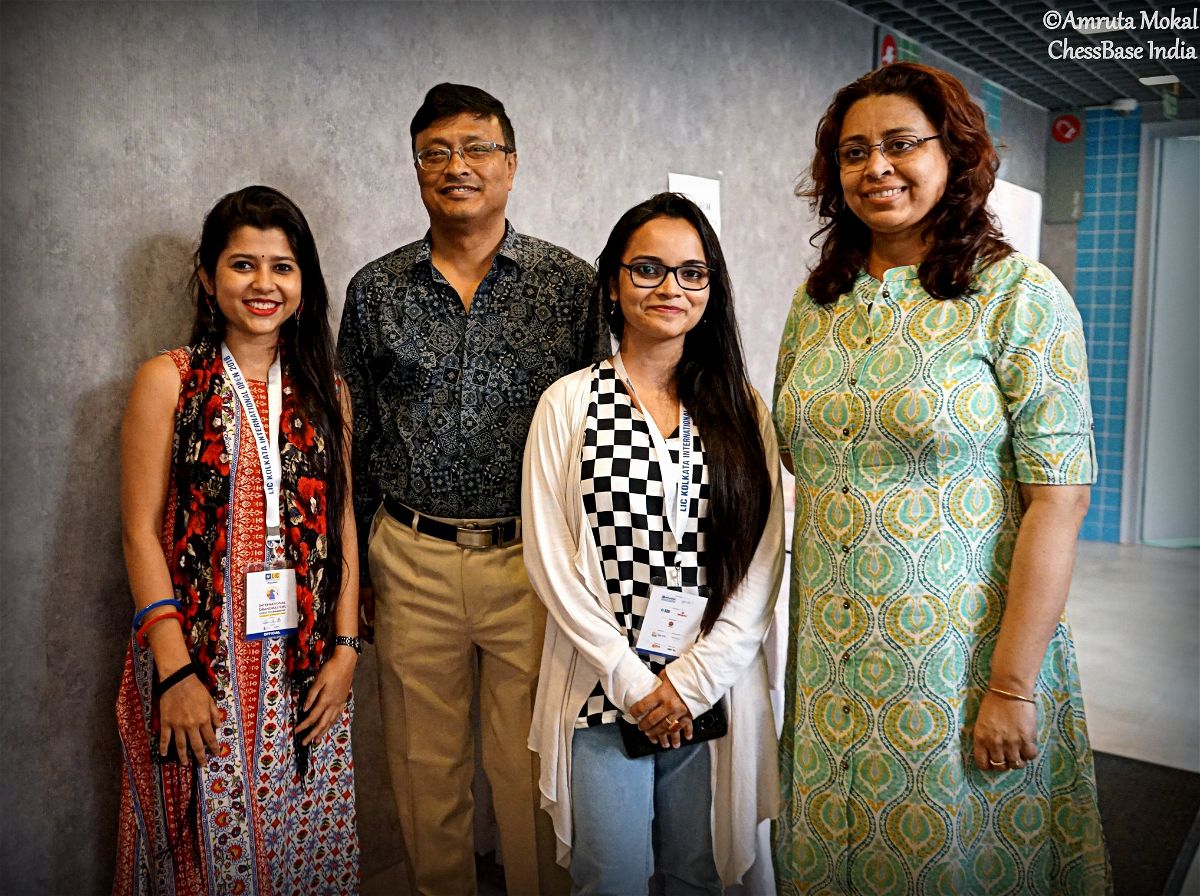 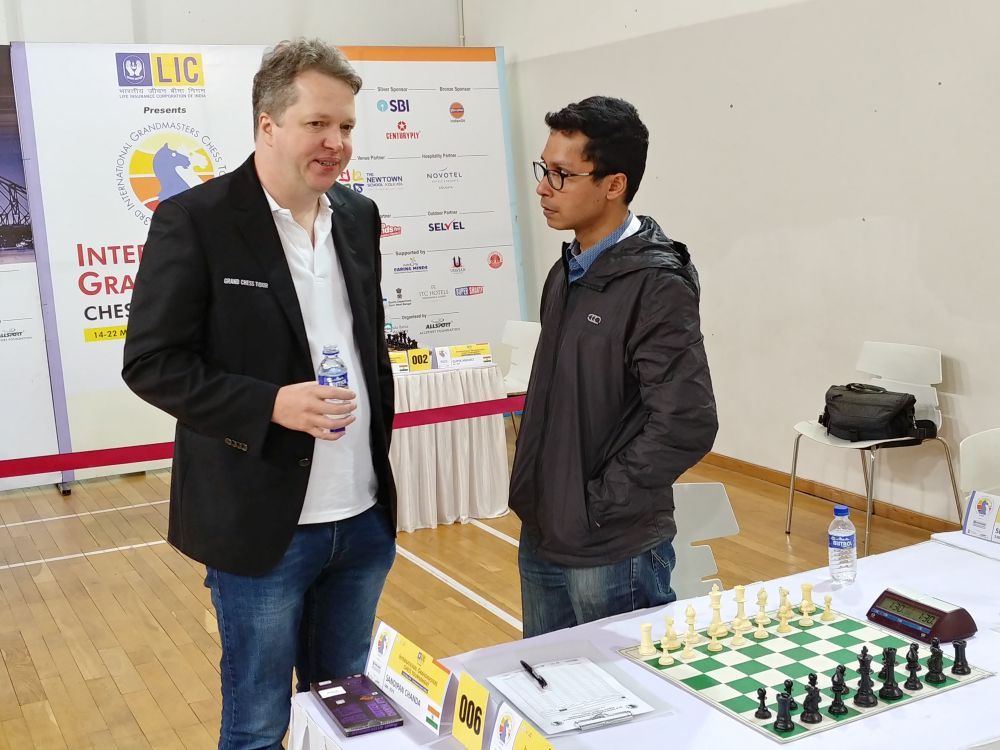 What do you think are Nigel Short and Sandipan Chanda discussing? | Photo: Shahid Ahmed 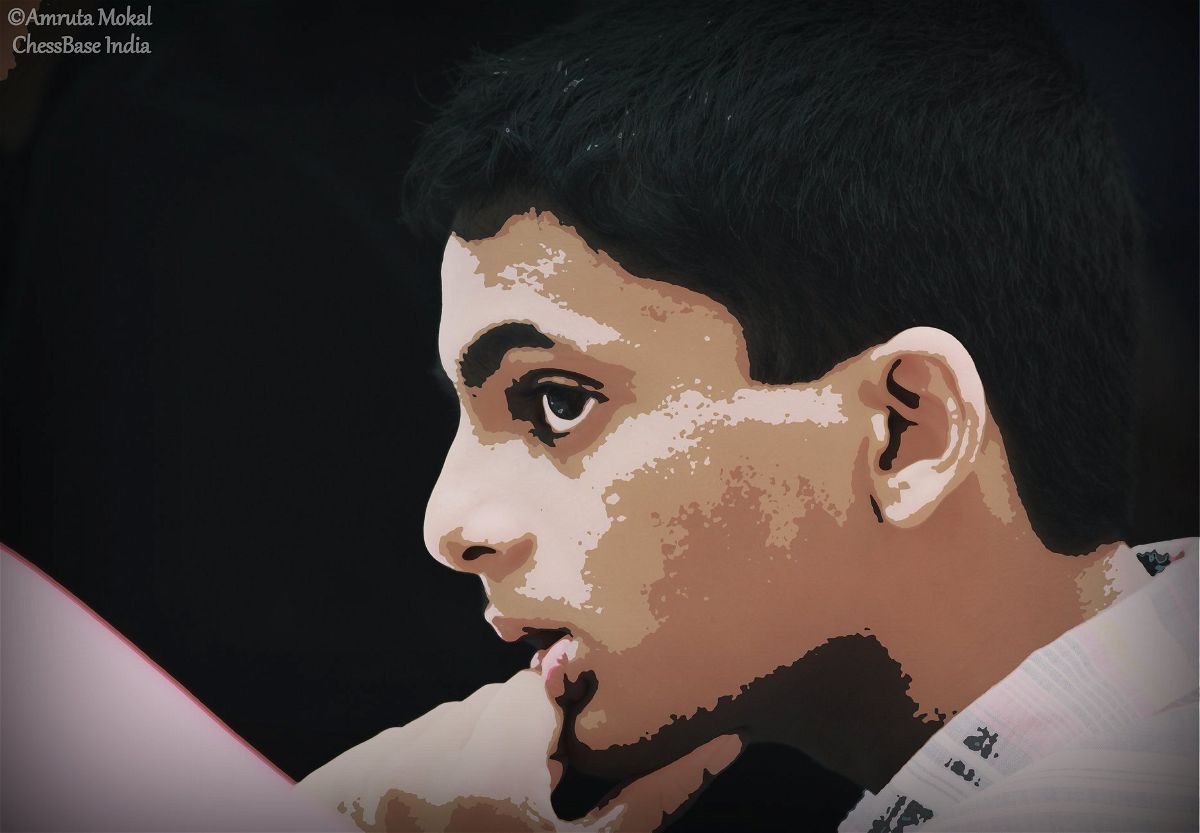 Nihal Sarin started off with a draw, but won his second round game in under 20 moves against Kushager Krishnater | Photo: Amruta Mokal 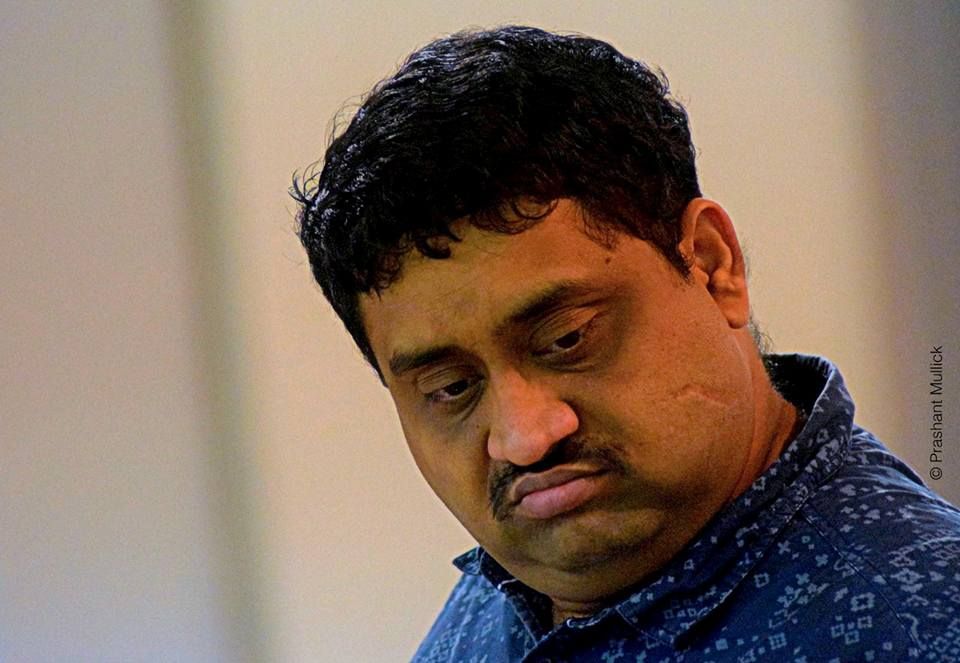 Can Laxman reproduce his brilliance from the Chennai Open 2018 | Photo: Prashant Mullick 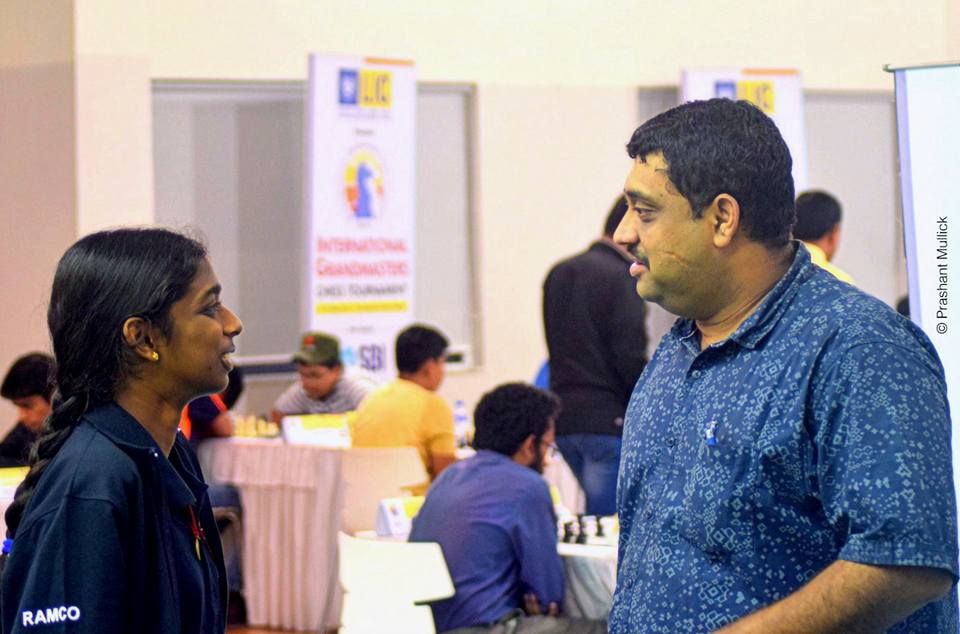 The winners of the recent ChessBase India online bullet tournament, Vaishali and Laxman discuss about what happened at the event! | Photo: Prashant Mullick 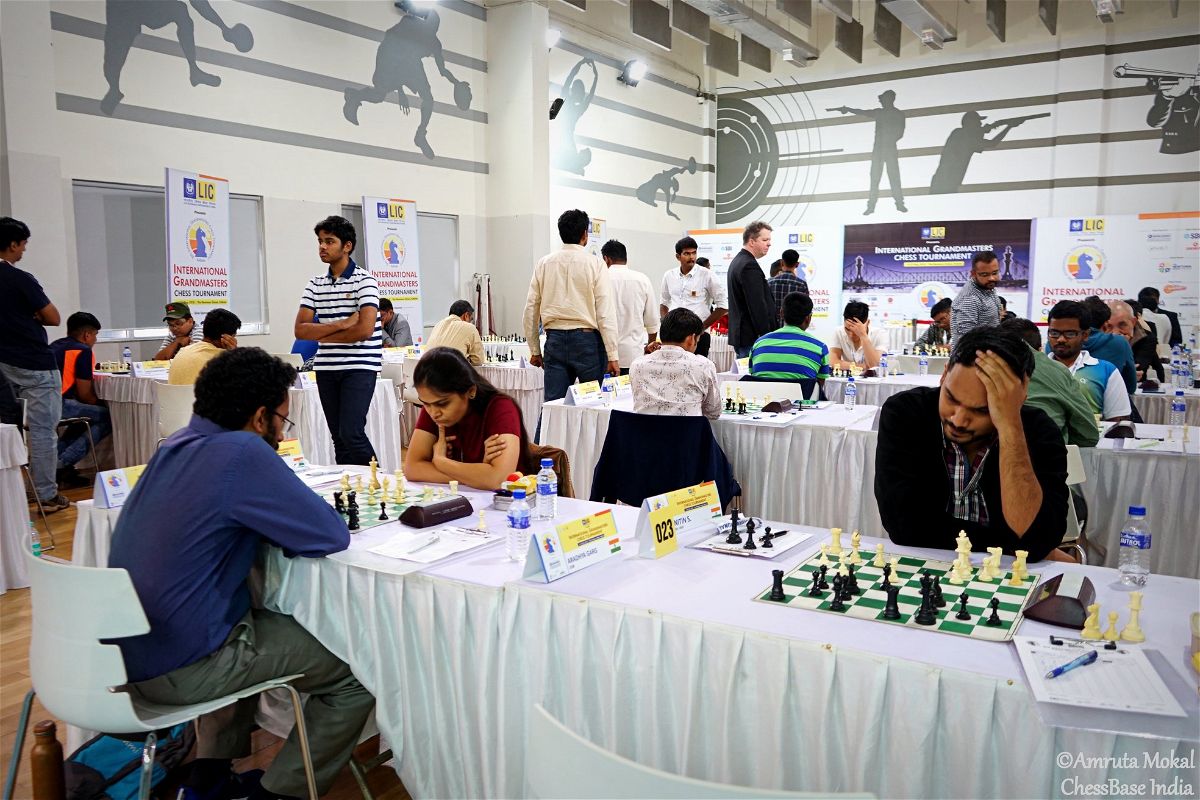 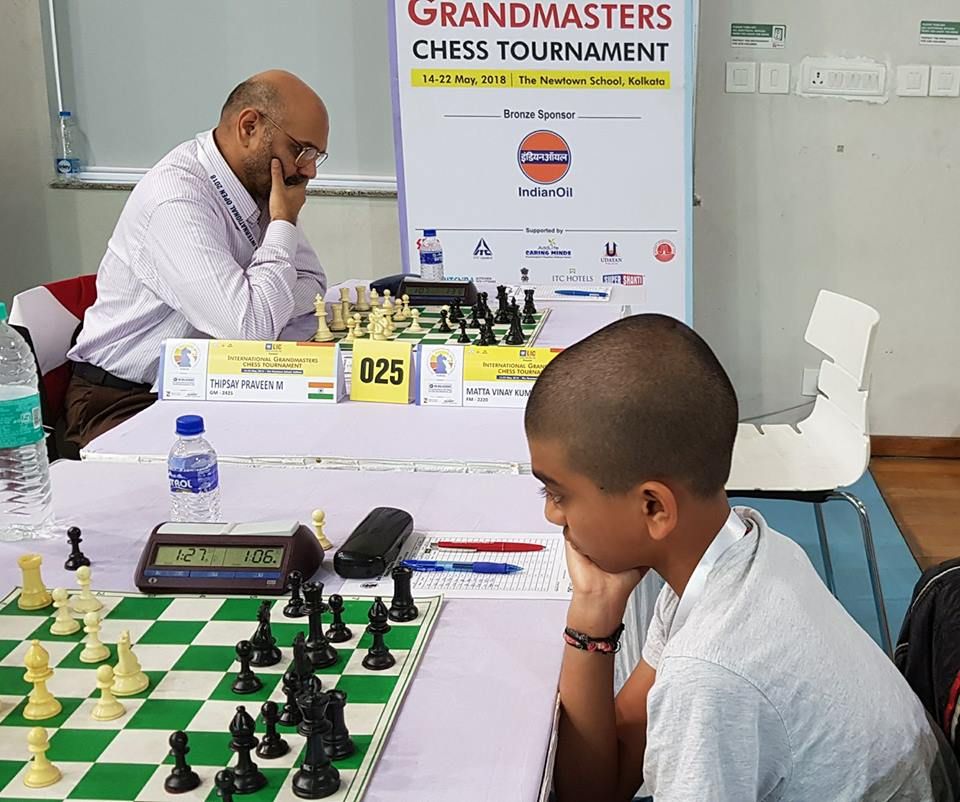 Generations apart, but the style is the same! D. Gukesh and Pravin Thipsay! | Photo: Sagar Shah 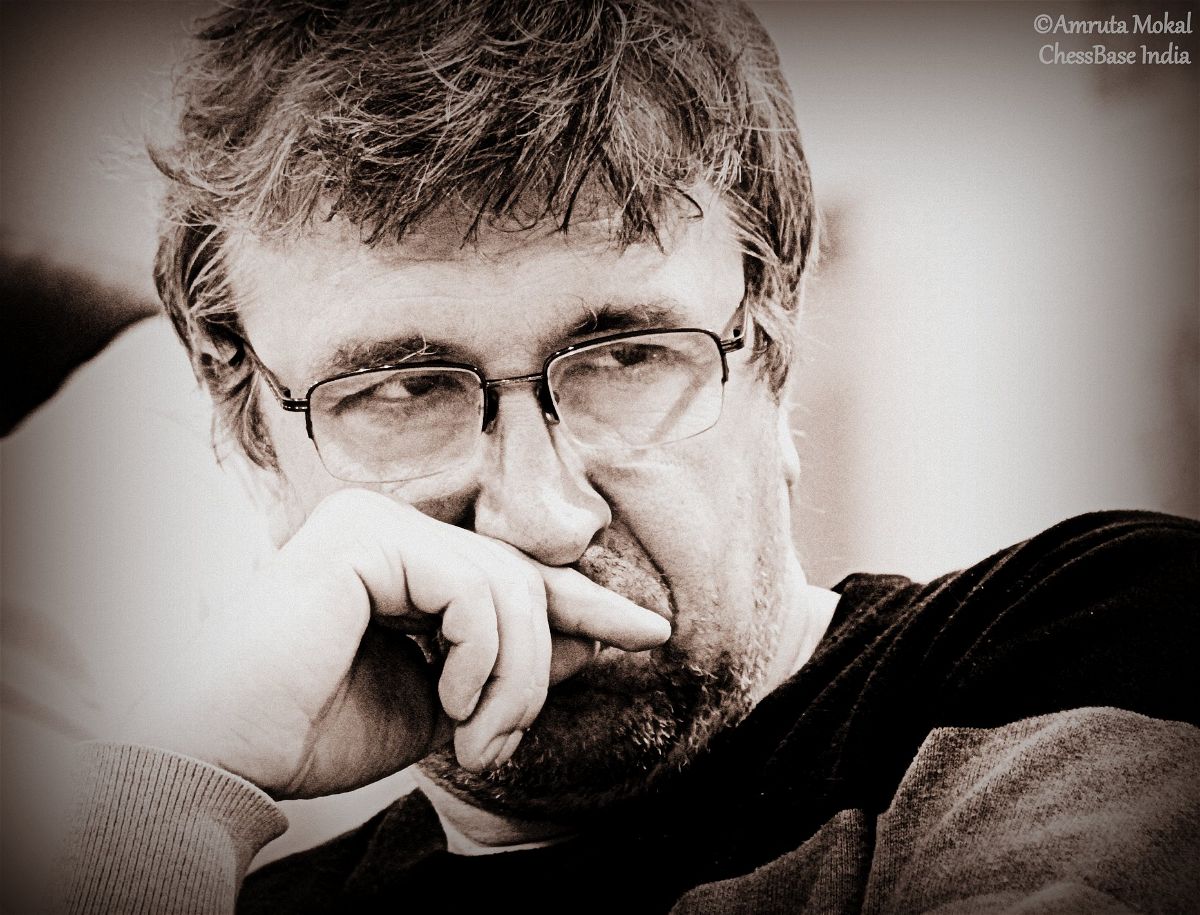 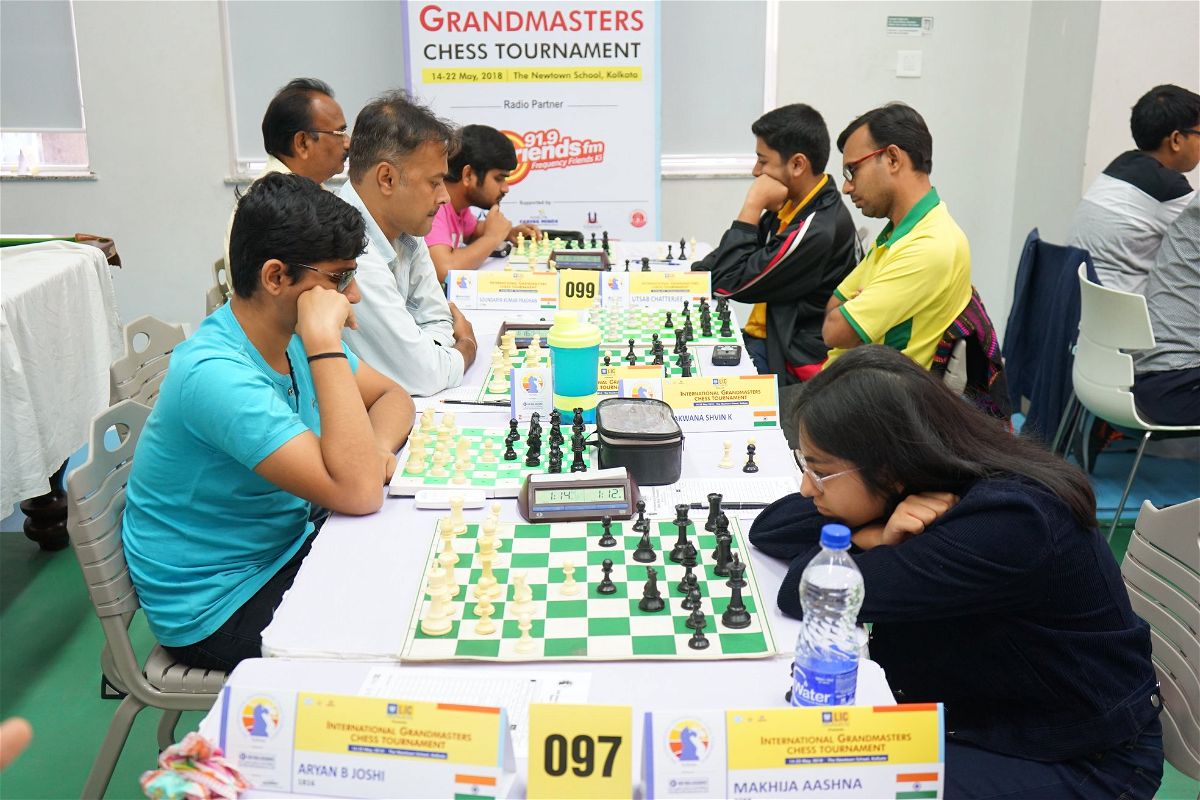 The blind team of India did really well. Aryan Joshi beat Aashna Makhija and Kishan Gangolli (not in the picture) was able to overcome Aniruddha Deshpande | Photo: Amruta Mokal 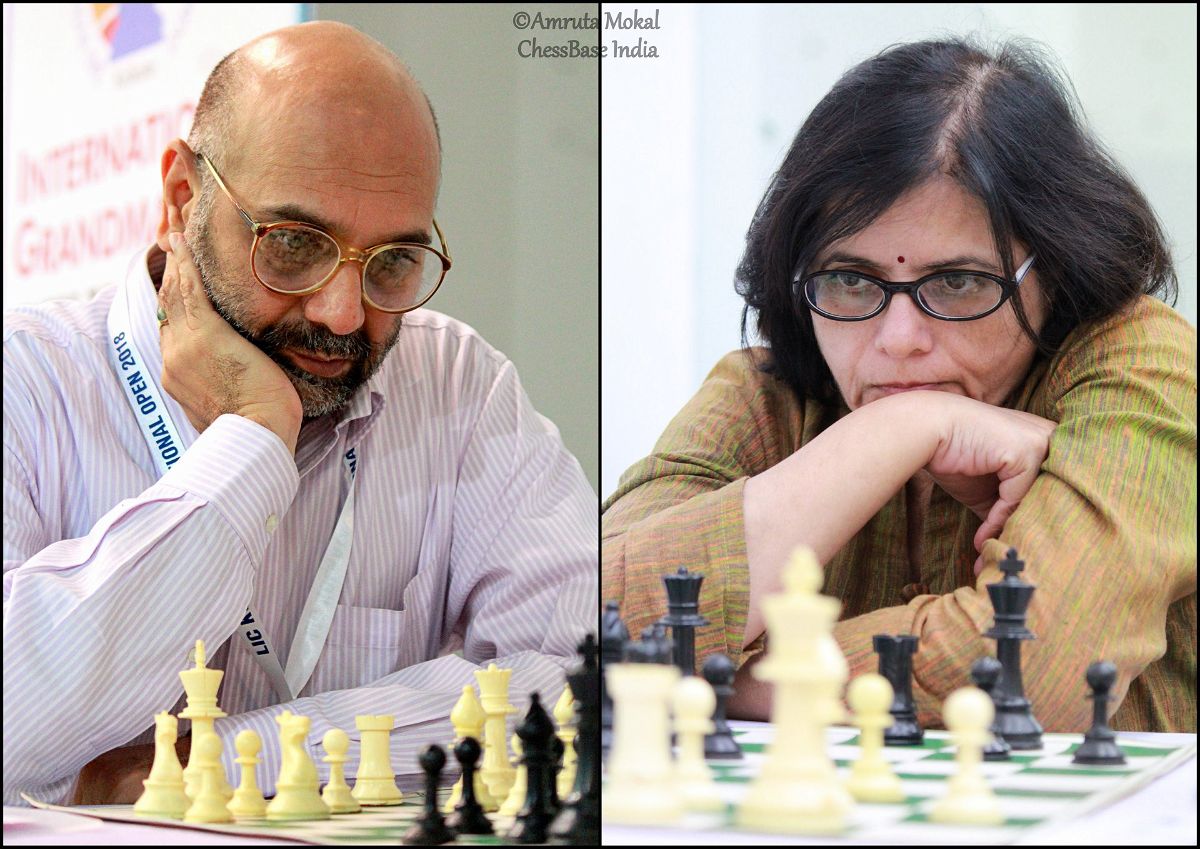 In an exclusive interview with ChessBase India, GM Nigel Short talks about FIDE Presidency, his plans, strategies and how opening a bank account will be a priority!