After enjoying sleepless nights with Ahana, Humpy is back on the chess board! 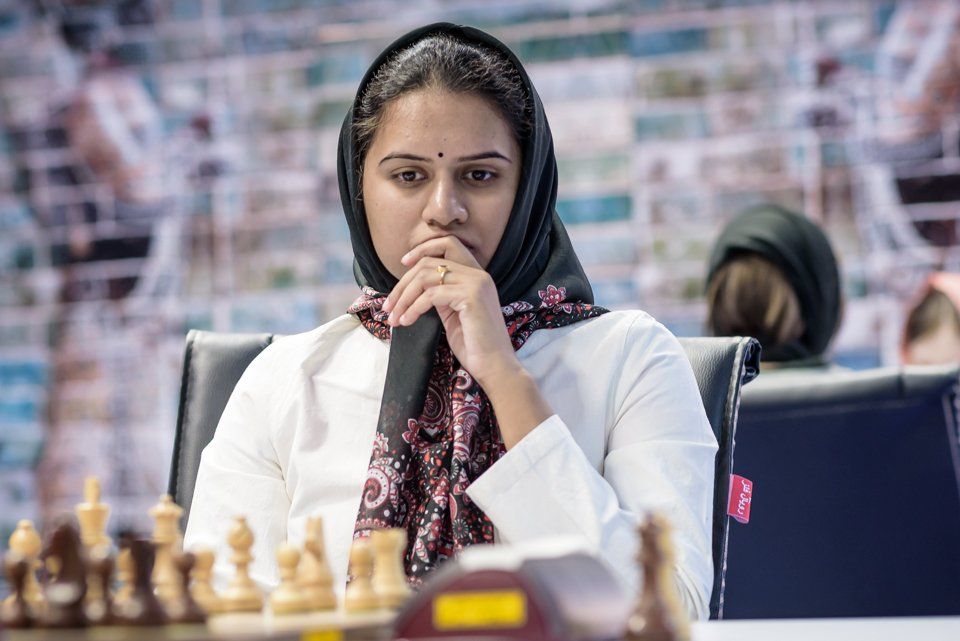 A strong woman looks a challenge in the eye and gives it a wink - Gina Carey, Humpy have ignited and inspired a million minds. | Alina l'Ami

Humpy is a big name not only in Indian chess circles but world over. She was the first Indian woman to become a full-fledged grandmaster and also the second woman player in the history of our game to cross 2600 Elo, the first one being Judit Polgar. It all started when she was five years old. Her father, seeing her extraordinary skills, concentration and keen interest began to play with her. Humpy quickly picked up the game and her father couldn’t believe that she was such a fast learner. For quite some time Humpy's only aim was to defeat her dad. Mr Ashok Koneru was a professor who sacrificed his job to help his daughter fulfill her dreams. He resigned his job to became a full time chess trainer and a mentor for Humpy.  At 6 and 7 she won the district and state level tournaments and soon after she won the Under 8 National Chess Championship in 1995. Then winning under 12, 14 and 16 championships at the national level was just a cake walk for her. 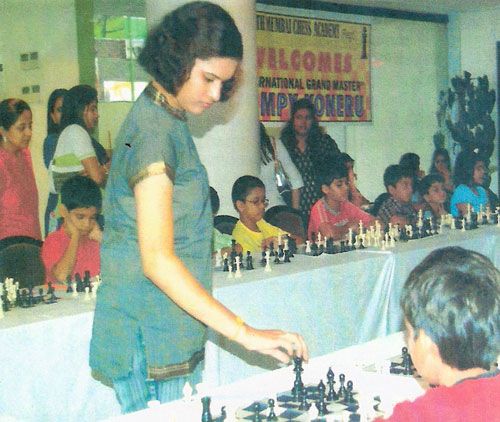 In 2002, Humpy not only became the first woman to become a Grandmaster in India but also became the youngest woman ever to achieve the title of Grandmaster beating Judit Polgár's previous mark by three months which was later broken by Hou Yifan in 2008. | Photo: SMCA

At the age of 12 she got the International Master title and at 15, winning the title of Grandmaster was commendable. She was the youngest woman to achieve this.  She became only the second woman to have exceeded the 2600 Elo rating mark after Judit Polgar and had a peak rating of 2623 in 2009. In August 2014 she married Dasari Anvesh and took a big break from sport for the sake of her family. 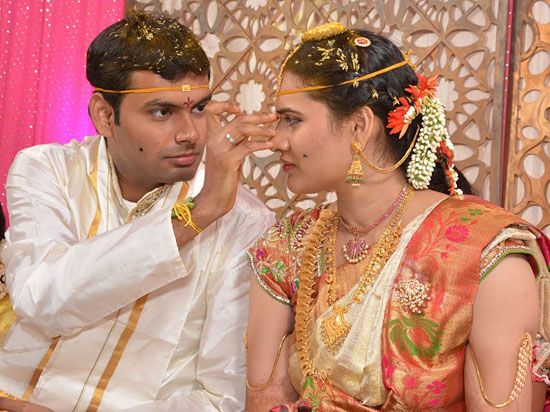 Anvesh Dasari is the Project Director (R&D) of Effectronics private limited, a company in which his father Ramakrishna Dasari is the Managing Director and CEO. | Photo Koneru Humpy

Sagar Shah (SS): How has been your life recently without too much chess?

Koneru Humpy (KH): Well life is more hectic without chess and this is the first time that I took such a long break....eagerly waiting to come back. 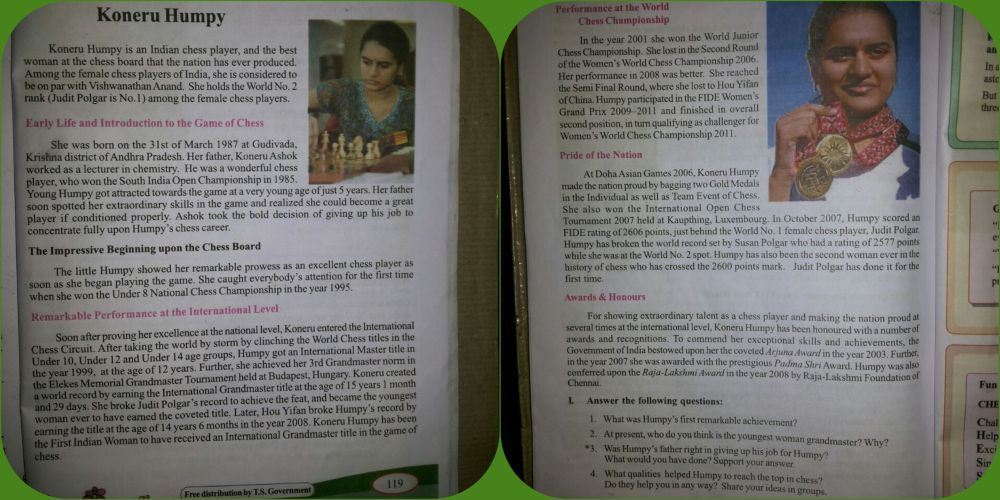 Did you know Humpy has an entire chapter dedicated to her in the Telangana state school English text book!

Sagar Shah (SS): How old is your child, what's the name and how has been life as a mother?

Koneru Humpy (KH): My daughter is now 13 months old now and we named her "Ahana". Enjoying sleepless nights and learning many new things to handle her.

One of the most beautiful gifts the world has to give - "Daughter" , And Ahana is just a month shy from her first Birthday! | Photo: Koneru Humpy

Sagar Shah (SS): You are playing after a break of two years. What brought you back?

Koneru Humpy (KH): Well I played my last tournament in 2016 and now Ahana is 13 months old. I think now I can start travelling again for chess events. 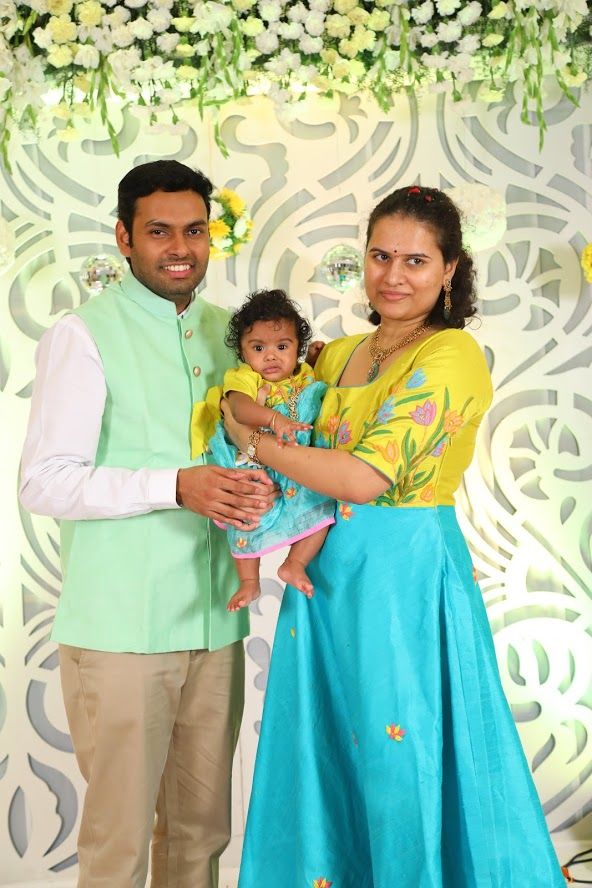 Since Ahana has already turned one year old, Humpy is gearing up to resume her travel and already in a competitive mood! | Photo: Koneru Humpy

Sagar Shah (SS): What is your aim for team India?

Koneru Humpy (KH): The ultimate goal of everyone is to win a medal in the Olympiad but I feel that above all we need to enjoy the game and not keep too much pressure. 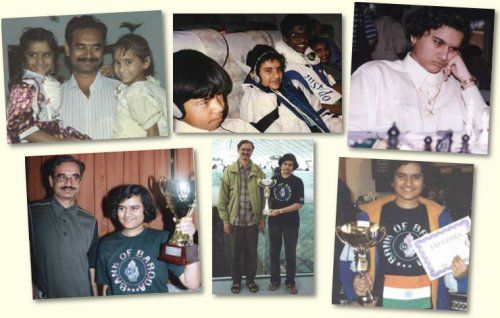 We will again see the legend in action fighting for the Women World Championship title in November at Khanty-Mansiysk in Russia! Photo: Humpy archives

Humpy reached the semifinals of the Women's World Chess Championship with the knockout format three times: in 2004, 2008 and 2010. | Photo: Alina l'Ami

Recently the Indian state of Kerala experienced one of the worst floods in a century. Severe flooding has hit the state with unusual high rains and landslides and according to reports from the state, the death toll reached 474 and 36 people were still missing. ChessBase India organised a live show on the 22nd of August 2018 at 8 p.m. to raise funds for the flood victims which featured the third GM of Kerala, 14-year-old Nihal Sarin analysing some of his best games of chess. A lot of people came forward and supported the cause by contributing. The total amount collected and donated to Chief Minister's Distress Relief Fund was Rs. 1,74,463. Among the Indian chess players it was Koneru Humpy who made the largest contribution of Rs.25,000. 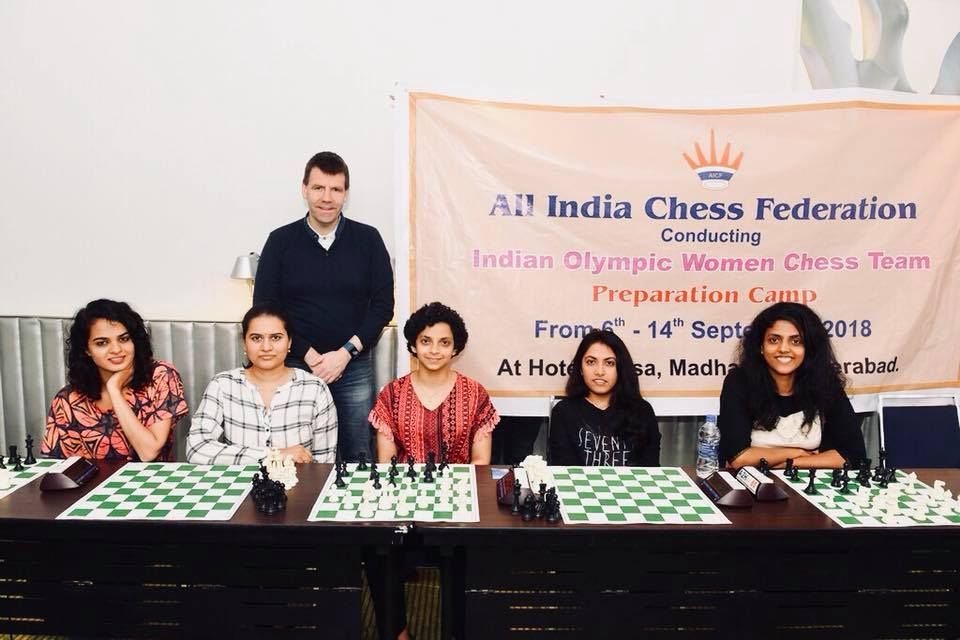 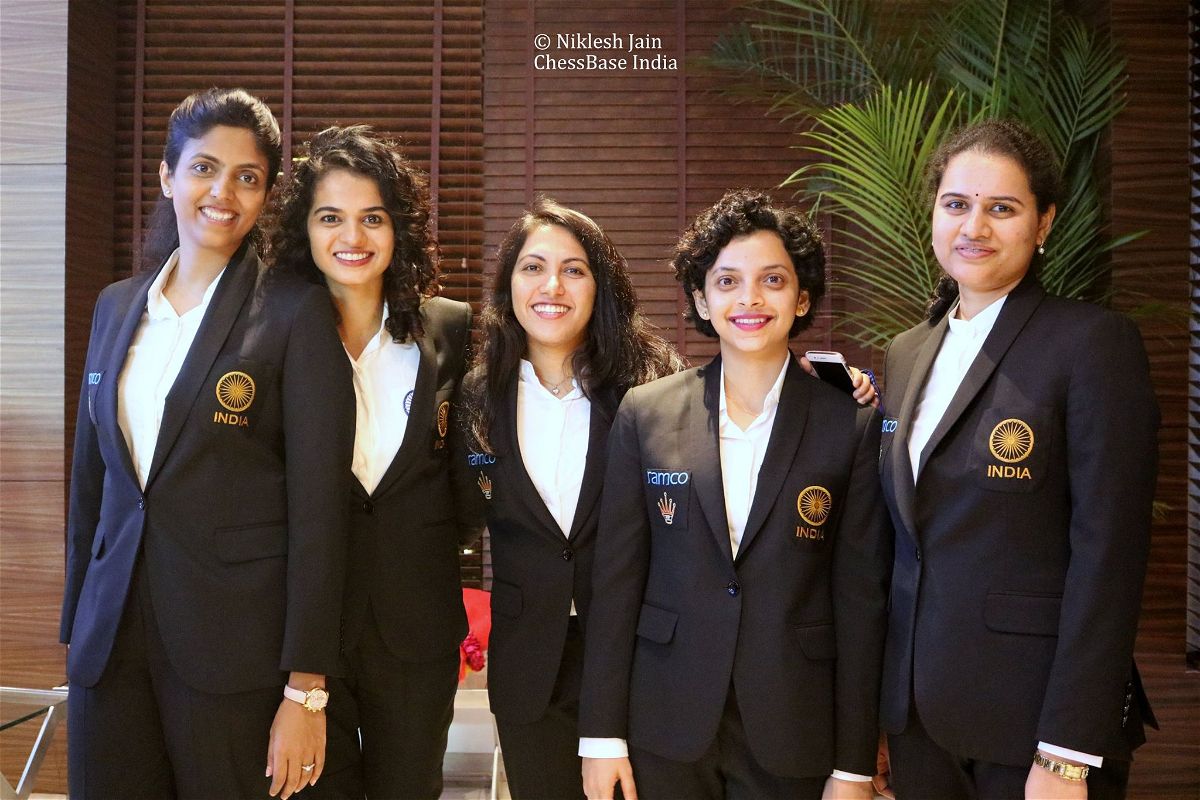 Beauties with brains! You have to agree! | Photo: Niklesh Jain
Interview with Koneru Humpy on 20th of September by Niklesh Jain before the Indian team left for the Olympiad in Batumi
Related news: