IM Harsha Bharathakoti took sole lead with a score of 7.0/8 after defeating GM Deep Sengupta in the 8th round. There are five players at the joint second position with 6.5/8, Azer Mirzoev, Tarlev Konstantin, Himal Gusain, Alon Greenfeld and P Shyam Nikhil. Azer Mirzoev and Tarlev Konstantin drew their games quickly and Sandipan and Shyam Nikhil's marathon game ended up in a draw. Total NRS 10 lacs is up for grabs for all the prize winners, first prize being NRS 2 lacs. Final round starts at 9 a.m. NST tomorrow. We bring you games, photos and videos from round 7 and 8. 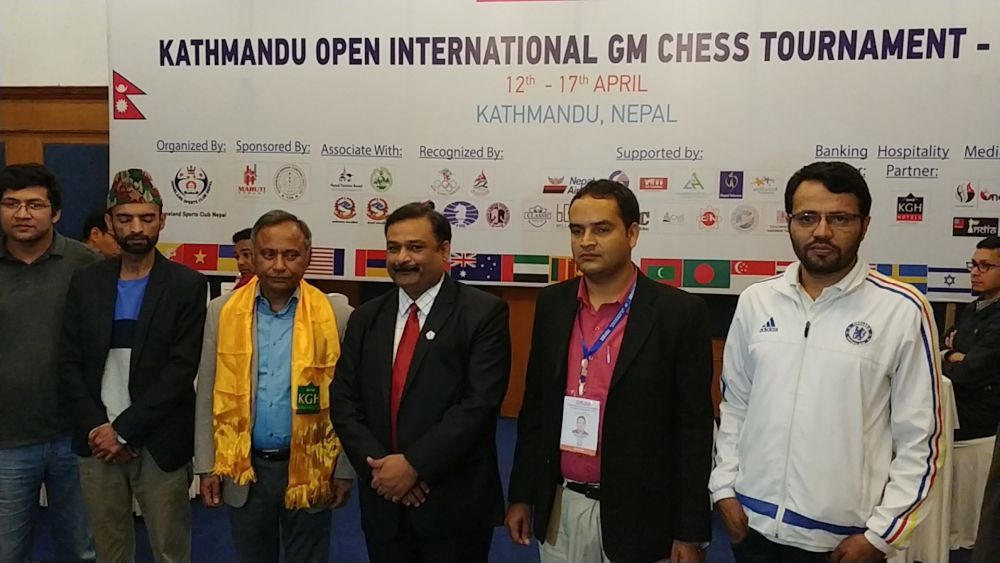 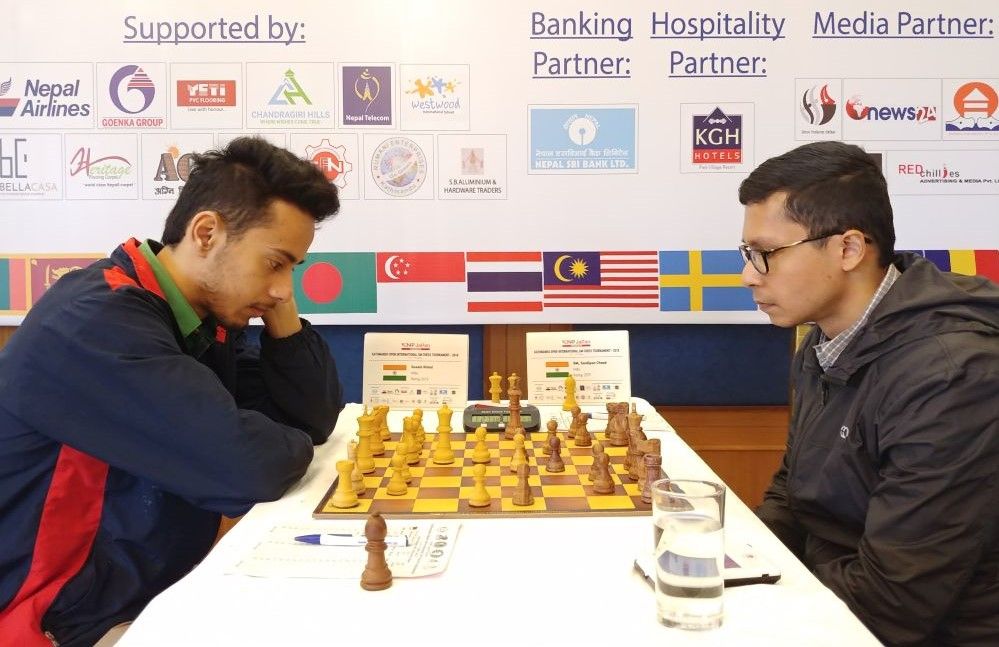 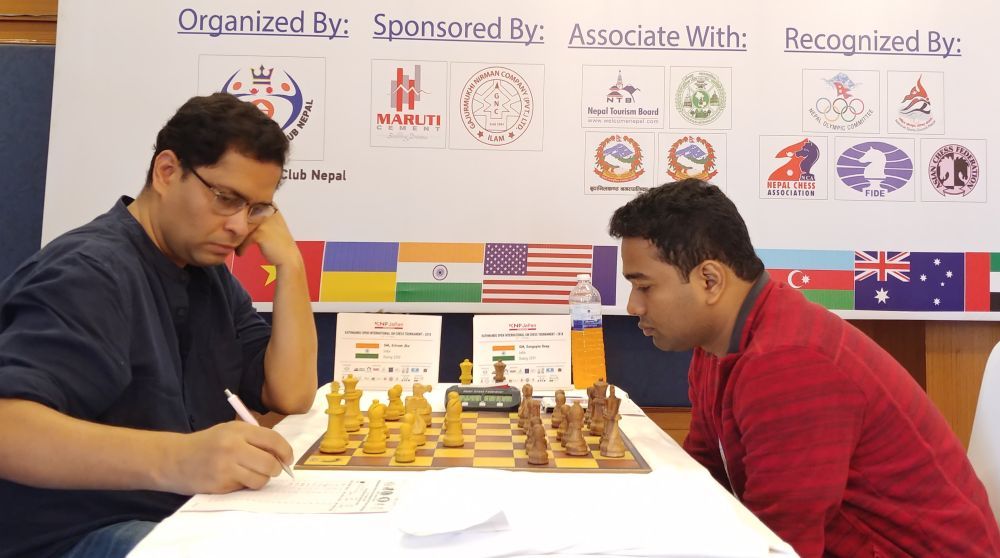 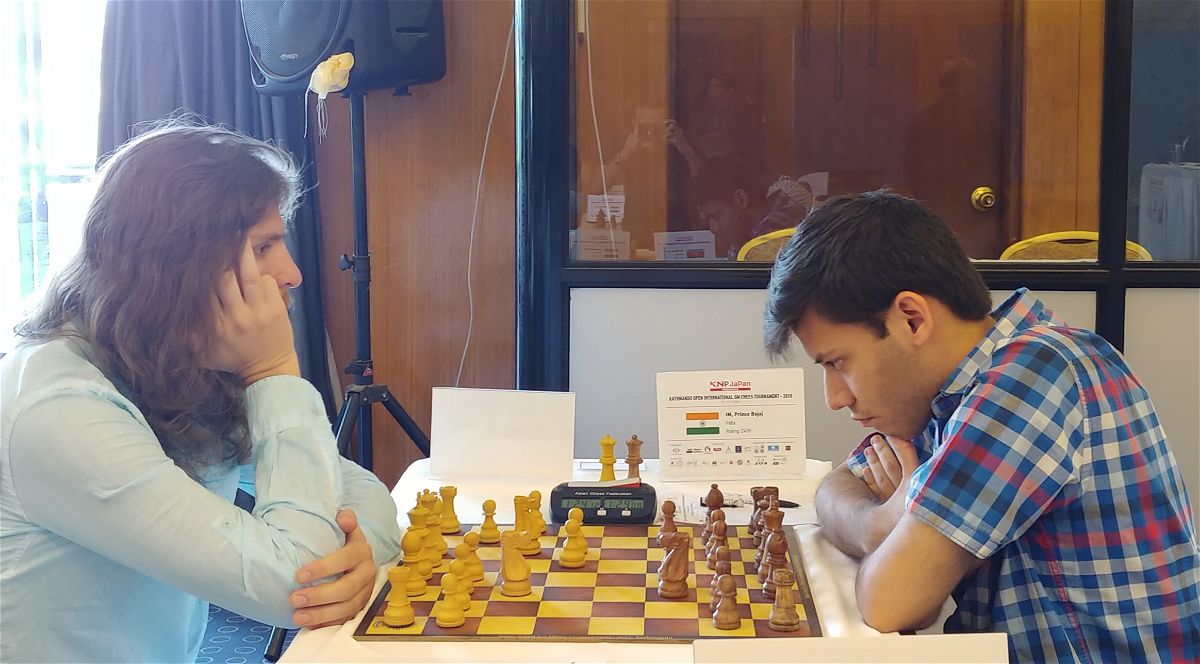 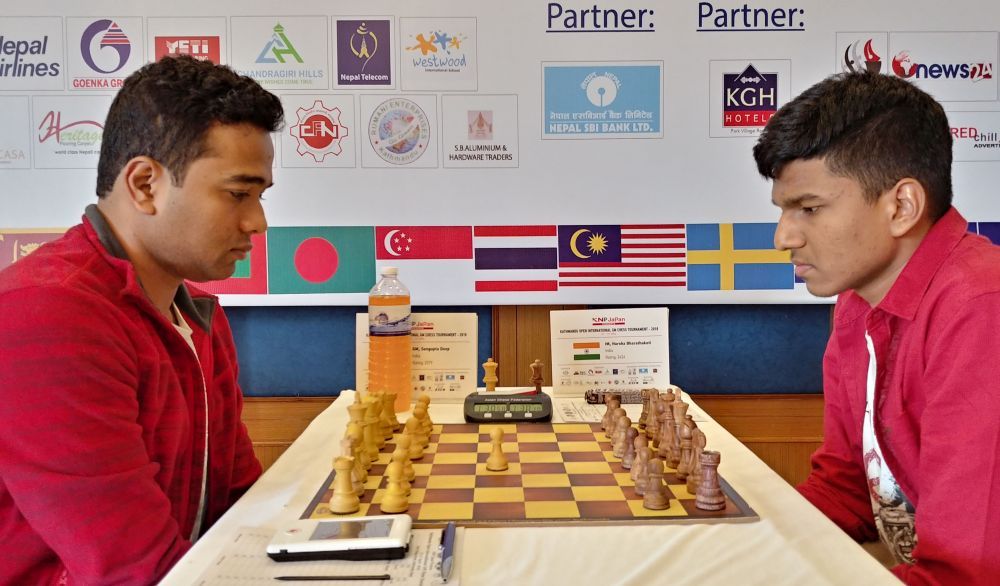 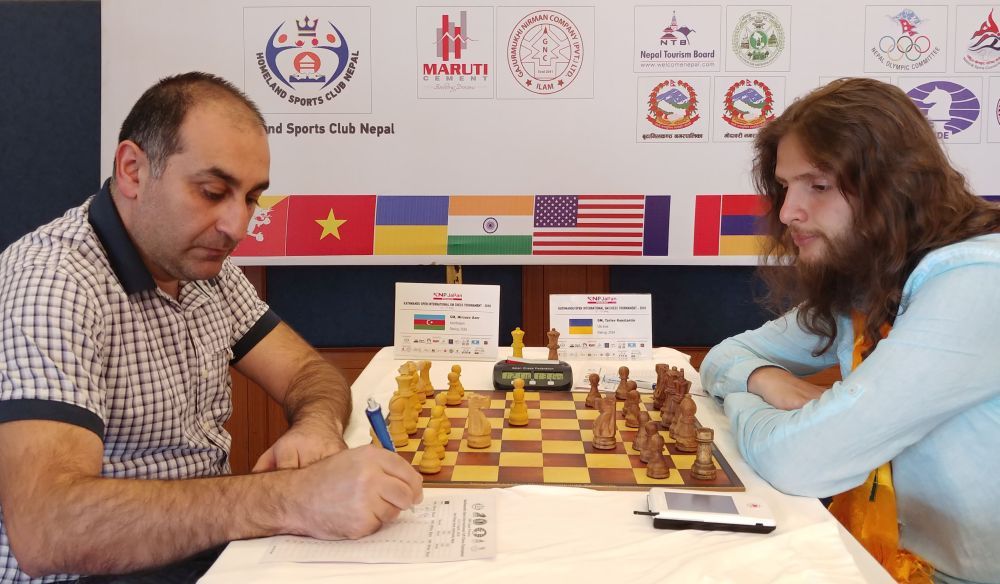 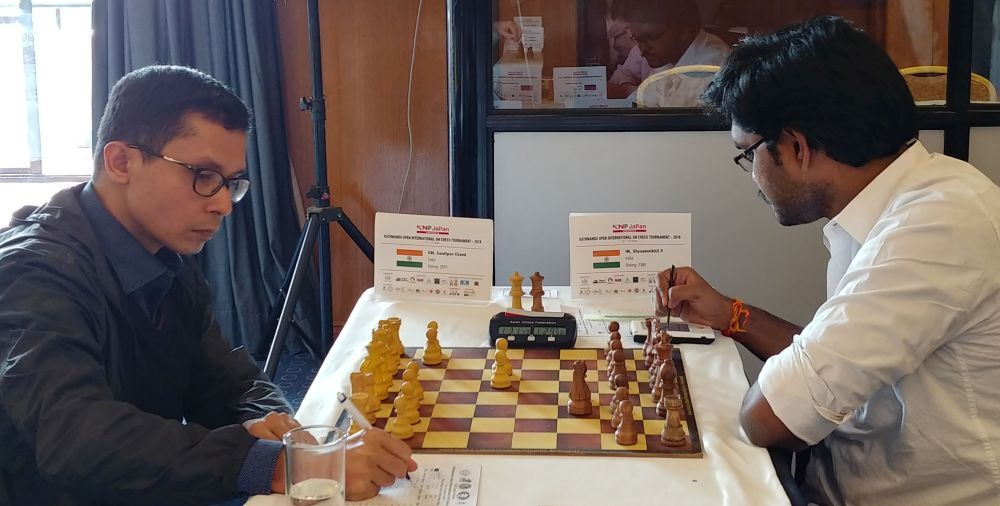 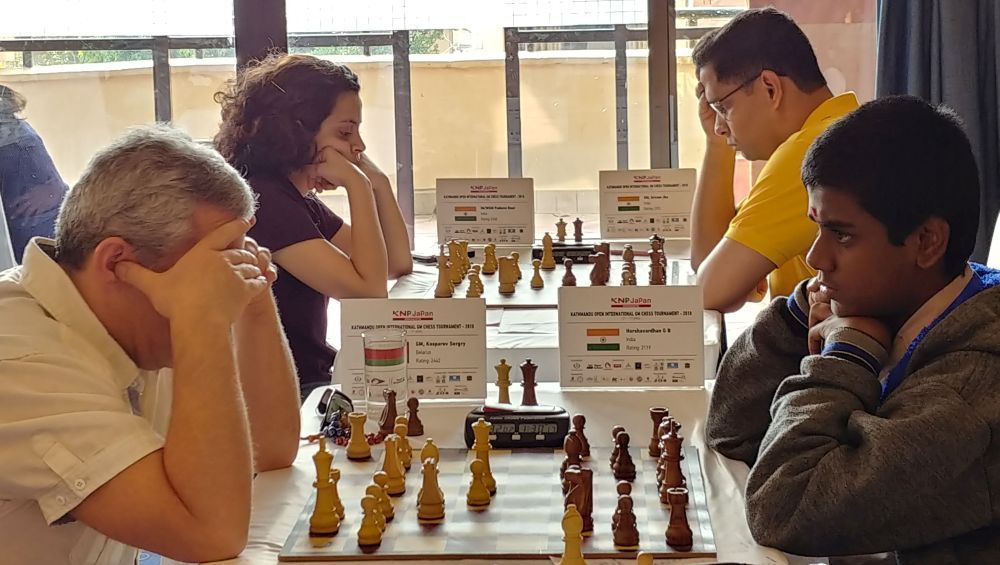 Previous articles of this tournament: