The National Junior (U-19) Chess Championship came to an exciting close on Dec 6, 2018, at the Indira Gandhi Stadium in Delhi. In the open group, as many as five players went into the final round with the tournament lead. But after the dust of the battles had settled, only Karthik Venkataraman was able to emerge victorious and thus took home the title prize. In the women's group, Akanksha Hagawane had led the tournament all the way through but a final round loss cost her the championship as Sakshi Chitlange, who was only half a point behind, pulled out a win in the final round and clinched the champion's trophy.

The National Junior (U-19) Chess Championship was held from November 28 to December 6, 2018, at the Indira Gandhi Stadium in New Delhi. The 11 round event was played with a time control of 90 minutes for the entire game with a 30-second increment from move 1.

In the open group, GM Karthik Venkataraman clinched the title prize while the third-seeded Sakshi Chitlange took the first place in the women’s group. 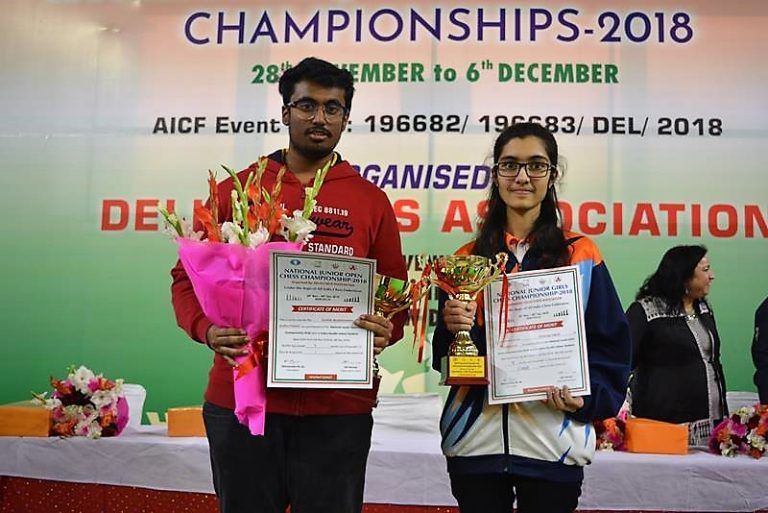 Venkataraman was clearly the favourite to win in the open event. Rated 2527, he was more than 100 points higher rated than his closest rival, IM Rakesh Kumar Jena (2394). Some of the other top players in the fray included IM Rahul Srivatshav (2391), Raahul VS (2381), IM Raghunandan Kaumandur Srihari (2378) etc.

In the first seven rounds, Venkataraman had dominated the field winning six and drawing one of his first seven games. The only draw until this point was conceded to IM Rakesh Kumar Jena in the sixth round. Jena had also scored an unblemished 5.0/5 thus far and was leading alongside Karthik and Rahul Srivatshav. Karthik had the white pieces in the game and was in the driver’s seat for the most part in a Sicilian Najdorf. But eventually, he lost the thread of the position and had to settle for a draw. 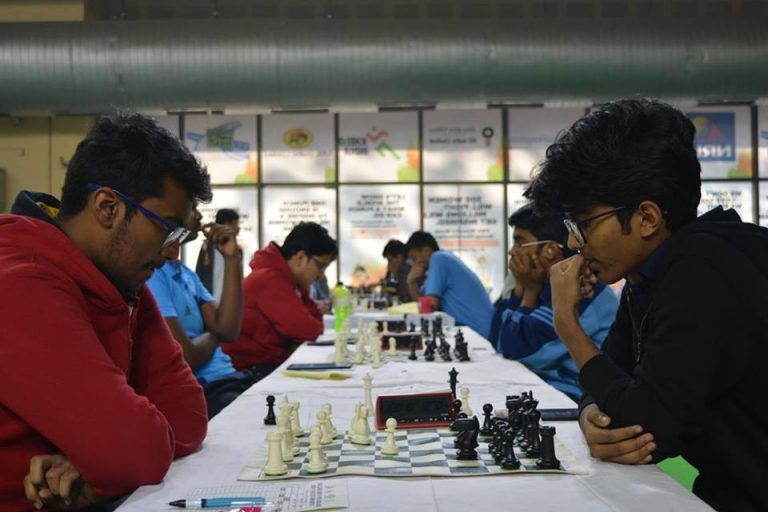 Karthik and Rakesh were both on a perfect 5.0/5, going into the sixth round | Photo: IA Jitendra Choudhary

Meanwhile, Rahul Srivatshav was also held to a draw by FM Rathanvel VS (2349). In a wildly fought game, Srivatshav had sacrificed a full rook to rip open white’s king position but in the end decided to put the brakes on and go for a repetition.

Winning his next two games against Rahul Srivatshav and Nitish Belurkar, Karthik Venkataraman took the sole lead in the tournament. But his winning streak was once again brought to a halt as CM Aronyak Ghosh who held him to a draw in the ninth round.

Ghosh, who had the white pieces, opted for the London System. Karthik equalized comfortably and even generated some play on the queenside but was unable to break through the defences of the Bengali CM. In the end, a draw was agreed after the 45th move. 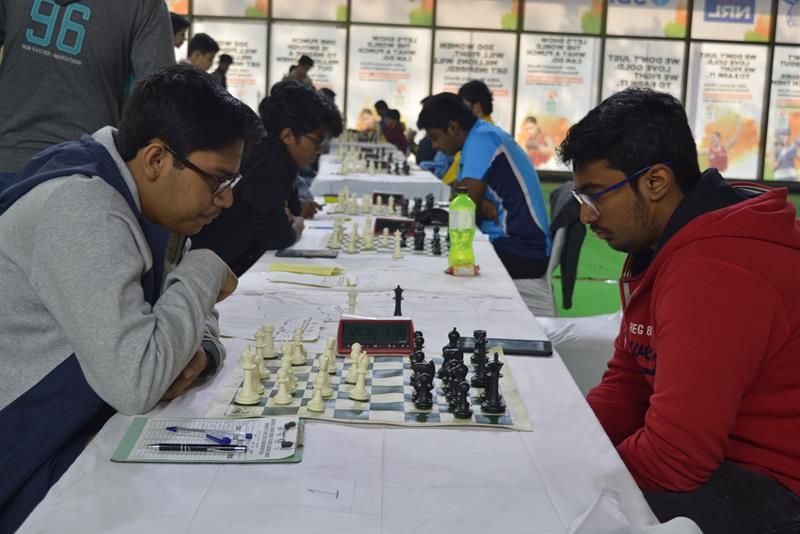 While the ninth round gave Karthik his second draw, the tenth brought him his first loss of the event. Given that this was the penultimate round, a loss could not have come for Karthik at a worse moment. Playing against Suyog Wagh, Karthik went for his trusted 1.b3 with the white pieces.

The position remained fairly balanced for the most part but a tactical oversight by Karthik cost him some material. He fought hard and tried to reduce the damage giving up his queen for a rook and a minor piece but Wagh’s extra material decided matters in the 101 move marathon. 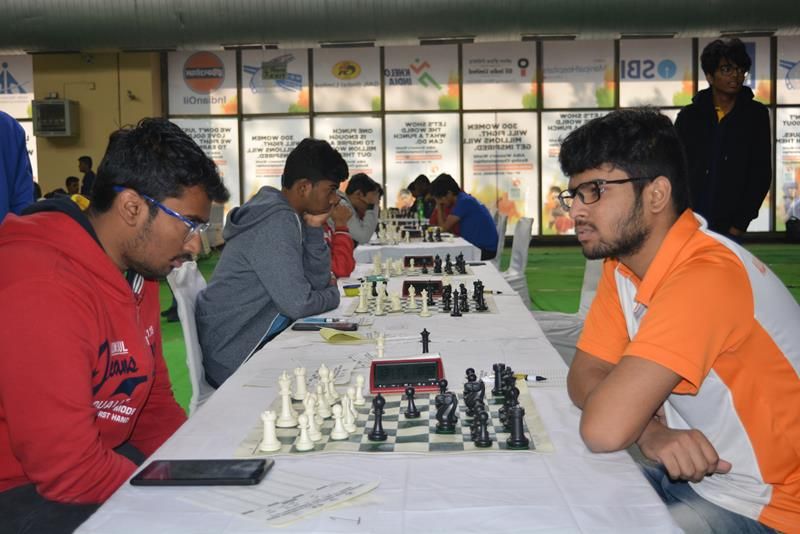 Karthik suffered his first loss of the event against Suyog Wagh in the penultimate round | Photo: IA Jitendra Choudhary

Going into the final round, we had a full house atop the leaderboard with five players sharing the top spot. Of all the leaders, however, only Venkataraman managed to pull out a win.

In his game against IM Raghunandan Kaumandur Srihari, Karthik was pushed on the backfoot with the black pieces. His Sicilian had been slain with an enterprising kingside attack by IM Raghunanandan. Later in the game, however, Raghunandan was unable to find the finishing blow and ended up remaining a piece down. 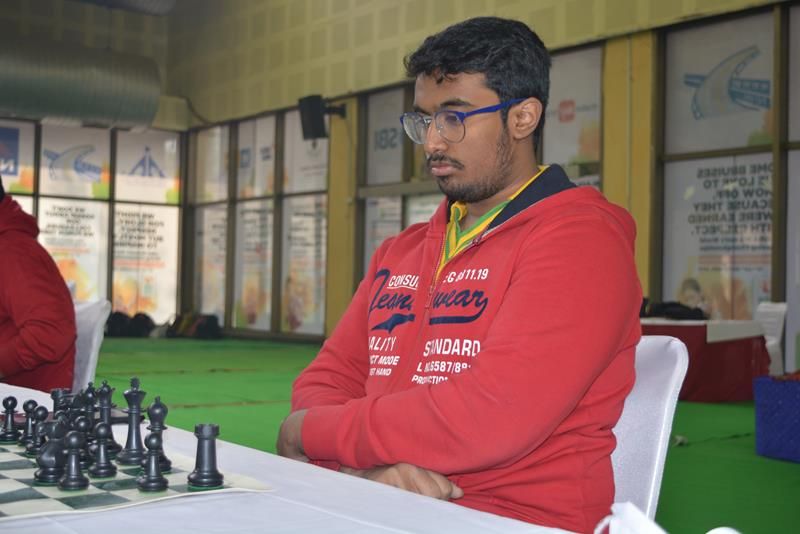 Karthik was the only one among the tournament leaders to win his final round game | Photo: IA Jitendra Choudhary 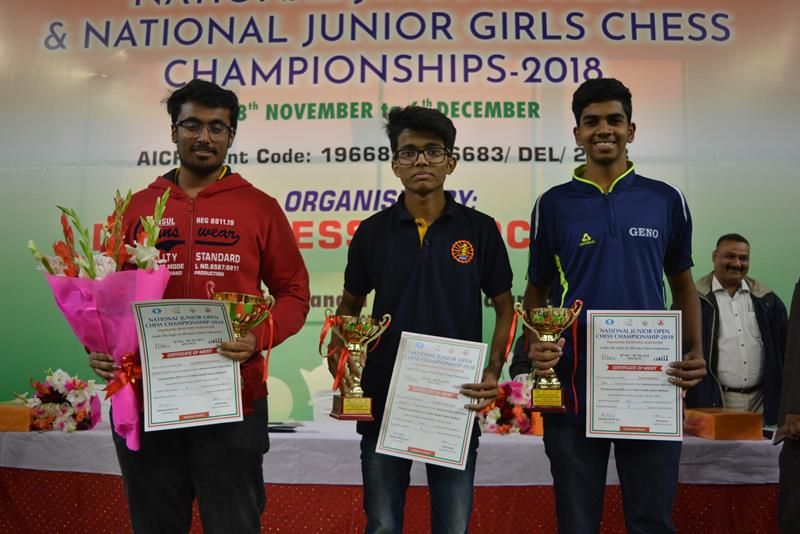 In the women’s group, it was Akanksha Hagawane had been leading the tournament from the very start – either by herself or as a joint leader. After the penultimate round, she had taken sole lead with an undefeated score of 8.5/10. But disaster struck in the final round as she lost her final round game to Meghna CH. 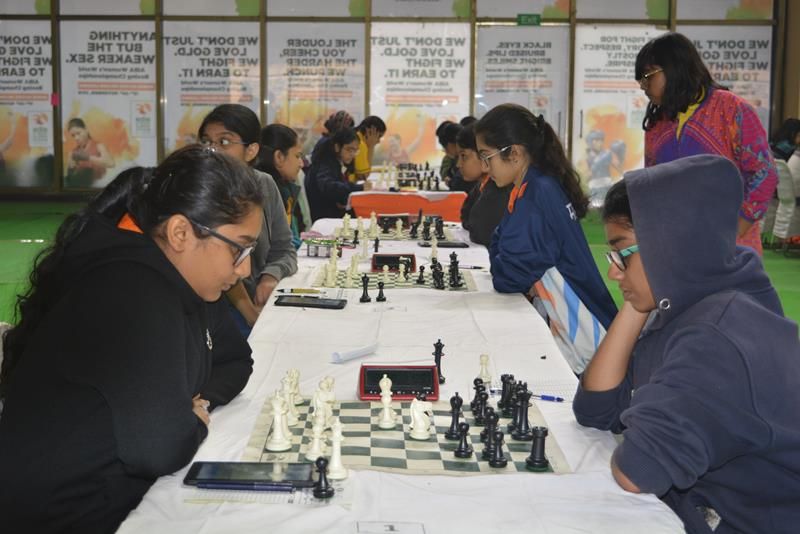 Akanksha's only loss of the event cost her the title | Photo: IA Jitendra Choudhary

Meanwhile, Sakshi Chitlange, who was just half a point behind Akanksha, made a strike and won her game against Priyanka K of Tamil Nadu. Deploying the French Defence with the black pieces, Sakshi generated an initiative on the queenside and eke out a pawn after some trades. Inducing more exchanges, Sakshi managed to liquidate the position into a pawn endgame which she had no problems converting. With her win, she had overtaken the sole leader, Akanksha Hagawane, by half a point. 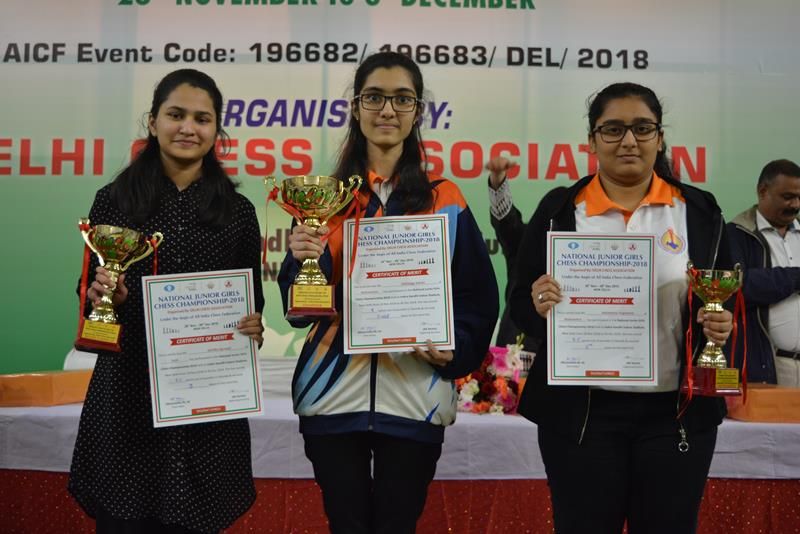