A unique story of an 11-year-old Nashik boy, who got his Elo of 1713 in his first rating tournament

ChessBase India has over the years published some astonishing stories that have inspired and amazed our readers. By now we have learnt not to get surprised by surprising stories. But every once in while you get to know about someone and their story simply takes your breath away. In this article we acquaint you with a story of an 11-year-old boy from Nashik Kaivalya Nagare. In his first rating tournament Kaivalya scored 7.0/10 and got a rating of 1713 on 1st of July 2019. What was the study material that Kaivalya's coach used to make him reach this level? How did his father take the bold step of pulling him out of school even when his son was just an unrated player? Read on to know more!

This story is about a boy and his family. An 11-year-old boy, and his parents and his coach, who made decisions that would make conventional thinkers nervous beyond measure. Meet Kaivalya Nagare from Nashik. 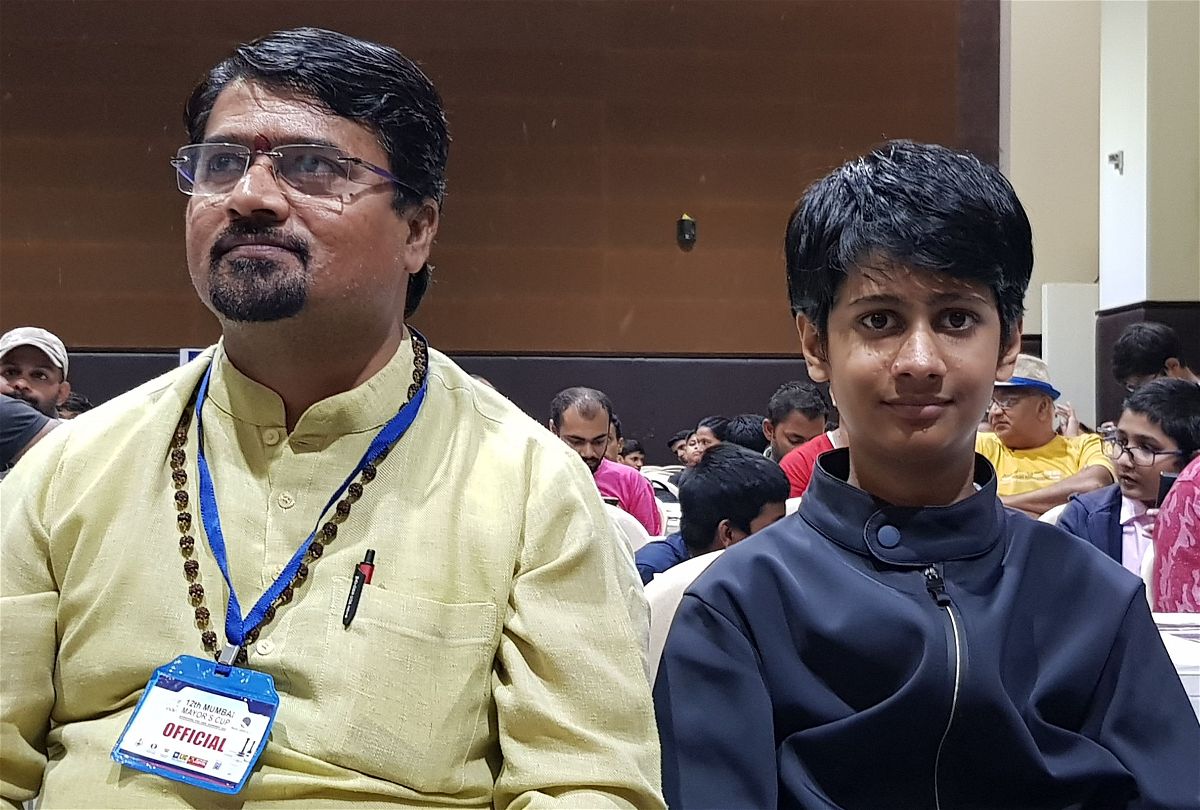 That's Kaivalya on the right with his father Sandip 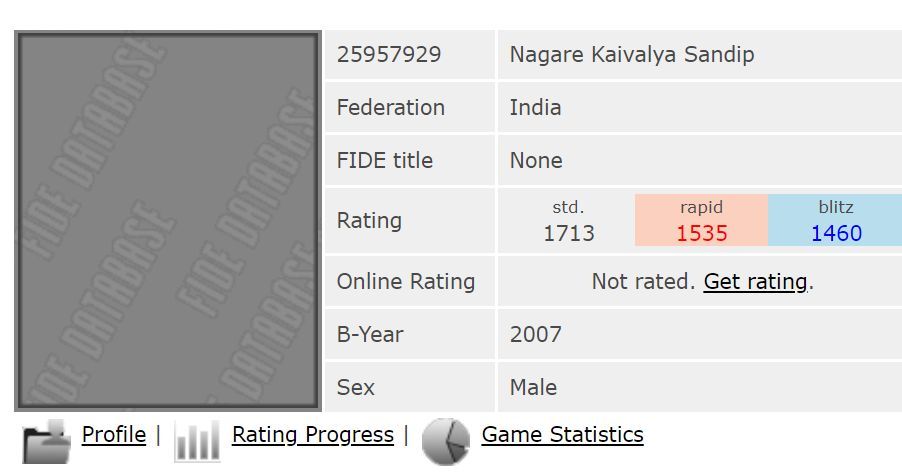 This is Kaivalya's rating card. He just got his rating on the 1st of July and it is 1713!

I am sure all of you reading this are confused. Why am I writing about a 2007 born boy who has a rating of 1713, when there are kids in Indian chess who are born in the same year and are 2300+? That's because Kaivalya's story is akin to none. It is one of the most unique episodes that I have come across in my five years of chess journalism.

I met Kaivalya, his father Sandip and his coach Onkar Jadhav on the first day of the Mayor's Cup 2019 when I was setting up the ChessBase India stall. The father came to me and said, "Sir, this is my son Kaivalya. He is unrated. This is his first rating tournament and he will get a rating of above 1700 for sure. If he does get it, we will come back on the last day to meet you!" I found the conversation quite surprising and just out of sheer curiousity I began following the boy's results. He first beat a 1467 rated and then a 1621 rated player. It's not uncommon for unrated players to beat 1600 rated opposition, but it was also Kaivalya's first rating tournament. To be able to beat a young talent like Apoorv Kamble does take something special. Kaivalya ended day 1 with a loss to the experienced Shailesh Rawal and to some extent I felt that there was some order in nature!

Day two wasn't so great for Kaivalya. He did beat a 1575 rated opponent in round 4, but in round five and six he slumped to losses. Well, the boy would get a rating, but not 1700+ for sure was my thought. But Kaivalya had some different plans. He won all of his last four rounds against Gaurav Kumar (1425), Greeshma Dhumal (1569), Devi Das Pai (1617) and finally Bhagyashree Patil (1832). 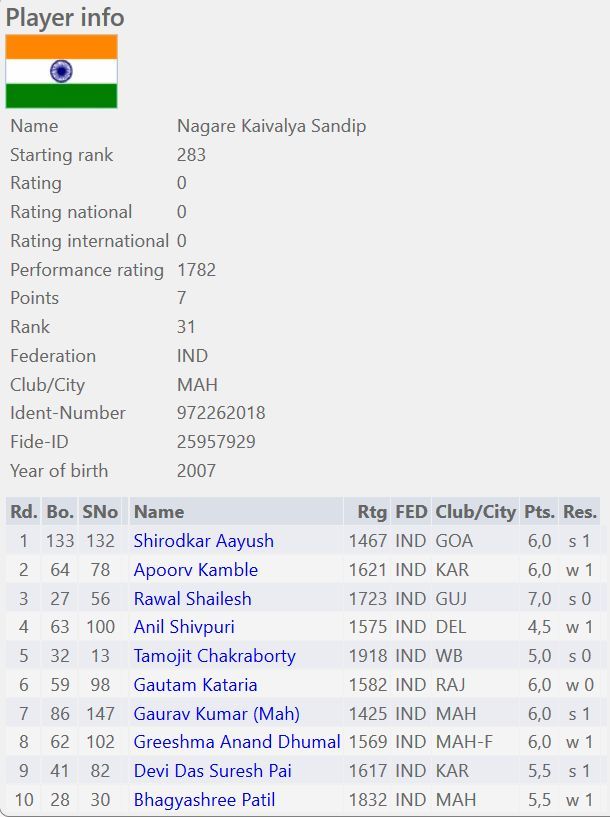 A performance of 1700+ and the boy had achieved 31st place in the first rating tournament of his career!

I congratulated Kaivalya on his performance and asked him for a short interview. Mainly I wanted to see his level of understanding about chess. And so we looked at his final round game. Below is the entire game without any annotations and then you can listen to Kaivalya's thoughts in the video.

Kaivalya Nagare speaks about his win over Bhagyashre Patil

While the end of the game was beautiful with the combination and sacrifices, the move that really impressed me was: 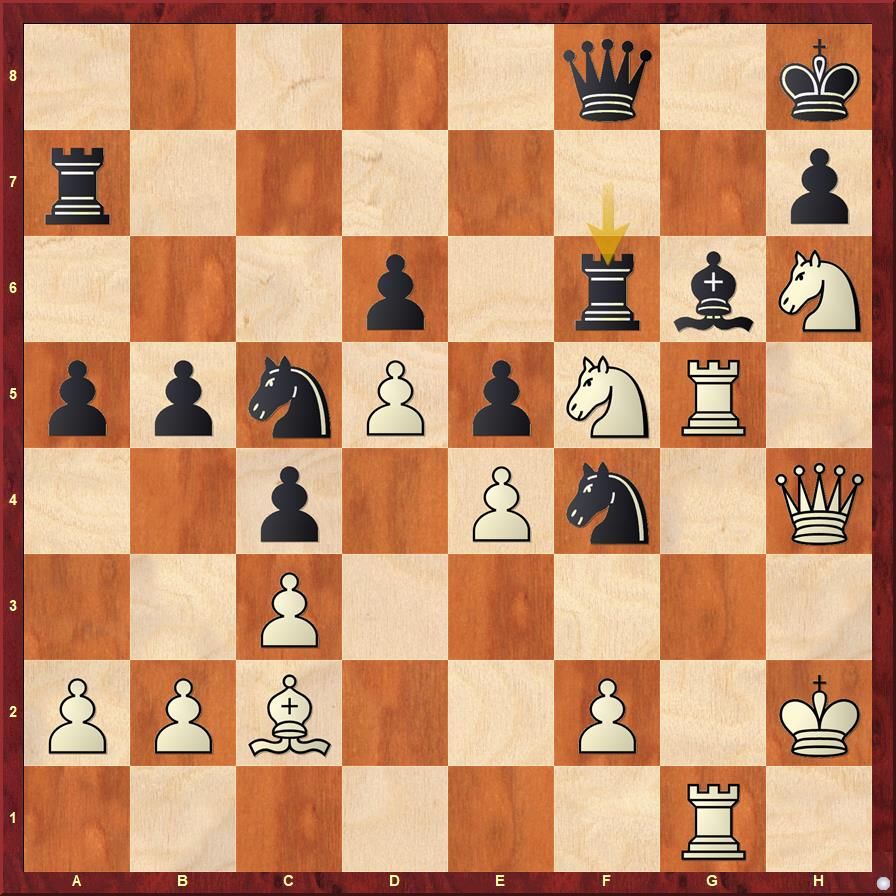 Black has just played Rf7-f6. Kaivalya played his next move Rg1-g3. I asked him the point of that move. With so many pieces on the board, my mind was already spinning with confusion. But Kaivalya had spotted the key point of the position. 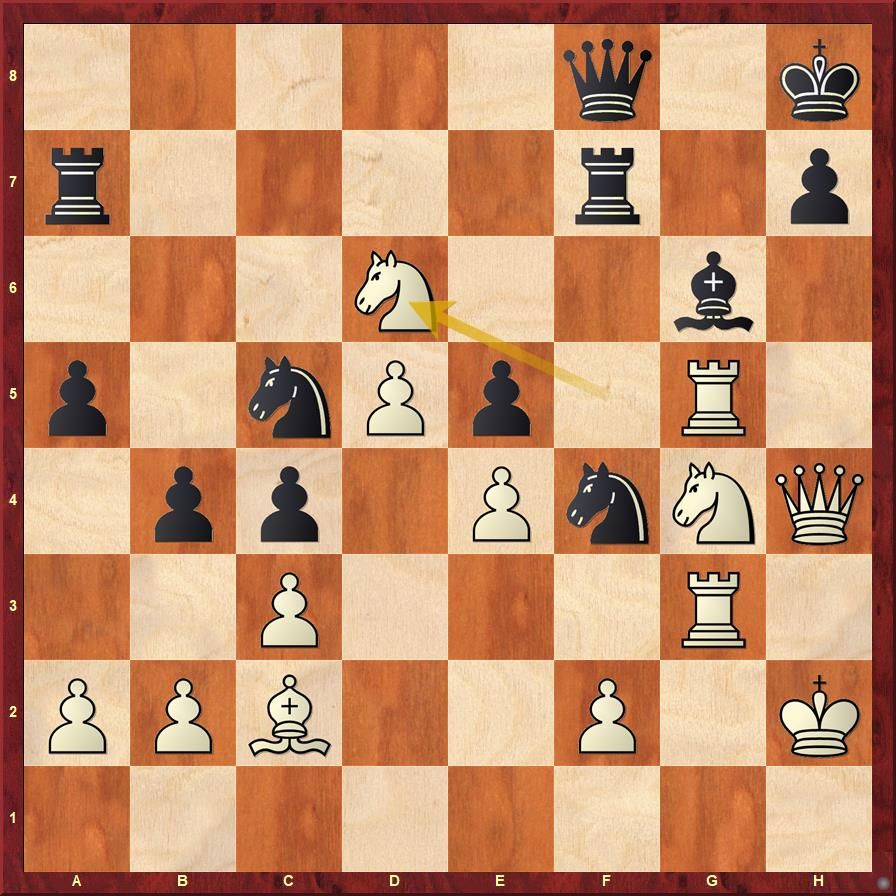 He sacrificed his knight on d6 after a couple of moves 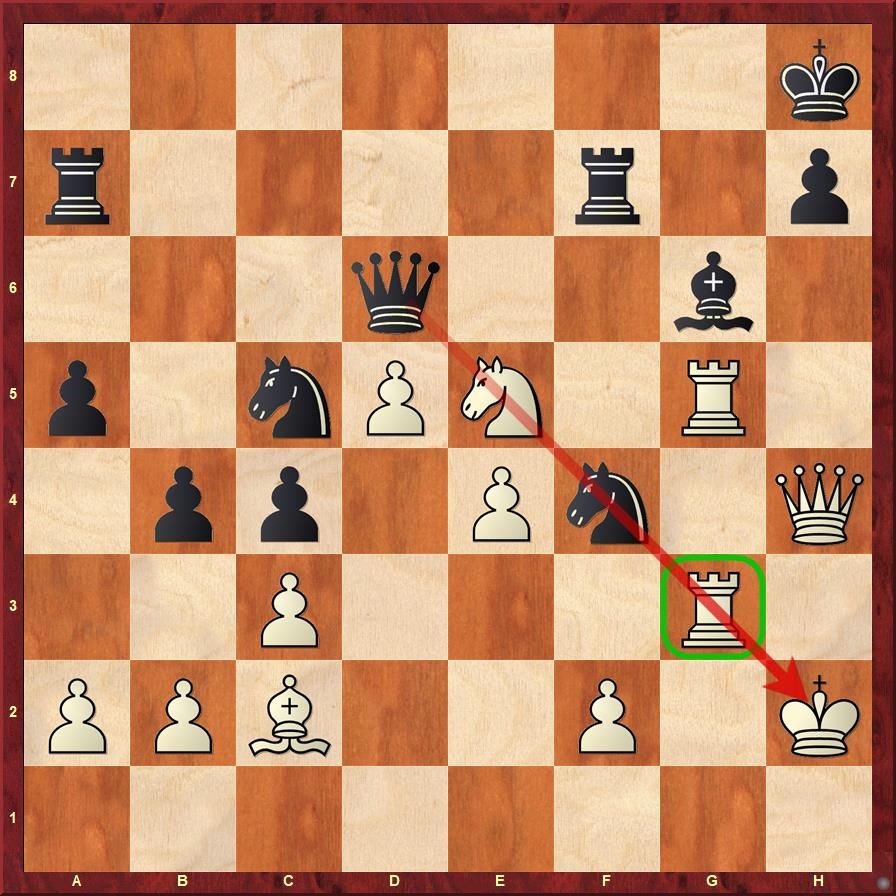 And then followed it up by taking the pawn on e5. And now you see the point of Rg3. The rook shields the knight on e5 from getting pinned to the king. To see this deep in time pressure is not at all easy, especially for an unrated player!

The secret of Kaivalya's success

Kaivalya's understanding of chess was much beyond a boy who was playing his first rating tournament. I asked his coach Onkar Jadhav about how this was made possible. Says Onkar,"Kaivalya is an extremely hard working boy. And so I decided to work with Artur Yusupov series of books with him. The first three books - Build up your chess I, Boost your chess I and Chess Evolution I can help any student reach 1500 Elo knowledge. The next three books - Build up II, Boost II and Chess Evolution II can help a student reach the knowledge level of 1800 Elo and the last three books can take you to 2100 Elo knowledge. I was sure about the content and hence I taught Kaivalya from these books. I am not very happy with his 31st place finish. Based on my training I felt that he could have won the tournament, or at least finished in top five or top ten." 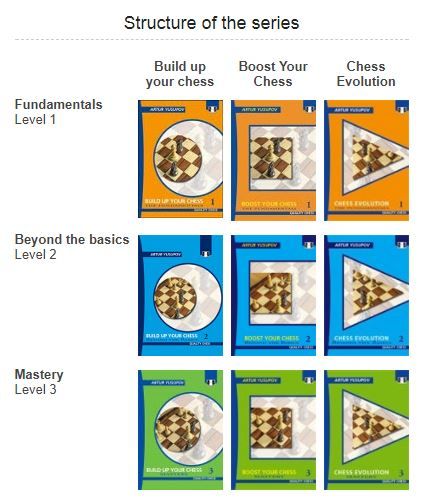 The Yusupov books is what coach Onkar worked with Kaivalya. The nine books are the main part of the series and there is also the tenth book called revision and exam.

I tried to probe Onkar a bit more on how he makes use of the Yusupov series of books with his students. "My way of working with the books is same. Let's take for example a chapter. I will first teach him the example positions and make him understand the concept. The test positions are to be done in homework and then the points given in the solution section will help me evaluate how much the student has understood about a theme. If he gets less than "Good" in the points system, then I ask him to do the chapter again." 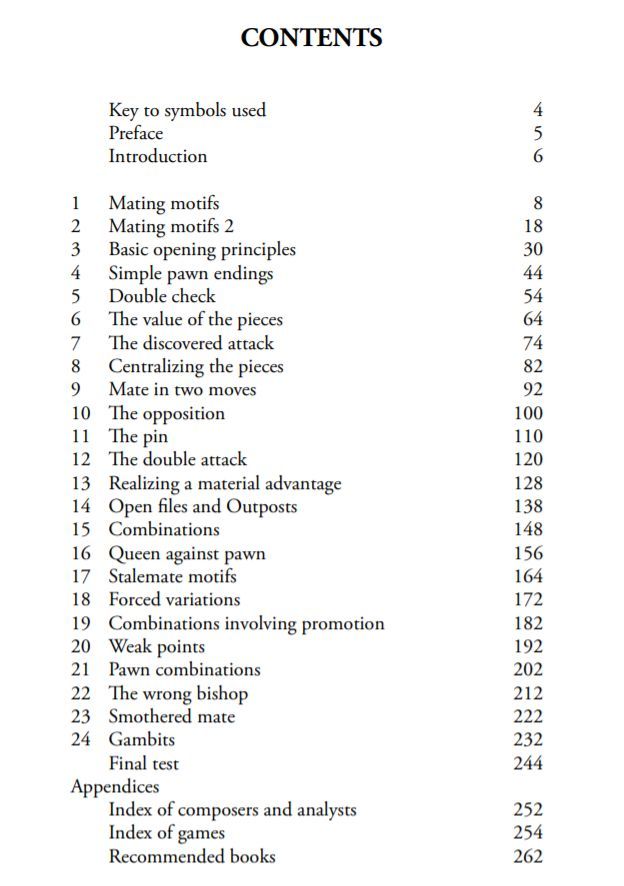 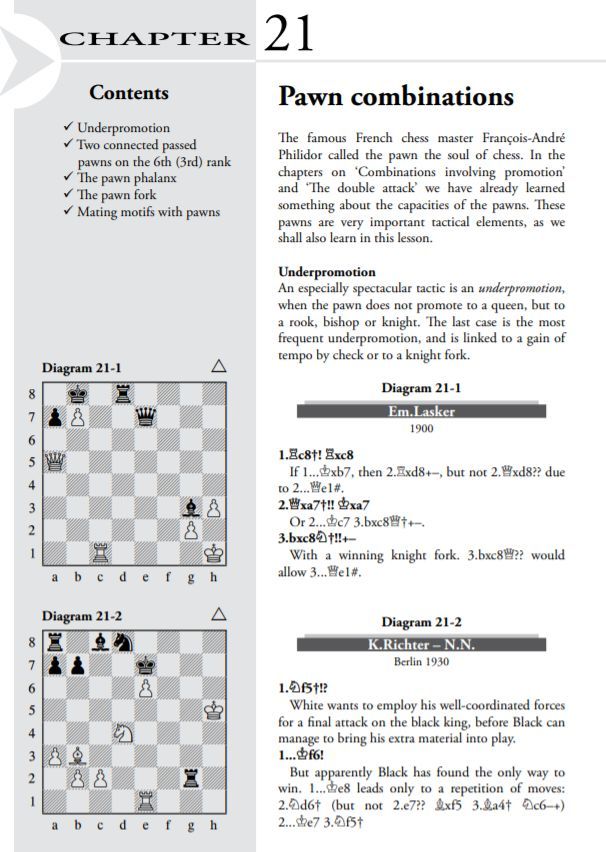 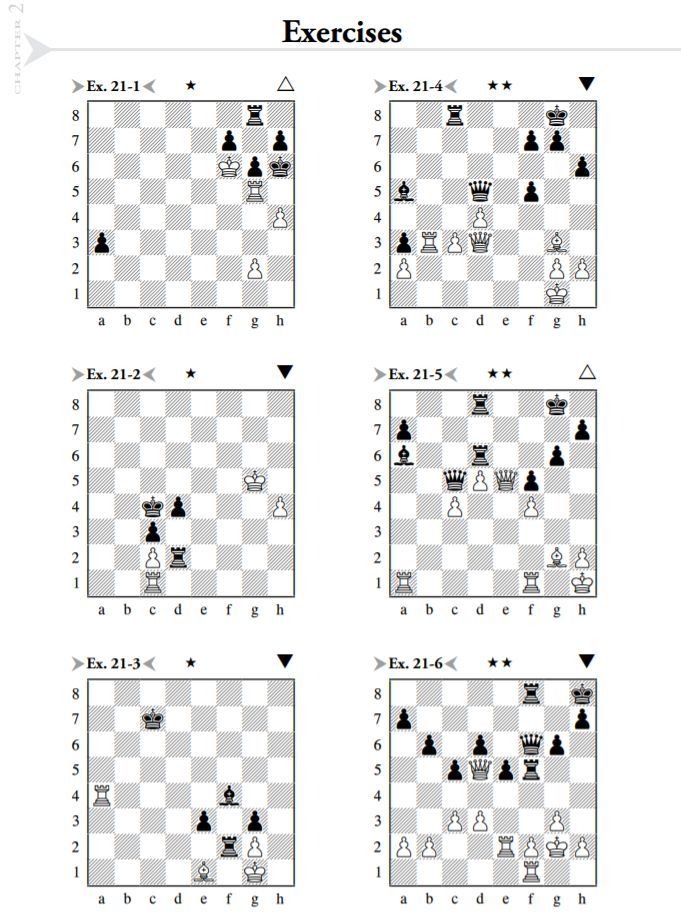 And this is followed by exercises, which Onkar would let Kaivalya solve on his own 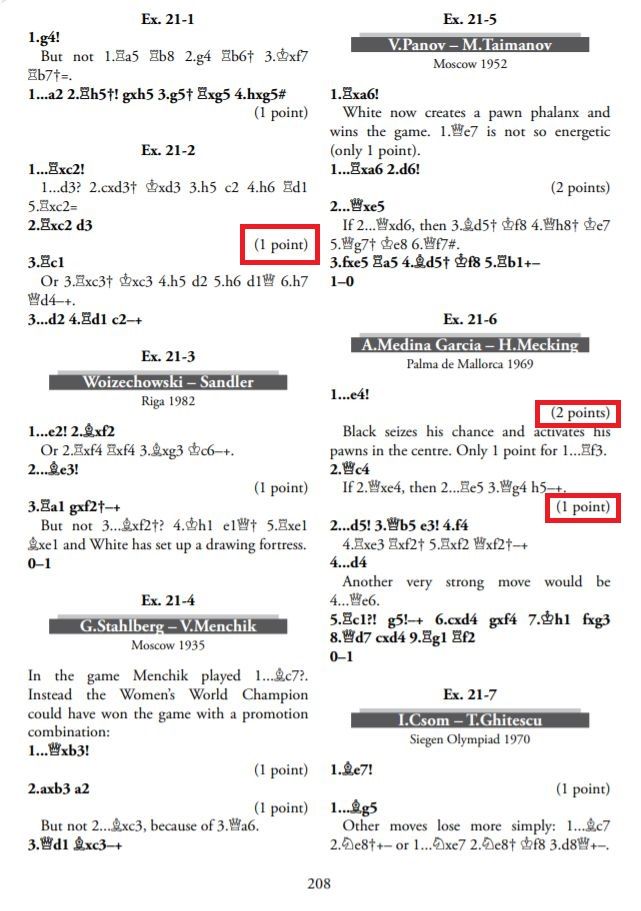 In the solution section there are points given for seeing until a certain point. If you look at exercise 21-6, then you realize that there are two important variations that need to be seen and if you do so, then you get both 2+1 points (total 3).

Says Onkar, "The main thing that these books help to build is a student's understanding. Once he goes through these books carefully, his overall strength improves. He is not dependent on opening theory and can withstand any new ideas that are sprung up on him by his opponent."

In this manner Onkar worked with all the nine Yusupov books with Kaivalya and it took him about a year and a half to finish these books. "Kaivalya worked really hard each day, almost for 10 hours and hence, he was able to complete all the books in a good manner in one and a half years."

How did Kaivalya work on these books for 10 hours each day? Didn't he have to go to school? This question was answered by his father Sandip, "Kaivalya started playing chess 3.5 years ago. And this is his first rating tournament! I believe that well begun is half done and so we prepared hard all these years and finally when we thought he was ready we took part in this tournament. Coach Onkar Jadhav, who is also my friend, guided us and it has been a pleasant journey for us. When Kaivalya began playing chess, we observed him for a year. He enjoyed working on chess. After a year he told me that he wasn't finding enough time to work on chess. He wanted to leave school and I was fine with his decision. The only thing remained was to convince his mother. Kaivalya tried hard and after six months she also aligned with our thinking. It was 15th of August 2017 and we decided to stop schooling for Kaivalya. Independence Day! School cannot decide what the career of the child should be. Schools have failed in this respect and we see so many individuals jobless at this point of time. My son has decided that chess is his passion. He is working on his passion and he doesn't miss school anymore."

What in the hypothetical situation that Kaivalya doesn't succeed as a chess player. How would Sandip feel as a parent? "Everything else irritates Kaivalya apart from chess. For the last two and a half years he hasn't attended a marriage or a birthday ceremony or a social event. Sometimes we tell him that it's enough, don't get so engrossed in chess, but he doesn't listen to us. He brings his tablet along with him wherever he goes and keeps playing chess on it! Success and failure is beyond our control. The first thing that we should be doing is what we love to do. I do not want to listen to my boy saying that I love chess and I cannot practice it. For me this is a journey, the result is immaterial." 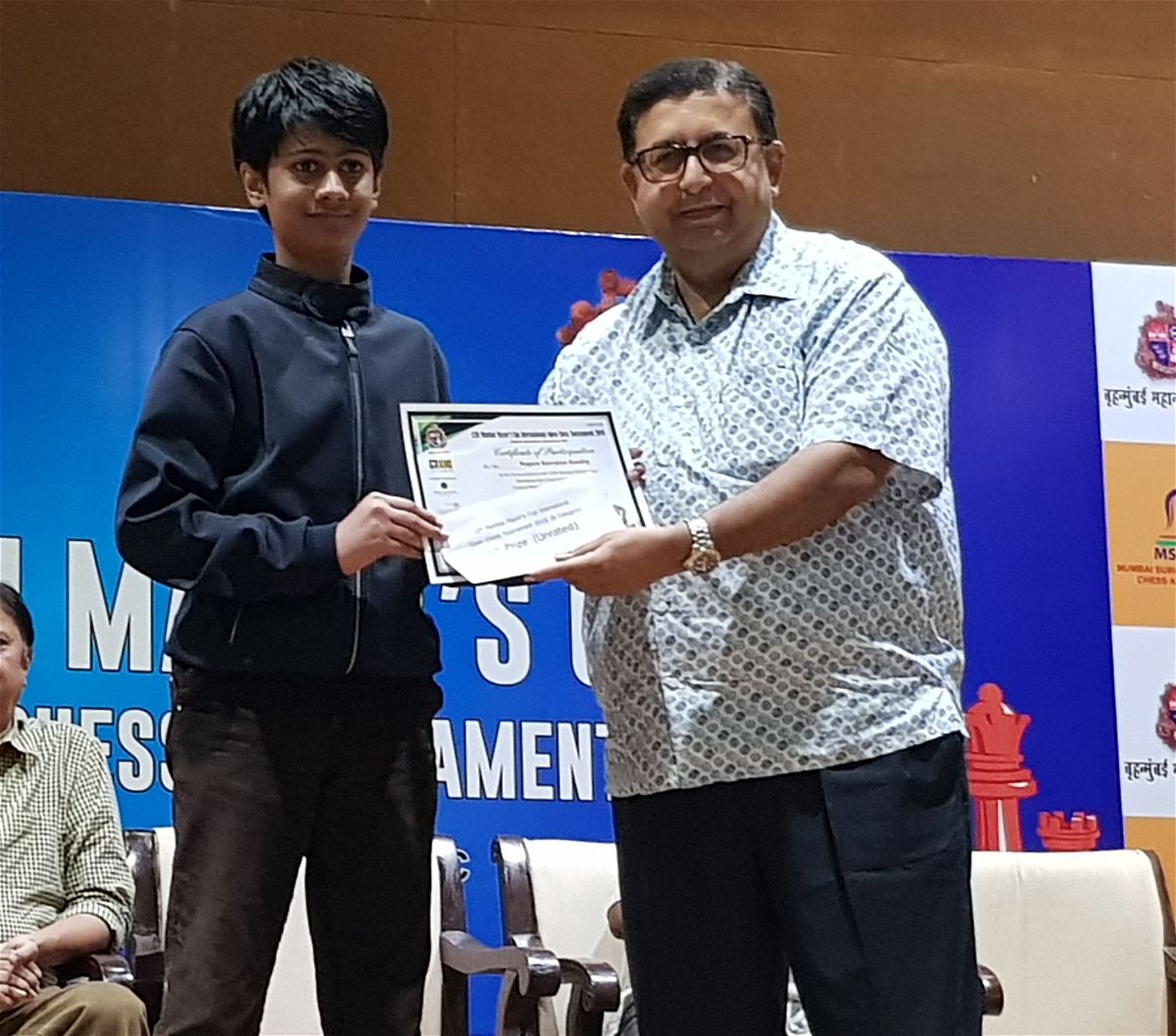 What do you think about this story? Let us know in the comments section below!

The nine book Artur Yusupov series along with Revision and test is available in the ChessBase India shop. Each book costs Rs.1000 but if you go for the entire combo, you get a discount of Rs.500. For all those who are confused about the order in which these books have to be read, the colour of the books should be an easy way to remember. First orange, then blue, followed by green!

Note: We are currently very low on stock for Boost your chess - I and hence we are selling it only as a part of the 10 book combo

We wish Kaivalya the best in his chess career ahead and perhaps if he is looking for some new study material to take his game to the next level, how about working with Artur Yusupov's coach - Mark Dvoretsky!