Three tips to improve your pattern recognition during a chess game

Pattern recognition is an important concept in chess. Strong players often arrive at the correct move in very less time because they have seen the pattern before and can apply it in their own game. This entire process of pattern recognition and application happens at a subconscious level. This process has been explained in exquisite style by GM Swapnil Dhopade in this article. He not only tells you about how pattern recognition works in chess with the help of examples, but also tells you three tips on how you can improve your patter recognition abilities. A must-read article for every player who wants to improve at chess. 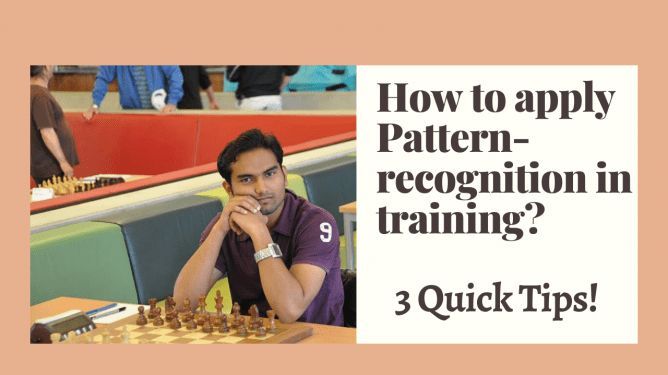 Why are Grandmasters stronger than most of the other players in chess?

Well, there are a lot of reasons that make a player strong and one of them is surely Pattern-Recognition. In this article, we will be discussing this important aspect of Chess improvement and I will also give you three tips on how you can apply this in your Chess training in order to improve your play.

Whenever you look at a chess position, some moves will automatically pop-up in your mind.

Moves popping in your mind!

But how does the intuition gets stronger?

• Now, this is where the topic of pattern-recognition comes into play.

• Whenever you study an instructive game of Chess played between two strong players, there will be moments in the game where a player has played a brilliant move or he formulated and executed a beautiful plan to get an advantage or score a win.

• This important moment where a player sacrifices something to execute a combination or manoeuvres his pieces to gain an upper hand in the position can be termed as patterns in Chess. 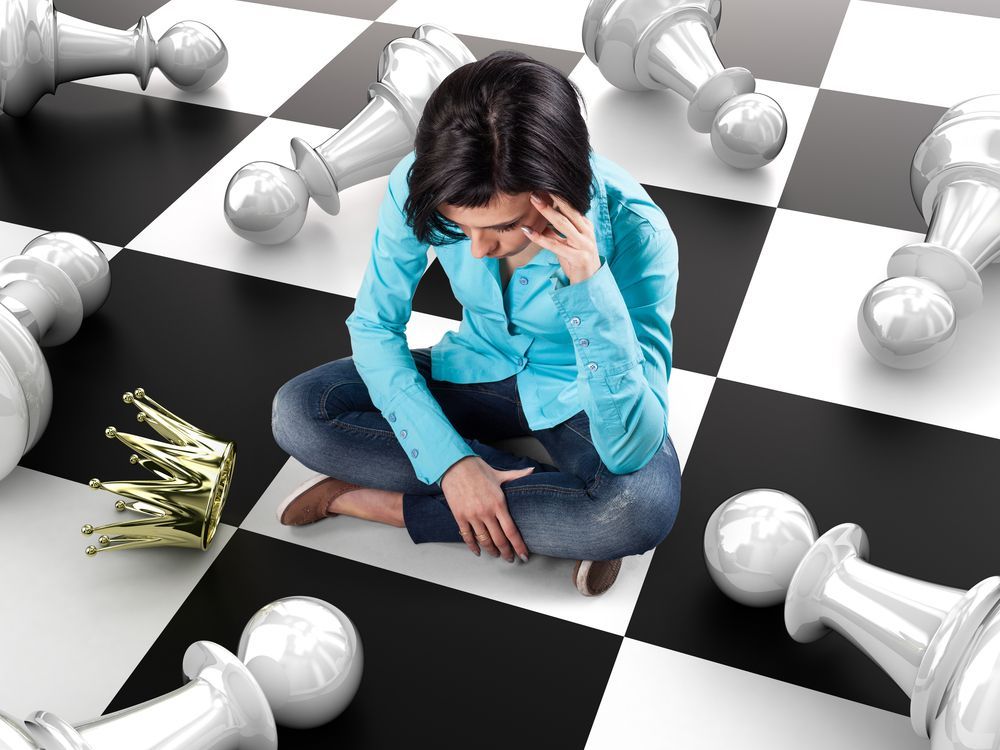 Chess is filled with thousands and thousands of patterns

These patterns can be roughly categorized into the following: 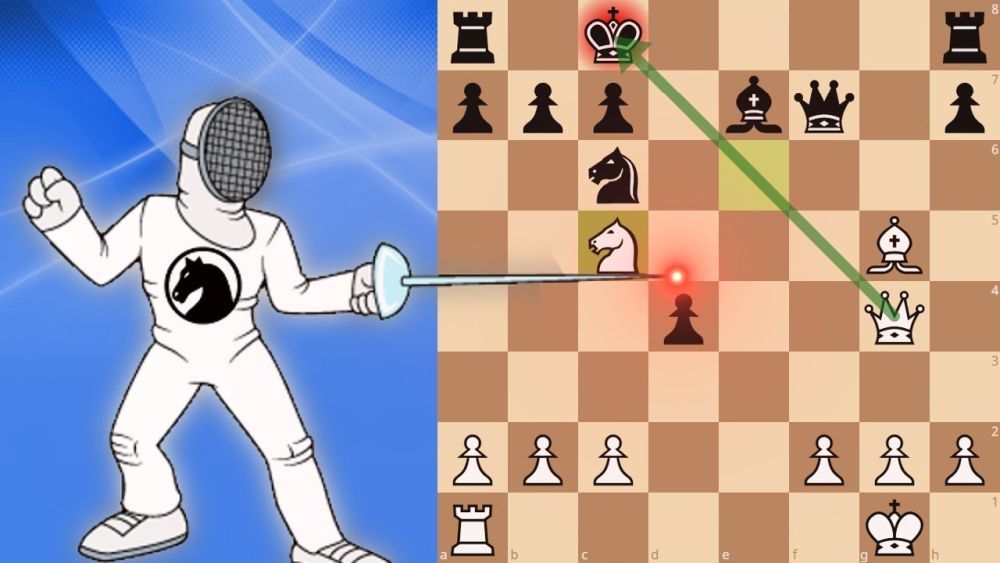 1. Mating Patterns: When a novice learns the rules of chess and begins to move the pieces on the board, he/she is usually introduced to solving ‘mate in one move’ puzzles be it in the endgame or in the middlegame. At first, it is difficult to spot mate in one move and a lot of conscious effort is required to find the mate in every puzzle. Once the novice solves many such puzzles, his brain is able to spot the mate in one move quickly. After solving numerous such puzzles it becomes second nature to spot those mates and he is able to solve them in a few seconds. Then the player goes on solving puzzles with a mate in two moves, three moves etc. 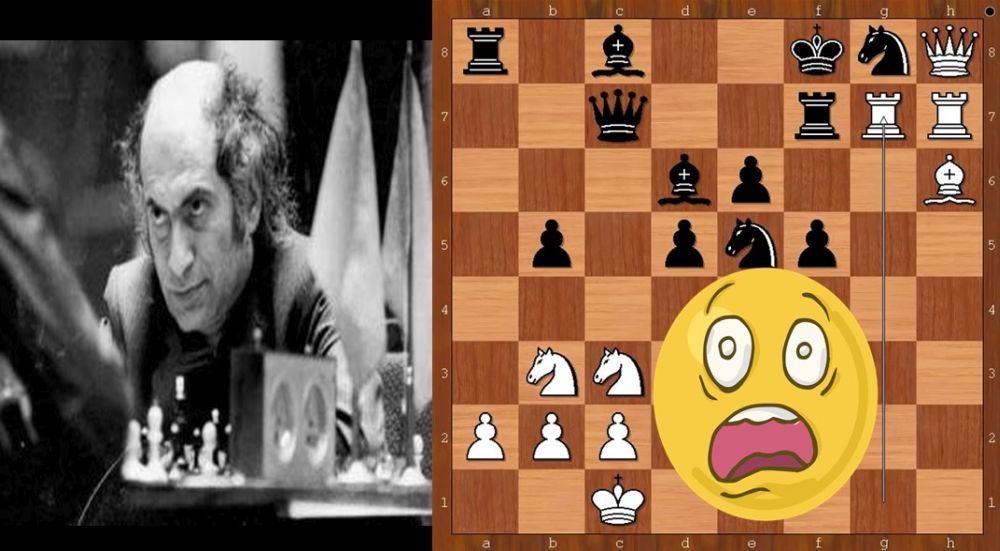 Mikhail Tal sacrificing ALL his pieces – from pawn to queen!

2. Tactical Patterns: Tactical patterns are in reference to the positions where the side to move wins material with the help of tactics. These patterns can be further broken down into topics such as pins, double attack, etc. 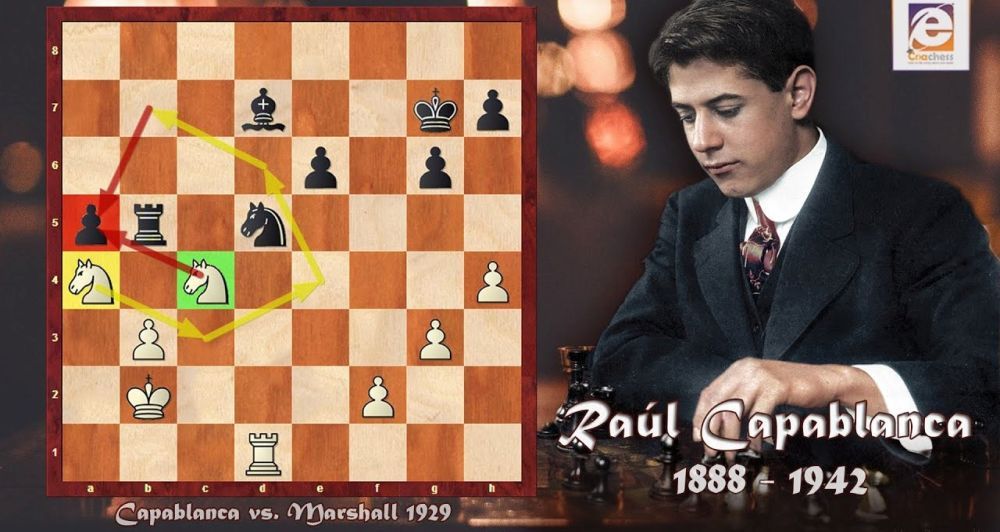 3. Positional Patterns: These patterns are comparatively difficult to grasp and need a certain level of appreciation of the position. Positional patterns may include manoeuvrings, weak squares, weak pawns, etc.

• When you first see a position the mind always try to make sense of it by the patterns that are already stored in your memory.

• Now all this process happens subconsciously and no one really thinks "Ah, what are the patterns I remember that I can apply here?" No, it does not happen this way as it is a completely subconscious process.

• When a player starts thinking and gets immersed in the position it happens so fast and automatic that it is nearly impossible to get hold of it during the game!

I have grown up studying the games of classical players and I am sure it has helped me a lot in my Chess career. I would like to show you a game of Aron Nimzowitsch where he employed a nice knight manoeuvre.

Now, let us see how I was able to use a similar manoeuvre in my own game.

Honestly, during the game, I had did not consciously remember the game of Nimzowitsch. All I knew was that I had seen this knight manoeuvre somewhere and it felt so natural to me. It is more important to remember such important patterns than to remember the names of the players, etc.

Now let me show you a more complicated example 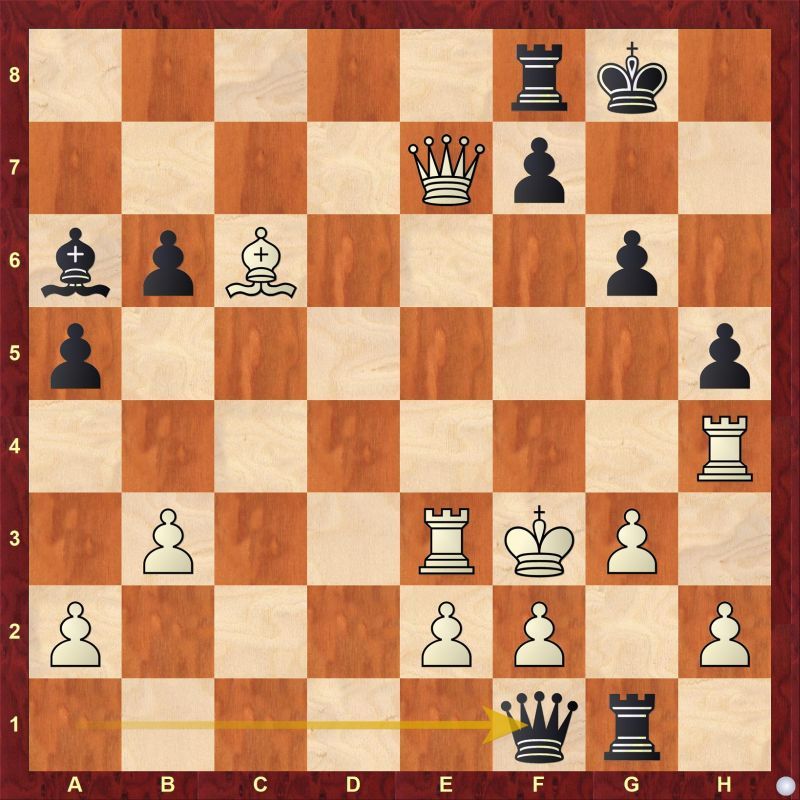 I am sure you must have selected your move by now. But before showing you the solution to the above position let us first revisit the gem by GM Nigel Short. 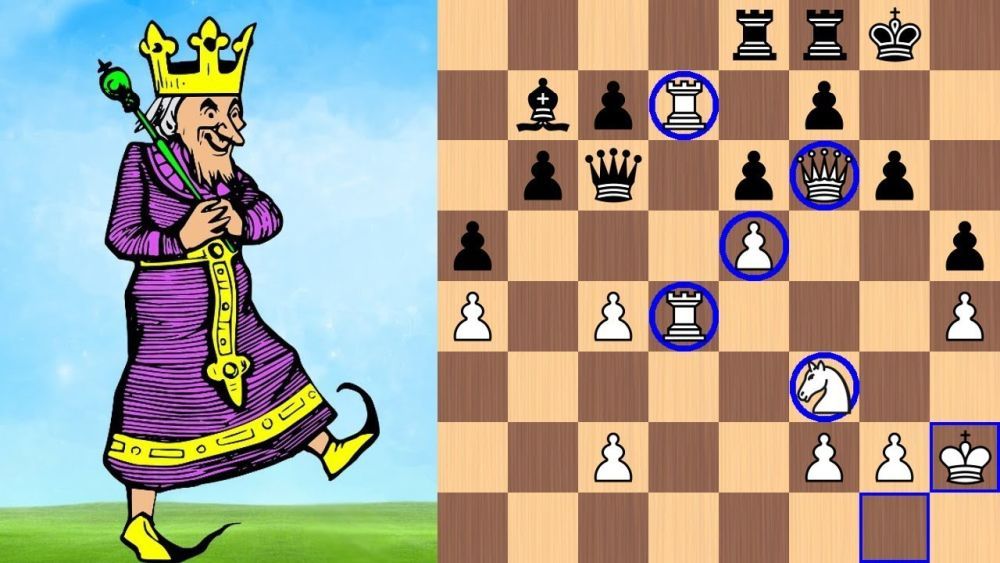 I am sure you have enjoyed the gem by Nigel! The KING WALK
IM Sagar Shah explains Nigel Short's most famous combination

Now let us get back to the game between Hillarp Persson vs. Laurusas which we had given a try. 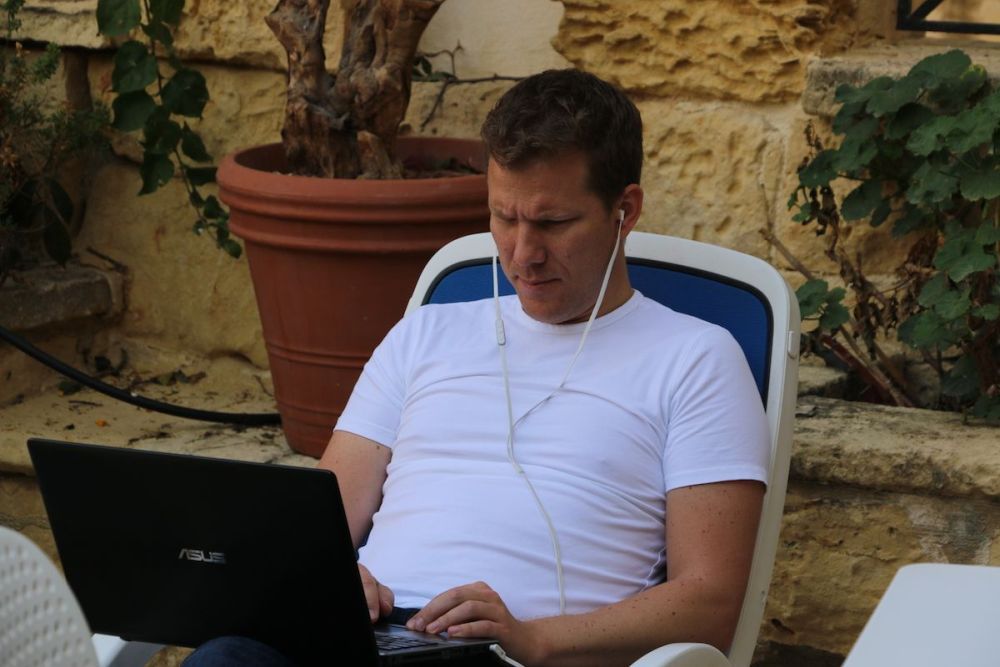 How to catch a Tiger? Don't chase him into your own den, that's for sure. | Photo: Mike Klein/Chess.com

I am sure most of you had difficulties finding the correct move in the first instance but after seeing the instructive king walk by GM Nigel Short it was easier to guess the correct move and think in that direction which many of us would not have even considered at first.

So, how were you able to guess such a complicated move? Well, the answer is that you saw a pattern (the king walk to h6) and got a chance to apply it in a similar situation immediately!

But when you actually study and remember important patterns it might be months before you get a chance to apply it and this is where memory plays a huge part in Chess. 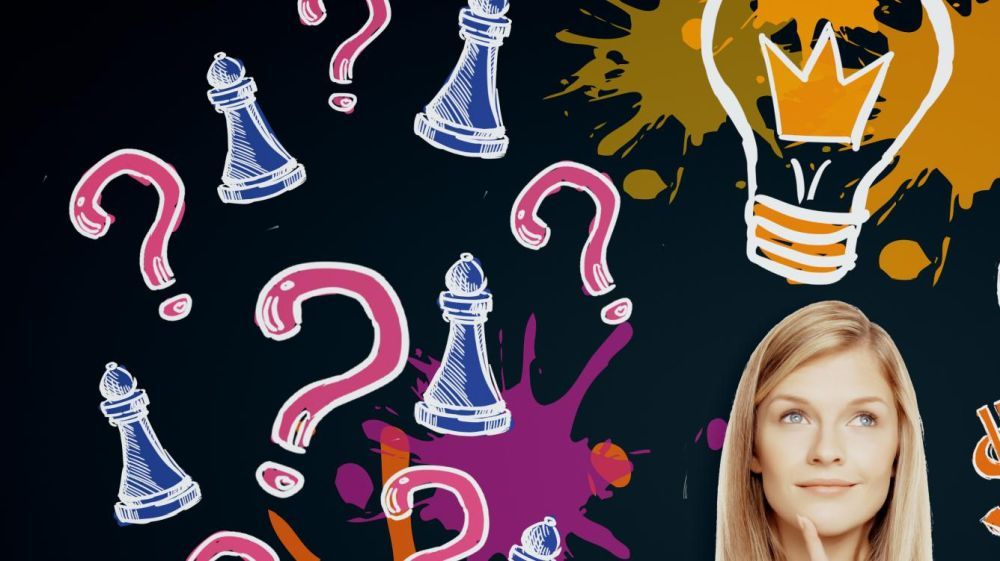 So how can you apply it in your practice?

Here are my 3 tips that you can apply in your training!!

• Study instructive games by classical players: This I believe is extremely important as you can learn so many important and valuable patterns. The defensive skills of the players in those days was very limited which allowed these instructive patterns to come out in the games so beautifully and precisely. Nowadays, the players defend with all their might and so most of the instructive moments are lost in the variations as it does not come on the board.

• Once you study an important game do not forget to revise it: Whenever you finish studying an instructive game go back and revise it once again. When you revise, try to focus on the critical moments where one of the players played some good moves. Revising immediately after studying the game can help you remember it for a long time.

• Attach emotions: A move that surprises you, a manoeuvre that pleases you are much easier to remember than the normal moves in the game. Hence always try to appreciate the beauty of instructive tactical sacrifices or moves as attaching emotions helps memory in a long way.

I hope you found this article on Pattern-Recognition helpful. Do let me know in the comments what you liked in this article and what are the tips that you will apply in your training starting today!

Here is the video explanation of Pattern-Recognition on Chess Pathshala's YouTube channel!

If you enjoyed the article and Swapnil's training methods and you would like to work with Swapnil, you can fill in the google form below and someone from chesspathshala (Swapnil's training academy) will contact you. You can also know more about Swapnil's chess courses that he has launched from here. 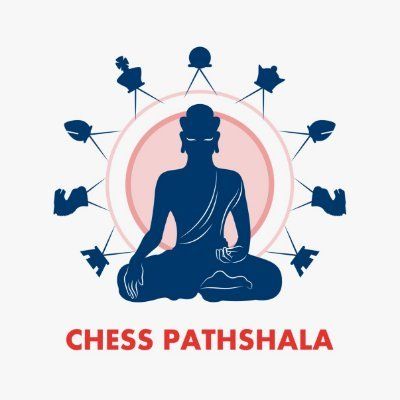 Get to know more about Swapnil's chess courses