How do you know that India is becoming one of the strongest chess nations in the world today? Well, if you are a diligent follower of chess then you can't possibly miss how frequently Indians are excelling in international events of note on foreign soil. The level of participation these days is impressively high and the domination unmistakable. In this month itself we have had the Abu Dhabi Chess Festival and the Riga Technical University Open where some of largest representations and best performances came from the Indian contingents. During almost the same time, from 5th to 12th of August, seven more Indians were fighting it out in another very important tournament taking place about 6000 kilometers away from their homeland in the Polish city of Suwalki. It was the 3rd International Irena Warakomska Memorial, and guess what! of all the 97 participants in open A section, it was once again an Indian, Grandmaster Harsha Bharathakoti, who won the event.

The International Warakomska Memorial has been taking place every year since 2017 in honour of Irena Warakomska who was the chairwoman of the Hańcza Suwałki chess club and the greatest proponent of chess in the Suwalki region for about a decade from 2002 to 2012. Organized by WIM Anna Warakomska and GM Tomasz Warakomski in memory of their mother Irena, the event has been attracting over 300 participants from around the world each year. 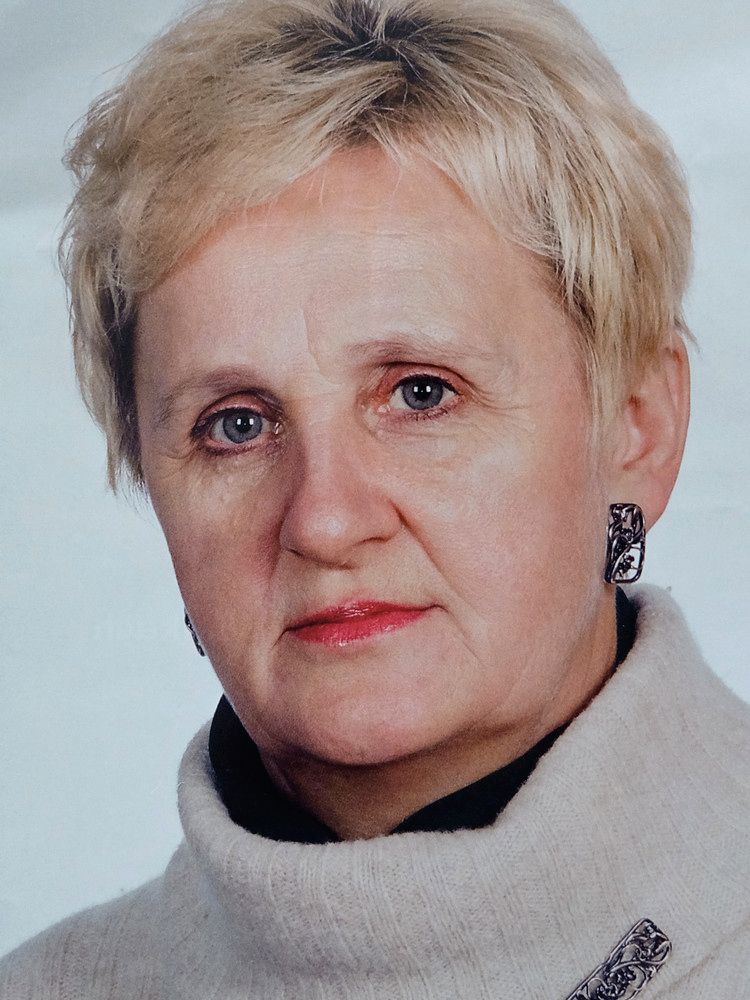 Irena Warakomska (1950-2016) aspired to make Suwalki the chess center of Poland. After she passed away in September 2016, it is her children WIM Anna Warakomska and GM Tomasz Warakomski, who have taken upon themselves to fulfill her unfinished dreams | Photo source: The archive of Anna Warakomska 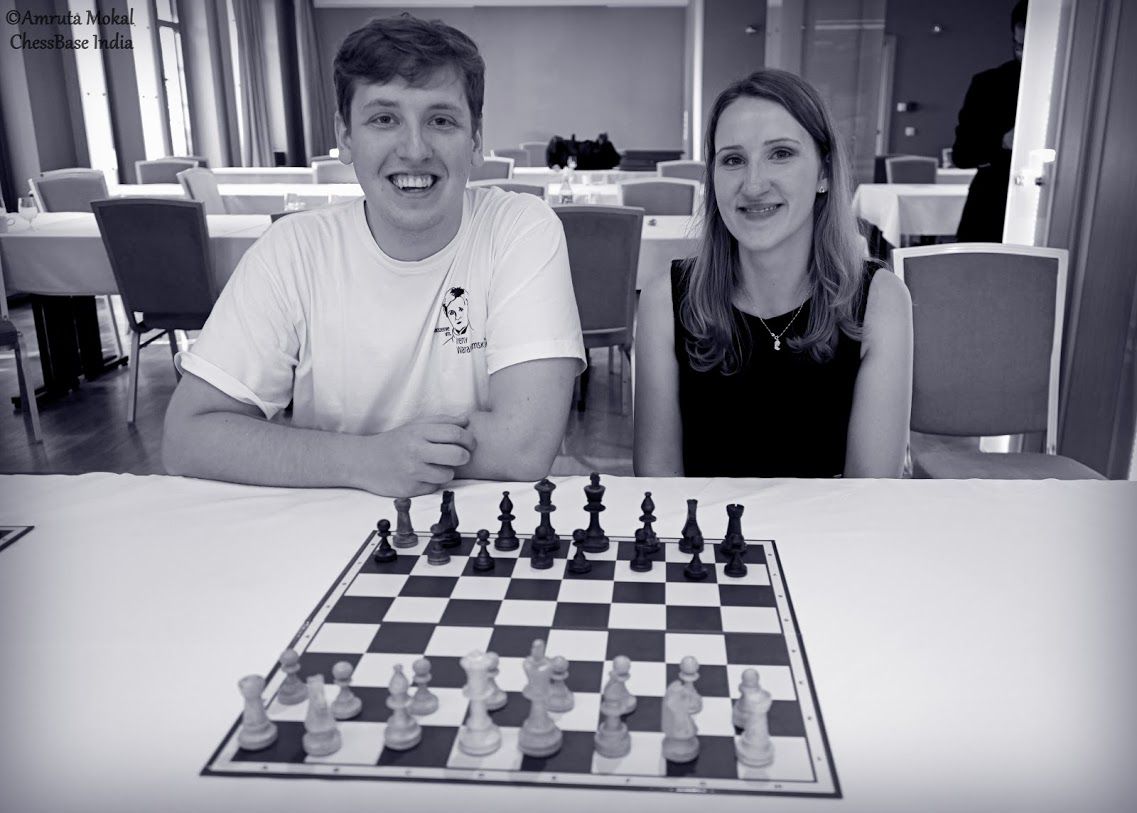 GM Tomasz Warakomski and WIM Anna Warakomska make one of the strongest chess siblings in the world. The duo is doing their best to carry forward their mother's legacy | Photo: Amruta Mokal

The third edition of the event this year took place from the 5th to 12th of August in the Velvet Hotel of Suwalki. The nine-round Swiss event followed a time control of 90 minutes for first 40 moves then 30 minutes for the rest of the game, with a 30-second increment from move one. At the end of nine rounds three players - Harsha Bharathakoti, Tomasz Markowski, and Vladimir Zakhartsov - finished tied on top scoring 7.0/9 points. But based on the tie-breaks Harsha was declared as the champion and the latter two had to settle for second and third places respectively. 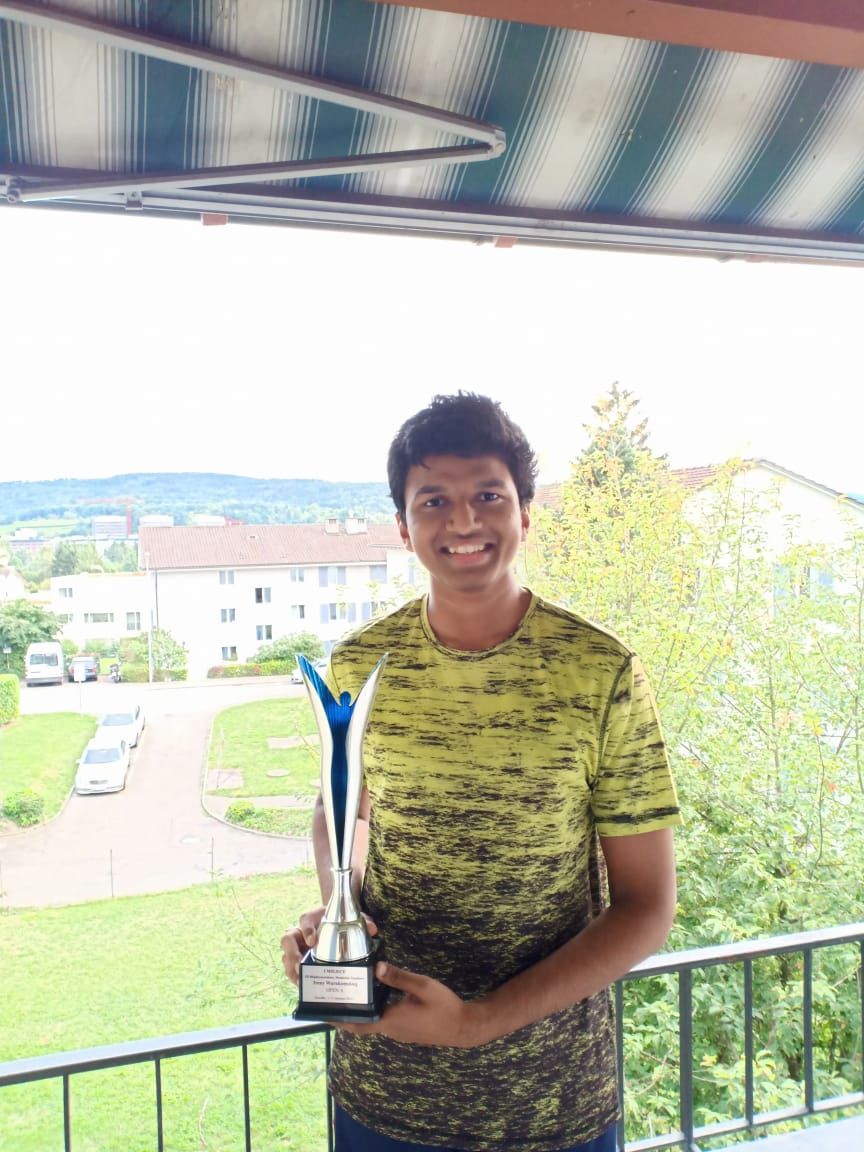 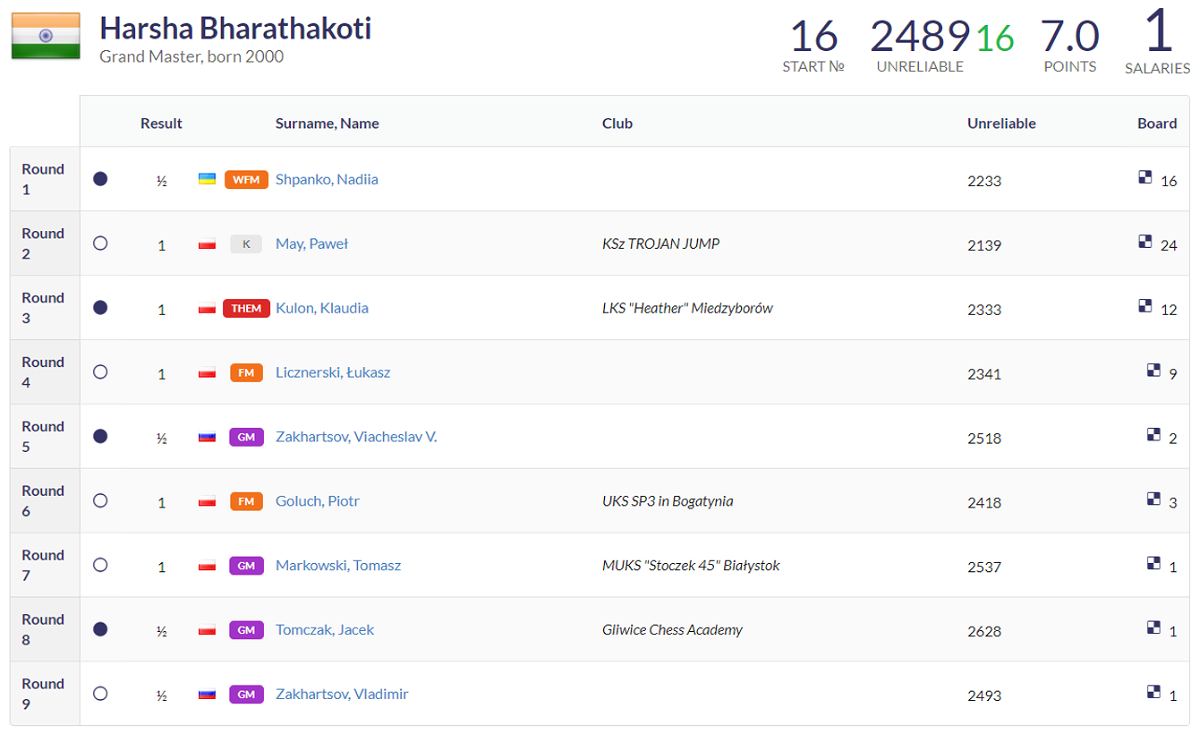 Harsha remained unbeaten in the entire event but the most critical moment for him was in round seven when he managed to beat Tomasz Markowski who was on sole lead at that point.

What makes for a great chess performance is a combination of preparation and over-the-board steadiness, Harsha showcased both of these attributes with his performance in this event. Let's begin by looking at the highlights of his encounter against Lukasz Licznerski from round four where he surprised his Polish opponent with a somewhat offbeat variation of the exchange Grunfeld. 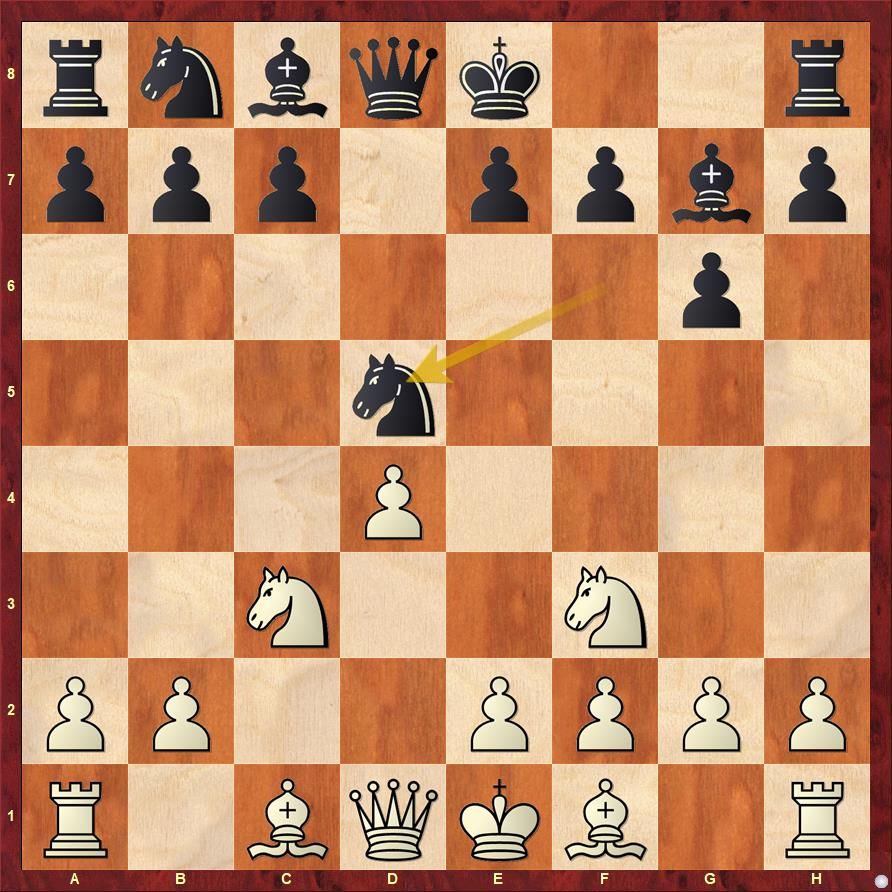 This is the standard Grunfeld position after 5...Nxd5. Here 6.e4 Nxc3 7.bxc3 is the well-known mainline but in the game Harsha took a tricky side deviation and played 6.Na4!? ... What do you think is the idea behind this unusual move?

Well, theoretically with 6...Na4 White intends to control the critical c5 square from the edge of the board and prevent Black from challenging the center with c7-c5 break for as long as possible. The shortcoming of this plan is obviously the fact that White loses a couple of tempi in the process. However, it is hard to meet such a sideline over-the-board without very good preparation. 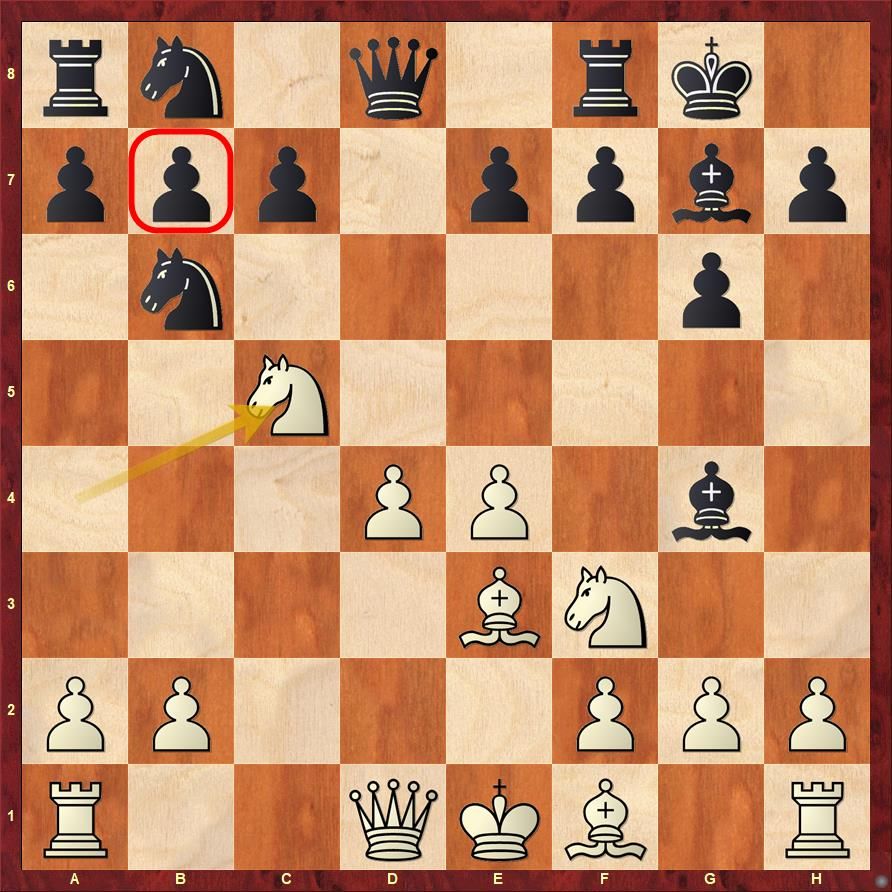 With 9.Nc5 White attained his ideal configuration restricting c7-c5 push and hitting the b7 pawn at the same time. Black played 9...Nc6 here developing his b8 knight, 9...Qc8 is the main alternative. 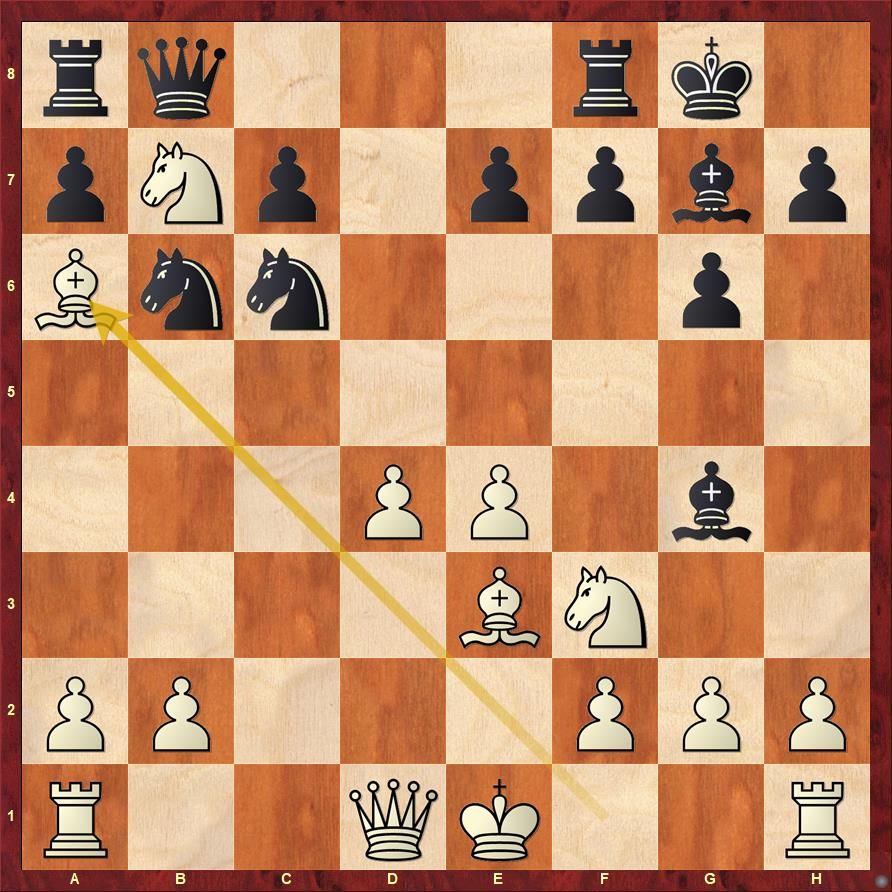 Position after 11.Ba6: Black replied with 11...Nb4 here which is by far the most popular move but possibly 11...e5 would have been a more practical alternative. After 12.dxe5 Nxe5 Black ends up down a pawn but has good activity in compensation. 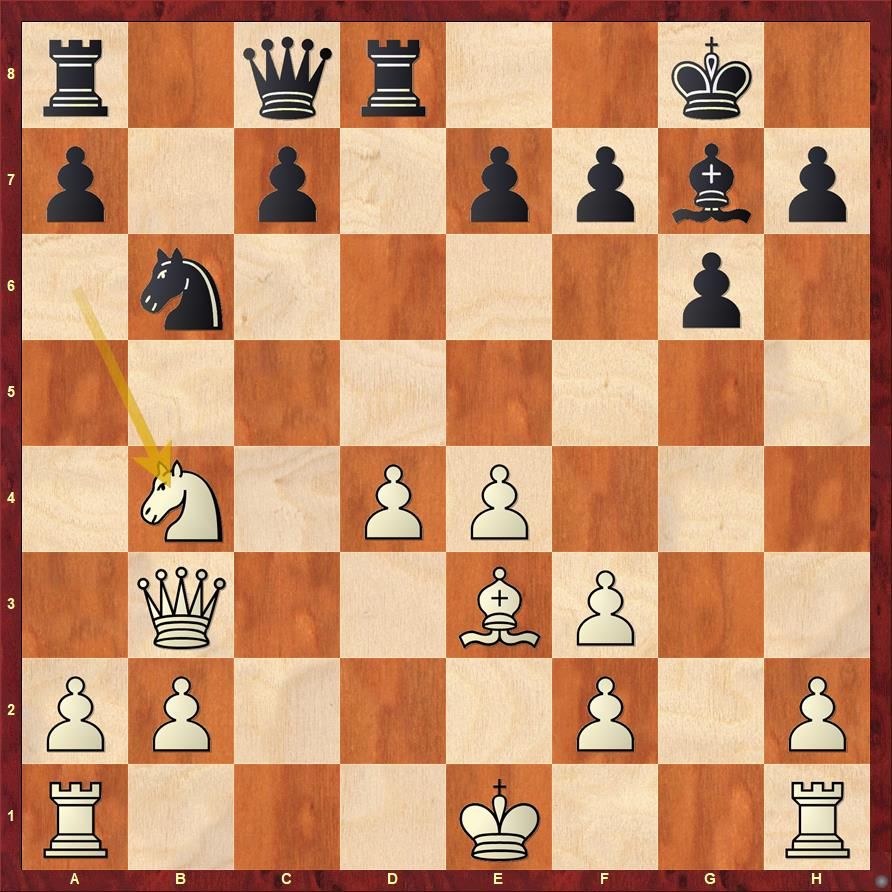 Position after 16.Nb4: White's position already started to look good at this point. Perhaps something like 16...Qd7 17.Qc2 c5! 18.dxc5 Qb5 would have been Black's best bet but in the game 16...Qh3 was played and this was the most critical error of the encounter. 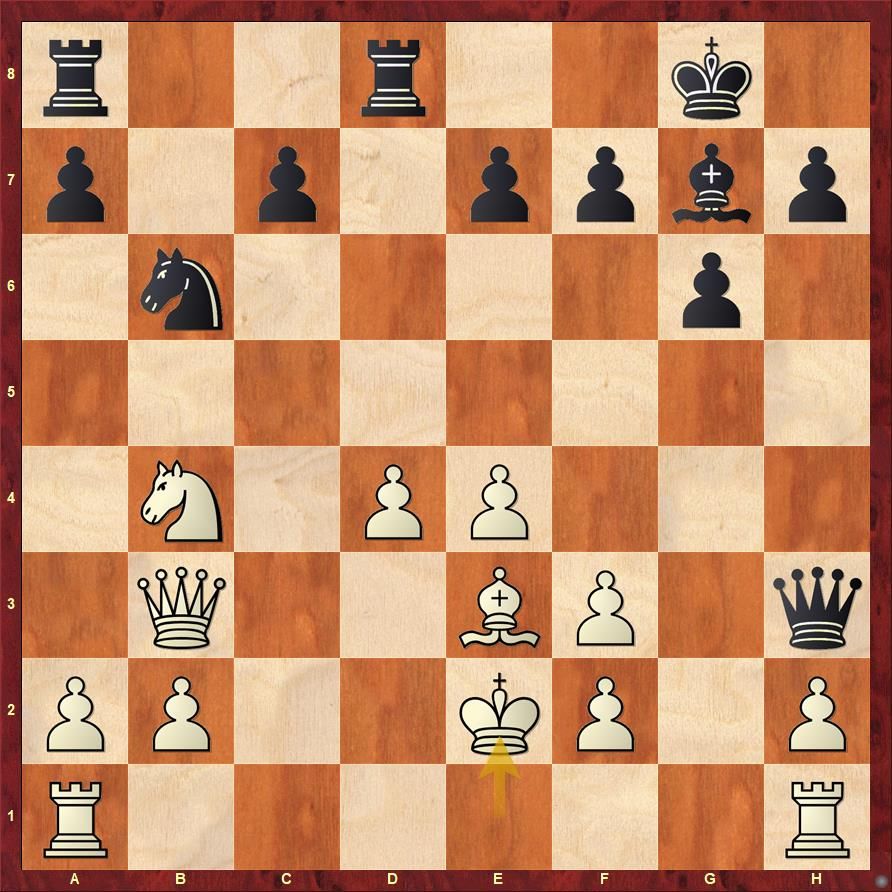 After 16...Qh3 17.Ke2 White could now easily regroup his pieces to optimal squares with Rac1 and Nc6 etc, while Black had no way to generate counterplay.

From here the game followed 17...Bxd4 18.Nc6 Bxe3 19.Nxd8 Rxd8 20.Qxe3 and Black retreated with 20...Qd7 leaving White just an exchange up with a winning position. The full game with detailed analysis by Harsha himself is presented below: 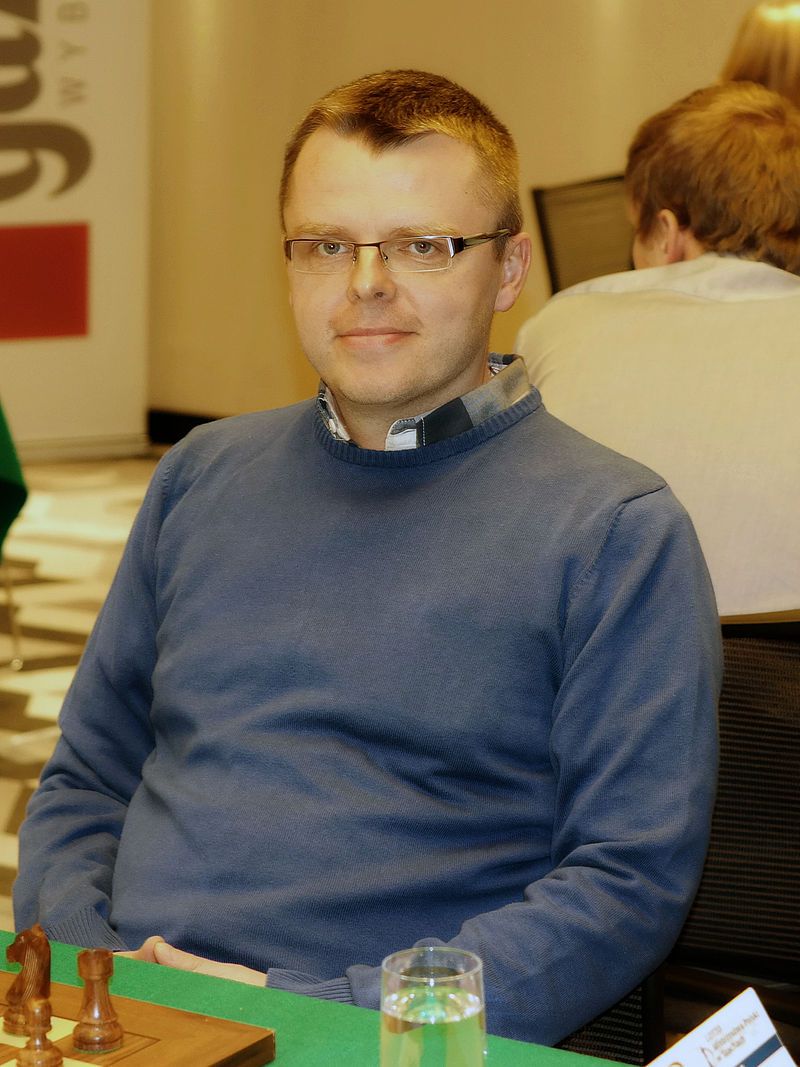 Tomasz Markowski started the event tremendously scoring 5.5/6 after six rounds. But in round seven his dream run was abruptly put to a halt | Photo: Wikipedia

Now let us have a look at the crucial seventh round victory that Harsha clinched playing against the strong Polish GM Tomasz Markowski. The game opened with a Queen's Indian defense and entered into uncharted territory as early as move 10. Soon after, the Indian Grandmaster was able to surprise his higher rated adversary and provoke a tangible weakness on his kingside on the 18th move! 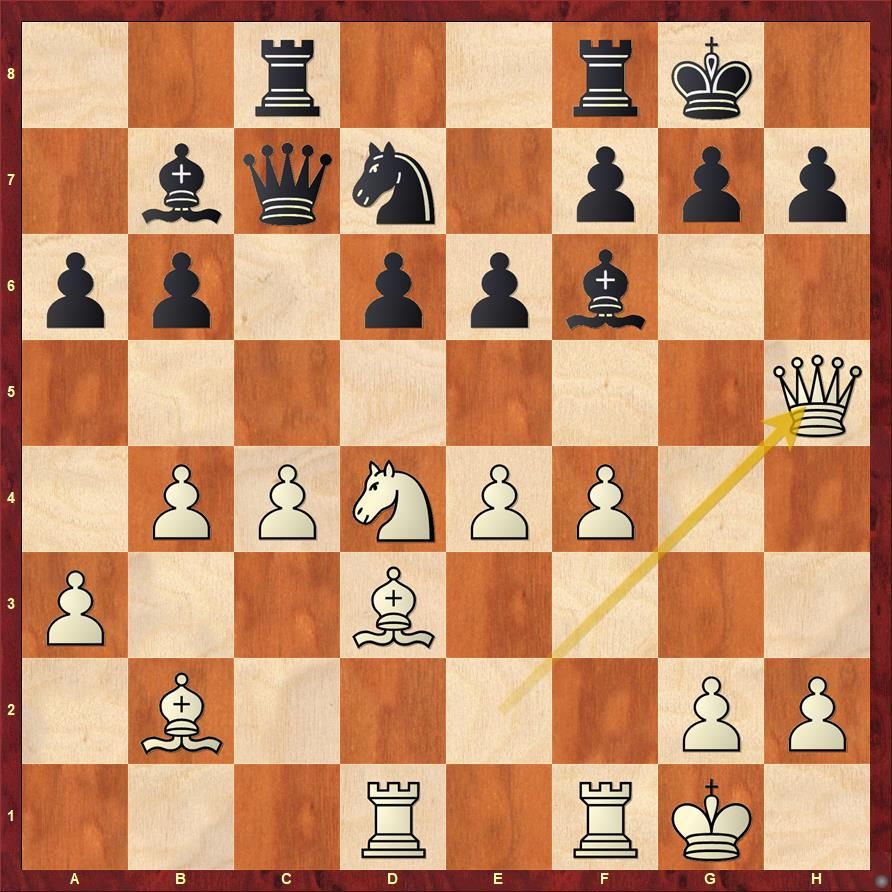 18.Qh5 was a clever move played solely with the idea of provoking a weakening pawn push on the kingside. 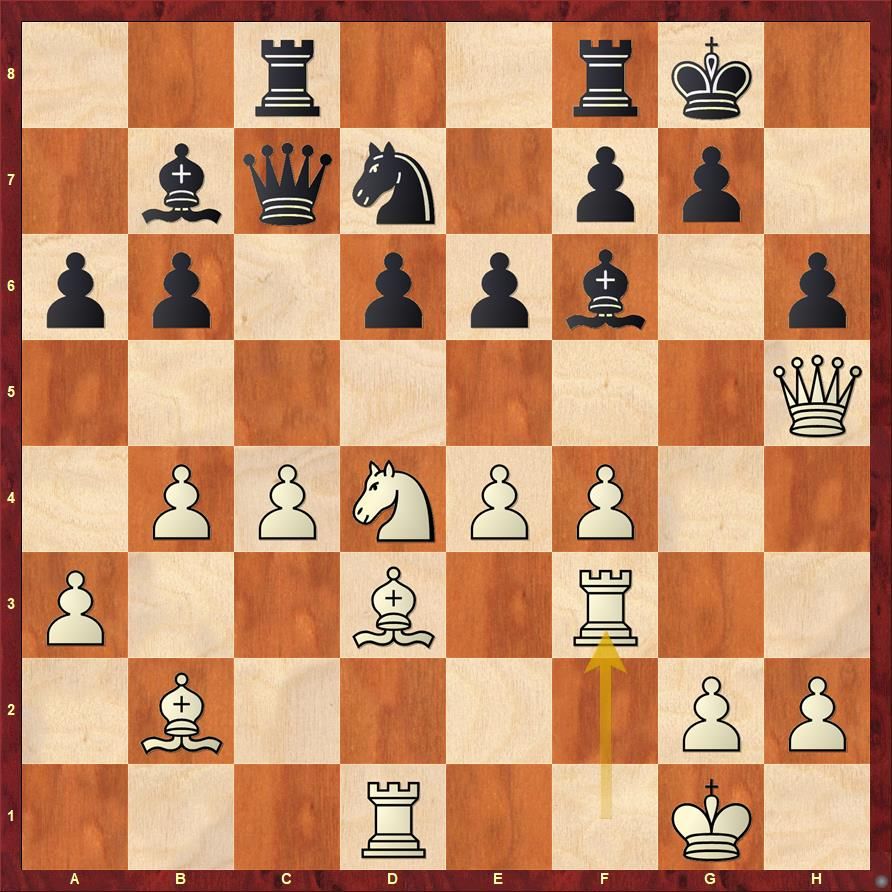 Next, with 19.Rf3 White's position already started looking extremely pleasant. Once again, 19...Rfe8 would have been the most dogged response but Black blundered here with 19...b5

Black failed to assess the seriousness of the adversity he was facing on kingside. After 20.Rg3 Kh8 Harsha went into a deep think to come up with the strongest continuation for White. 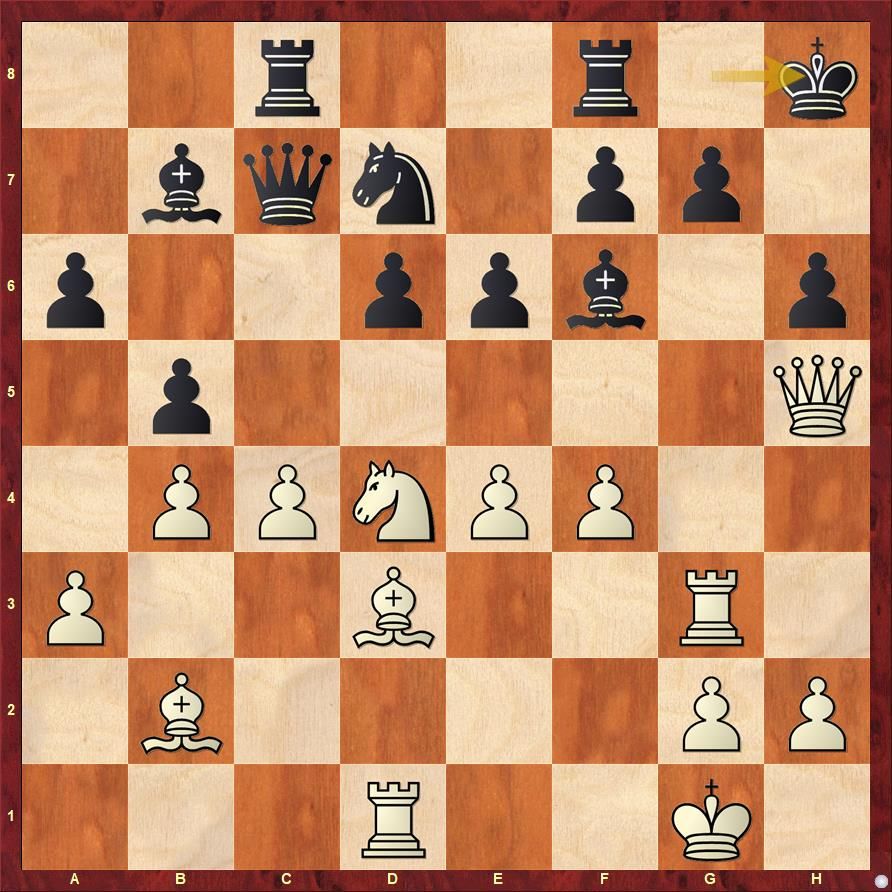 Position after 20...Kh8: Spent some time calculating the different possibilities in this position and try to find the most incisive way ahead for White.

The one candidate move that is certainly worth considering over here is the direct 21.Rxg7 but calculation reveals (see annotations below) that Black is able to hold after 21...Kxg7 with accurate play. The correct move to keep the initiative going and which Harsha indeed found in the game is 21.c5! 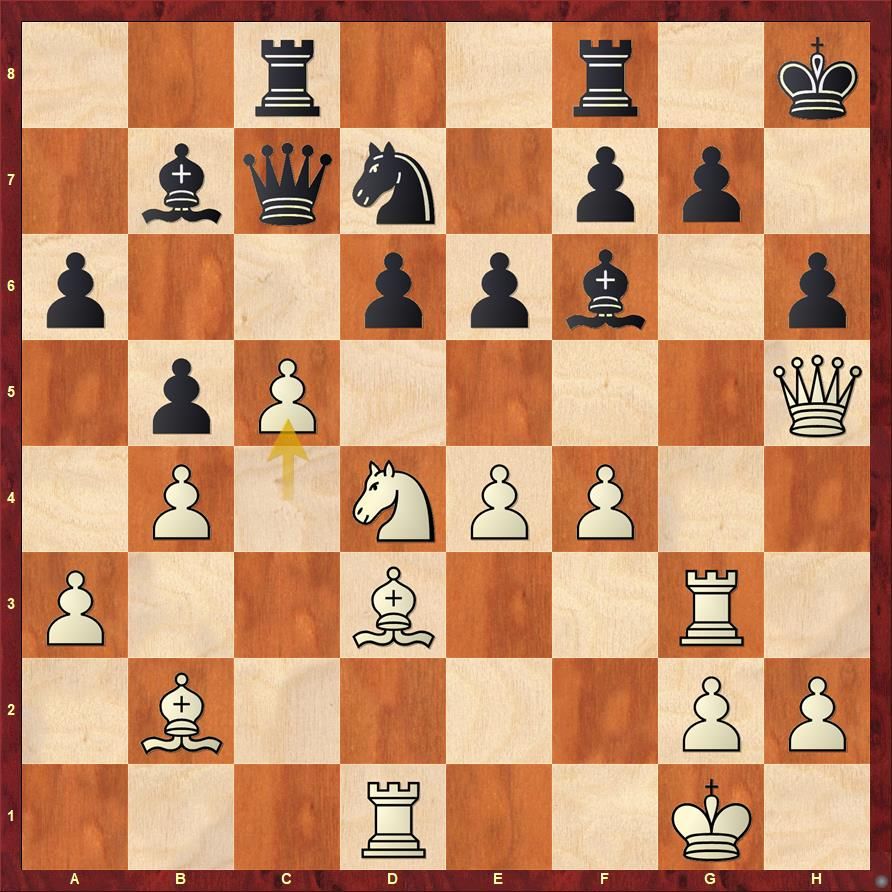 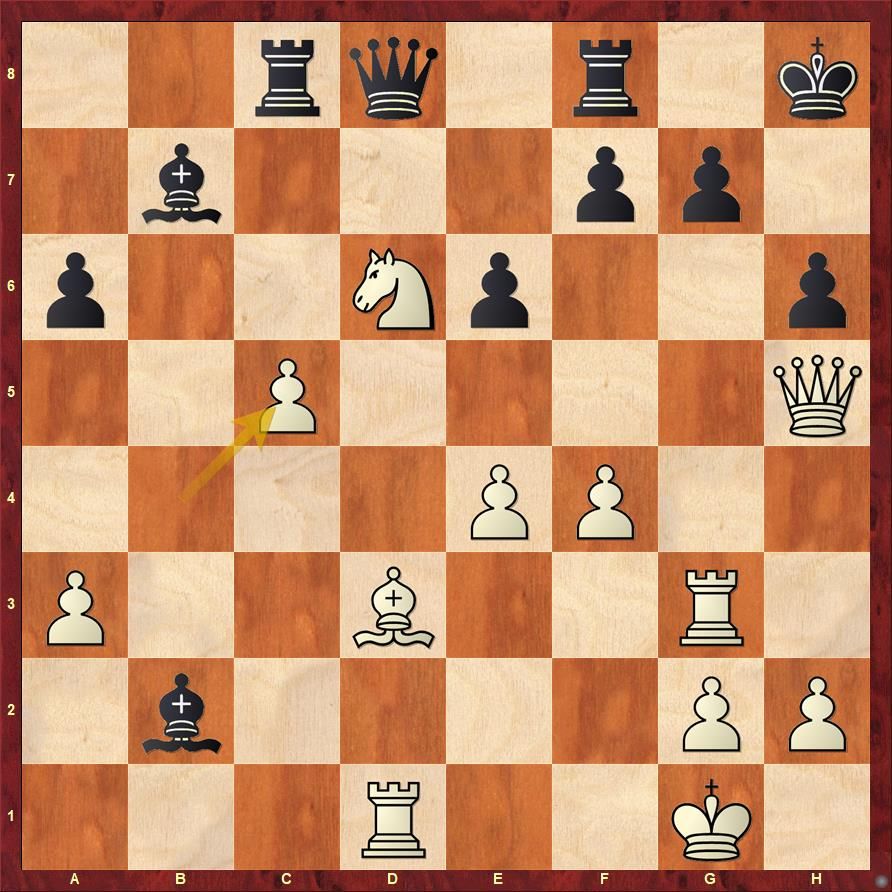 After 23...Bxb2 24.bxc5 White's advantage on the kingside was overwhelming.

The point is both c8 rook and f7 pawn are under attack and there's no good way to defend. For instance, 24...Rc7 runs into 25.Bc2 (opening the d-file for discovery on the queen) 25...Qf6 26.Qg4 after which Black becomes exposed to several tactical blows. In view of these complications Markowski decided to part with an exchange here. 24...Qc7 25.Nxc8 Rxc8 was played and resignation came not long after.

Harsha sends us the full game with his own annotations:

A wonderful performance by the player from the Indian state of Telangana. Soon after this achievement he actually went away to play the Josef Kuper Memorial in Zurich. It is this constant drive to bring back laurels for the country that is shaping the future of chess sport in India. Among the other Indians, GM Shyam Sundar M finished ninth with a score of 6.0/9 and GM Karthik Venkataraman twenty-third with 5.5/9. 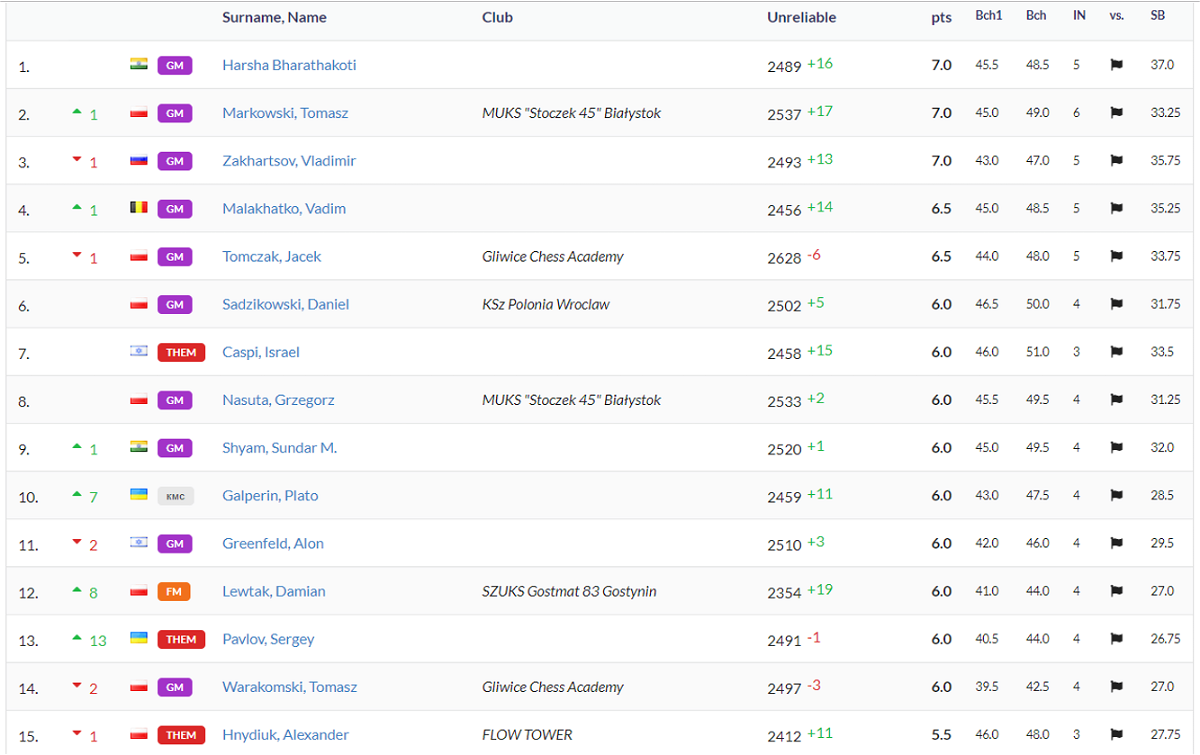