The third round of the Hainan Danzhou Masters saw GM Vidit Gujrathi register an emphatic victory over Samuel Shankland. With the white pieces, Vidit got an advantage early out of the opening and hardly gave his opponent a chance to catch up. With this win, Vidit has moved to the joint third spot while also breaking Shankland's streak of 62 undefeated games. Even overall, the round was a turbulent one. Three out of the four games of the round ended decisively while Vladimir Fedoseev miraculously saved a lost game against Jan-Krzysztof Duda. With Duda's game drawn, Bu Xiangzhi who won against Le Quang Liem in round three has taken sole lead in the tournament

Third time is a charm

Third time is a charm, they say, and so it was in Vidit Gujrathi’s case at the 9th Hainan Danzhou Super Grandmaster’s tournament. Having lost and drawn in the first two rounds, the Indian number three registered an emphatic win over GM Samuel Shankland in round three, breaking the American grandmaster’s streak of 62 unbeaten games. A couple of rounds ago, Vidit’s own long unbeaten streak of 40 games (Tata Steel - 13, Aeroflot - 9, Sigeman - 5, Poikovsky -9, Chinese League -4) was broken with a loss against the Polish GM Jan Krzysztof Duda. With this win, Vidit has climbed up to the joint third place on the leaderboard. Given that he was in the bottom-most spot at the commencement of the round, this is a very welcome change of state for the Indian number three. 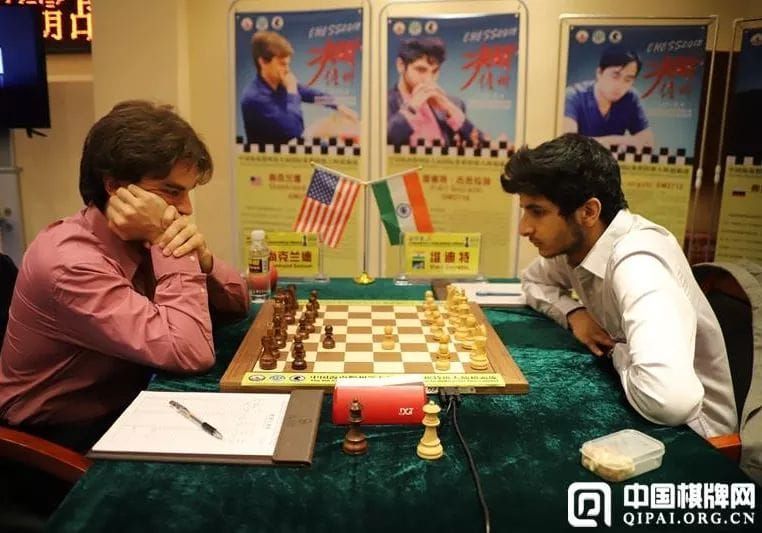 1.c4!? by Vidit, but the game went into Slav Defence territory | Photo: Qipai.org.cn

In the game, Vidit acquired an early advantage with the white pieces in a Slav Defence and was dominating out of the opening. 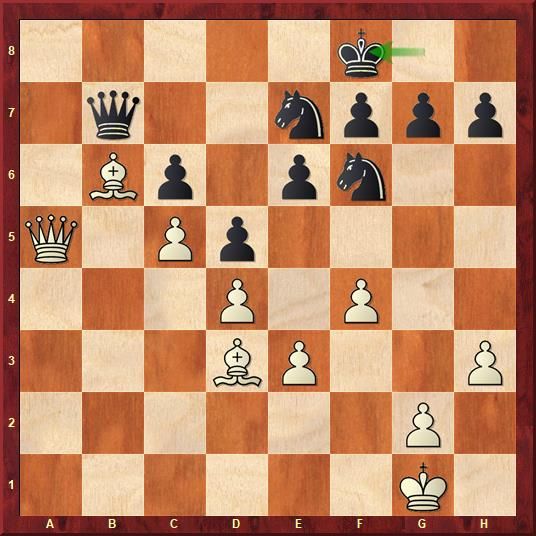 All trumps are in Vidit's hands in this position. It is he who has the space advantage, the two bishops and control over the a-file, which is, practically, the only open file on the board. Here, Shankland played 29...Kf8, allowing Vidit to take over the initiative with the bishop manoeuvre Bc7-d6. Shankland fought tooth and nail to hold his position together over the next few moves but the cramped position he was in only got worse with each passing move. On his 46th turn, he made his final error. 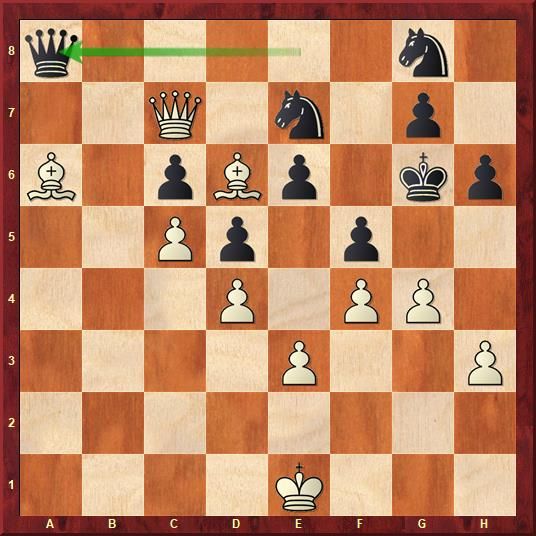 Vidit had opened another front of attack here with 46.g4. Shankland's response 46...Qa8 allowed Vidit to win two pawns and even liquidate into a queen endgame after 47.Bxe7 Nxe7 48.Qxe7 Qxa6 49.Qxe6+ followed by 49.Qxf5. The game went on for a few more moves but the outcome of the game was never in doubt. 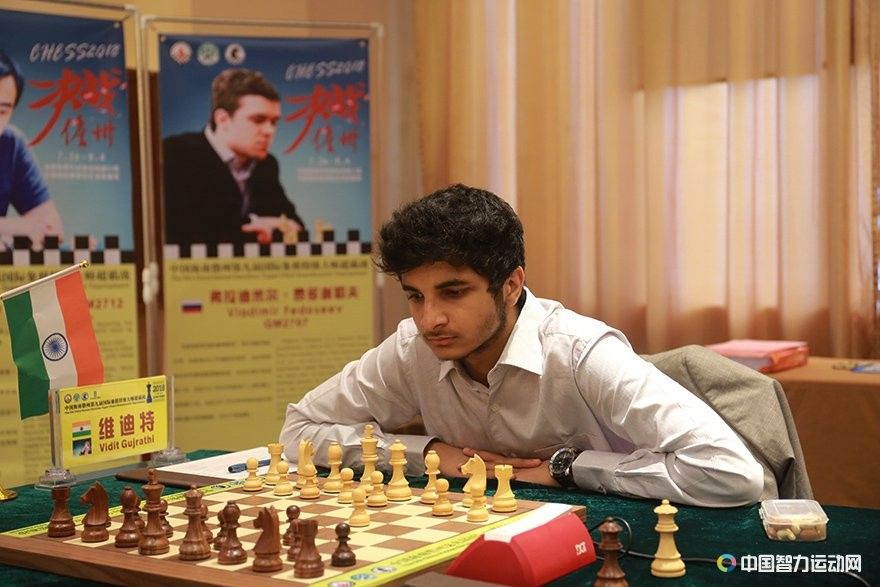 After a loss and a draw, Vidit finally won his first game of the tournament in round 3 | Photo: Official website

The other games of the day were no less exciting. While two games finished decisively, Vladislav Fedoseev survived what was nothing short of a miracle. Out of a Semi Slav, Duda had gone all guns blazing at his opponent from the word ‘go’. Flinging his kingside pawns forward early in the game, Duda generated a very strong kingside attack right out of the opening. Sacrificing a whole rook, he had almost caught Fedoseev’s king in a mating net. Had it not been for a timely queen sacrifice by the Russian grandmaster, his king would have been doomed to death. And even the endgame Fedoseev had bailed out into did not seem to be very promising. Duda had a strong outside passed pawn along with a knight and queen against his opponent’s two rooks and a bishop. But despite all of his advantages, Duda was unable to break through his opponent’s ironclad defence in this endgame. After trying for more than five hours, the Polish GM decided to sign the truce. 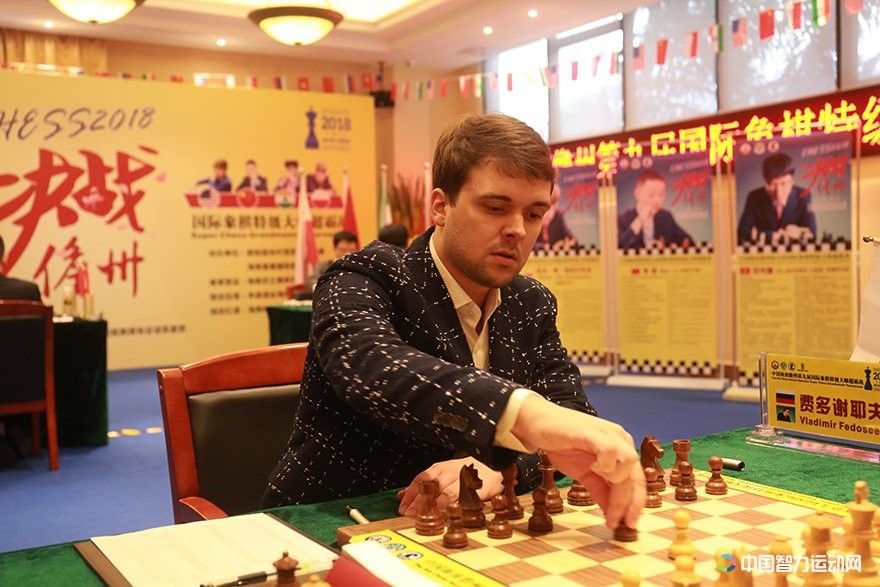 Fedoseev pulled out a miraculous draw against Duda in the third round | Photo: Official website

The all-China battle between Wei Yi and Yu Yangyi resolved in a surprise win for the latter. Yu Yangyi had essayed the Petroff Defence with the black pieces, an opening he had side-stepped in the previous round against Bu Xiangzhi. The position had remained equal all through the game. Wei had an extra pawn in the game but his crooked pawn structure rendered the position equal. But Wei faltered quite extraordinarily on his 35th move and lost two back to back pawns. Just five moves later, he decided to throw in the towel. 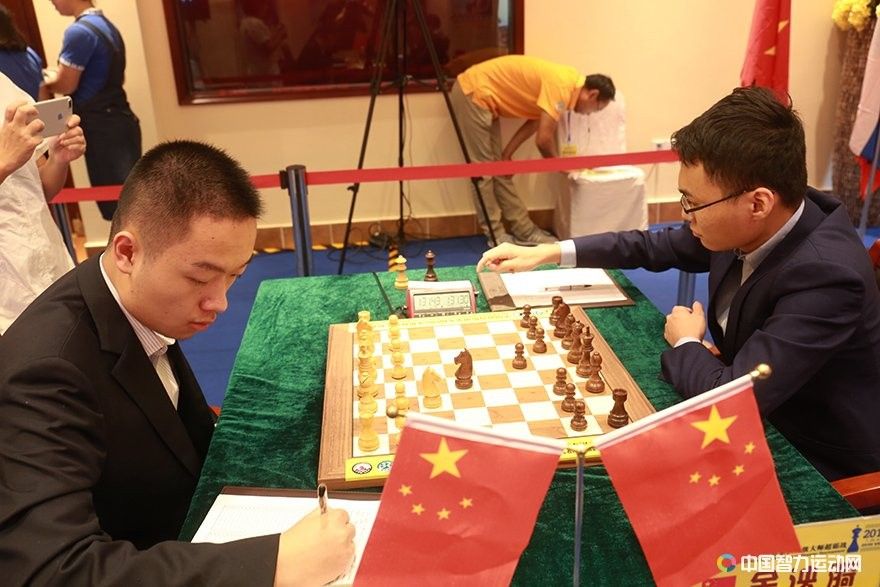 Things had gone badly wrong for the Vietnamese number one, GM Le Quang Liem, in his game against the tournament leader, Bu Xiangzhi. With the black pieces, the Vietnamese grandmaster placed his knight on the rim very early on his seventh turn in a Symmetrical English and went on to shred a pawn, a few moves later. This was followed by a queen exchange and after a few minor skirmishes, Bu succeeded in converting the game without much discomfort. 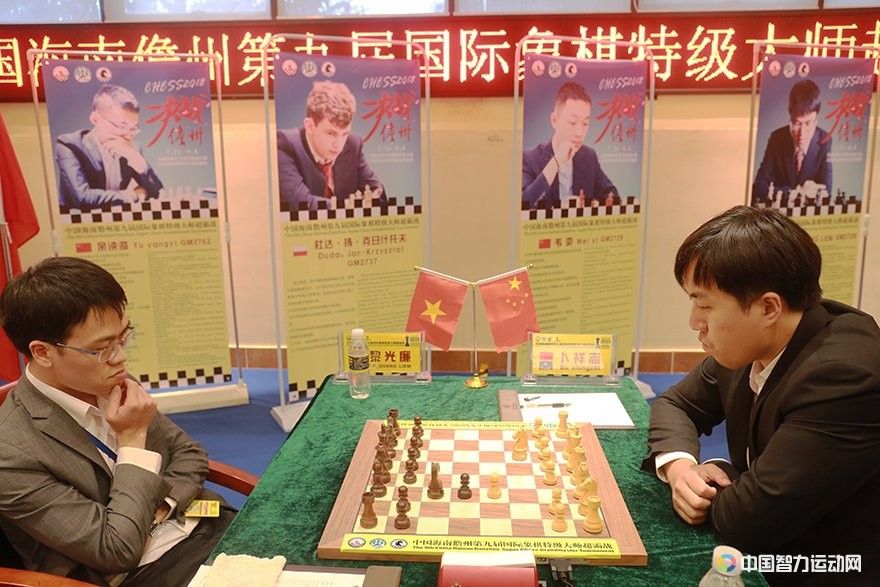 Le Quang Liem clearly had an off day in round three | Photo: Official website

With this win, Bu has taken sole lead in the tournament with a score of 2.5/3. Jan-Krzysztof Duda is half a point behind at 2.0/3 while Vidit Gujrathi, along with with Vladimir Fedoseev and Yu Yangyi share the third place with a score of 1.5/3. Another pack of three consisting of Sam Shankland, Le Quang Liem and Wei Yi share the bottom-most spot at 1.0/3.