The final round of the Hainan Danzhou Masters saw the Indian number three, GM Vidit Gujrathi, finish at the bottom of the leaderboard. Playing against Vietnamese GM Le Quang Liem, Vidit lost a pawn in the middle game and was unable to find his way through the ensuing complications. Meanwhile, Yu Yangyi won the race for the top spot after Bu Xiangzhi, the only other contender for the title lost to Vladimir Fedoseev. Yu was half a point ahead of the rest of the field and finished with a comfortable draw to bag the champion's trophy.

After a stormy penultimate round, the battle for the title of the 9th Hainan Danzhou Masters was between the overnight tournament leader, Yu Yangyi and his compatriot Bu Xiangzhi. Bu was half-a-point behind the leader and had to win at all cost to remain in contention.

Yu Yangyi, on the contrary, could afford to take things calmly. He had the luxury of going for a solid draw and putting the onus of catching up on his rival – and that is what he did. Bu, however, was unable to win his game to catch up in the tournament lead. With the black pieces, he lost quite surprisingly against Vladimir Fedoseev, leaving Yu Yangyi in sole first place. 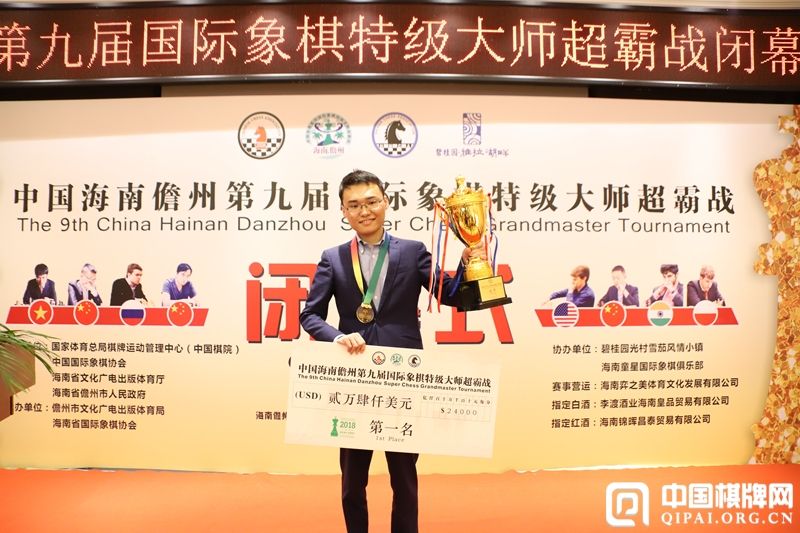 In the meanwhile, Indian number three, GM Vidit Gujrathi was battling to avoid finishing in the bottom-most spot on the leaderboard. The final round had pitted him against Vietnamese number one, GM Le Quang Liem. Vidit had the white pieces in this game and this was a good opportunity to finish the tournament on a high note.

The game began with a Nimzo Indian Defence in which the players followed the moves from the game between Alexei Shirov and Michael Adams in Bilbao, 2014. On his 14th turn, Vidit deviated from Shirov’s play and came up with a novelty. As play progressed, Vidit gave up a pawn in the middle game in order to manoeuvre his knight to the kingside.

Le Quang Liem was able to hold on to this pawn well into the middle game. As compensation, Vidit had the initiative and a better pawn structure.  On the 64th move, the tide began to turn in Le’s favour, Vidit cracked and made back to back errors. 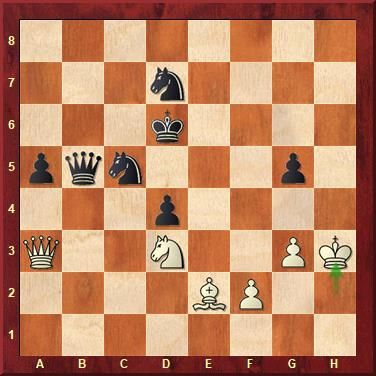 Vidit had chased his opponent’s king all the way from the kingside to its current post where it now looked safe. White had no checks and the discovered attack on the queen didn’t lead anywhere. Unwilling to take on c5 and give up the pin on the knight – which was the best way to proceed – Vidit decided to go with his king to h3. Now after 64…Ne5 65.Nxe5 Qxe2, the white king suddenly looks exposed. 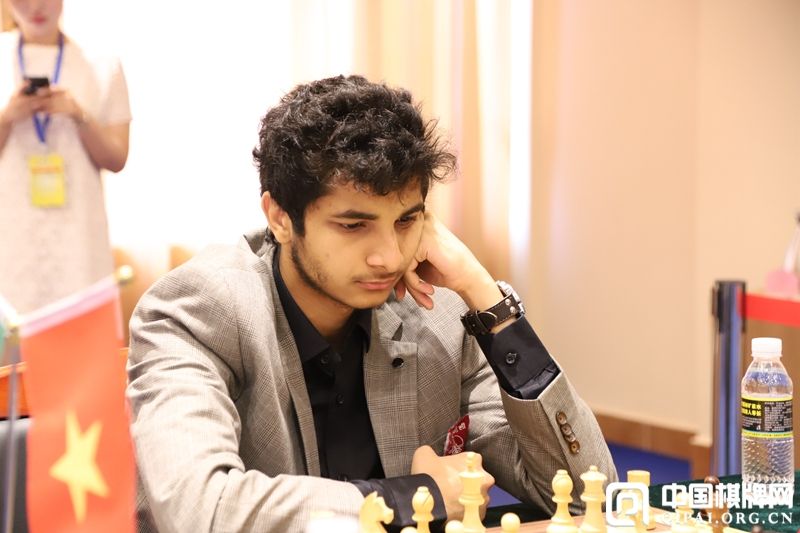 Yu had the black pieces against Sam Shankland in the final round and went for his favourite Petroff Defence. As is the case in most Petroffs, the position reached out of the opening was rather bland. By the 21st move, a dead equal endgame with rooks and bishops of opposite colours was reached. The game went on for 17 more moves but the result of the game was never in doubt. 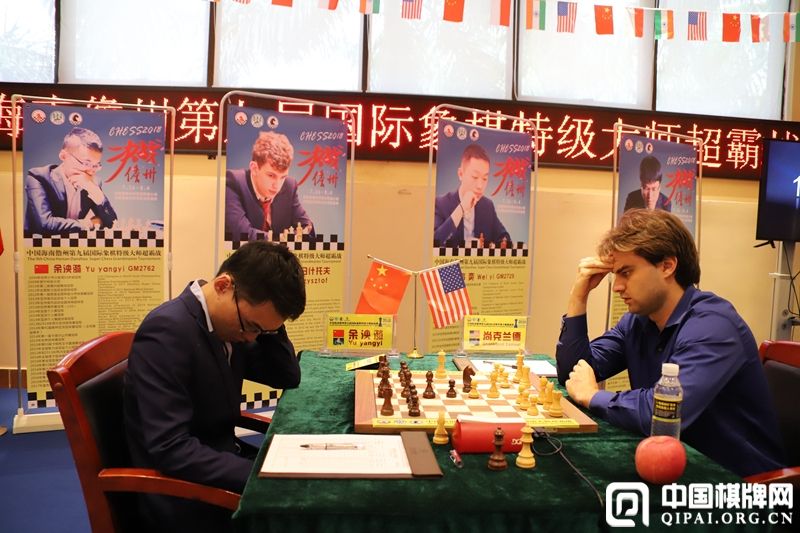 Yu Yangyi decided to go for a quiet draw in the final round | Photo: Official website

A draw in Yu Yangyi’s game meant Bu Xiangzhi had a chance to catch up with the tournament leader. However, Bu’s own position did not hold much promise.  Within the first 25 moves in a Queen’s Indian Defence, the game had reached a rook and pawn endgame with five pawns for each side. 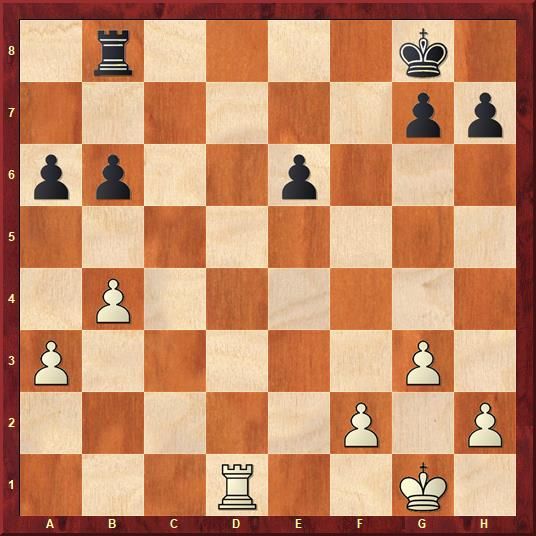 Although the position looks more or less equal, Fedoseev is in the driver’s seat here. Despite material equality, black is under some pressure due to his weak pawns and passive rook. White managed to net a pawn here after 26.Rd6 Kf7 27.Rd7+ Kf6 and 28.Ra7. It took some time in the ensuing endgame for Fedoseev to convert the game but by move 58, he had secured his first win of the tournament. 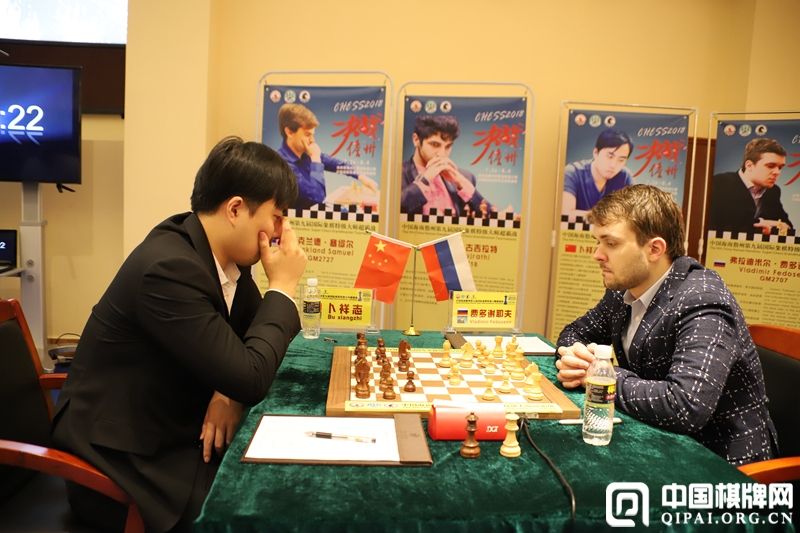 Jan Krzysztof Duda and Wei Yi discussed the Mikenas variation of the English Opening. Wei was very well prepared for the game. Deviating from known theory on his 8th turn, he went on to get a slight advantage early in the game. Although queens were off the board, Wei, with his extra space and double bishops, exerted considerable pressure on Duda’s position. Duda fought hard to restore equilibrium but black’s advantages turned out to be too difficult for him to deal with. 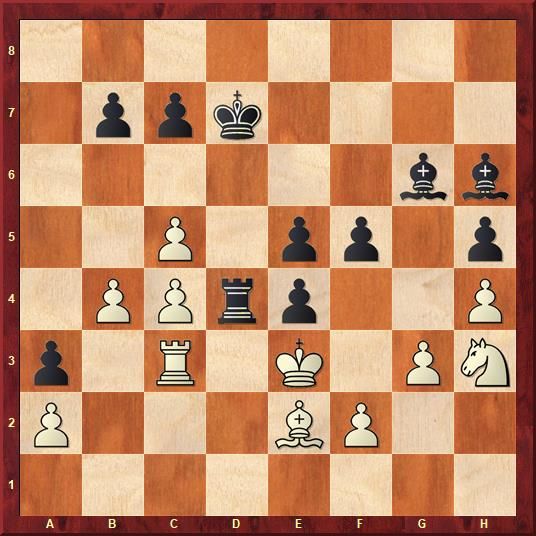 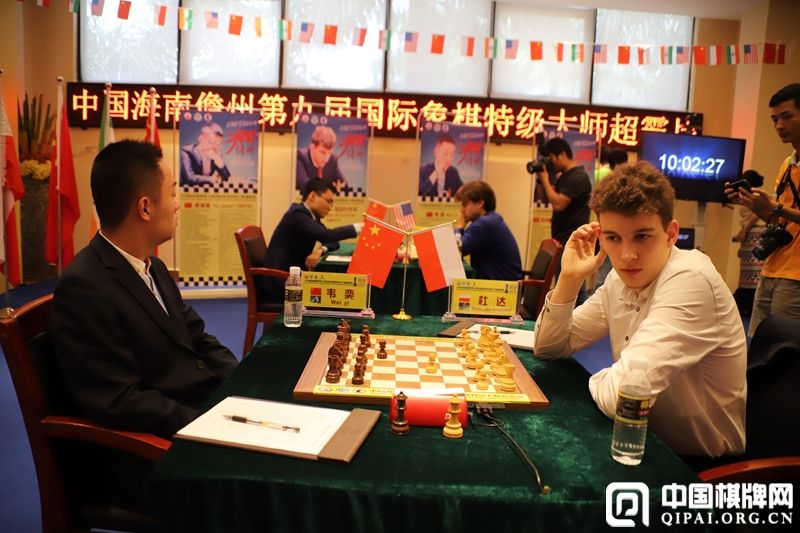