India's 16th and Kerala's first GM Gopal G N launched his website on last week of August 2020. The site has various content - Testimonial, Gallery, his achievements and more. He uploaded a couple of videos explaining Exchange Sacrifices. Gopal is an accomplished player. He became a GM in eight months after becoming an IM. Gopal has a huge list of accolades - Gold in National Junior 2004, National Sub-Junior Rapid 2001; Silver in Asian Team 2008 and 2012, National Premier 2010; Bronze in World Team 2010, Asian Games 2010, Asian Team Blitz 2012 and many more. Did you know that Gopal is one of the very few Indian players to have become a GM without having a personal foreign GM trainer. Photo: Official site

Gopal explains Exchange Sacrifice in two games in two short videos. The first one is Kasparov's win against Movsesian and the second one is Gopal's own game against Rakesh Kumar Jena.

One of the first feature in his site is Testimonials where some of the World-Class players has written on Gopal. 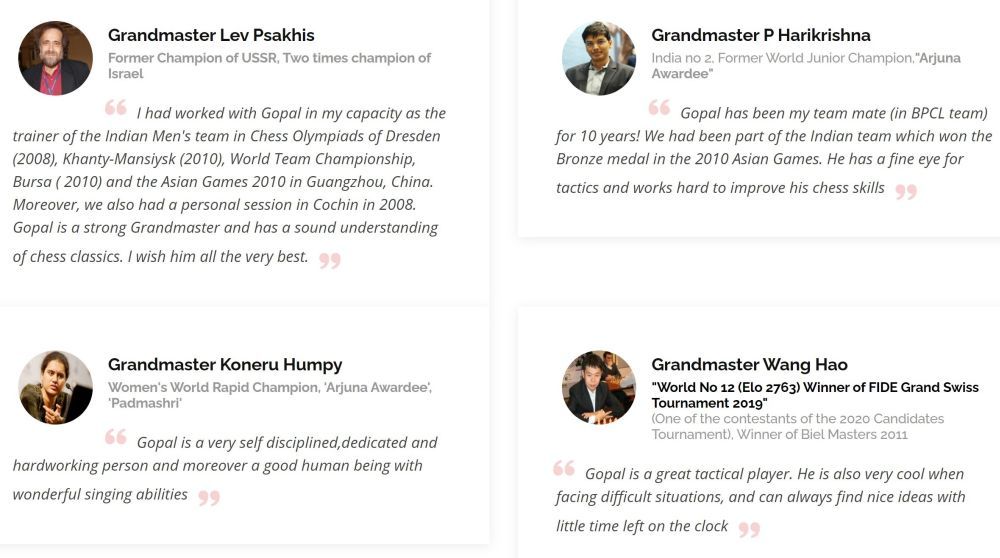 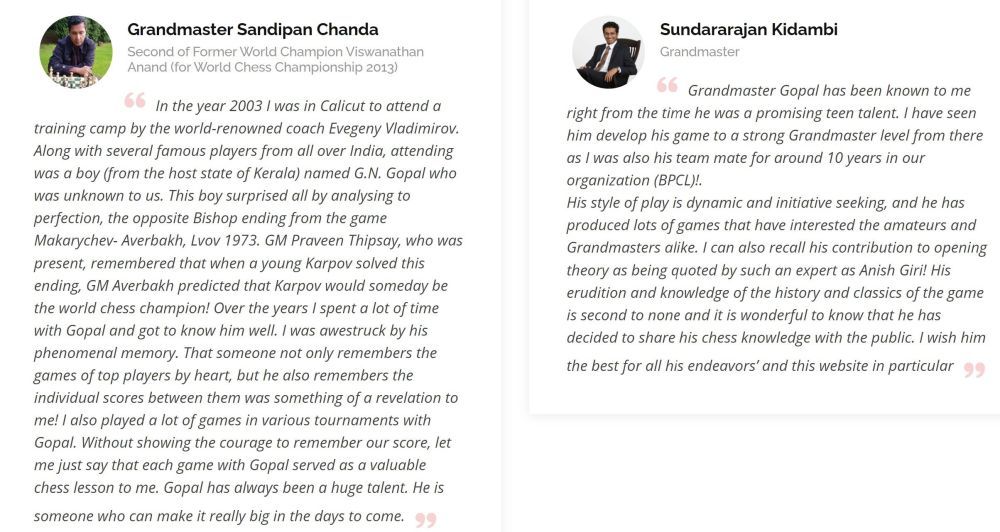 The photo gallery has some photos of Gopal playing in various events including for team India too at various team championships. 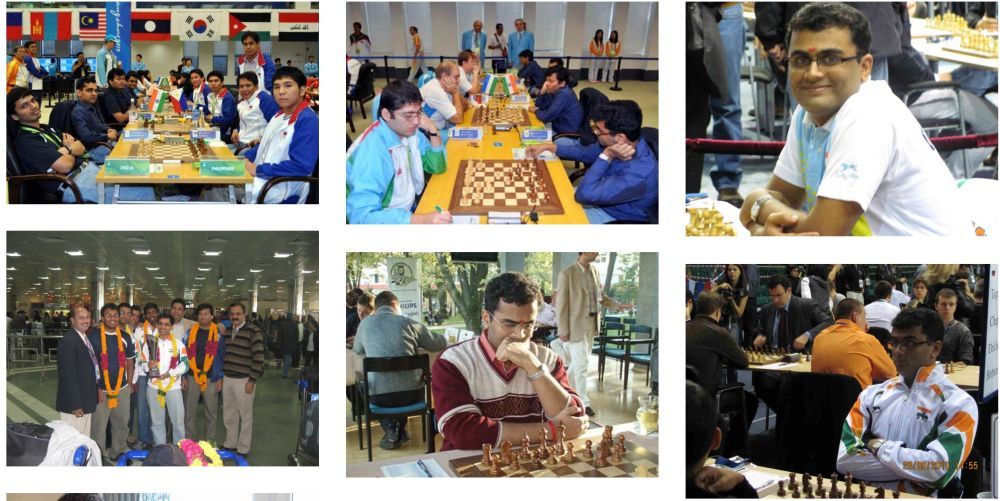 Gopal has played various strong events against top players all over the world | Source: Photo Gallery

Gopal's list of accolades is huge. You can see them all here.

Gopal has a long list of his achievements, scroll the vertical bar on his site to know them all | Photo: Official site