A tour of the Netherlands with GM Surya Ganguly!

Chess players have the unique fortune of combining their work with travelling. Tournaments are held in different parts of India and the world, and often lasts for more than a week. It seems absolutely natural to visit the new city/village/town that you are in and get to know more about it. Just that, most of the chess players we know, do not like to explore! They would rather prefer spending their time in the room preparing how to meet the Dutch Defence, rather than go out enjoy the Dutch beauty! Well, Surya Ganguly is an exception in that sense! He was in the Netherlands for the Tata Steel Challengers 2020 with his wife Sudeshna, and after the event spent some time exploring the country! We take you on a tour with the India no.7.

I had a great time at the Wijk aan Zee. Very fighting chess despite the number of draws I had!. Would like to thank Jeroen Van den Berg (the tournament director) and his team for another beautifully organised Tata Steel Chess event, truly the Wimbledon of chess!

Anish, Erwin and Lucas giving me advice on the best places to visit in the Netherlands! | Photo: Alina l'Ami

After the tournament ended I spent some time visiting the capital of the country - Amsterdam. And the Amsterdam tour is never complete if you haven't visited Max Euwe Centrum! 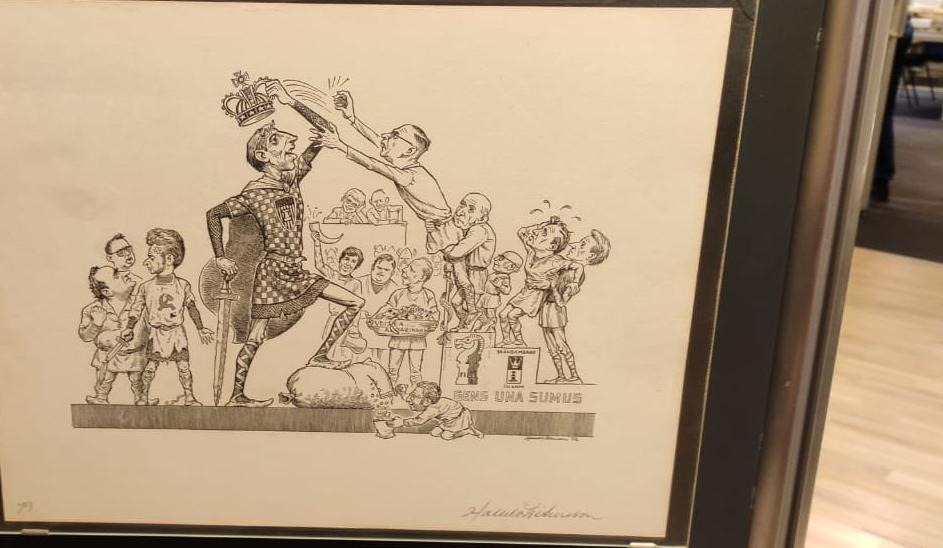 Fischer taking the 👑
It also preserves a few ancient chess references
Also many rare clicks! (Ed- Can you identify these two greats?)
Even I had to pose for the camera

As is clear, I love to visit museums! I was fortunate that I could visit two more museums in the trip - Rijksmuseum in Amsterdam and Mauritshuis Museum in Hague. Here are a few pictures from the Rijkmuseum:

Didn't expect the Spanish in a Dutch museum!
Loved this.. made by a German soldier before WWII
Rijksmuseum is full of famous paintings.. like the self portrait of Van Gogh
An amazing painting: Christ's visit to Mary and Martha.. and as the description board says, the painting gives an important message: Do not give in to the earthly temptations.
My wife Sudeshna lost in the battle of Waterloo!
Another very famous painting at Rijksmuseum

The most famous thing in Rijksmuseum is "The Night Watch". Now they are making some changes and doing some incredible scans which can be followed online by anyone from their website! You must also know more about this amazing painting by following this article - 10 things you didn't know about the Nightwatch
A closer view of Rembrandt's Night Watch | Photo: Wikipidea

The painting is famous for three things: its colossal size (363 cm × 437 cm (11.91 ft × 14.34 ft)), the dramatic use of light and shadow (tenebrism) and the perception of motion in what would have traditionally been a static military group portrait. With effective use of sunlight and shade, Rembrandt leads the eye to the three most important characters among the crowd: the two men in the center (from whom the painting gets its original title), and the woman in the centre-left background carrying a chicken. Behind them, the company's colors are carried by the ensign, Jan Visscher Cornelissen. The figures are almost life-size. Rembrandt has displayed the traditional emblem of the arquebusiers in a natural way, with the woman in the background carrying the main symbols. She is a kind of mascot herself; the claws of a dead chicken on her belt represent the clauweniers (arquebusiers), the pistol behind the chicken represents clover and she is holding the militia's goblet. The man in front of her is wearing a helmet with an oak leaf, a traditional motif of the arquebusiers. The dead chicken is also meant to represent a defeated adversary. The colour yellow is often associated with victory. (Source: Wikipidea)

Girl with the pearl earrings 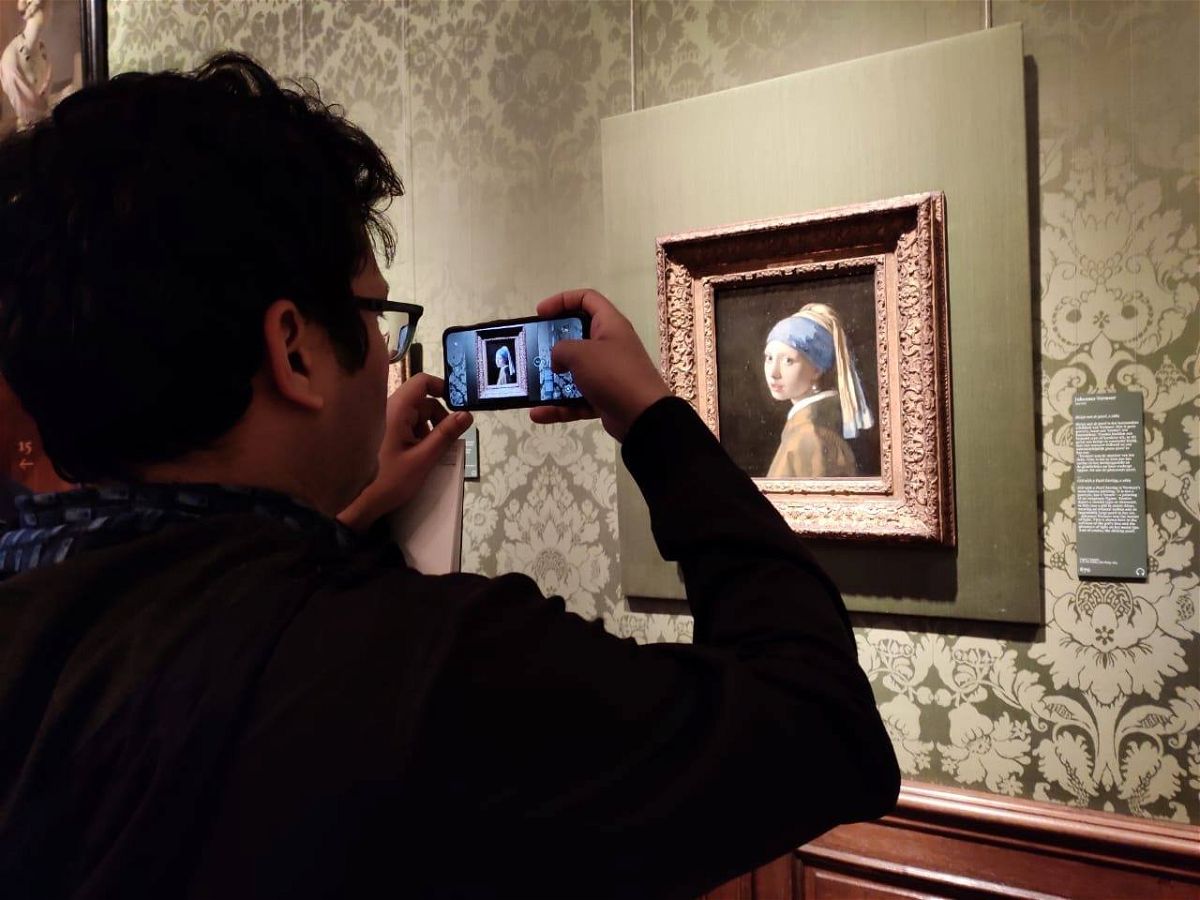 Boy with a mobile camera!

The Hague! This is the famous Equestrian statue of Prince William of Orange

Delft is a popular tourist destination in the country of The Netherlands. It is home to Delft University of Technology (TU Delft), regarded as center of technological research and development in the Netherlands

My next visit was to the Amsterdam Zoo! It turned out to be a paradise for animal lovers. Birds and exotic animals roam around freely inside the zoo. Absolutely loved it!

Inside an aviary
Victoria Crowned Pigeon - largest pigeon in the world! Incidentally in Australia I saw the second largest too!
My tour guide in the aviary!
Thinkers!
Selfie time! 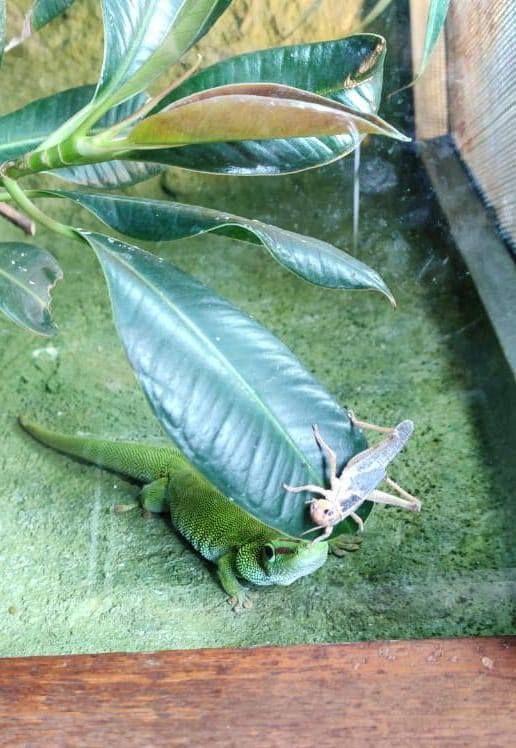 I got this just before the gecko ate the insect. It was and intense waiting maneuver and strategy game

I saw a Komodo for the first time

Komodo! A big one

Bat.. Man.. I've never seen a bat this close
The Bactrian Camel! The main difference from normal camels is it has two humps!

If you enjoyed this tour by Surya Ganguly, do like his Facebook page, where he makes sure to treat his followers to a small tour of whichever place he visits.