In the second game of round three of World Cup 2017 Sethuraman had the white pieces against Anish Giri. He came well prepared to the game and had a winning position for many moves. However, as has happened with Sethu on many occasions in the recent past, he was unable to convert his better position into a full point. Anish Giri who survived this brutal game heaved a sigh of relief. Vidit drew his second game with the black pieces against Ding Liren. Report with pictures and analysis from Tbilisi.

Let's first begin with the less interesting game of the day. Vidit had a winning position against Ding Liren in round one, which always makes the next game very interesting to observe. The main reason being, are you able to detach yourself from the previous game? Well, it seemed as if Vidit was able to do it. He came to the board, this time not in his favourite red sweatshirt. 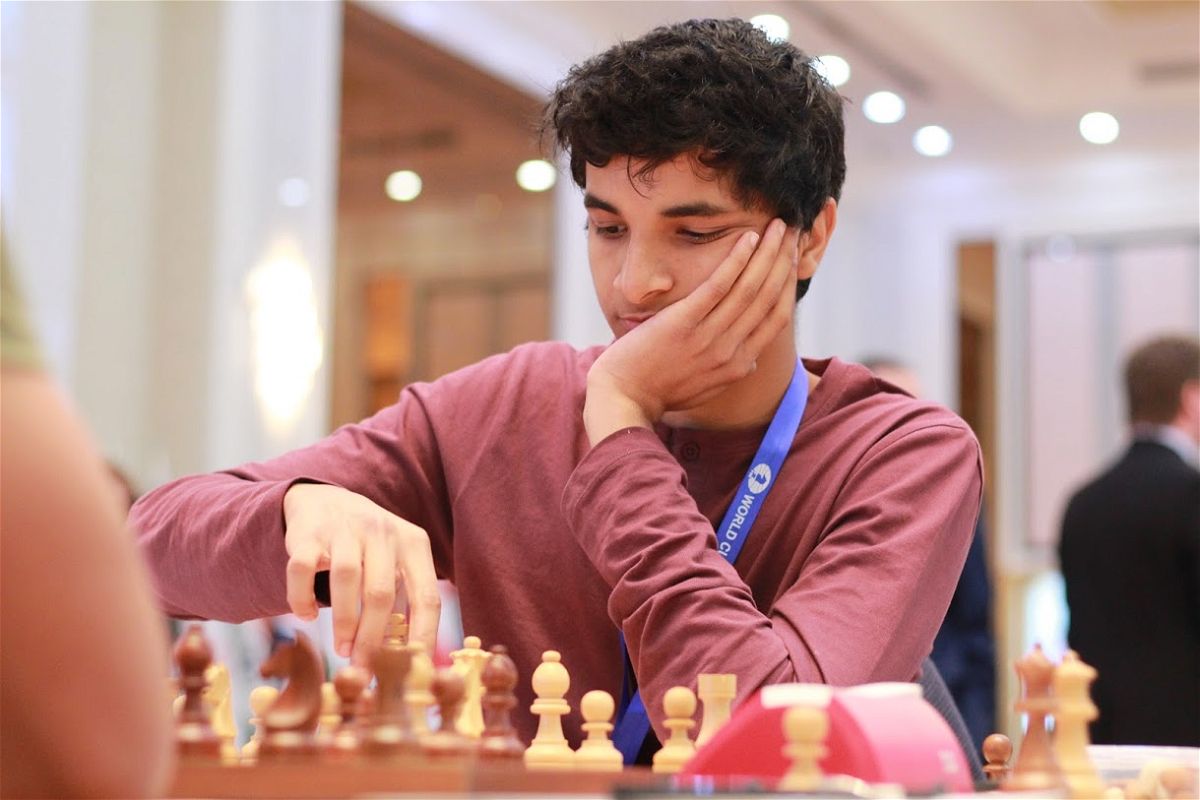 Vidit looked calm and cool as usual, as if nothing had happened in the previous round

Before the round began Vidit had a minute of silence to himself. He closed his eyes, turned his head down, and after a minute pushed his pawn to d4. What was he doing in that minute? This might be a good question for me to ask him today, but I think mainly it was getting himself ready for the struggle. Pumping up yourself before a football or Tennis match is easy. You jump around, or run a bit and you get your adrenaline flowing. In chess it is much different. You have to make a conscious effort to put your mind in the right place before the game. Vidit did that and was able to play a good game against the Chinese number one Ding Liren. The game ended in a draw after a few moves. 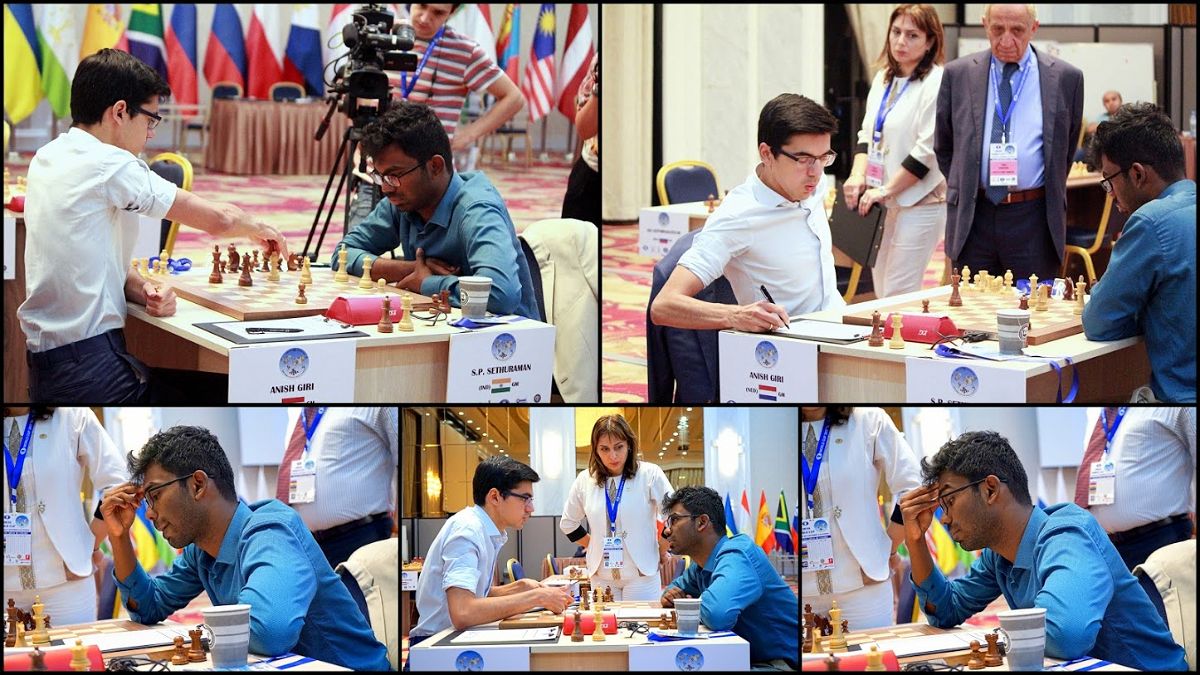 This picture accurately depicts what happened in the game between Anish and Sethu. Anish's relieved expression says it all and Sethu's dejected look tells us that he was not at all happy with the result.

Sethuraman opened the game with 1.e4 and Anish chose the Sicilian. This was very interesting to see because Anish usually likes to play it solid with the symmetrical king pawn lines. But today he was in an aggressive mood. However, Sethu had come better prepared and soon got a winning position. How did that happen? Let's have a look: 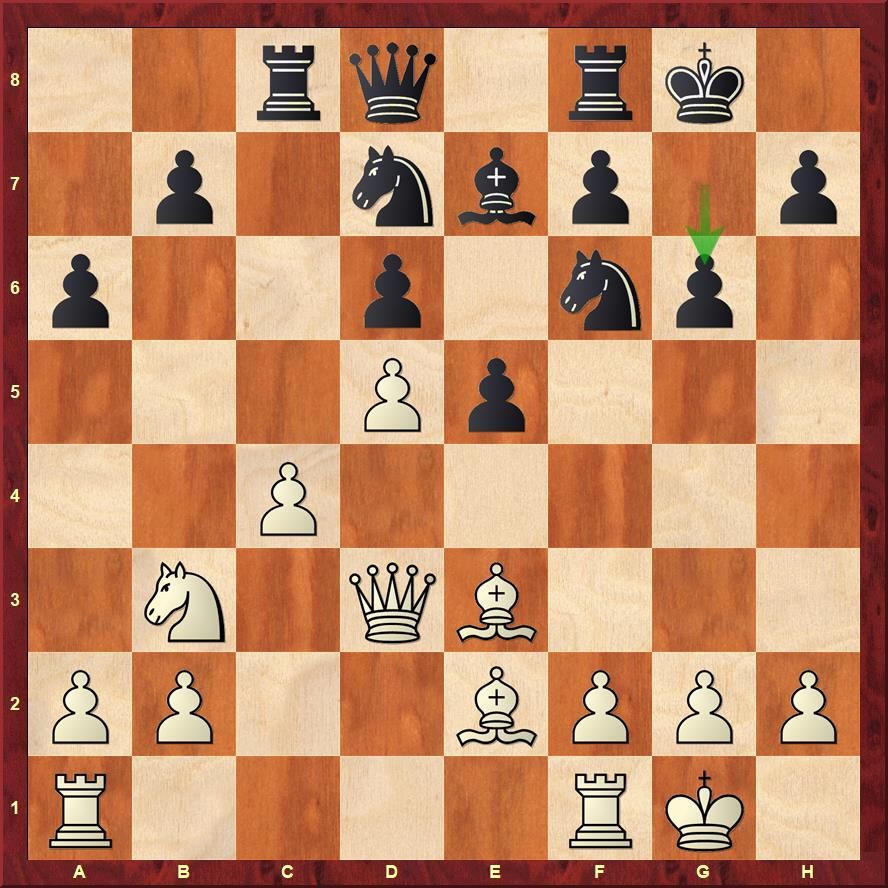 The move g6 by Anish was absoluely pointless. Usually Black plays Ne8 and then pushes his f-pawn down the board. 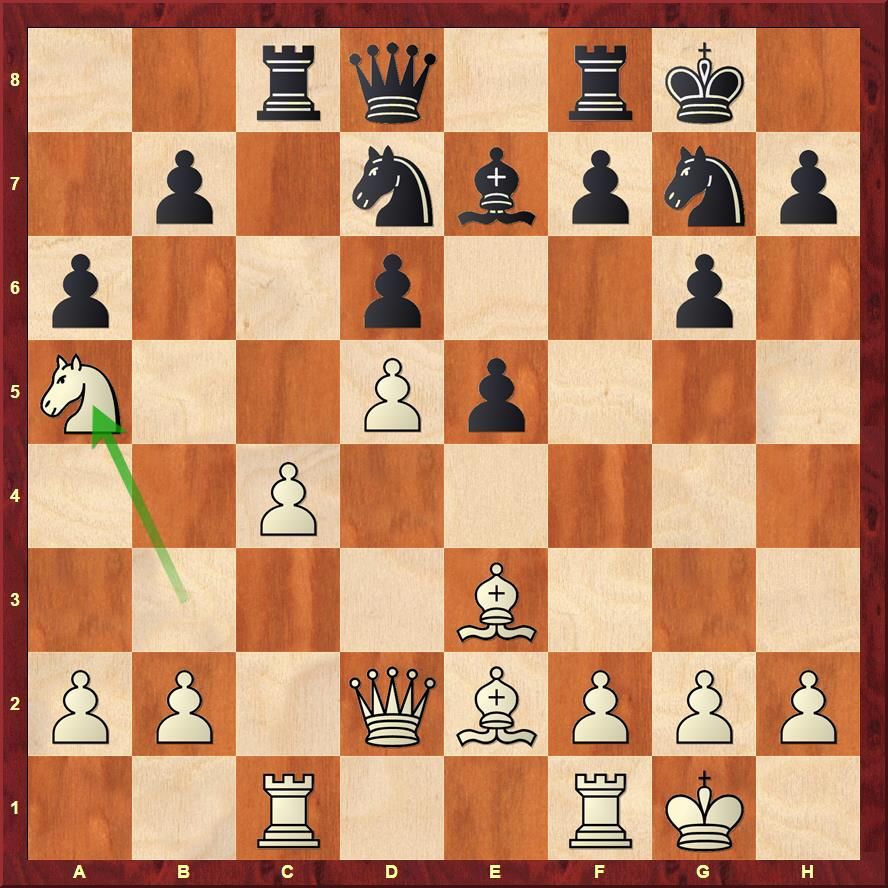 Sethu's knight jumped to a5 attacking the pawn on b7. Even if Black defended the pawn, b4 followed by c5 would be an excellent pawn storm on the queenside. 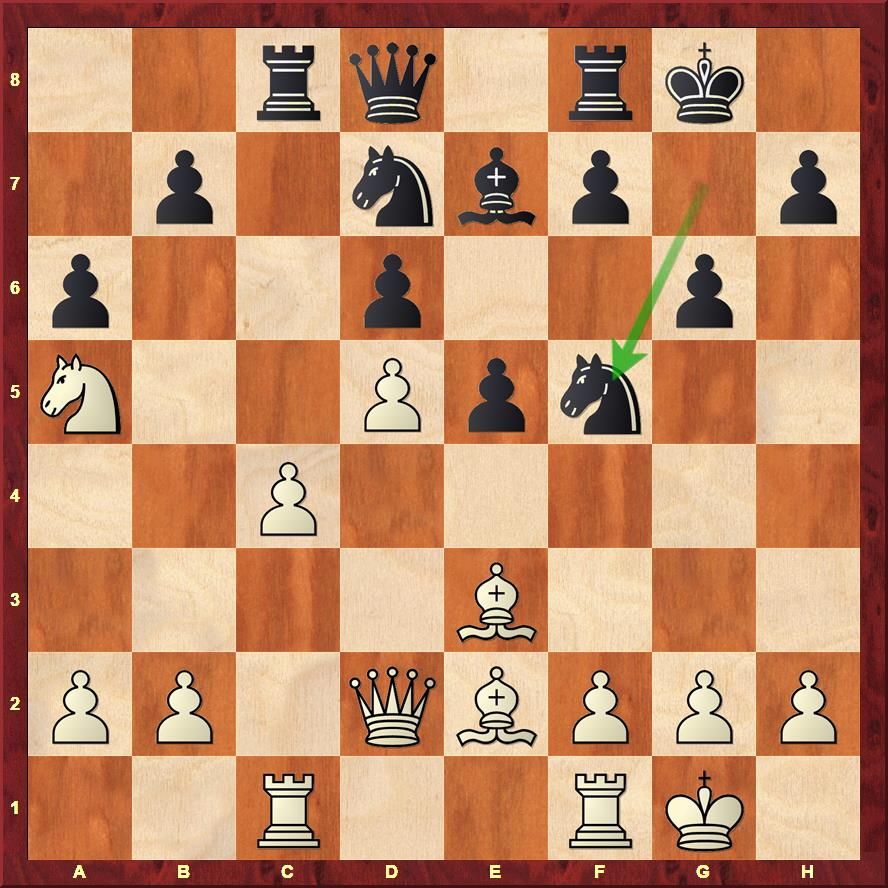 Anish decided to sac the pawn and just put his knight on f5. 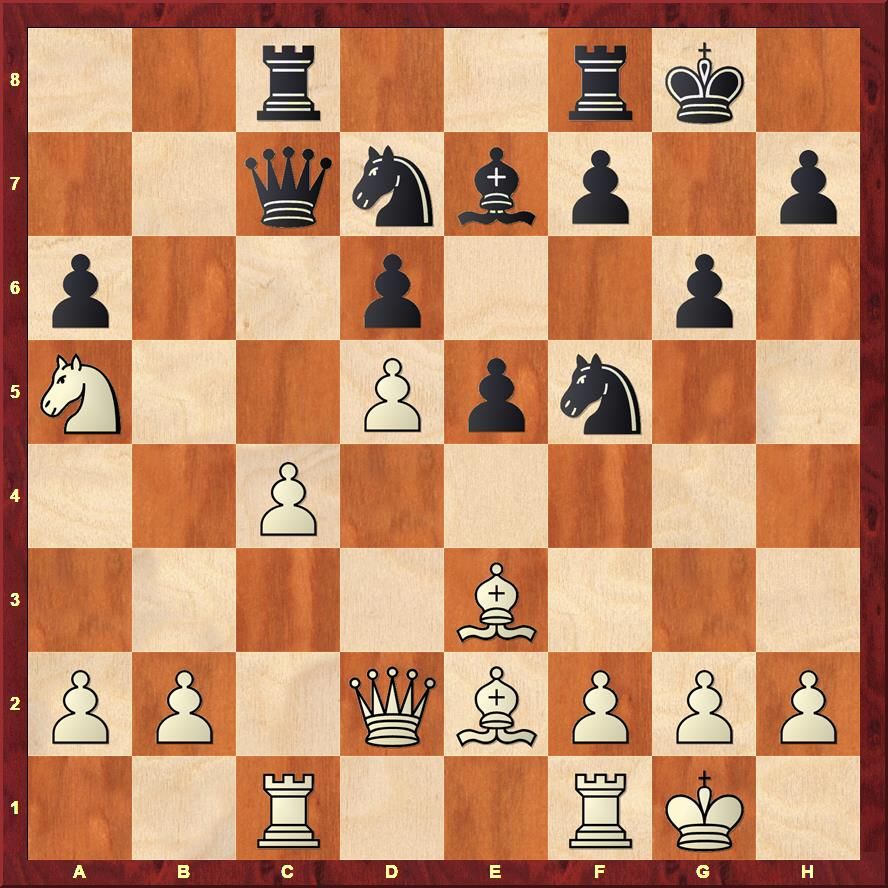 This advantage kept growing and came to a point where Sethu was winning in multiple ways. It was then that the Chennai GM faced his worst nightmare. He wasn't able to find a win and Anish was all the time trying to trick him with little moves. Sethu lost his patience and at one point gave up advantage. This was a complete heartbreak because Sethuraman had the advantage for a long period and he should have easily converted it. 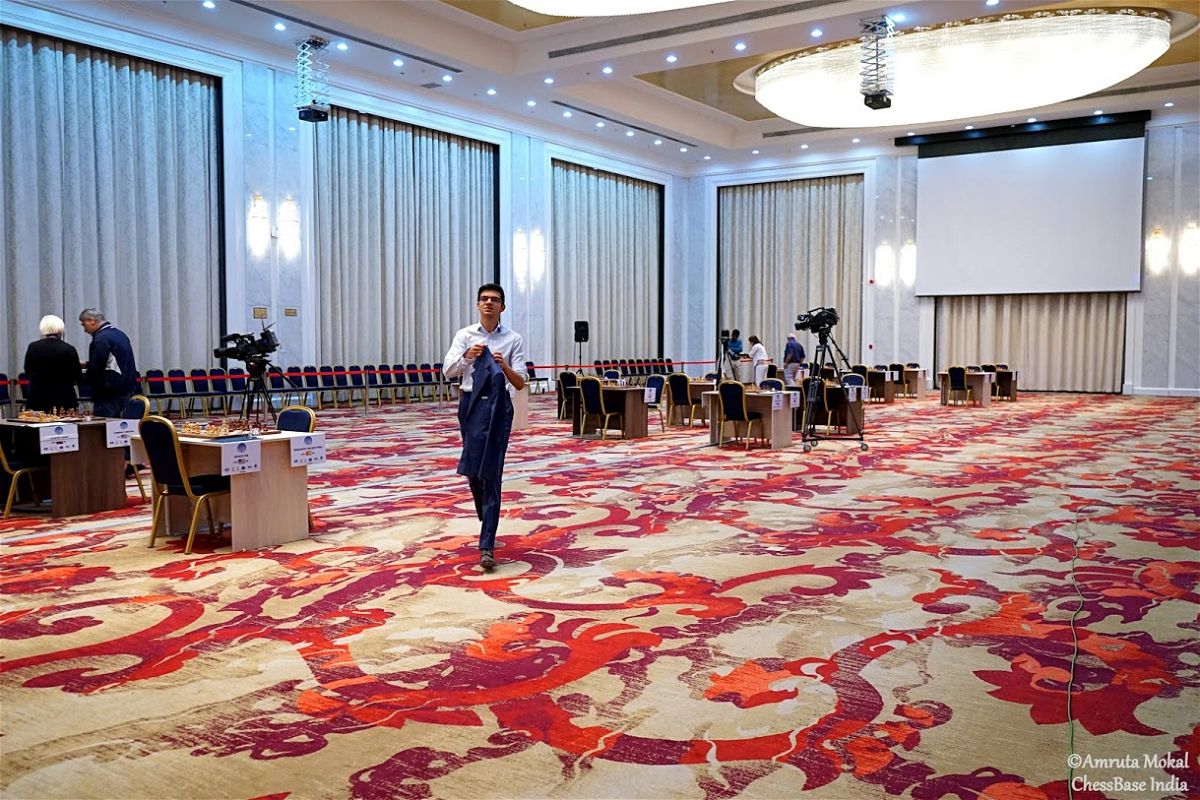 The man with a thousand lives, Anish Giri comes out of the playing hall unscathed 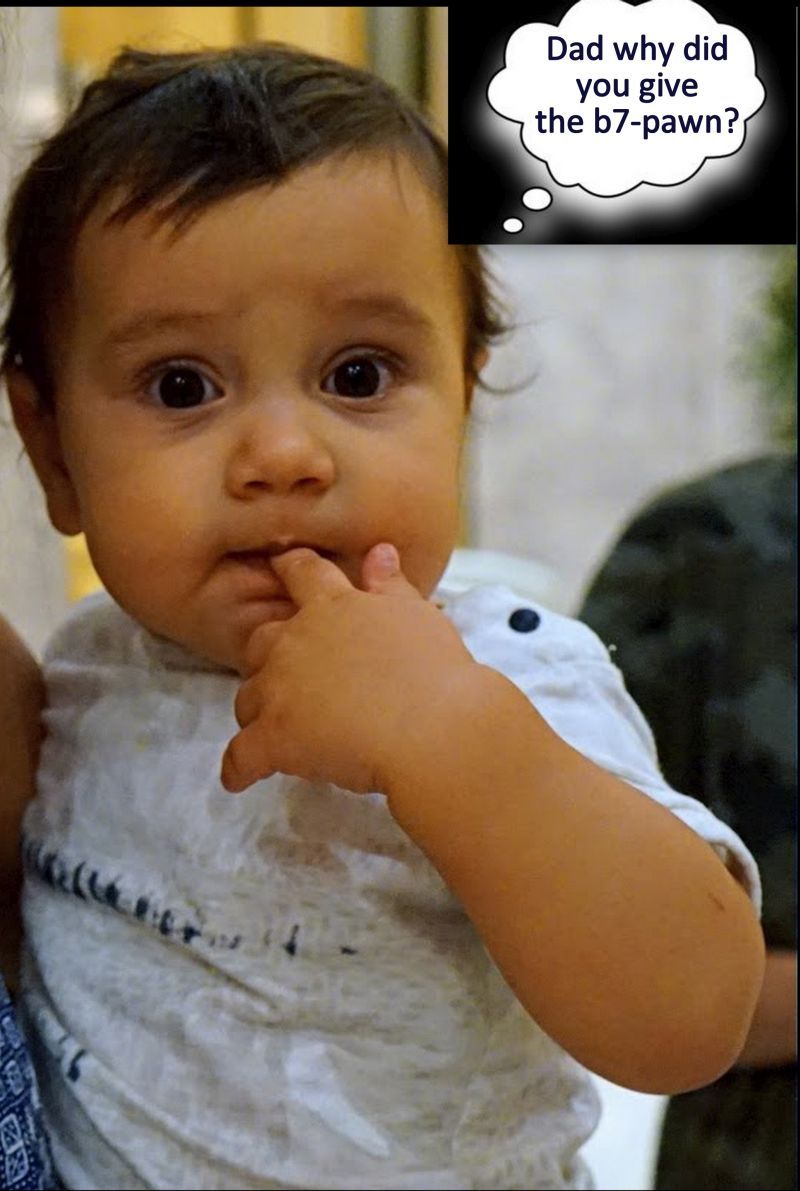 Anish's little boy had a question for him! 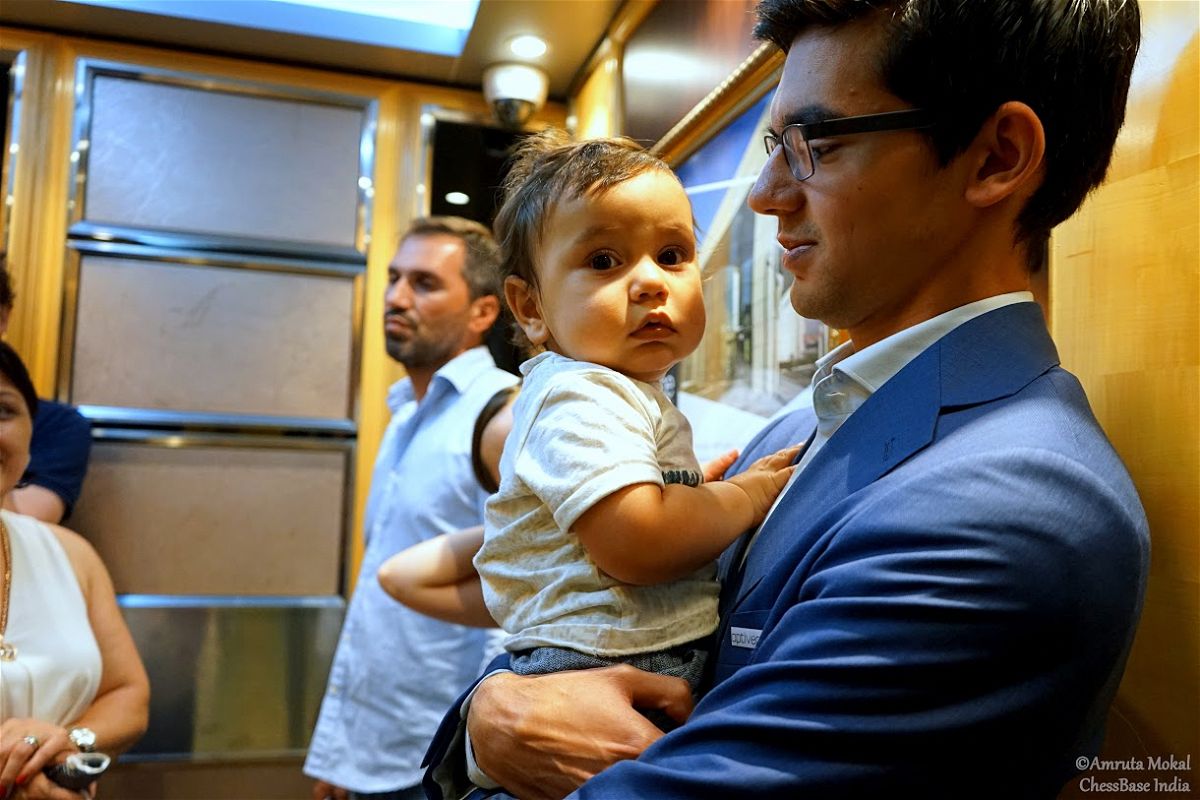 "There are some things that will take you some time to understand, Danny!"

Time to unleash the beast mode

1.1 Vishy Anand is the sole winner for India

1.2 Three Indians qualify to round two

1.3 Harikrishna and Adhiban weave their magic

3.1 Vidit misses his chance against Ding

2.1 Magnus Carlsen having fun in Tbilisi

2.2 Anand and Karjakin knocked out

3.1 Can Magnus Carlsen save himself

1.2 P Harikrishna bounces back in style to level score, Viswanathan Anand moves into Round 2

1.3 Pentala Harikrishna, B Adhiban ace the tie-breakers to ease into second round

3.1 Vidit Gujrathi settles for a draw after a tactical error, Sethu solid against Giri