Fide Arbiters' Seminar in Manali: Creating Arbiters in every part of the Nation

by Gopakumar Sudhakaran - 29/03/2018
Chess in India is growing at a great pace. We currently have over 50 grandmasters and 95+ International Masters. There are local tournaments organized regularly and the number is increasing day by day. We need quality arbiters in order to take care of the growing number of tournaments. For this reason The All India Chess Federation and FIDE Arbiters’ Commission with the support of Government of India's Ministry of Youth Affairs & Sports organized a FIDE Arbiter's Seminar which was held at Hotel Royal Park Resort, Manali, from 9th to 11th March 2018. Gopakumar Sudhakaran was the chief lecturer and he sends us this report with a very interesting case.

I start off this article with an interesting position. In a tournament with the time control of 90 minutes for 40 moves and 30 minutes for the end of the game, with 30 seconds increment per move starting from move 1, the following game was played:

After 18 moves we reached the below position: 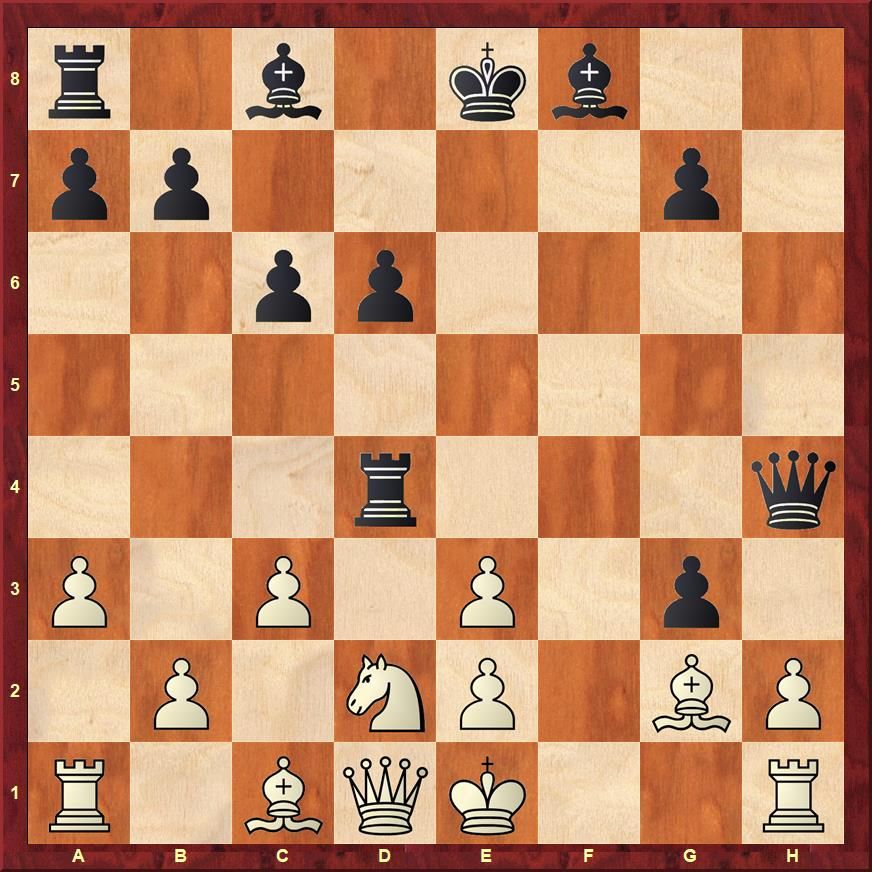 At that moment the player with the black pieces summoned the arbiter and claimed a draw by three-fold repetition, indicating that he had written the move on his score sheet and was intending to make Qh4+ as his 22nd move. What shall be the arbiter’s actions and his decision?

This one of those positions (or similar one) that lecturers discuss during the seminars to make the participants understand how castling right for the player affects the three fold repetition claims. If you take a photograph of the positions after the 18th black's move gxh2, 20th black's move Qh4 and the intended 22nd black's move Qh4 you will get the similar three positions with white having the move.  If any person goes with this understanding that the same position has happened thrice then he will declare the game as draw. But in reality it’s not a draw because on the 18th black move of gxh2, white did not lose his castling rights. He will lose his castling rights only after he makes his first king move of the game with 19 Kf1.

Normally, when we use this question in exam paper or discussion point we get different answers.  Some of them will tell correctly but most of them will answer it as draw. In some cases the answer will be ‘not a draw’ but the reason stated is that in the first instance there is a capture gxh2. But the capture doesn’t effect for draw claim because the draw claim series starts only after that move.

Altogether thirty-three participants from Jammu&Kashmir, Punjab, Himachal Pradesh, Haryana, Uttar Pradesh, Chandigarh and Rajasthan participated in this three-day event which was organized by the AICF and FIDE Arbiters’ Commission with the support of Government of India's Ministry of Youth Affairs & Sports. I (IA Gopakumar M.S) was the Chief Lecturer of the seminar and he was assisted by International Arbiter Swapnil Bansod. 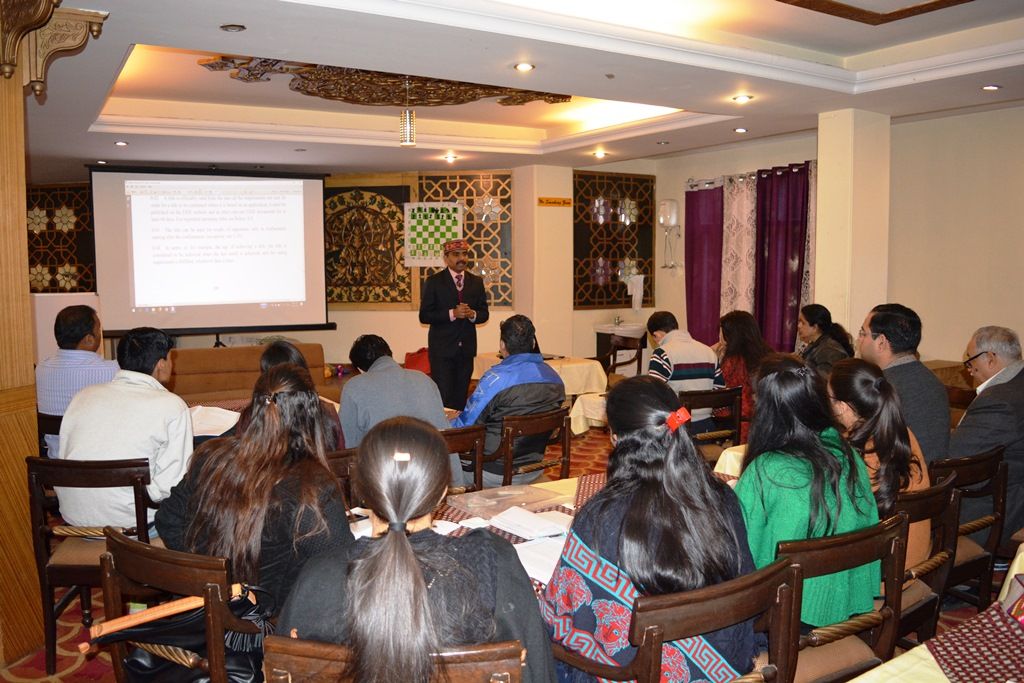 I must say that the participants were highly attentive and eager to learn| Photo: Gopakumar Sudhakaran 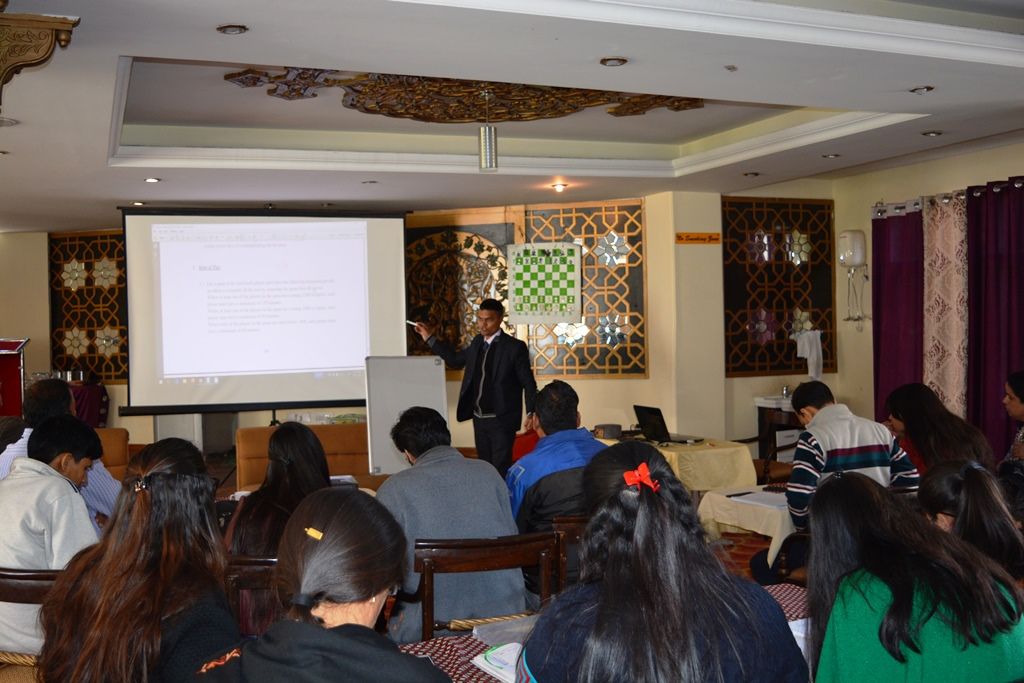 One might not think there would be many disputes in the game of chess but there are cases which require a thorough knowledge of the rules and the wisdom to implement the call correctly and that's where arbiters come to rescue. The topics which were covered in this three-day seminar were laws of chess, rating regulations, title regulations, arbiter regulations, competition rules, tiebreaks, pairing regulations, anti-cheating regulations and much more. The participants were very enthusiastic, inquisitive and I received a lot of inputs from them. Each one enjoyed very much being a part of this seminar. 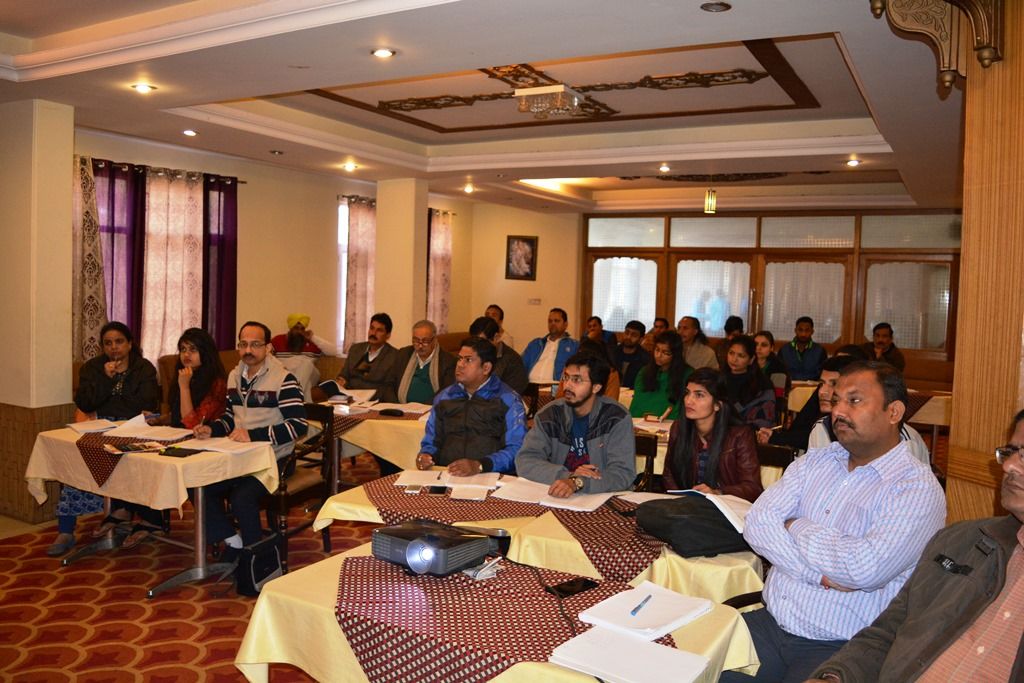 At this age, you are not used to taking examinations, but if you are a chess arbiter you have to! | Photo: Gopakumar Sudhakar

The participants also wrote an examination which was conducted on the final day of the seminar and the results will be published by FIDE Arbiter's Commission in two weeks' time. India will have fresh new arbiters within two weeks! 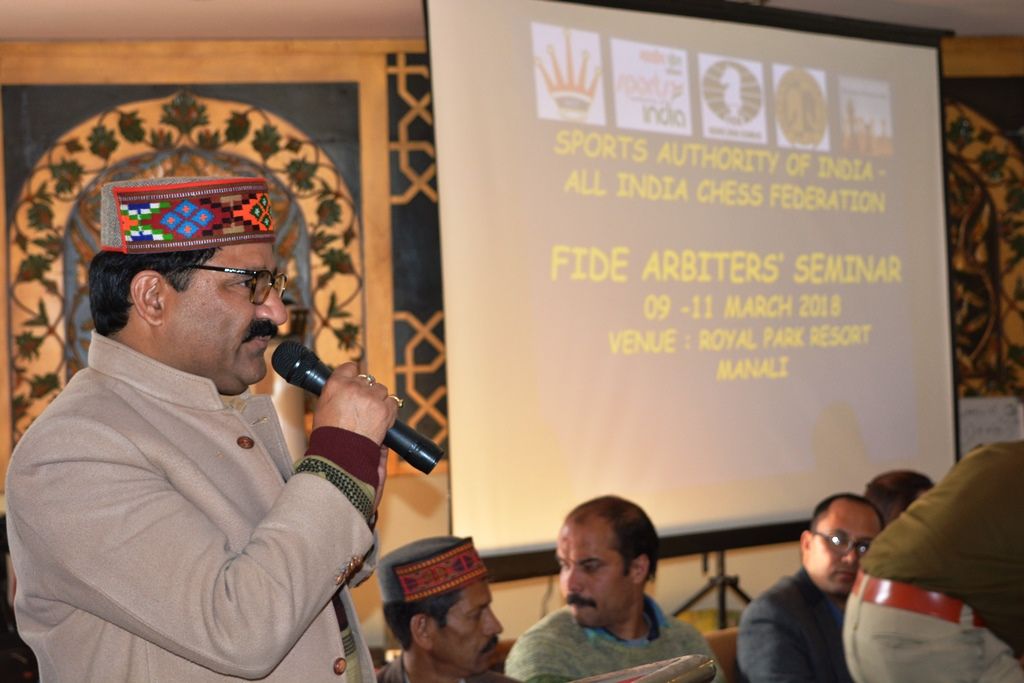 Hon’ble Minister for Sports Government of Himachal Pradesh Mr. Govind Singh was a part of the closing ceremony addressing all the participants. He also felicitated the lecturers and the participants with the famous traditional ‘Kullu Caps’. 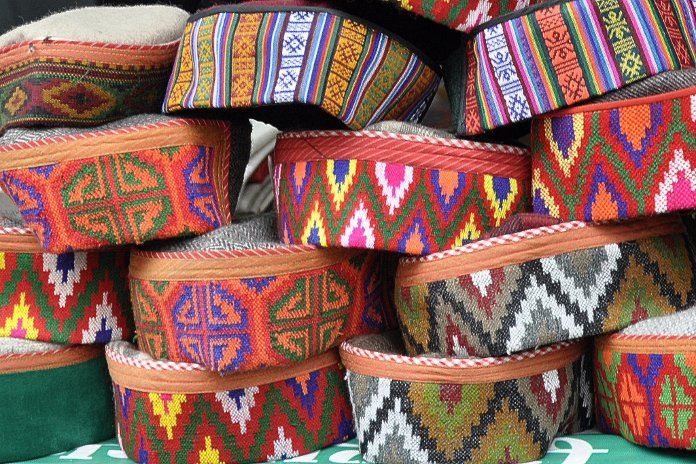 Made out of pure wool, the colorful Kullu caps are very useful to deal with the biting and severe cold of the Himalayan kingdom of Himachal Pradesh. One of the prominent products of Manali handlooms, Kullu caps are known for their beautiful blend of attractive colors and fine quality. | Source: Maps of India 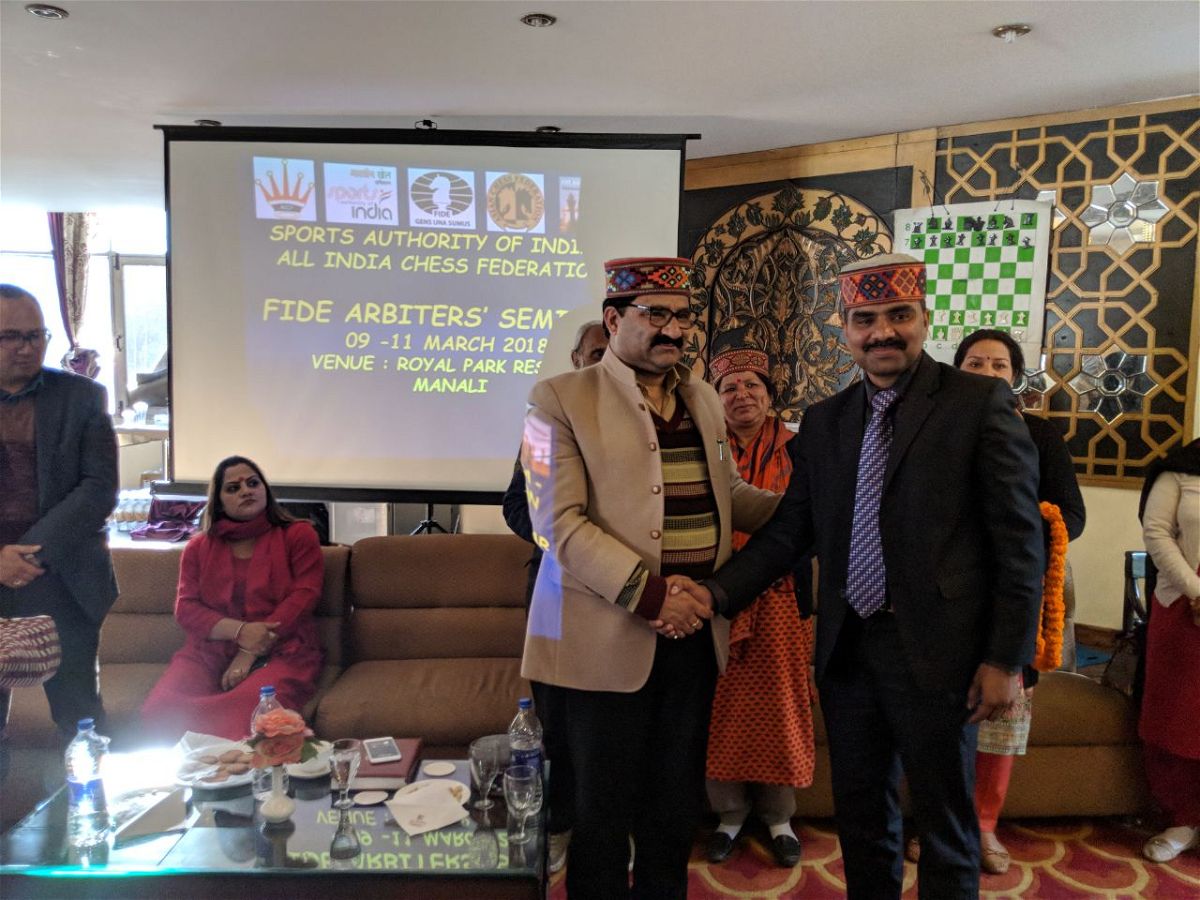 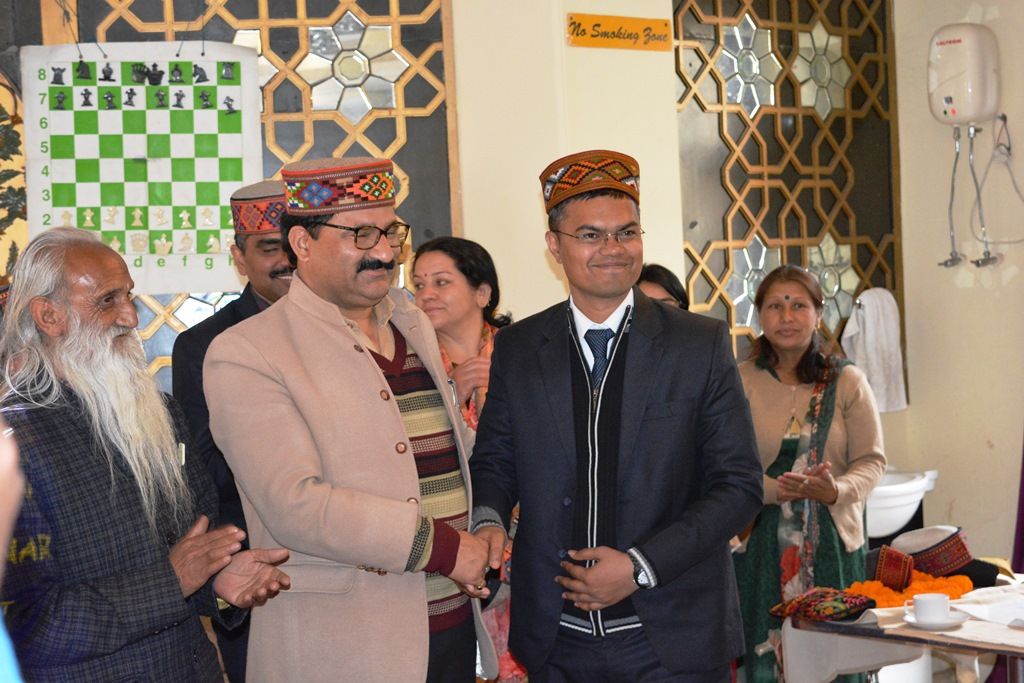 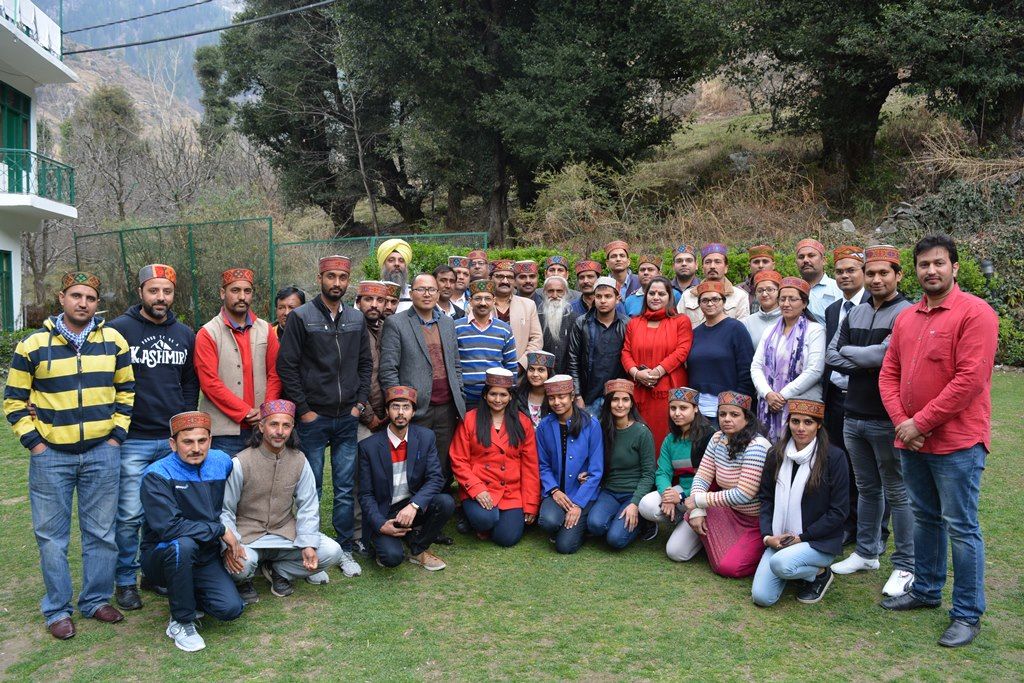 The Himachal Pradesh State Chess Association Secretary Shri. Sudarshan Kumar and his team put meticulous efforts for making the seminar a memorable one for the participants and the lecturers. AICF is leaving no stone unturned and we congratulate them for all their efforts and initiatives that they have been taking in the recent past. 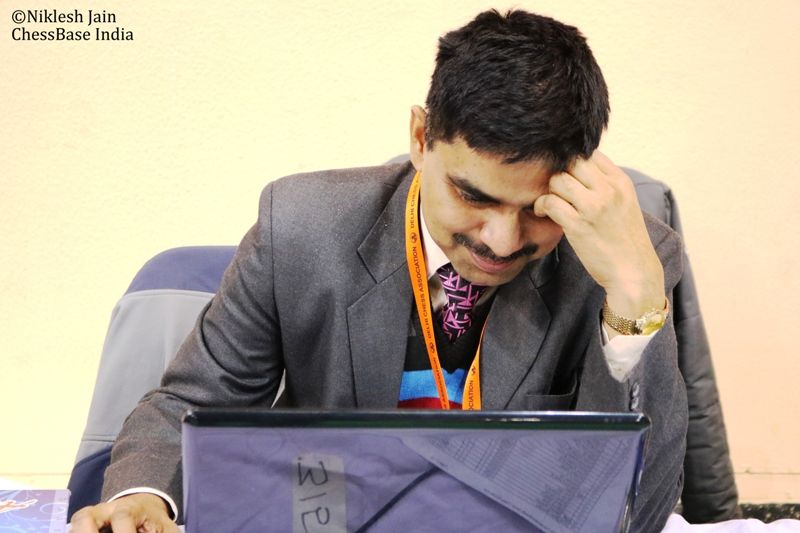