Does playing chess contribute to the society that we live in?

It's a philosophical question and one that every sports/chess player has to ask themselves at some point in their life - "Am I contributing positively to the society?" Chess looks like a lifeless sport where two people hunched over 64 squares, move wooden pieces. But there is much more to it than what meets the eye. Sagar Shah writes about how chess players and sports players are soul of the modern day society. And how the dedication of the athletes towards their art can boost the consciousness of an entire generation. Read on to know more.

Most of the chess players at some point in their career come face to face with an important question, "Is the time I am spending in my life studying and playing chess justified? Is moving pieces across the chess board helpful to the society in any way?" And I have discussed this with a lot of strong players over the years with overwhelming majority of them agreeing to the fact that professions like doctors, accountants, lawyers contribute more to the society than a chess player or a sports player would. While on the surface this does look true, I would beg to differ on this. And let me share an experience of my mine that happened today morning.

I woke up early in the morning and started reading the book "Open" by Andre Agassi. Andre Agassi is former World no.1 in Tennis, winner of several grand slams, Olympic Gold medalist and considered one of the greats to have played the sport. In the first chapter itself Agassi speaks about his marathon 2nd round win against Marcos Baghdatis from Cyprus at the US Open 2006. The score of the match was 6-4, 6-4, 3-6, 5-7, 7-5. It was Agassi's final career victory in Tennis. 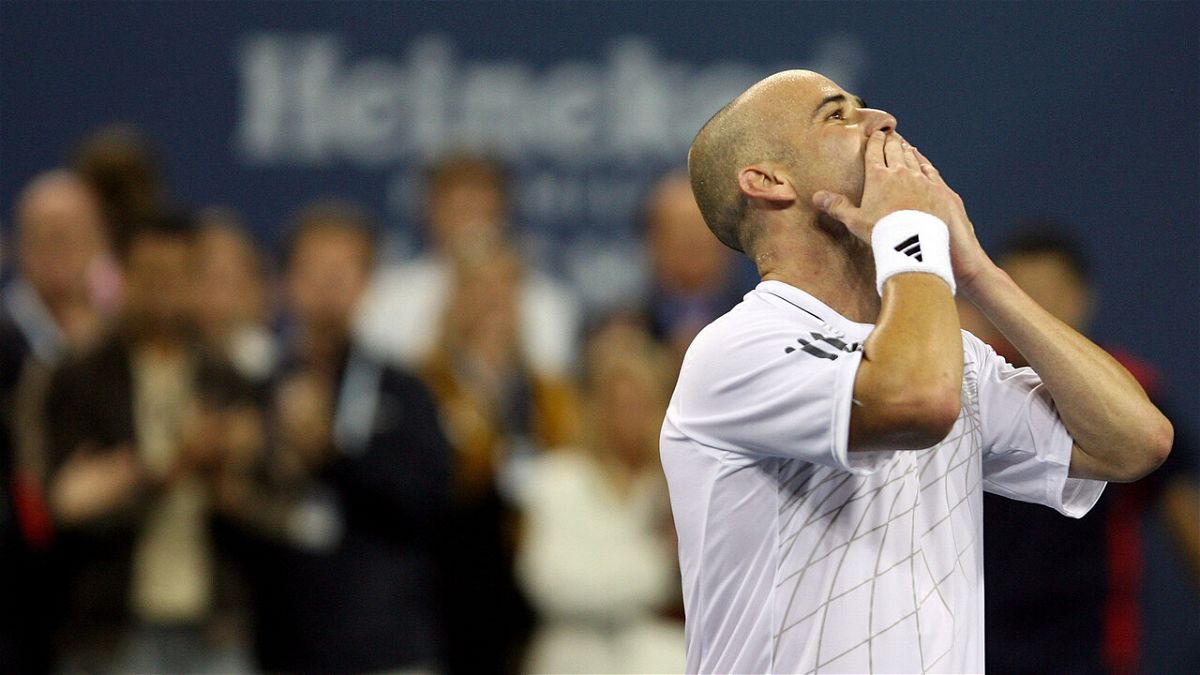 An elated Andre Agassi after his victory - Clive Brunskill/Getty Images

The book gives a vivid explanation of the feelings that Agassi went through as he played the final set. His back was paining, but he pushed himself on. He could have given up. At the age of 36 no one expected him to win that game. He was facing an upcoming star, the 21-year-old, world no.8. Agassi was not even seeded in that event. But having a champion's mentality means that you never give up. You stretch yourself because at the end of the day you don't want to go back into your dug out with the feeling that you could have done better. Agassi pushed and pushed and he managed to win the game.

I kept the book aside after reading the first chapter feeling energized. I got up, wore my running shoes, loosened up a bit and left my home for my daily run. I have a routine each day which is to run up to a huge playground. Sit there for a while, meditate, and run back to my home, climb the 12 floors and then spend some time on the terrace. In all of this which might be around 5 kms, I slow down my run or walk a bit whenever I feel out of breathe. But today when I was coming to the end of my run, and my body was asking me to slow down, I kept up the pace. I remembered Andre Agassi and his vivid explanations of how he kept going in spite of the pain. They say that when your body wants to give up, it's not actually the body, but your mind which is asking you to stop. But if you have the right mental approach towards things, you could achieve much more than what you would in general.

I climbed the stairs almost about to collapse. But I kept going and in the end reached my destination without slowing down. This is what I feel sports players can do. They can inspire you with their amazing fortitude, discipline, courage and dedication. This can motivate a doctor to treat his patients better, this can inspire an entrepreneur to focus on the tasks that are more important and this can help an accountant be extremely meticulous about his job.

Here are a few episodes when chess players have motivated me in the past:

1. It was the semi-finals of the World Cup 2017 and Levon Aronian was up against MVL. Their match went all the way up to Armageddon. At this point, I felt that MVL had the upper hand. That's because MVL was the younger of the two and would have more stamina. At the same time MVL is tactically very sharp. For Aronian this game meant a lot. This was the only way he would make it to the Candidates 2018. The future of his chess career hinged on those next 10 minutes. The game was an extremely complex one and in the end Aronian triumphed, reaching the finals, as well as booking his seat for the next Candidates. In the post-game interview, when I asked Aronian, "Would it be right to say that an entire chess career was at stake when you played this Armageddon?" He replied, "There are always games which define one's chess career and I am glad that I am in such a situation. Many would kill to be where I am!" What really impressed me was Aronian's approach towards the situation that he was in. Instead of feeling stressed, he rose up to the occasion. Isn't this the kind of attitude we all want to develop irrespective of the profession we are in?

Aronian's interview after he beat MVL at the World Cup 2017

2. When young Arjun Erigaisi had a not so great World Rapid and Blitz 2021 in Poland, he came back home and made a very important decision. He was in first year his course and he decided that he would not go to college anymore and focus 100% on chess. He took his decision, asked his family to support him, backed himself and the result is here for all of us to see! He won the Wijk Aan Zee Challengers and later in the year he went on to pump up his rating to 2730, becoming world no.18. Isn't such clarity of thought what we all want in our life?

Arjun on his education and chess

3. When young Praggnanandhaa beat Magnus Carlsen and came back to his room after the FTX Crypto Cup in Miami, the first question I asked him was is he more happy that he won against Magnus Carlsen or is he happier about winning US $37,000. To which Pragg replied, "I didn't even know that I have won US $37,000!" We all speak about how we should not think about the destination, but rather focus on the journey. How making good moves is all that matters be it in life or on the chess board! Once you do that the results would take care of itself. But how rarely are we able to follow this? Seeing real life inspirations like Praggnanandhaa makes you believe that having such an approach is possible. It's not an impossible, idealistic, bookish approach! You can work towards it.

4. Did you know that when Gukesh plays a tournament he doesn't go on social media, doesn't do interviews (unless they are a must as per tournament regulations) and doesn't get distracted in any possible way. At the Olympiad he had built up such a routine that I would call a "Monk's life!". Every night the pairings for the next round would come out. And chess players are generally inquisitive to know who is their prospective opponent. But Gukesh would resist the temptation and go to bed. He would wake up in the morning and with a fresh mind see who was he up against. Keeping the self-control helped him get a good night's sleep and kept him more energetic on the day of the game. If only all of us could have the level of self-control as Gukesh, wouldn't we be more successful at the things we did?

I had my share of time as a sports player. I played tournament chess from the age of 10 years, until I was 27. Since the last 5 years I have shifted my focus to building ChessBase India. I am a full-time entrepreneur now. I cannot tell you how inspired I am with chess players and sports players who dedicate their life to mastering the art. Yes, the chess players, might be moving wooden pieces on a 64-squared chess board. But at the end of the day they are inspiring humanity by pushing the boundaries of what is possible in their domain. The way they conduct themselves inspires people outside that sphere and makes the world a better place to live in.