GM Mitrabha Guha regained his sole lead by defeating GM Venkatesh M R in the sixth round of Commonwealth Chess Championships 2022. He moved to 5.5/6. Currently GM Aravindh Chithambaram and IM P Shyam Nikhil are the only two players trailing by a half point at 5/6 each. Both Shyam and Aravindh halted GM-elect IM Pranesh M and CM Gaurang Bagwe's phenomenal run by defeating them respectively. WGM-elect WIM Sakshi Chitlange lost to GM Visakh N R after scoring a win against GM Neelotpal Das in the fourth round. WIM Bhagyashree Thipsay and Sakshi are currently top female scorer at 4/6 each. Round 7 in the Open section starts today at 4 p.m. local time and IST. Photo: Chess Federation of Sri Lanka

Indian kids are doing fantastic in all age groups. Multiple Gold medals might get confirmed with a round to spare if the children can continue with their current form. 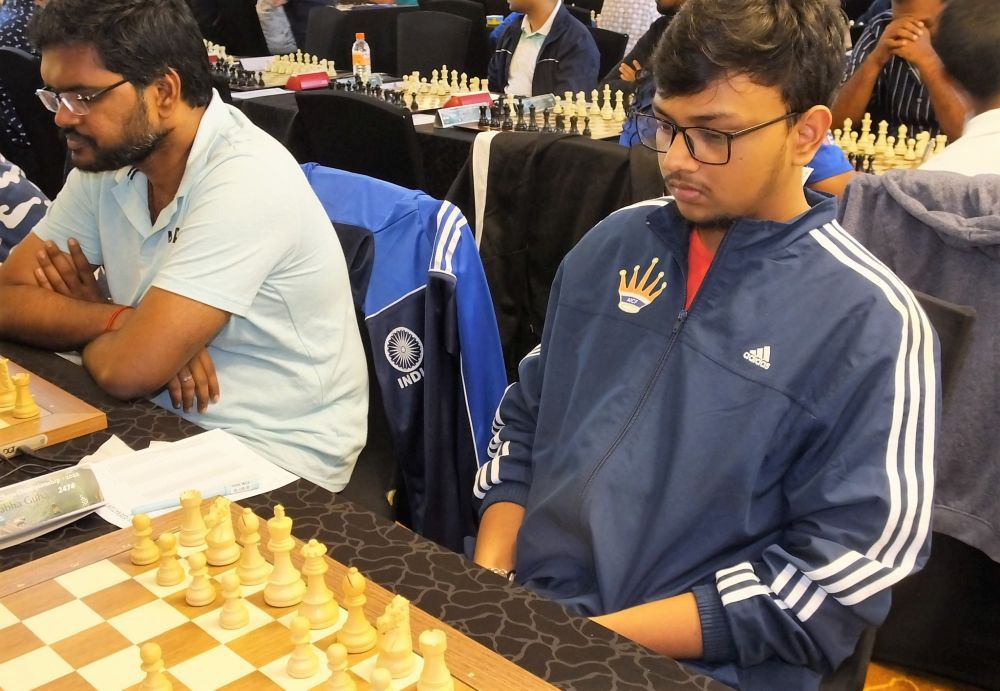 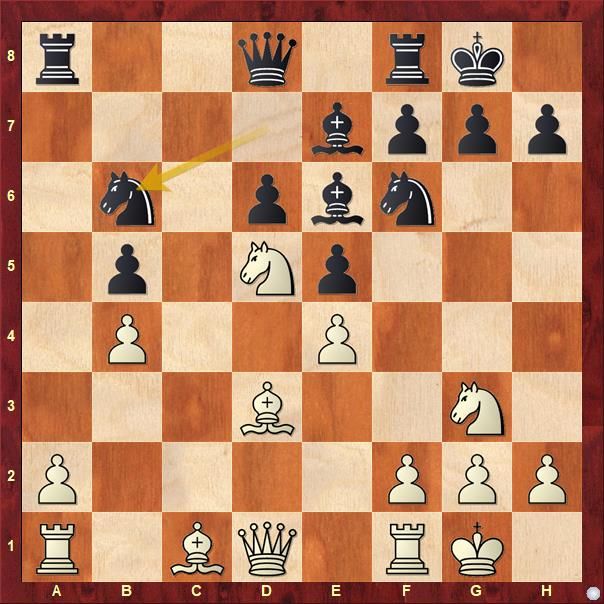 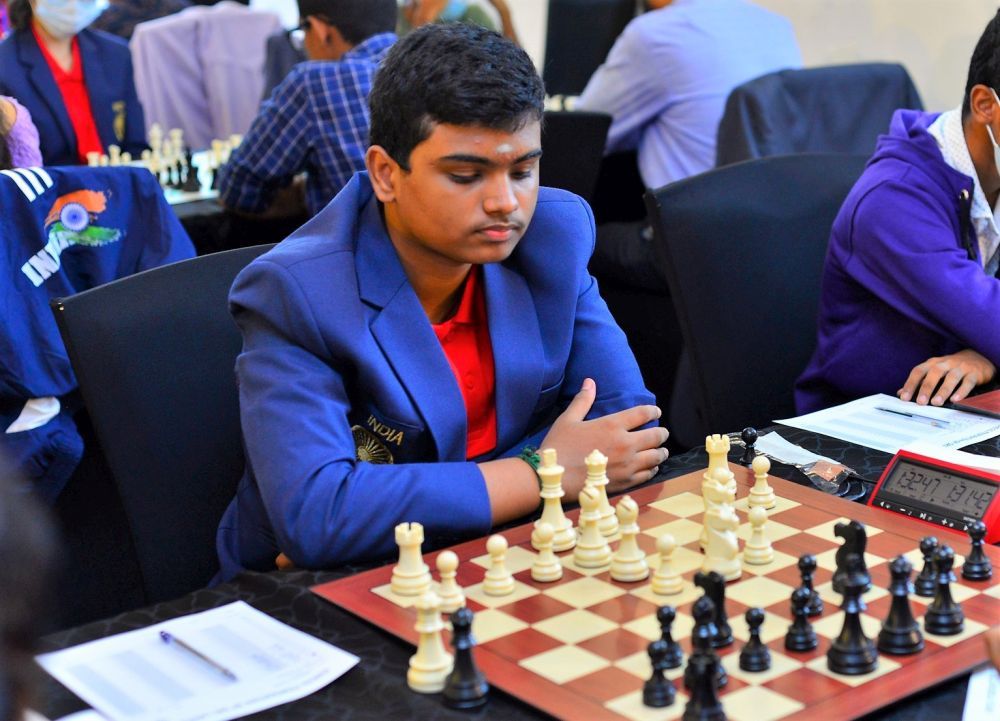 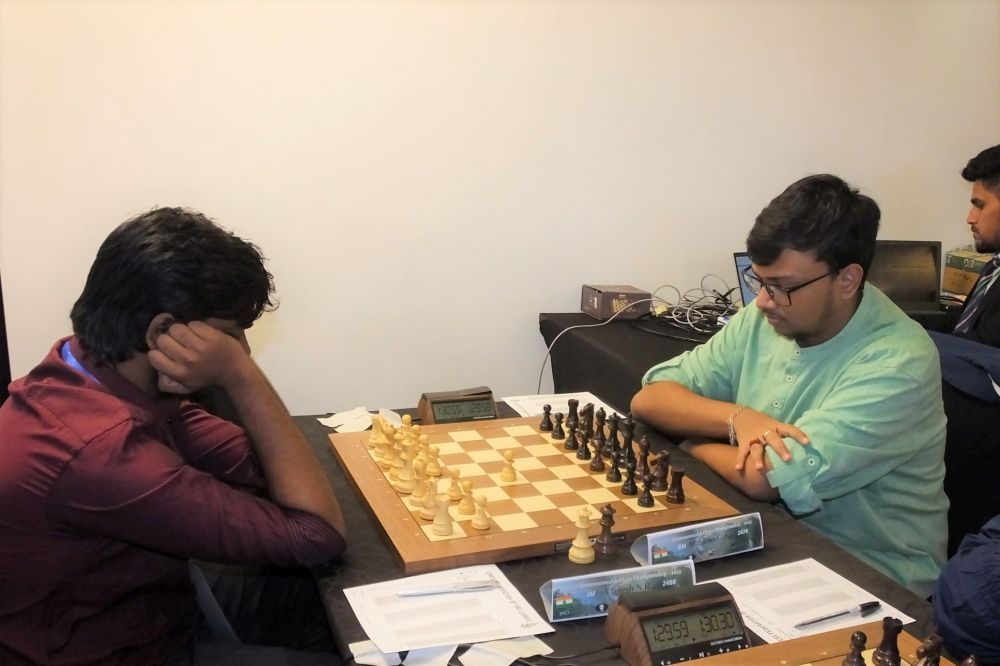 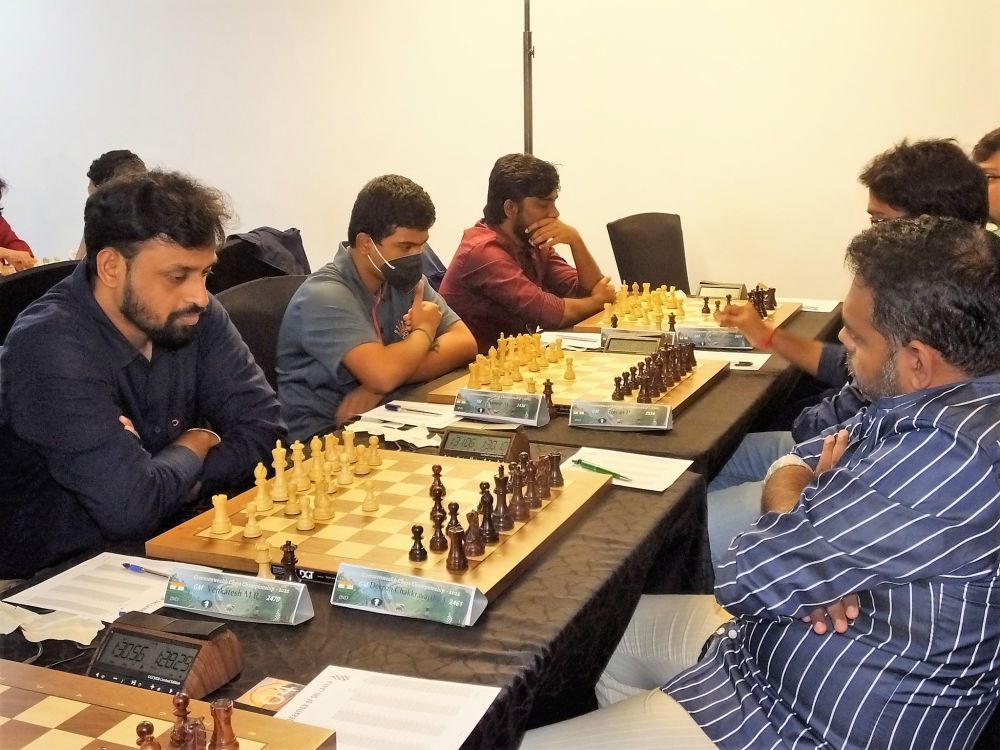 GM Venkatesh M R is someone not to be trifled with on the board | Photo: Chess Federation of Sri Lanka CM Gaurang Bagwe might end up winning two medals and score a norm too | Photo: Chess Federation of Sri Lanka 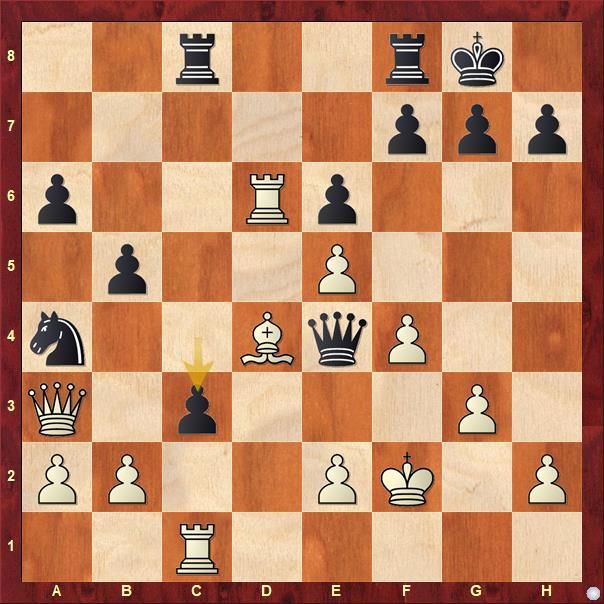 Try to find out why 23...c3 was a mistake. Sakshi correctly punished her opponent's mistake and won the game with precise play. 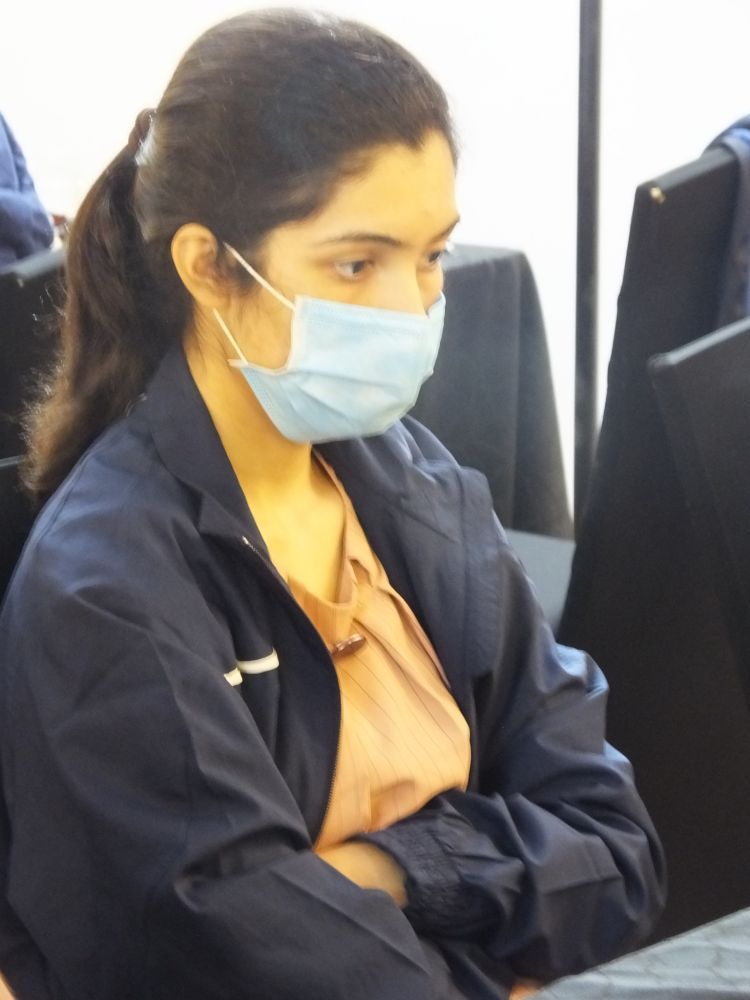 GM Mitrabha Guha (2474) got a substantial advantage when his opponent GM Venkatesh M R (2470) made an early positional mistake. 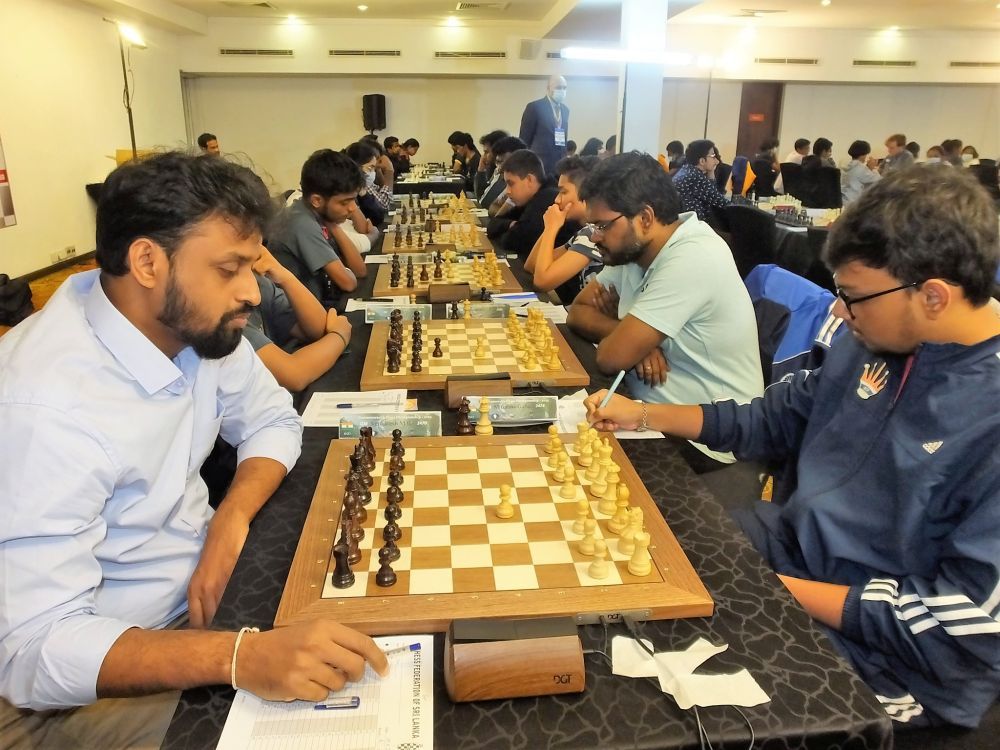 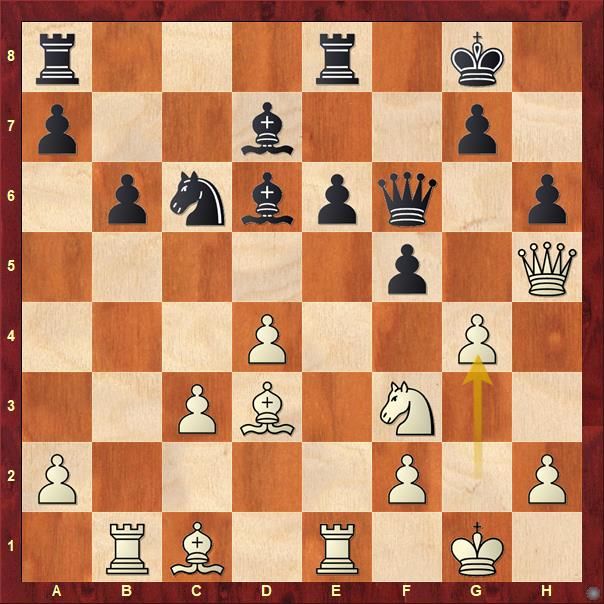 Sometimes the best thing to do is not react. Black did not require capturing on g4. 20...Qf7 would have held things together on the kingside. 20...fxg4 invited all trouble 21.Ne5 Bxe5 22.dxe5 Qf8 23.Qg6 and Black's position is falling apart like a house of cards.

A total of 94 players including 12 GMs, 7 IMs, a WGM and 3 WIMs are taking part from Bangladesh, England, India, Maldives, Pakistan, South Africa and Sri Lanka in the Open category. The nine-round Swiss League tournament is organized by Chess Federation of Sri Lanka from 14th to 22nd November 2022 at Citrus Hotel in Waskaduwa, Sri Lanka. The time control of the tournament is 90 Minutes + 30 seconds increment from move no.1.

Round 6 results in Open

Round 7 pairings in Open