China vs The World: The Dragon Dominates

From April 7th to 9th, China's National team is taking on five representatives of the 'Rest of the World' in a ten round match with a rapid time control of 10 mins + 10 seconds. At the conclusion of Day 1, Team China finished with a two-point lead over the World scoring three wins, a draw and two losses. There were plenty of interesting games and we bring you a report on all the action from Liaocheng, China.

The Arcadia hotel in the Chinese city of Liaocheng is playing host to a match between the Chinese National team and five representatives from the rest of the world from the 7th to the 9th of April 7, 2018. Of the ten rounds of the match, the first six were played on the 7th of April while the remaining four will be played on April 9. April 8 is reserved for a chess seminar. The match uses the Scheveningen system wherein each player plays all of the players of the opposing team twice. The time control for the games is 10 minutes plus 10 seconds per move from move one.

In comparison to the 'Rest of the World' team, the Chinese National Team is, on paper, much stronger, with higher ratings on all boards. The Chinese Chess Association has sent its best team to the event, and they have dominated.

Despite their rating deficit though, the World team has an interesting blend of players: there is Etienne Bacrot who brings in experience; Daniil Dubov, who is an expert in faster time controls; the always well prepared, Vidit Gujrathi; and the Olympic gold medalist, Sam Shankland.

In the inaugural round, both teams turned out to be well matched against one another. The ‘rest of the world’ had the white pieces and ended up scoring 2.5 points out of their five games. While Dubov scored the win for the rest of the world side, it was Li Chao who defeated Vidit Gujrathi from an equal middle game that arose out of a Sicilian Rossolimo. 25 moves into the game, Vidit was enjoying complete equality when a careless queen exchange ruined his position. 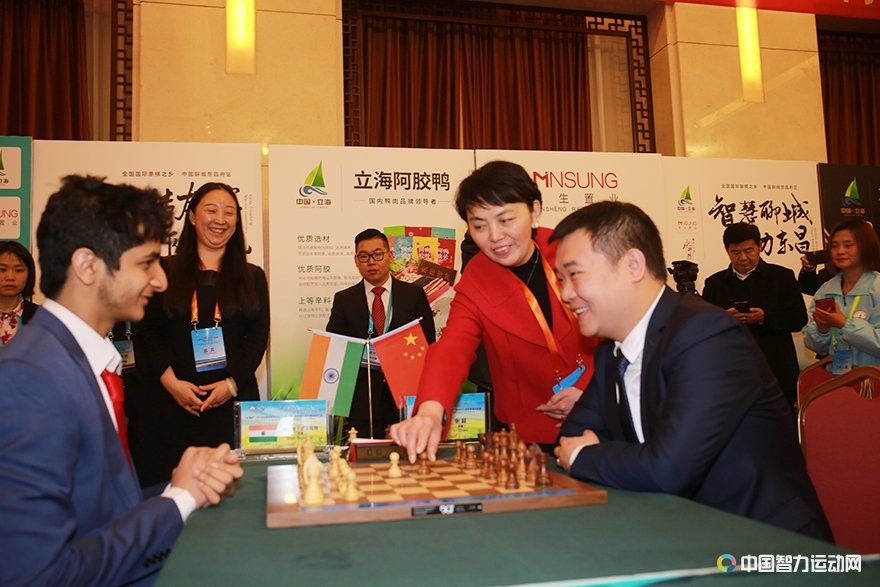 While Vidit lost a crucial point, another youngster in the team, Daniil Dubov, stepped up to mend the damage. His game, too, looked fairly equal well into the endgame when Wei cracked and failed to find the best continuation and gave his opponent the advantage. 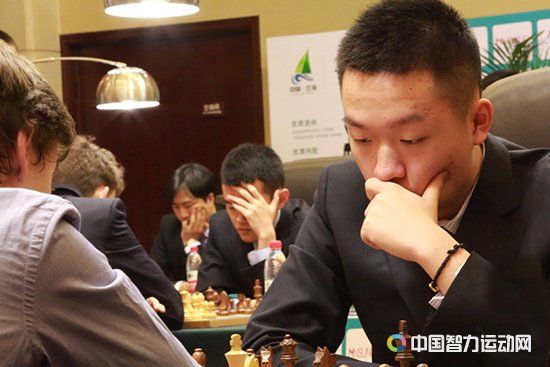 Wei Yi had a tough start in the match | Photo: Official Website

Almost instantly, black’s queen and rook were dominated by their white counterparts. Having netted a pawn, Dubov traded queens to go into a won rook endgame and made no mistake converting the game.

In round two, disaster struck for the rest of the world team as they were annihilated with a 4:1 margin. Vidit and Dubov drew their games against Bu Xiangzhi and Li Chao. Meanwhile, all of the remaining three boards had to suffer bitter defeats.

After a few tactical skirmishes in the opening, We Yi got the chance to exchange two of his flank pawns for black’s central pawns and roll his passers down the middle of the board. Bacrot seemed to have lost the thread quite early in the game. Playing some sub-standard moves, he allowed Wei an overwhelming position and ended up resigning in only 34 moves.

Ding Liren’s game against Sam Shankland also did not last more than 34 moves. Liren seized the initiative exploiting black’s weakened king position somewhere around the 25th move. In the next three moves, he won himself an exchange and a few more moves later Shankland’s king was caught in a mating net. 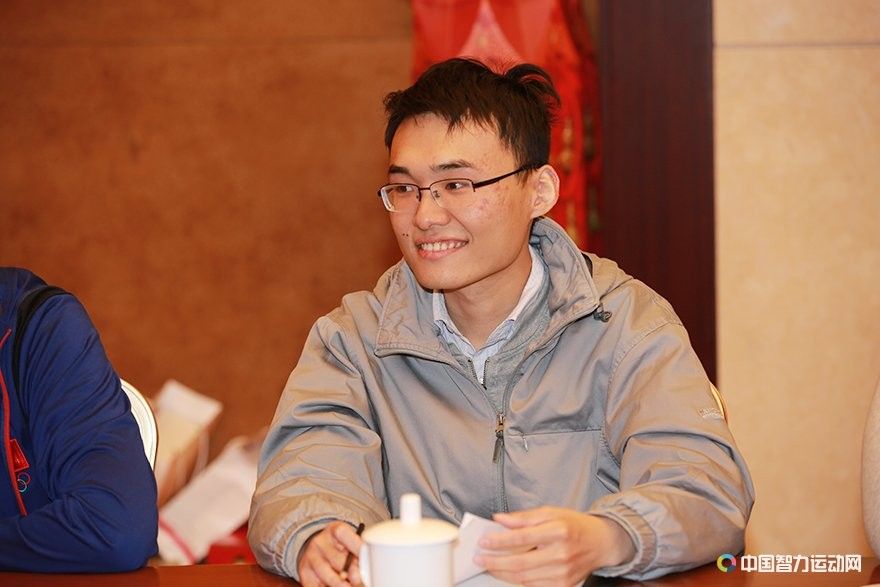 Yu Yangyi against Jan-Krzysztof Duda was a theoretical battle in the Sicilian Najdorf. | Photo: Official Website

In the middle game, Yu Yangyi gave up his queen for his opponent’s rook and bishop and a pawn and sought counter play in his queenside passed pawns. As it turned out, this was more than enough to win for the Chinese top seed who made the win look almost effortless.

Despite the crushing loss of round two, the rest of the world team came back strongly in the third round beating China with a score of 3:2. Yet again, Dubov was one of the scorers for the team along with Bacrot who beat Li Chao. For the Chinese team, Yu Yangyi was the player to score a win. 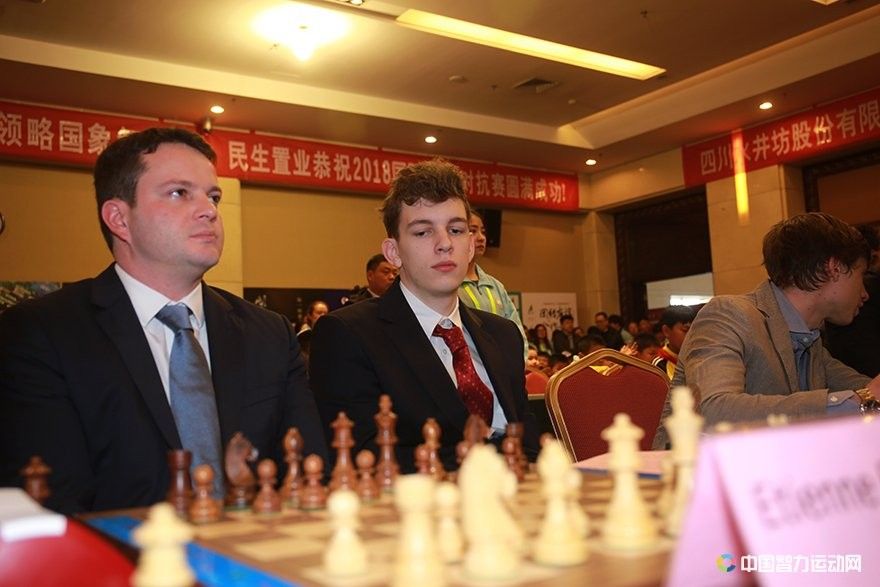 Of all the victories of the round, Bacrot’s win against Li Chao was the shortest and, perhaps, the most entertaining. | Photo: Official Website

Bacrot managed to pull out an advantage out of the innocuous Petroff and never really gave Li Chao any chance to come back in the game. In sheer desperation, Li Chao gave up a full rook to create attacking chances. But all it earned was a few checks after which the black king was caught in a mating net.

The exchange of blows continued going into round four. After the World won round three, China came back with an even stronger punch, winning the round by a 4½:½ margin. The only player to avoid losing was Vidit Gujrathi who held Yu Yangyi to a draw. 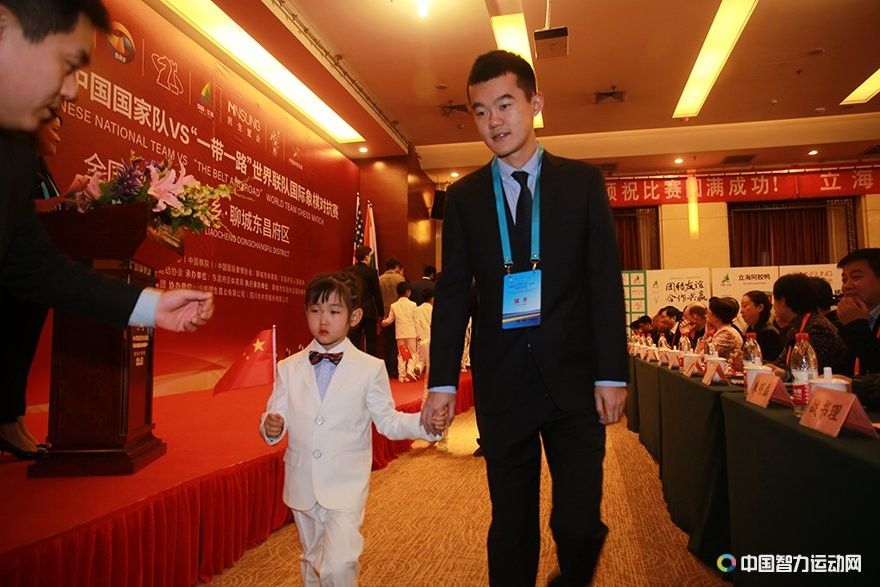 "Mr Ding" at the opening ceremony of the event | Photo: Official Website

Dubov, who had displayed good form thus far, lost his first game of the match to GM Ding Liren. In the Four Knights Variation of the English Opening, Dubov had managed to equalize comfortably but then missed a tactical shot that cost him a pawn. Over the next few moves, 'Mr Ding' (as Alexander Grischuk likes to call him) netted another pawn and began posing deadly threats to the black king. Dubov tried to find perpetual checks towards the end but Ding made no mistake bagging the full point.

The Chinese team proved its dominance yet again in the fifth round beating the rest of the world with a convincing 4-1 score. Just like in round 2, Dubov and Gujrathi drew their games while the rest of the team suffered losses.

Etienne Bacrot attempted to rip open Ding Liren’s king with a bishop sac on h6. But the boot was soon on the wrong foot when the Frenchman hastily tried to regain his piece and found his own king in a mating net.

In the sixth and the final round of the day, the ‘rest of the world’ finally made a comeback beating China with a 3:2 score. Vidit Gujrathi, who had lost to Li Chao in the first round, settled scores beating the Chinese number four in just 26 moves. Li had clearly missed something in his calculations and ended up in a lost position just 14 moves into the game. 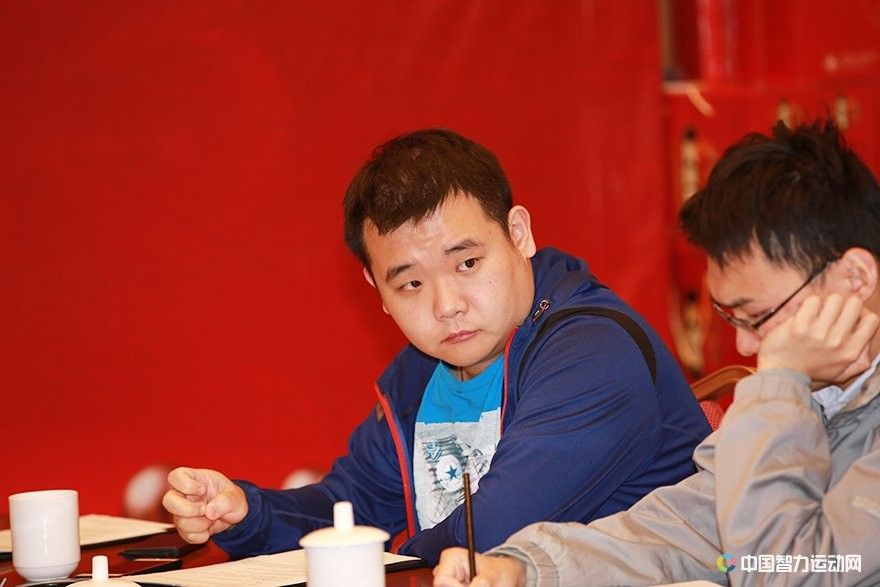 Li Chao during the technical meet of the event | Photo: Official Website

Another important win was scored by Daniil Dubov against Wei Yi. Wei had the white pieces in the game and got a nice space advantage out of the opening. Planting a knight c6, he gave up two pieces for a rook and two pawns. But in the next phase of the game, he began losing his grip on the position. On his 39th turn, Wei self-trapped his queen and was forced to resign after Dubov responded with the refutation. 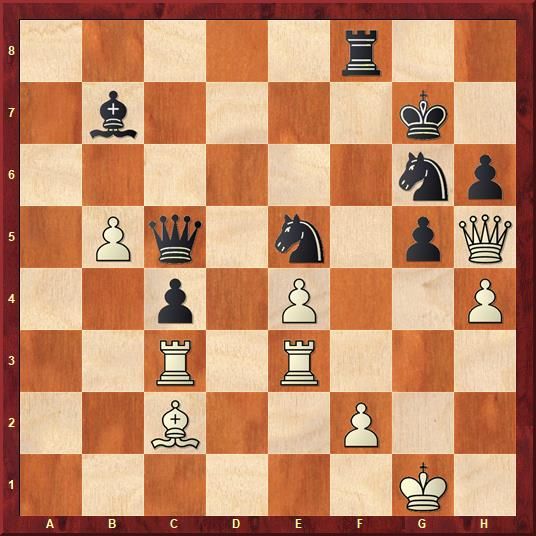 White has just moved his pawn to h4. Can you spot how Dubov forced immediate resignation?

The only win for China was scored by Yu Yangyi whose queenside attack earned him a decisive material advantage against Etienne Bacrot.