The Indian team has its work cut out at the Asian Nations Cup in both Open and Women's section. After a draw in the first round against Uzbekistan by both the Indian teams, the men's team has been working well in tandem to dispatch Iran Red and Kazakhstan. While Sethu and Sasi provided the wins against Iran Red, it was Adhiban and Ganguly who got the full points against Kazakhstan. Round four is the big challenge and India will face the in form young Iran Green Team. In the women's section, India lost in round two against China 3-1. They came back with 4-0 win against Iran Red and are currently in the fourth position. A special thanks to the coach of the Indian women's team Swapnil Dhopade for sending us pictures from the venue in Iran.

After a draw in round one of the event, the Indian team is back with two wins in rounds two and three. In the second round India took on Iran Red and won a fine match with a score of 3-1. Iran Red is the second strongest team of Iran. The first one is Iran Green: 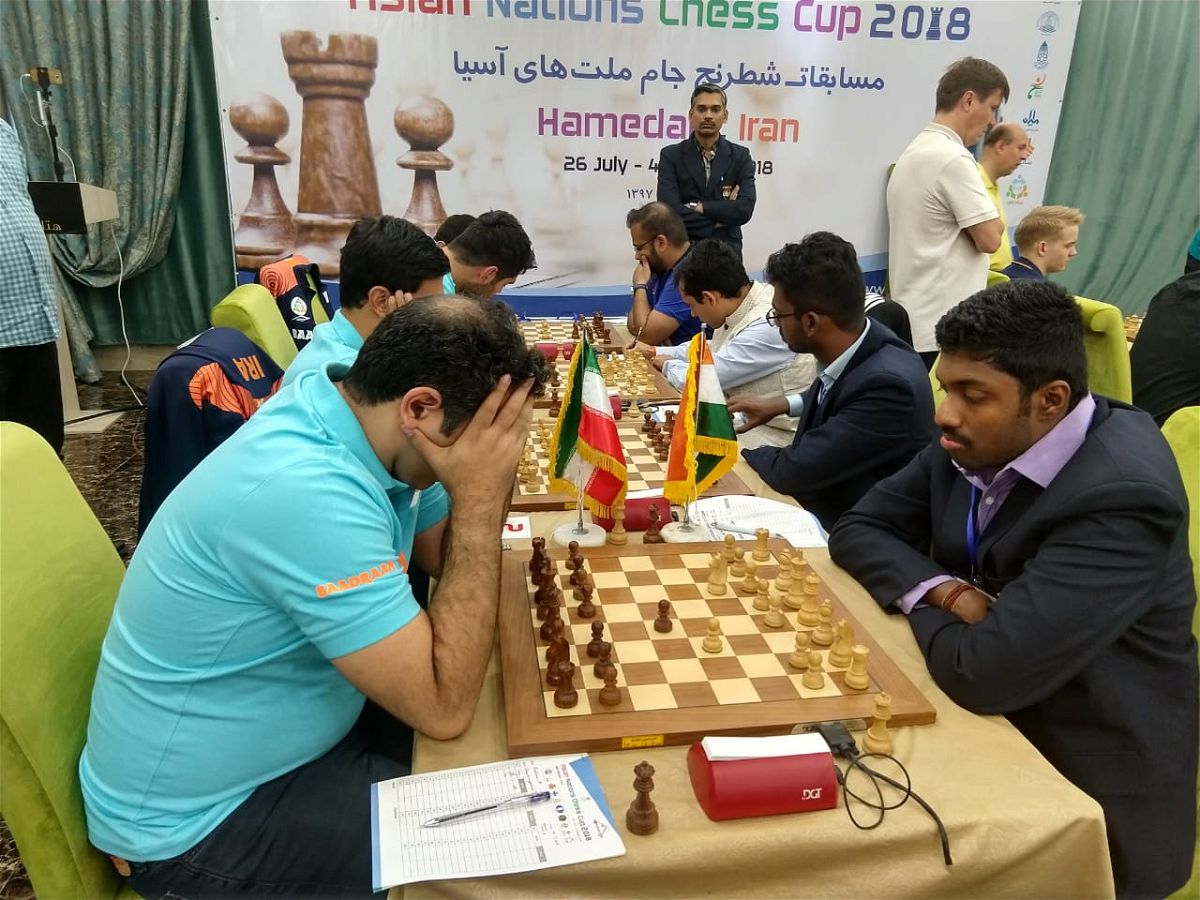 Indian team of Adhiban on board one, Sethu on two, Sasi on board three and Abhijeet Gupta on board four with coach GM R.B. Ramesh in the background | Photo: Swapnil Dhopade

The two wins were provided in the middle by Sethuraman and Sasikiran. Sethu's opponent played the opening in quite unambitious style. The Indian player made logical moves and got a big advantage:

Sasikiran's win was delightful as the Indian pressed hard in a slightly better position and made his opponent go wrong.

If you wanna see how #Chess moves simply flow in beautiful technical flow, watch this game by @GMSasikiran at the #AsianNationsCupChess https://t.co/qSgYCNNhTL #FollowChess 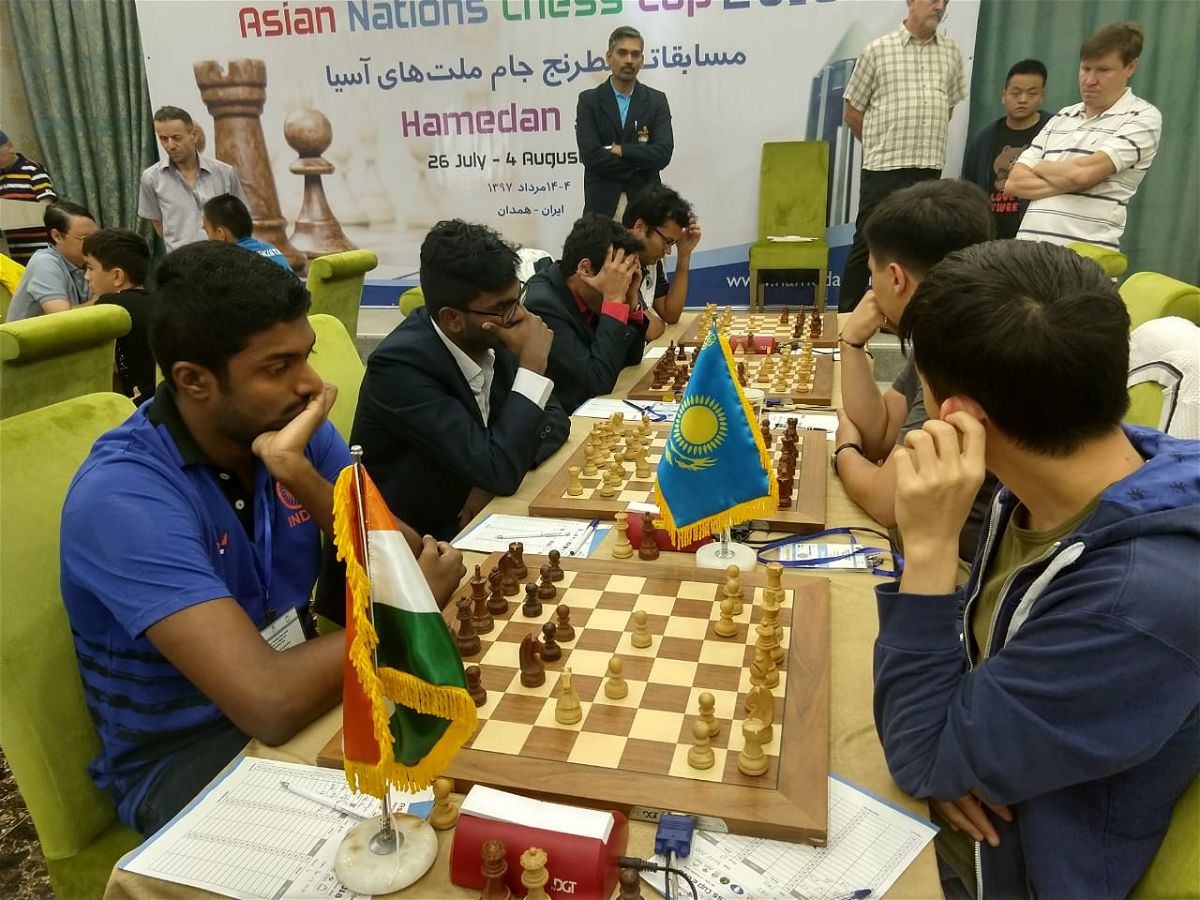 In round three India were equally merciless with Kazakhstan beating them 3-1. This time it was Adhiban and Ganguly who provided the wins! | Photo: Swapnil Dhopade

Adhiban won with the black pieces against strong Rinat Jumabayev, while Ganguly took care of Kostenko

Ganguly's game against Kostenko was extremely complicated. The evaluations did fluctuate in the game but Surya managed to bring home the full point:

India is now in the second position with 5.0/6. But the surprise of the tournament was Iran Green getting the better of China. The young Iranian Green team is quite a formidable opposition and India take them on in round 4. It will be an exciting match to follow.

Rank after round three

The Indian women team had been slightly off colour at this event. After drawing the first round against Uzbekistan, they lost round two to China 3-1, but fought back and scored a 4-0 win against Iran Red. 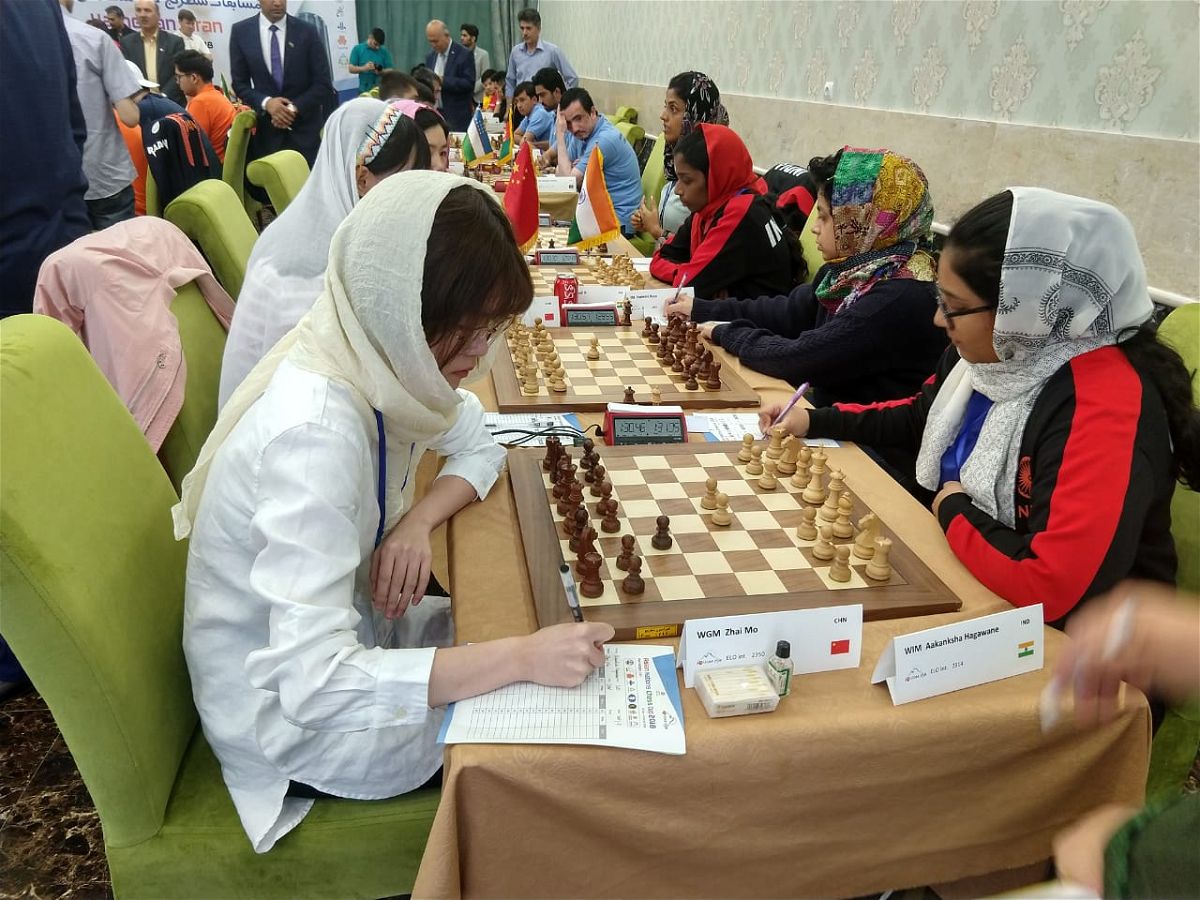 China was too strong for the Indian team | Photo: Swapnil Dhopade

Vaishali and Padmini were defeated by Shen Yang and Guo Qi 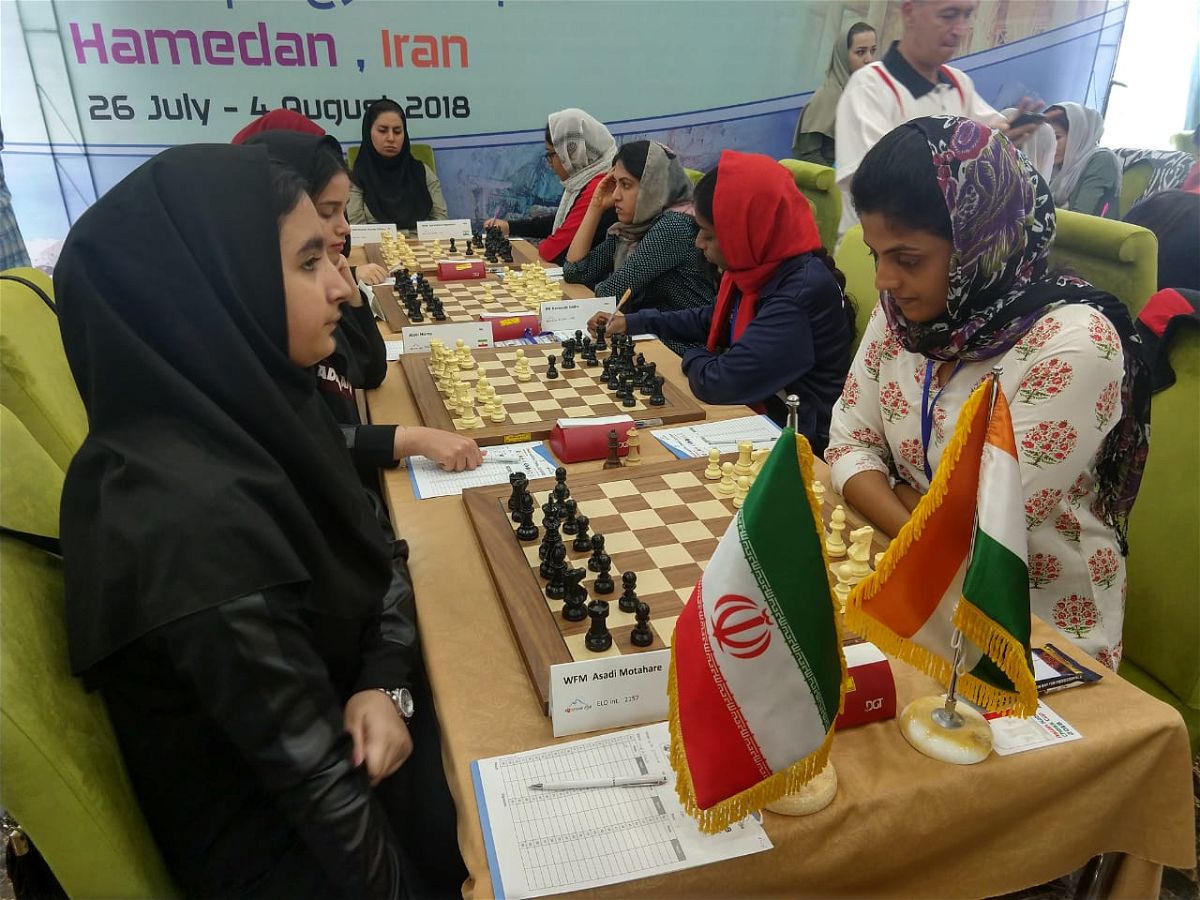 Padmini was given rest in round three against Iran Red. The opposition was not too strong, and girls did their job with a 4-0 victory | Photo: Swapnil Dhopade

The Indian women's team doesn't have too much time to recover as this is just a seven round event. They have to pull up their socks.