Top seed of the tournament IM Arghyadip Das scored an unbeaten 8.0/9 to win All India Open Rapid Rating Tournament at Vijayawada, Andhra Pradesh. He earned ₹21000 cash as the first prize. Untitled Nikhil M also finished with the same score. However, he had to settle for second place due to less tie-break score. He won ₹15000. Eight players finished at 7.5/9. IM Ravi Teja S had an identical score as the eventual champion till the penultimate round. A draw in the final round cost him the championship, and he was placed third as he had the best tie-breaks among the group of eight players. He received ₹10000 as third prize.

The top five players remained undefeated in the tournament. Three out of the top five were secured by players from Andhra Pradesh. A total of 422 players including 5 IMs participated from 14 states across the nation in this two-day rapid rating tournament held on 23rd and 24th October. The total prize fund was ₹100,000. 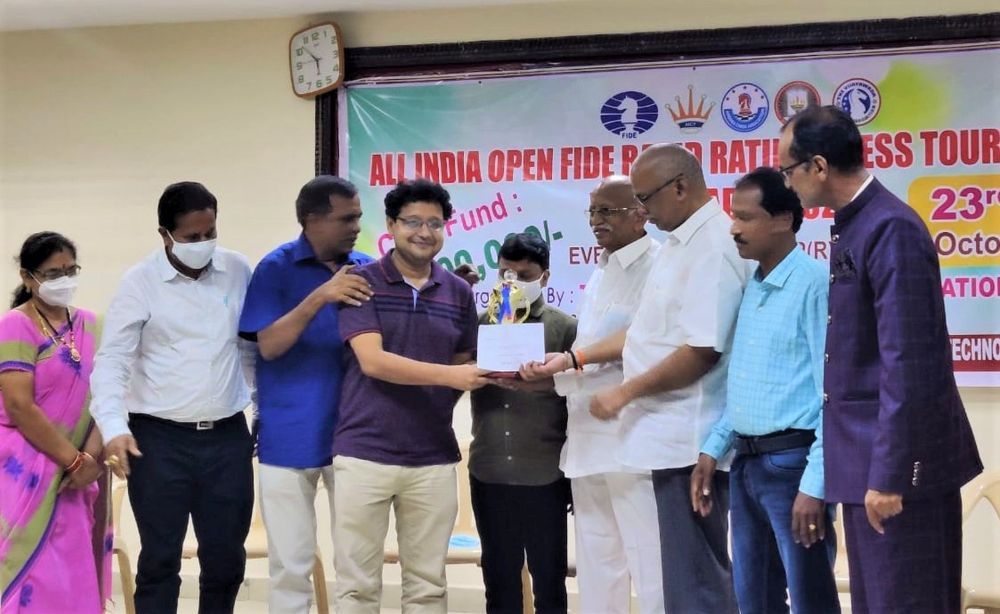 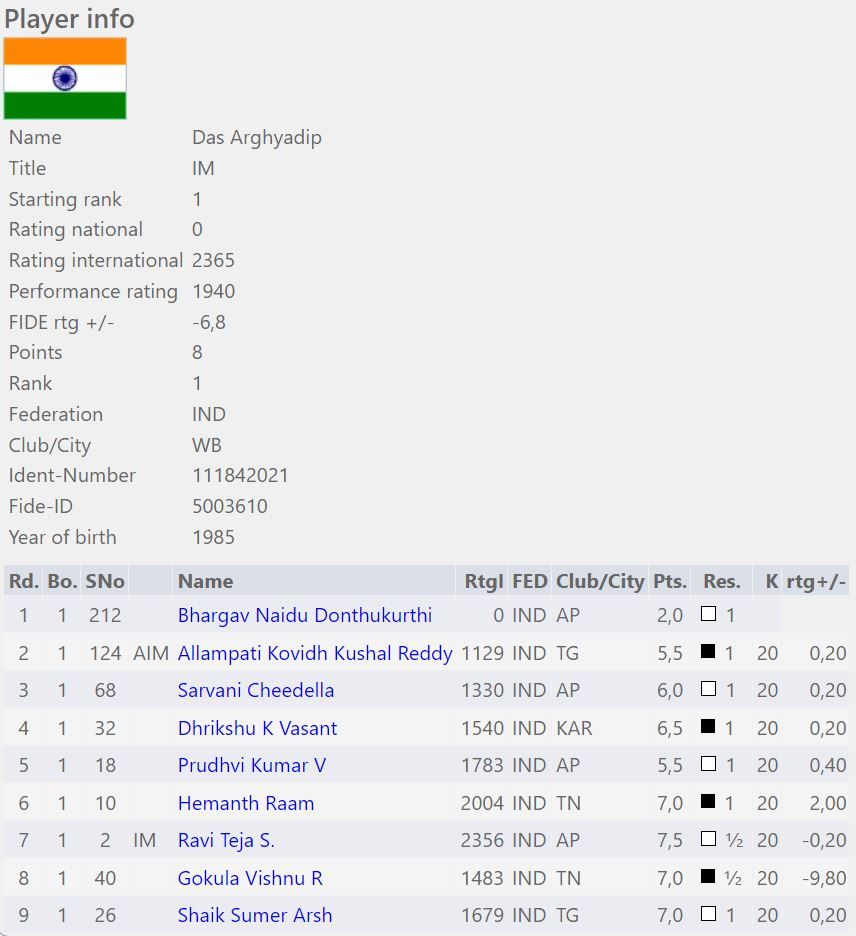