IM Al Muthaiah scored a mammoth 9.5/10 to win 3rd Shaastra Rapid Rating. Muthaiah finished ahead of two GMs and nine other IMs. His only draw was against the 12-year old budding talent of Tamil Nadu, Pranesh M who finished at the 2nd position with a score of 9.0/10. K Senthil Maran secured 3rd position scoring 8.5/10. Defending champion and top seed GM Deepan Chakkravarthy scored 8.0/10 and he was placed 8th. Second seed of the tournament GM Laxman R R was adjudged 4th due to a lesser tie-break score than Senthil. The two day rapid rating tournament organized by IIT Madras witnessed the participation of 434 players including 2 GMs, 10 IMs and a WGM. Prof. IA R Anantharam brings you photos and annotated games by the players themselves. 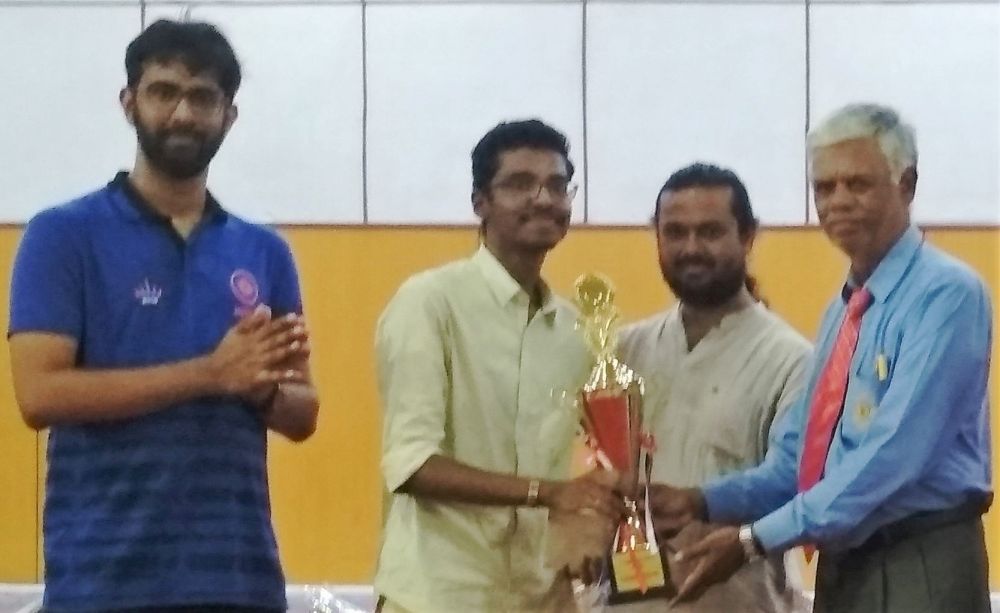 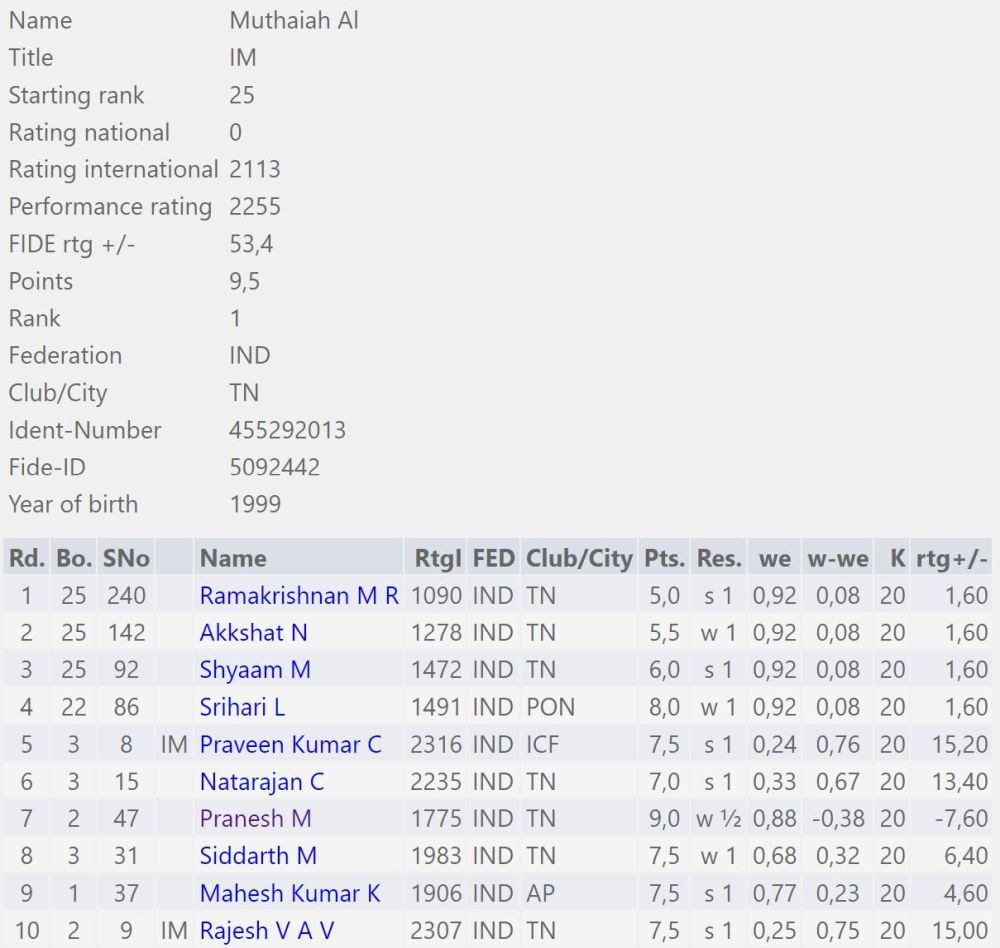 12-days ago IM Al Muthaiah won a classical rating tournament. He is also the reigning Tamil Nadu State Rapid champion. He scored 9 wins and 1 draw. The draw was against Pranesh M in round 7. Here is an annotated game by the champion himself. 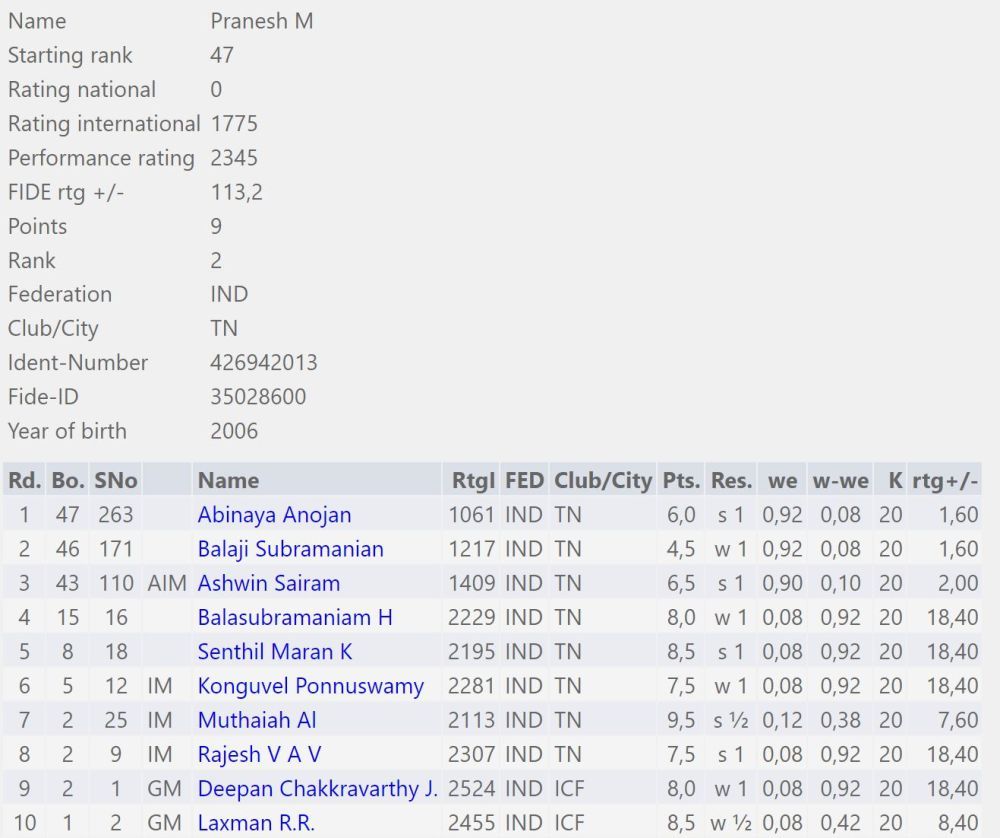 Pranesh scored his maiden IM norm in Chennai Open early this year. He is also the reigning National School champion in under-13 boys category. Pranesh had another phenomenal at run this tournament where he claimed IM P Konguvel, VAV Rajesh and top seed GM Deepan Chakkravarthy as his victims and drew with the eventual champion of the tournament IM Al Muthaiah and GM Laxman R R. Here is a game of Pranav against IM VAV Rajesh from round 7. 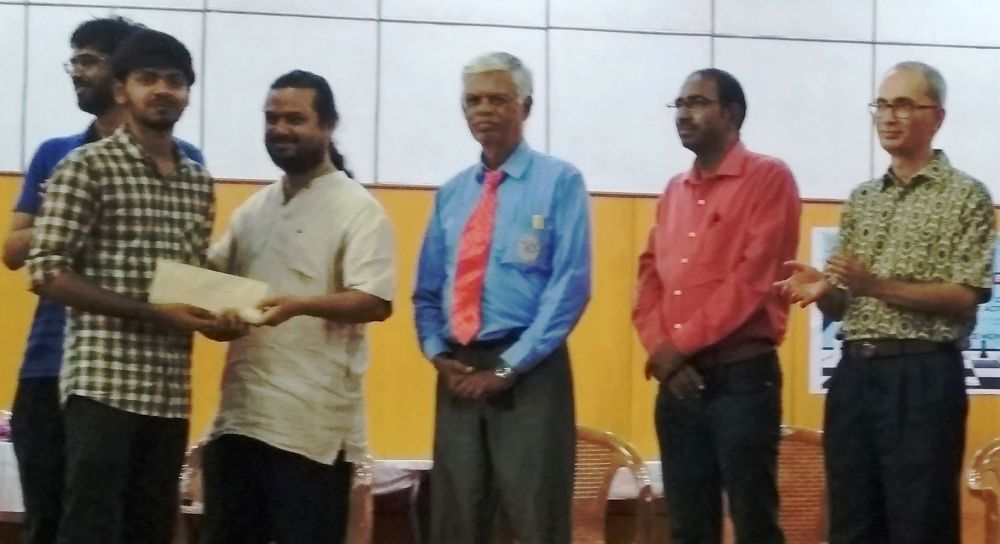 Senthil Maran suffered his only loss of the tournament against Pranesh who became the eventual runner-up of the tournament, in round 5. He also drew with S S Manigandan in the penultimate round.

Pranesh is not fazed, even though he is facing a tough challenge in the form of GM Laxman R R in the last round | Photo: R Anantharam

GM Laxman R R lost only one game in the entire tournament against Prasanna S in round 5. He drew with Pranesh M in the final round to finish 4th with a score of 8.5/10. Laxman defeated 11-year old M Bharath Subramaniyam H in the penultimate round of the tournament in a fantastic fashion. 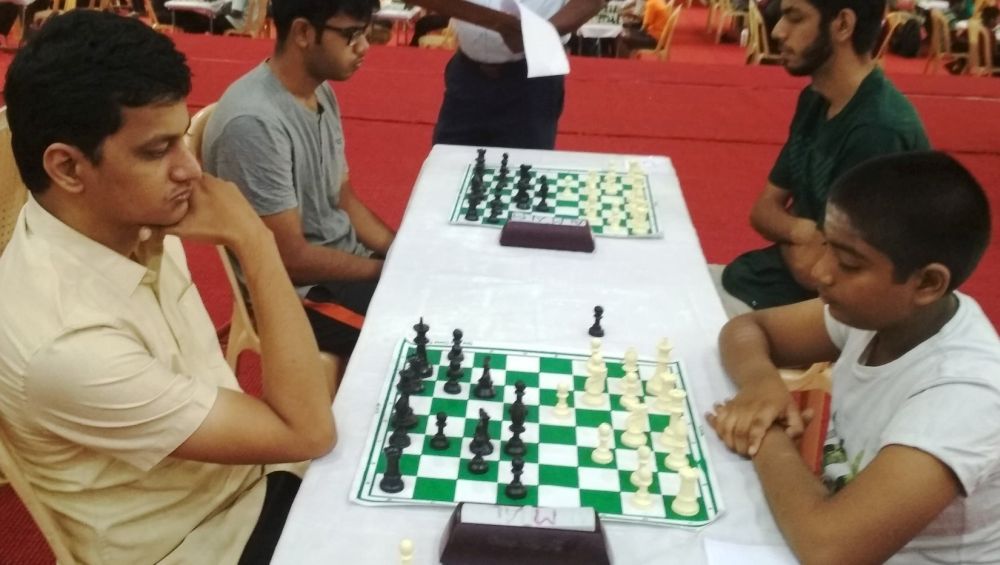 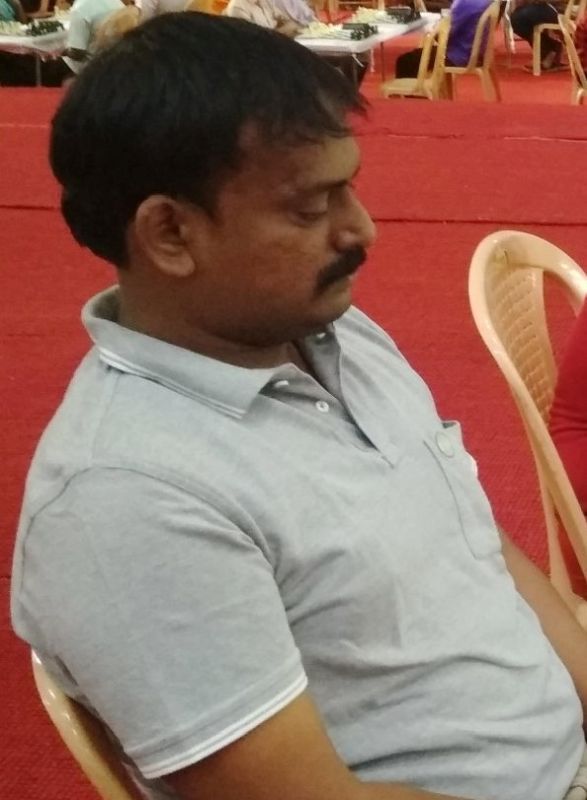 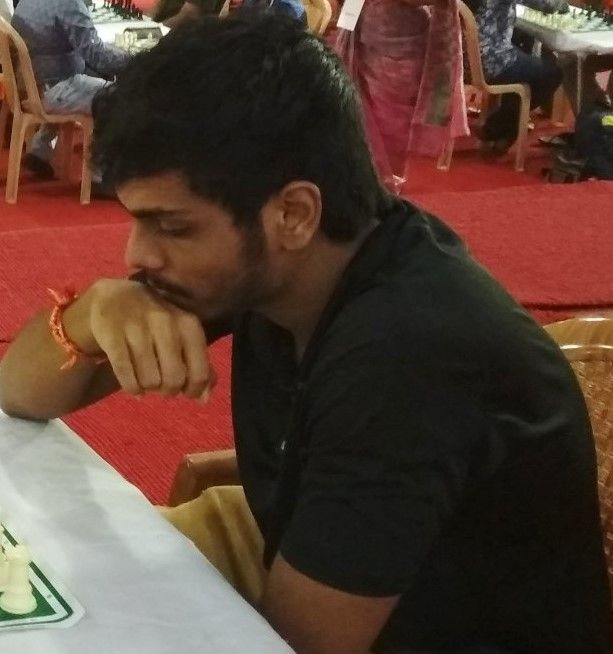 Defending champion and top seed of the tournament GM Deepan Chakkravarthy was shocked by N Surendran in round 4. He suffered his second loss of the tournament against Pranesh in the penultimate round. Deepan scored 8.0/10 and he was placed 9th | Photo: R Anantharam 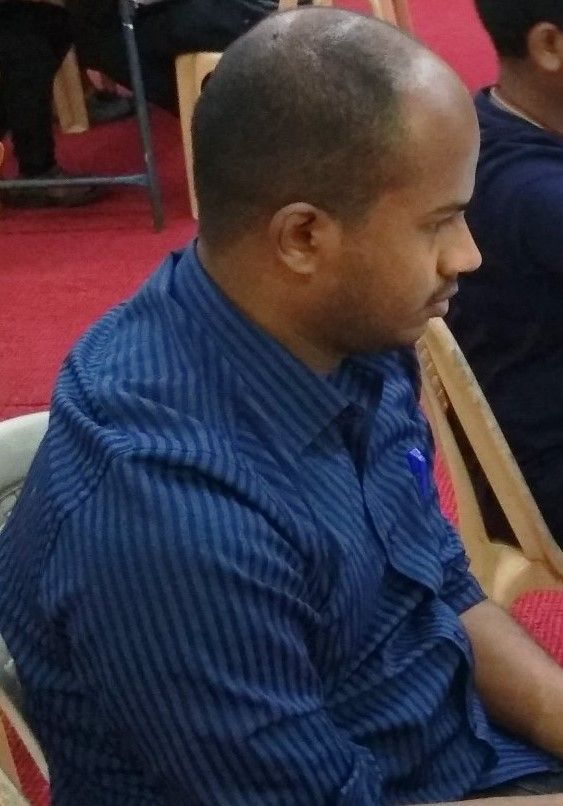 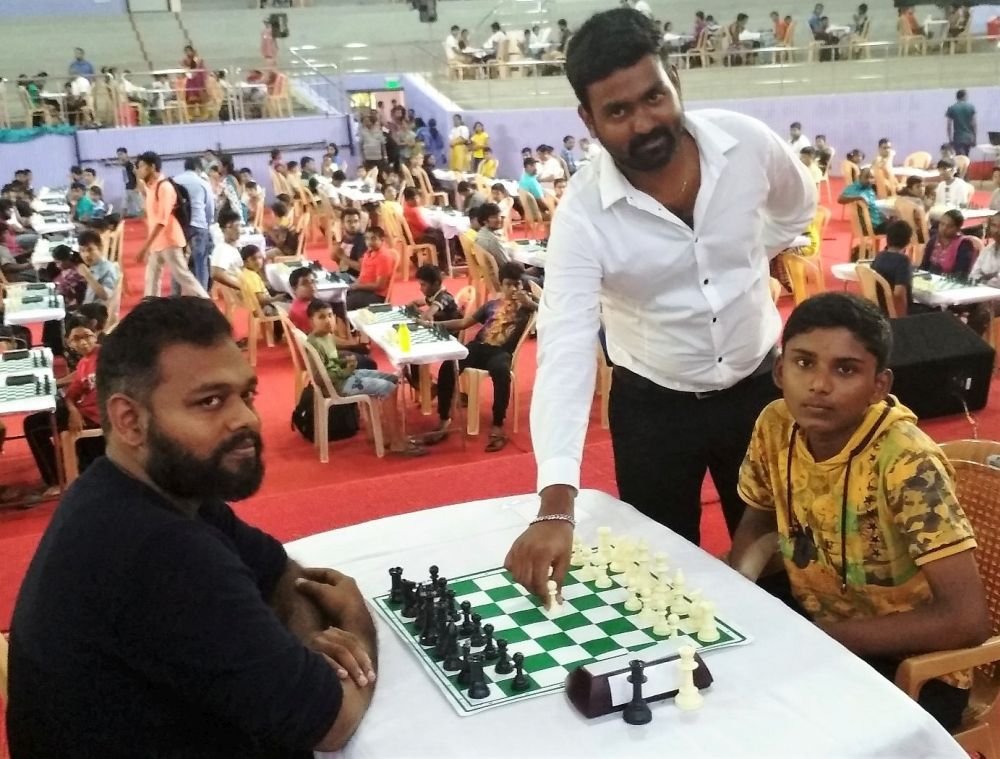 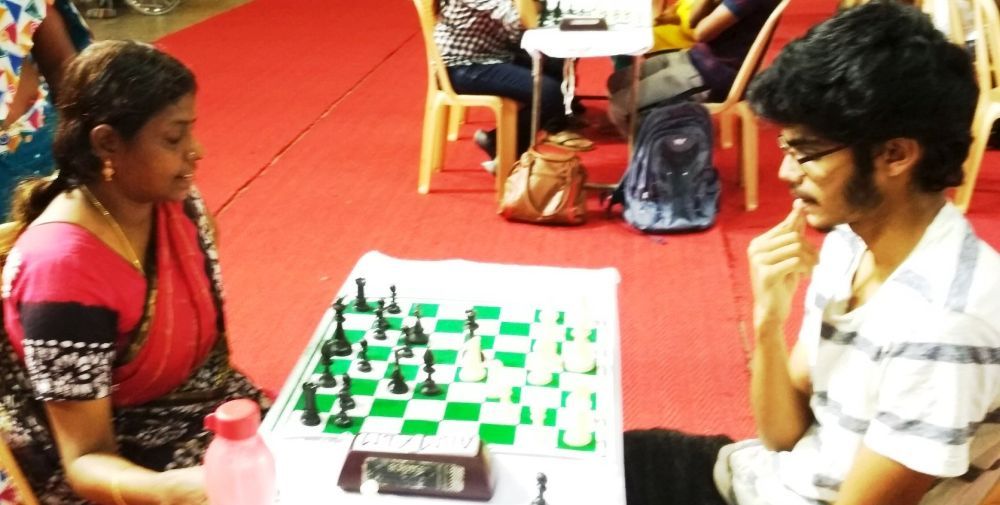 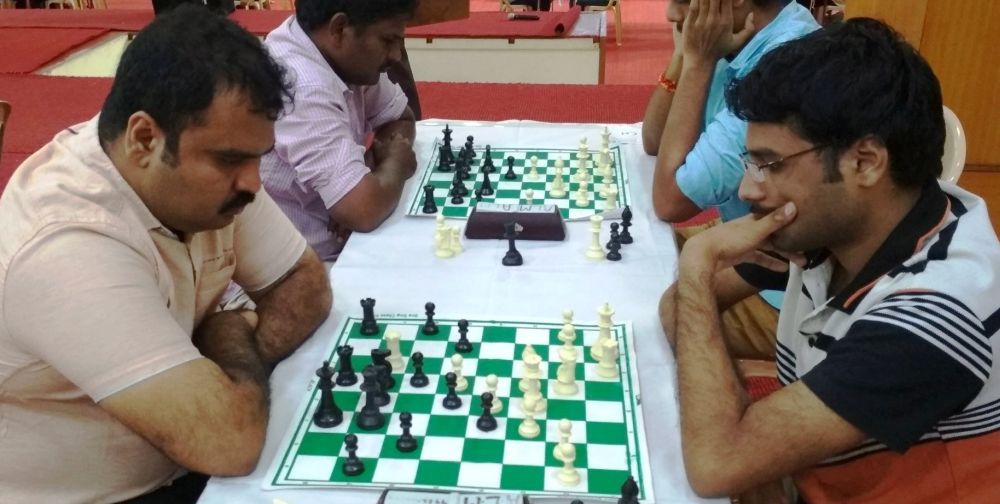 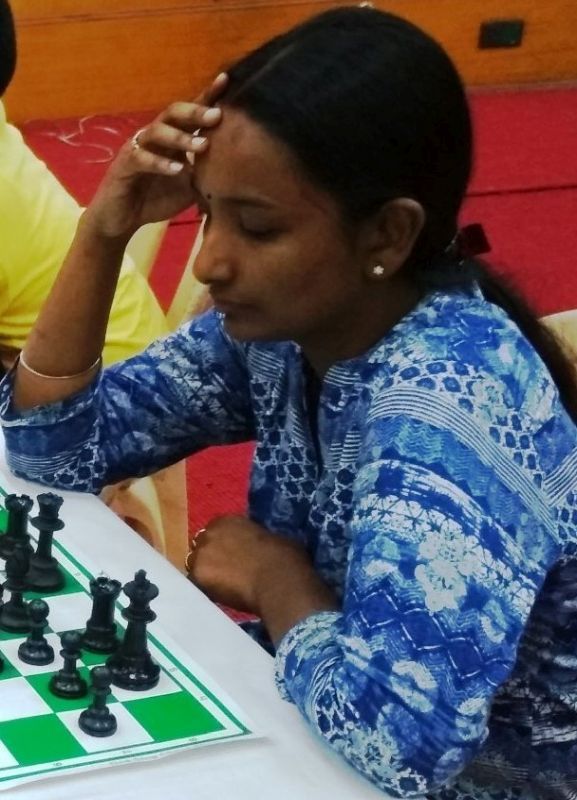 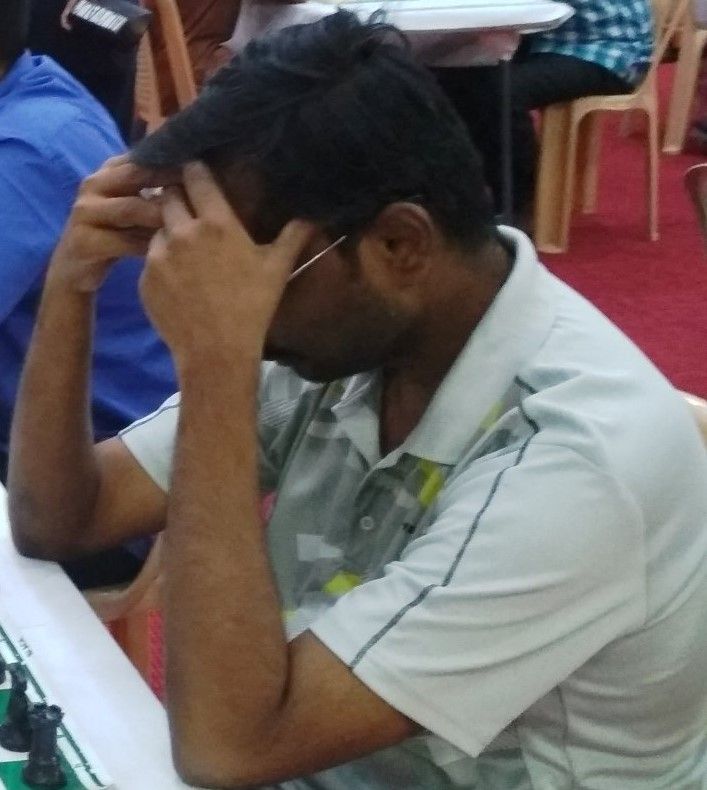 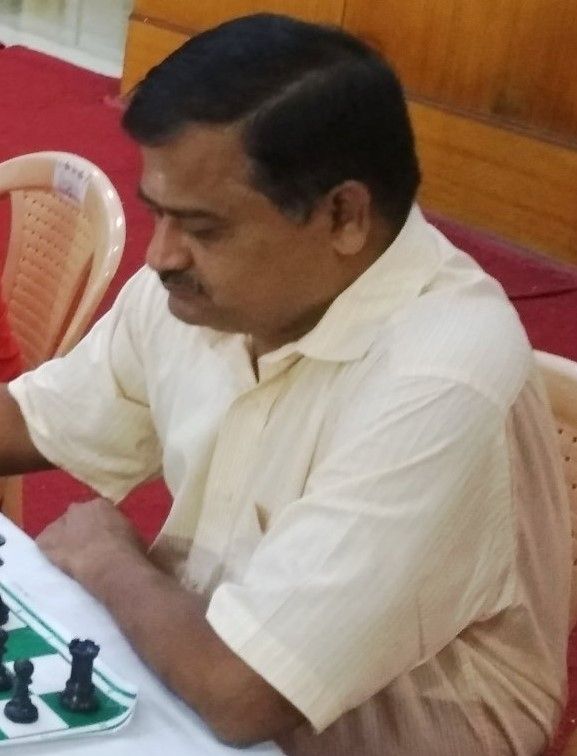 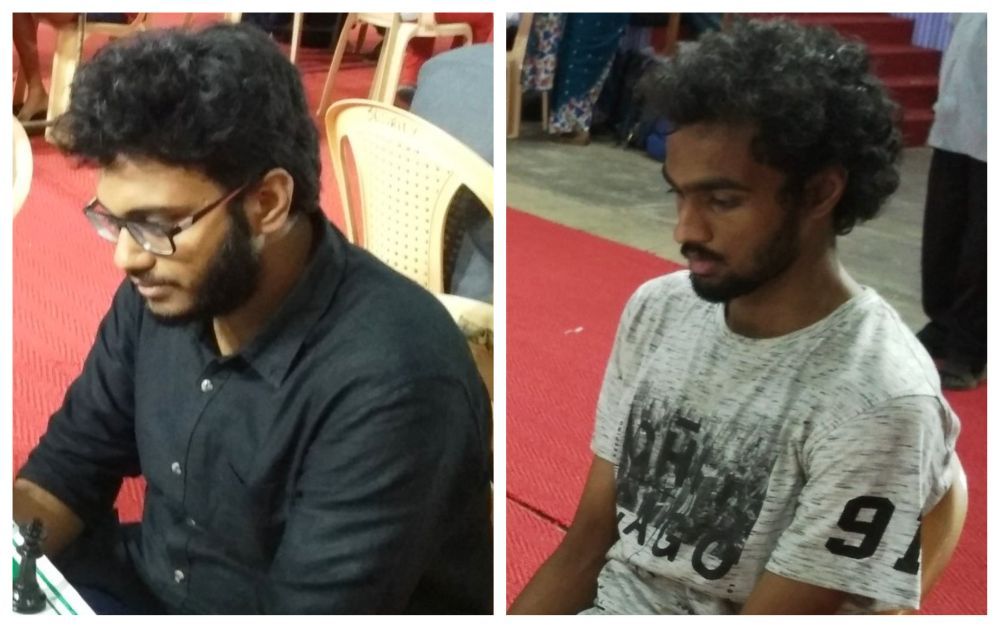