After having narrowly lost to India in the second round, the Chinese team came back with a bang in the fourth round of the 3rd India China Chess Summit beating the host team with a  3½-½ margin. Murali Karthikeyan lost his second game in a row to Xu Yinglun; Srinath Narayanan went down against Lu Shanglei; and Aryan Chopra simply collapsed in an equal endgame against Bai Jinshi. Aravindh Chithambaram was the only Indian to remain undefeated as he was held to a draw by Xu Xiangyu. Round 4 report.

After the first three rounds at the 3rd India-China Summit, the Indian team was still savouring its lead after having edged out China in the second round. However, round four turned out to be a rude awakening for the Indians as they suffered a crushing 3½-½ defeat. With this win, China has not only levelled scores in terms of match points, they have also surpassed India on the second tiebreak i.e. board points.

On the top board, GM Srinath Narayanan went all guns blazing at Lu Shanglei with the black pieces in the Zaitsev variation of the Ruy Lopez. On his 17th turn, Srinath came up with a novelty to open up lines against the white king and eventually gave away his ‘d’ pawn to unleash his bishops. 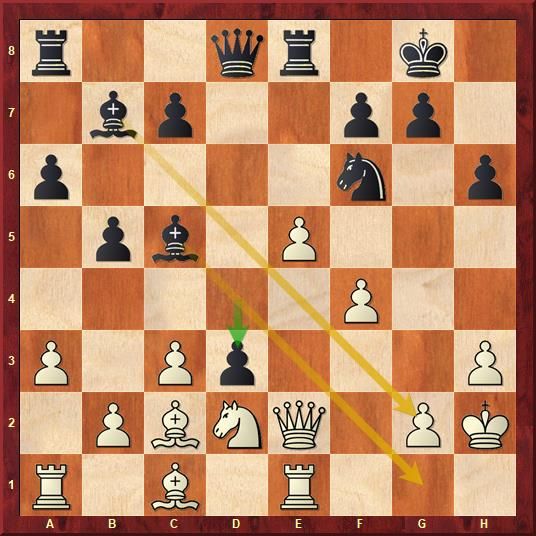 After white took on d3 with the bishop, Srinath continued with the sham sacrifice 20…Ng4+. The knight, of course, is immune from being captured by the pawn as 21.hxg4 would lead to instant mate with the queen. Lu took on g4 with the queen and after 21…Qxd3 22.Nf1 Bf2 23.Qe2, white forced an exchange of queens. 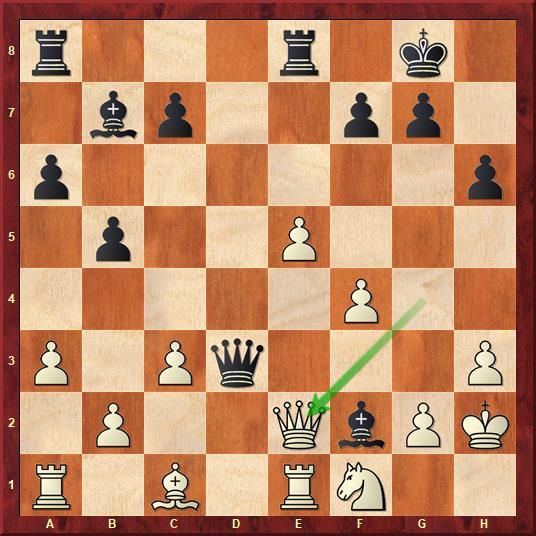 Once the queens were off the board, black’s pawn deficit began to become a lot more pronounced. Srinath’s bishop pair hardly helped his position as Lu rolled his central pawns forward over the next few moves. Srinath tried to keep a blockade on white’s far advanced ‘e’ pawn but Lu found all the right moves and forced resignation on the 49th move. 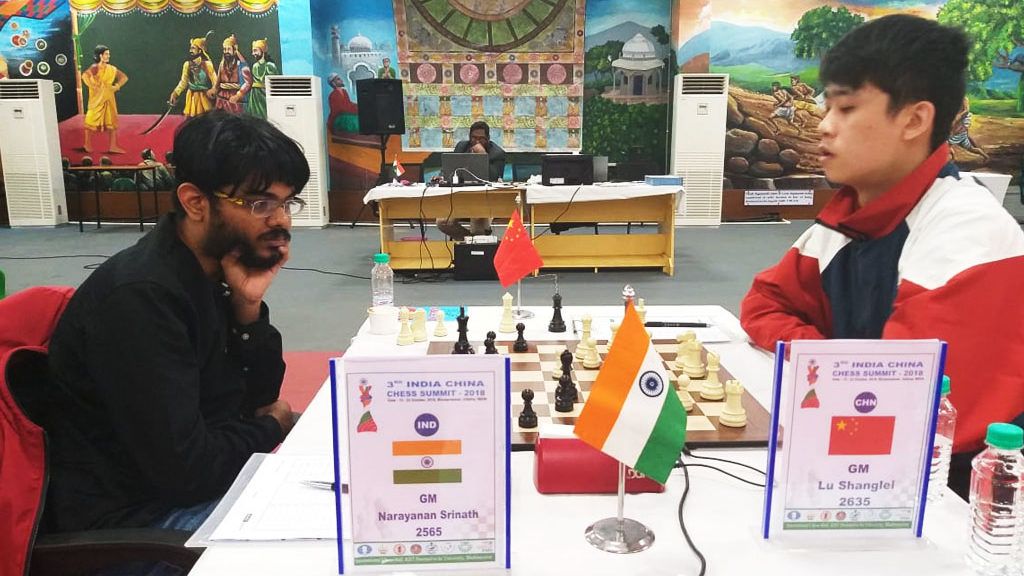 Aryan Chopra’s game against Bai Jinshi was the shortest game of the round, lasting only 36 moves. The opening was a Queen’s Gambit in which both players broke open the centre very early in the game to reach a symmetrical position. Having exchanged queens quite early in the game, Aryan flung his ‘a’ pawn down the board and eventually liquidated into an equal endgame. But while the game seemed to be drifting towards a draw, Aryan allowed his opponent to bring both of his rooks to the seventh rank and this spelt doom for the Indian. 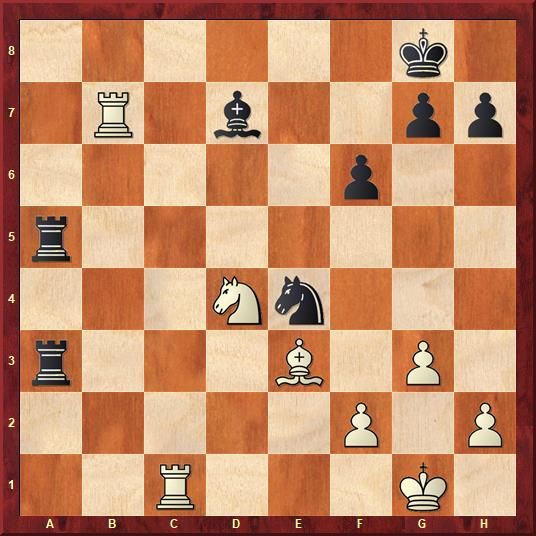 White has just entered with his rook on the seventh rank with 30.Rb7. Defending the seventh rank was crucial at this point and 30…Ra7 was called for. However, Aryan went looking for counter chances against white’s back rank with 30…Bh3 but after 31.Rcc7 Ra1+ 32.Bc1, the white rooks wreaked havoc in the black camp. 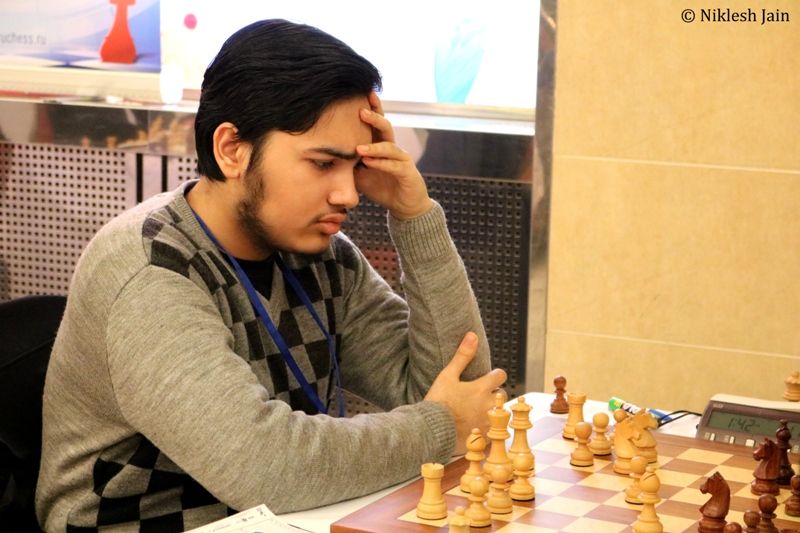 A minor slip in the endgame lost Aryan Chopra the full point in round 4 | Photo: Niklesh Jain

On board three, Murali Karthikeyan lost his second game in a row to Xu Yinglun in the fourth round. Karthikeyan had the white pieces this time and had come up with a novelty in the English Opening. This hardly did much to create an imbalance, however. The position remained equal all through the middle game and the ending.

Over 50 moves into the game, the players were still fighting in an equal but double-edged knight endgame. While the position was equal in the opinion of the computers, one false move could have had disastrous consequences for either side. Unfortunately for Karthikeyan, it was he who erred first. 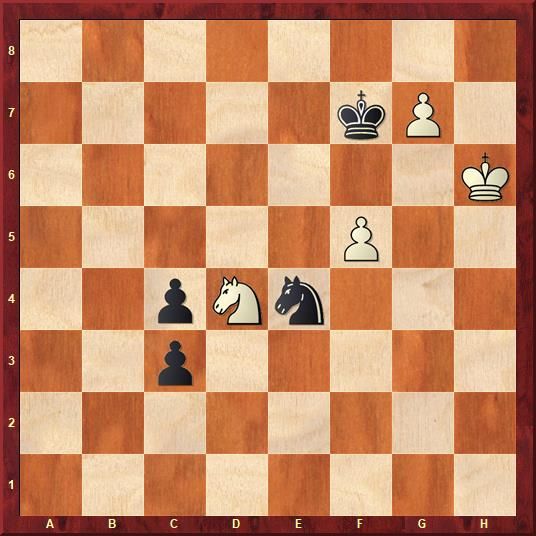 The position is dead equal here. White could move his king to h7, his knight to c2 or even give up his g pawn with g8=Q and retain equality. However, it is key to keep black’s ‘c’ pawn in check. But Karthikeyan clearly wanted more than a draw and miscalculated in his quest. He played 57.Nb5 in the position and now this is dead lost. Black pushed on with 57…c2 and after 58.Nd6+, just went 58…Kg8. Perhaps, this is what white had missed. If Black had been forced to take 58…Nxd6, white is winning after 59.Kh7. 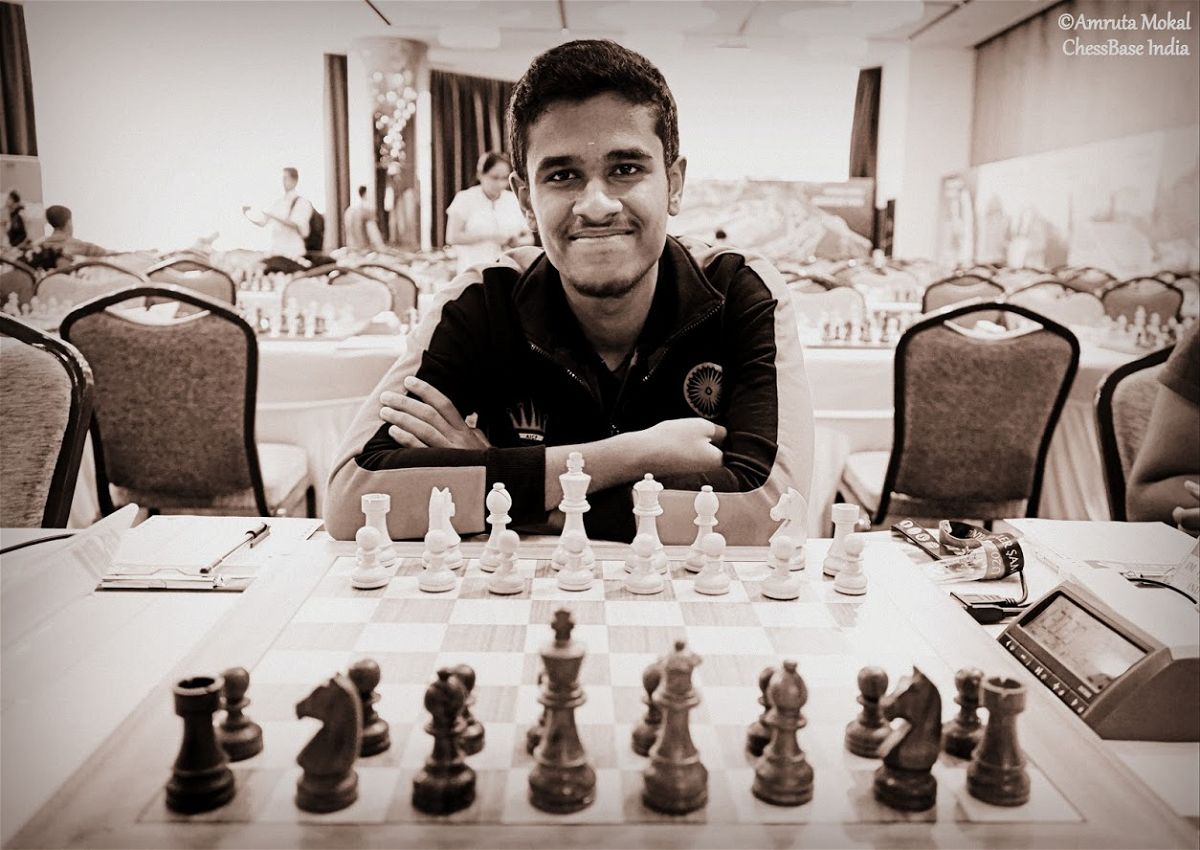 Murali Karthikeyan pressed too hard to win and had to suffer a loss in the end | Photo: Amruta Mokal

Aravindh Chithambaram was the only Indian to not suffer a defeat in the fourth round. But that hardly meant he had an easy day. It was only after an 83 move long marathon that the Chennai based teenager had managed to sign the truce.

In a Sicilian Kalashnikov, a mass exchange of pieces had left the players in an equal minor piece endgame within the first 25 moves. Chithambaram was slightly better because of his bishop pair but this was hardly enough to give him anything substantial. Chithambaram fought hard, nevertheless, and tried to eke out an edge by giving up a pawn. This did lead him to a king and pawn endgame where he had an extra pawn but the final position was still a theoretical draw.

GM Aravindh Chithambaram was the only Indian to not suffer a defeat in round 4 | Photo: Amruta Mokal