India's terrific trio at the 18th IPCA Championships in Prague

Indian chess has some brilliant chess players up its fold, right from five-time reigning World Champion to the 12-year-old second youngest GM in the world R. Praggnanandhaa. But today we are going to look at three of our champions who have braved all sorts of odds to come out victorious on the chess board. They playing chess shows not only how great the sport of chess is, but also what gritty, determined and courageous individuals they are. We are talking about the terrific trio of IM Shashikant Kutwal, WIM Jennitha Anto and Samarth Rao who are representing our country at the 18th IPCA World Championships currently taking place in Prague. 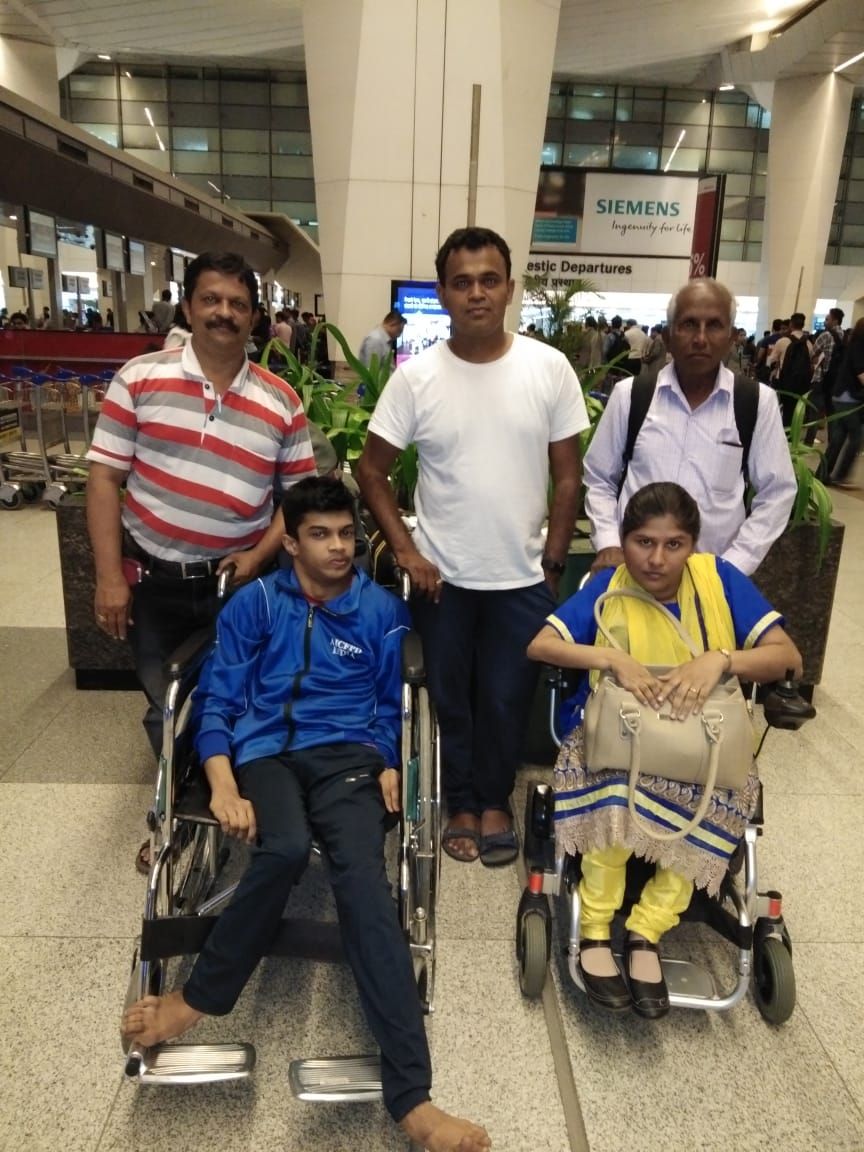 The reigning IPCA world Champions Shashikant Kutwal (centre) and Jennitha Anto (right) with Samarth Rao (left), bronze in Junior category in World Championships. Also in the picture are fathers of Jennitha and Samarth. 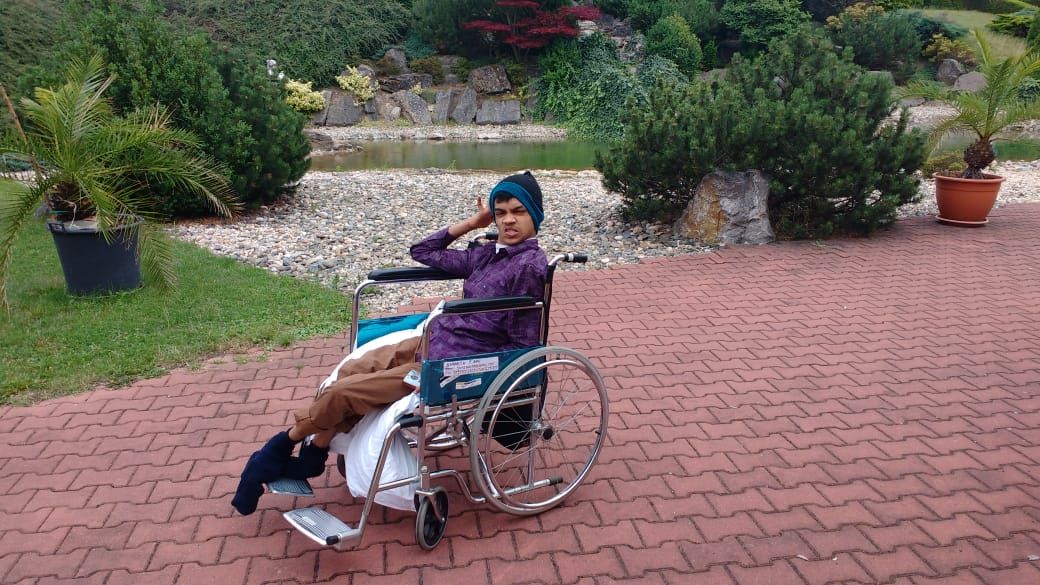 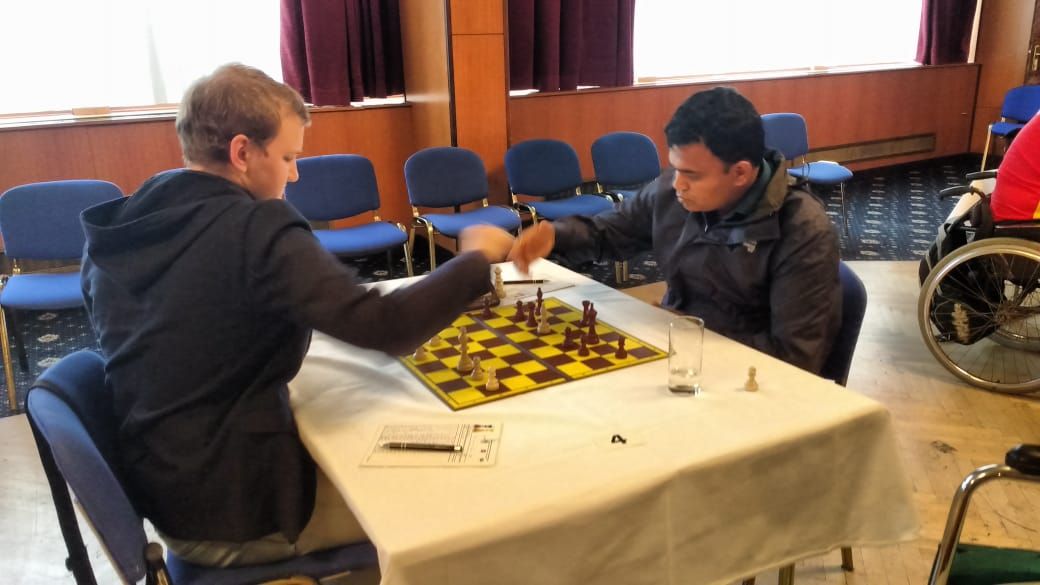 Shashikant Kutwal, hit by Polio at a very young age, is the reigning IPCA World Champion

Jennitha Anto, also like Shashikant was hit by Polio at the age of three, is five-time IPCA Woman World Champion

Shashikant, Jennitha and Samarth are currently in Prague playing in the 18th IPCA Championships. The tournament has not been going so well for all three of them. Shashikant was on 3.5/4 but lost to Polish youngster Nowak Lukasz in the fifth round. Jennitha is on 2.5/5, while Samarth is on 1.5/5. 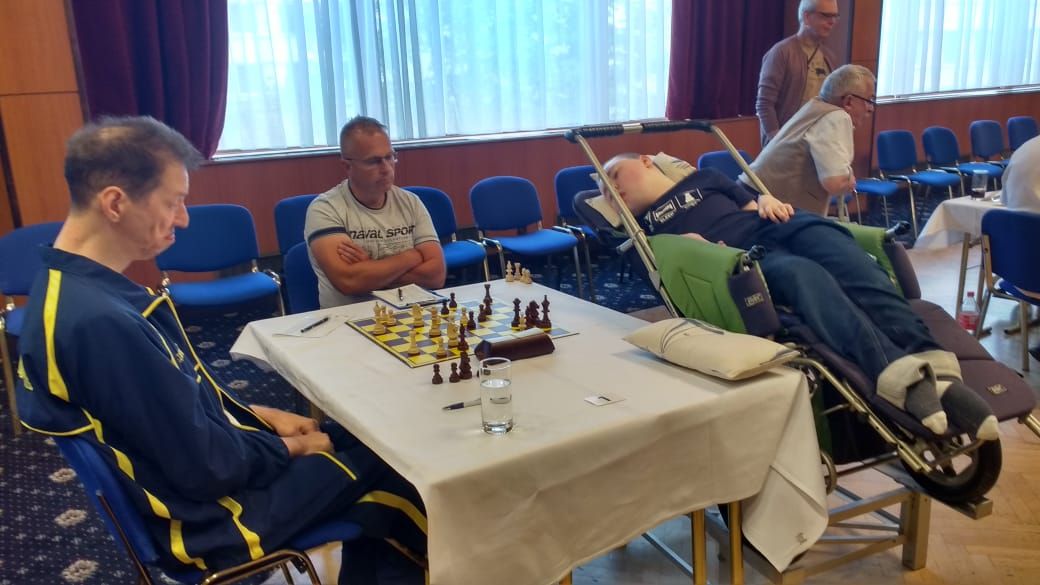 The boy who beat Shashikant is Lukasz Nowak (right)

In 2017 when I met Lukasz in Poland, I wrote this about him in my ChessBase report: One of the most inspiring players in the tournament hall was Łukasz Nowak. The 19-year-old from Poland was just a few months old when he was diagnosed with a spinal muscular atrophy in its hardest form. When he was seven, his grandfather taught him to play chess. Łukasz  really liked the game and after five years decided to play his first tournament - Najdorf Chess Festival in Warsaw. The boy kept working on the game and his level improved. In 2011 he won a bronze medal in the Warsaw Youth Olympiad and a few months later he became the IPCA World Youth Champion. 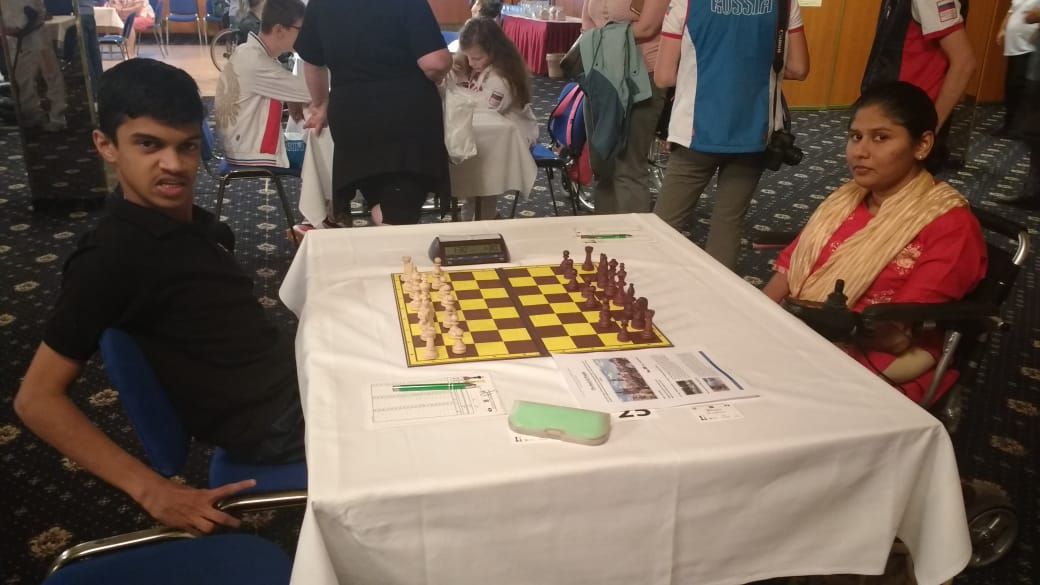 In the first round it self Samarth and Jennitha faced each other. The five-time World Champion was able to emerge victorious! 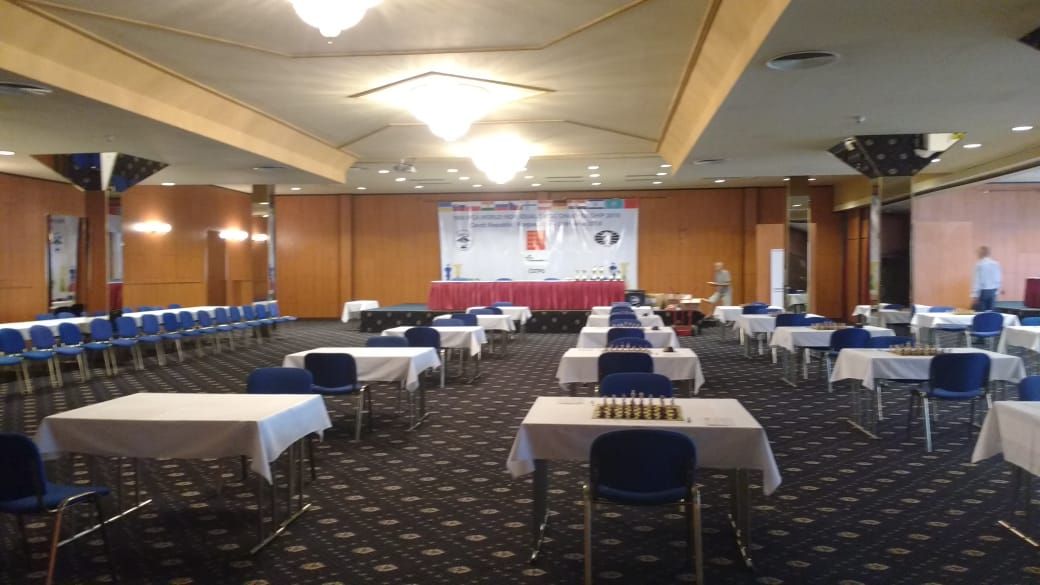 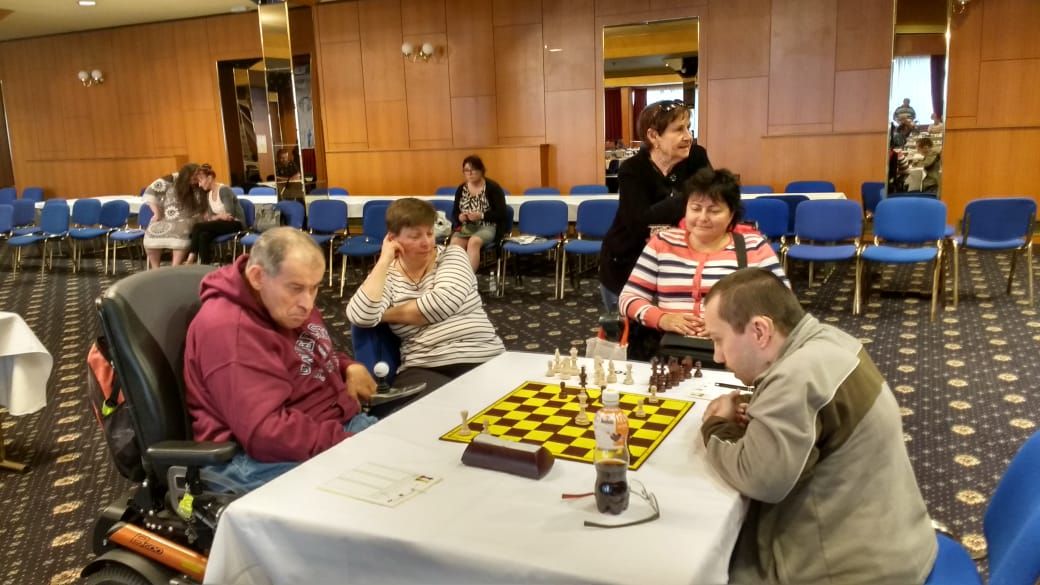 If you are a helper and you enjoy chess, it can be quite interesting to follow the games! 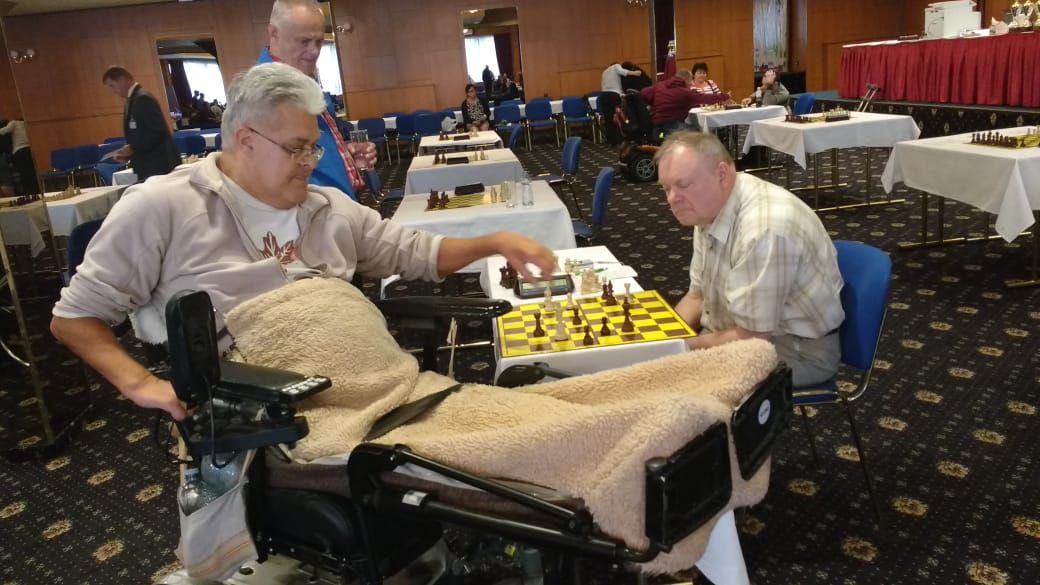 Fighting against all the odds to play the game you love! 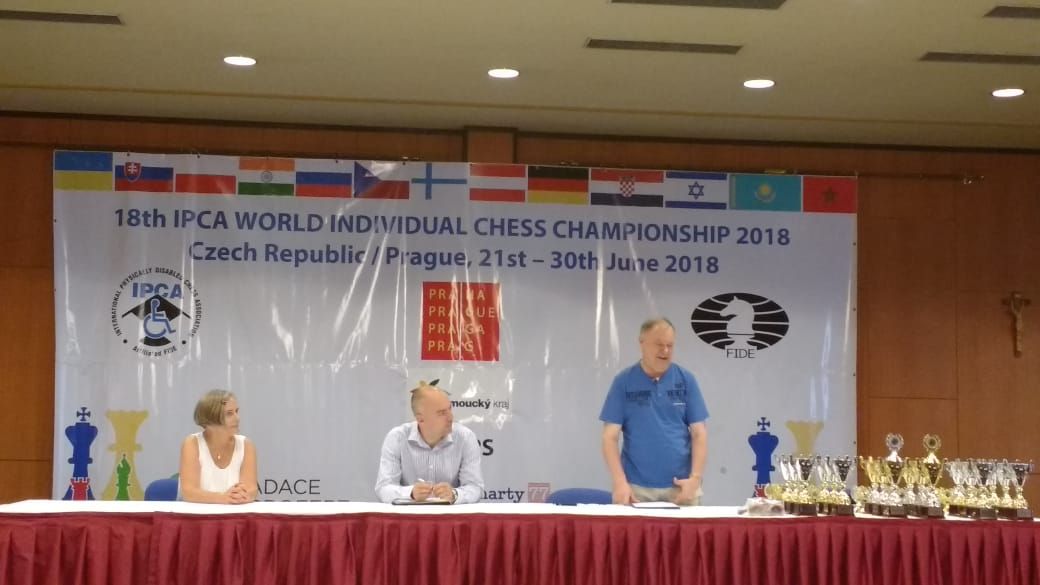 The organizers from Czech Republic have done a great job in hosting this event!

Do send in your best wishes to these champs for the last four rounds. Special thanks to Halsagar Chincholimath for making these photos available to us.