10 Tales Contest: And the winners are...

On the occasion of Kunte's Chess Academy's 10-year-anniversary, ChessBase India announced the '10 tales contest' where participants could share with us their memorable chess tales. The contest had a large number of entries and the following participants have secured special prizes from us. Read more.

Winning Stories of the 10 Tales Contest

Chess is a wonderful teacher. Through our games, whilst living through bittersweet moments that later become inseparable memories, going through a rollercoaster of emotions, we end up learning – both about the game and life. After a long-drawn cat and mouse chase, past those rash tactical shots and placid strategic maneuvers, chess etches on our minds life lessons that remain with us forever. It’s a game that teaches you to be kind and ruthless at the same time; to be aggressive while still maintaining humility; to never give up, but when time comes, accept defeat gracefully and stand up dusting your pants afterwards.

To encourage our readers to share their chess memories with us, ChessBase India, in collaboration with Kunte Chess Academy, had come up with the 10 Tales Contest. Thanks to all the participants, we received some wonderful stories, out of which we’ve picked out the best three for you. Also worth mentioning here is that these participants, whose stories have been featured below, will be given the below-mentioned prizes. 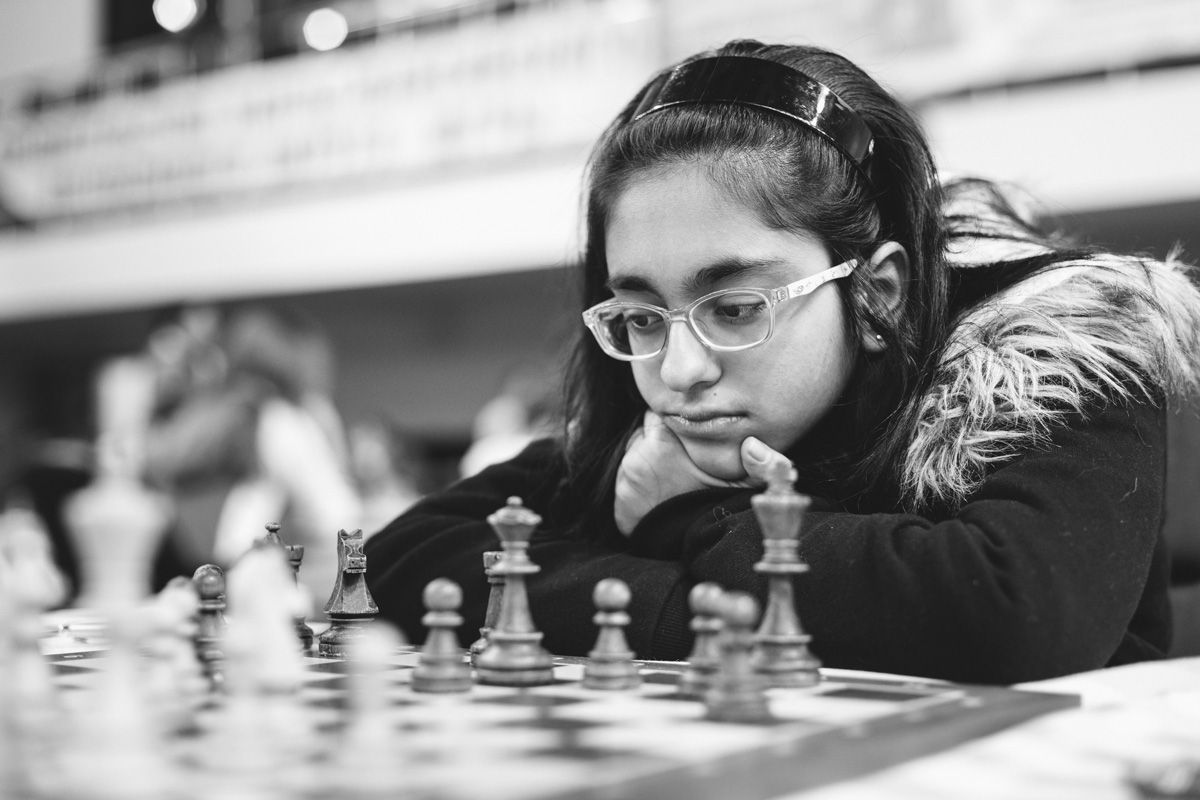 On the 22nd of March this year, 14-year-old Aashna was all excited to play at the prestigious Sharjah Masters and Dubai Open. However, after reaching the airport, her mother was not allowed to board the plane since her passport’s binding had come off. Aashna now had nobody to accompany her but she showed great determination to make it to Dubai all by herself to play at the aforementioned events. Read her story in her own words below.

"The long awaited day – 22nd March 2017 had finally arrived. I was extremely excited as I was going to play the super strong Sharjah Masters and the Dubai Open chess tournament. I just couldn’t wait to play the tournament.

My father dropped my mother and me to the airport but little did I know that I was in for a shock! The Air India authorities told my mother that the binding of her passport had come off so she was not allowed to travel. My heart was in my mouth! Mother was in a state of panic. She begged the authorities to allow her to travel with me but to no avail. I tried to keep a straight face. I certainly did not want to miss the tournament. My father immediately came to the airport for further discussions. I have never ever traveled alone in my life. I felt I might miss the flight, but I was adamant to participate in these prestigious tournaments. I told my parents that I wanted to go at all costs. Seeing my determination, they let me go to Dubai alone. It was indeed a bold decision.

But that wasn’t the end of all the trouble. The next day, my driver mistakenly drove me to the wrong place and we realized that the venue was way too far from there. After making it to the venue somehow, I found out that the round was postponed by an hour. I used that time to relax and won my first round against a strong opponent. Finally, after a long tumultuous sequence of events, I was able to breathe a sigh of relief!" 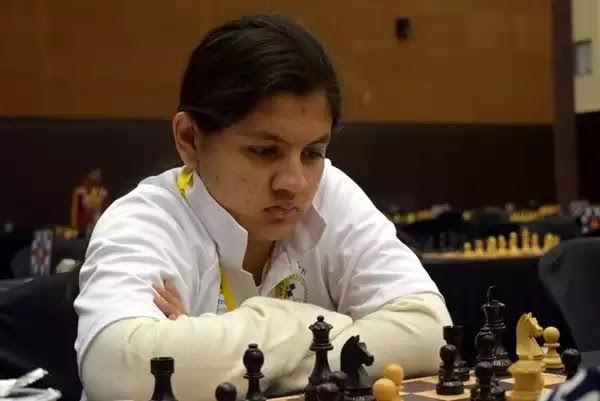 In her very first rated tournament, Devanshi had the opportunity to play against a future Grandmaster! Not only that, this future GM, although inadvertently, showed her how kindness and good sportsmanship takes you miles.

A lesson from a future GM!

“Seven summers ago, I played in my first rated tournament. It was the Delhi State Open FIDE Rated tournament in 2010. I was just a year into the game and it was my first ever rated tournament experience. Having lost and won my first and second round games against rated opponents respectively, I was rushing to the tournament hall to play the third round as I was a bit late. When I reached, the games had already begun. I reached my board and I bet that you won’t be able to guess as to who I was playing. It was none other than GM Akshat Chandra, who at that time was a 1500 rated player! He waited for me to come and play my move. He even allowed me to play my first move and take a few minutes to calm down as I had come in a rush. The match obviously ended in his favour, but I can never forget his gesture. Even today, I respect him for his kindness and wish that he becomes a super grandmaster soon.

This day taught me some extremely valuable lessons in life. It has been the most exciting day in my chess career, and I can never forget the events that happened on this day. This will always stay in my heart, and I think it made my chess career even more fruitful.” 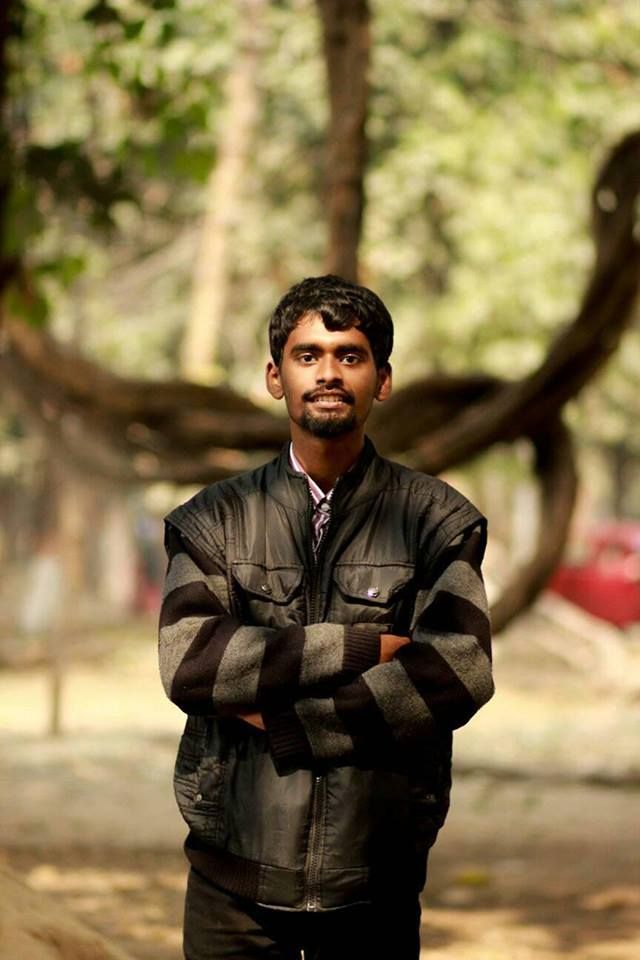 “Chess is a fairy tale of 1001 blunders” – SaviellyTartakover

Indeed there’s a lot of scope of making mistakes and learning from them in the game of chess. A wise old philosopher has gone so far as to say that he had learned so much from his mistakes that he wanted to make a few more! In Soumyadip’s story, he made mistakes not only over the chess board but also off it by underestimating his opponent. Chess is, after all, such a humbling game that if you take things too lightly, even a lower rated 8-year-old kid might triple jump you off the board! Read this incident matured Soumya into a matured human being.

A lesson on Humility

“Chess for me has always been much more than a game for me. Ironically, these black and white pieces are the ones that add colour to my dull life day-in and day-out. While I’m thinking about sharing a chess experience with you, innumerable stories are flashing on my mind like finishing my Maths exam early for a tournament round or lying at home to play at a tournament and so on. But since I am to choose only one, I’d like to share an experience which matured me into a better human being. It was the last round of a prestigious rapid chess tournament. I was paired against a young girl. She was rated much lower and I expected the game to be a cakewalk. I blitzed out my first five moves and suddenly, I realized I was going to lose a piece no matter how I played. I used up 15 of my 20 minutes while she had hardly spent any of her time. Rook down, I composed myself and played as well as I could have. Improving my position move by move, I got close to equality but with less than 1 minute on the clock, the task still seemed insurmountable. In a Rook + two pawns vs. Rook + two pawns endgame, I offered my rook as the last trick with merely 10 seconds on the clock. She captured the rook instantly and I got to execute the cute mating tactic that I had foreseen! It was the first tournament where I won a cash prize. Chess taught me not to ever lose hope and give up, respect everyone, no matter how old they are or what their rating is, and to keep my aggression on the board. I really thank my first chess coach Niladri Biswas for introducing me to this beautiful game.”

ChessBase India would like to congratulate all prize winners once again and thank all participants for sharing their stories.